Where Go Fund Me originally had a page asking for help for the family to meet medical expenses and to cover time spent with him at Arkansas Children’s Hospital, it now seeks help with funeral expenses. 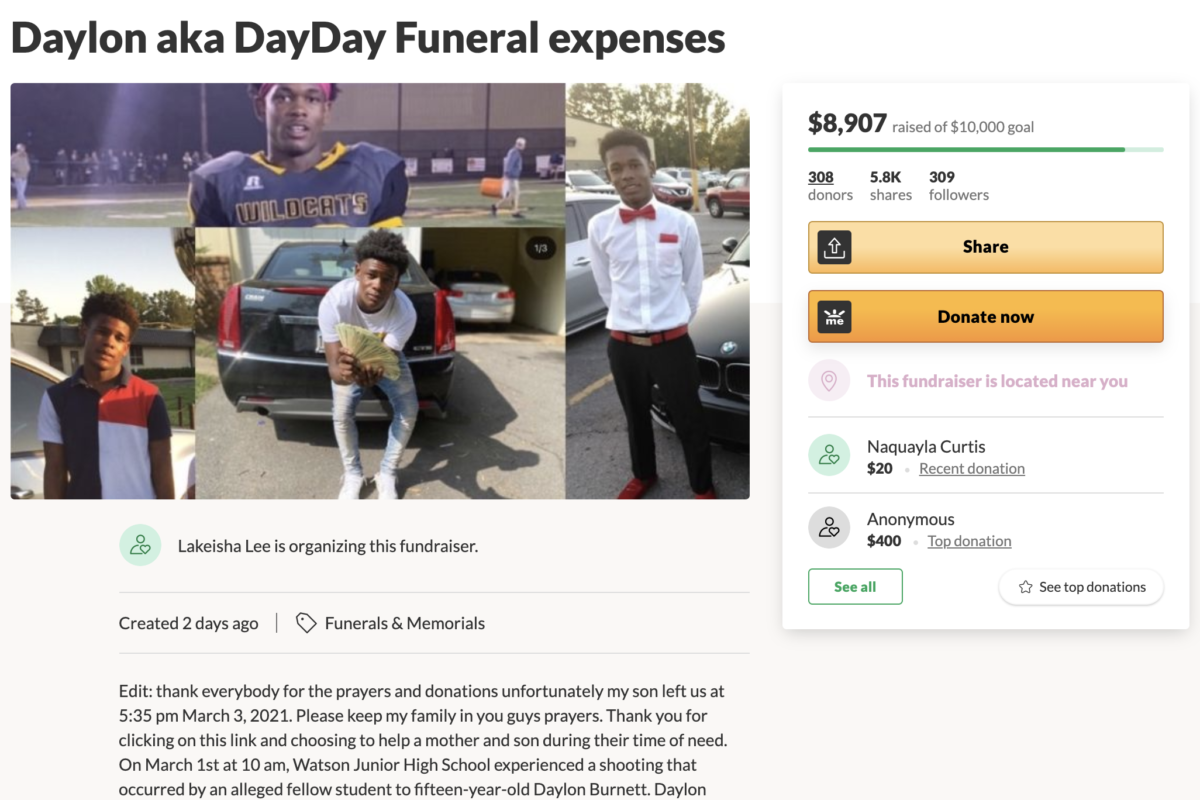 Thomas Quarles, 15, who was arrested near the school after the shooting, still in possession of a Ruger LCP handgun, was initially charged with first-degree battery as an adult and his bond was set at $1 million. The prosecutor said when the charge was filed it would be upgraded if Burnett died. His condition was listed as critical from the outset and police originally reported erroneously that he had died, but retracted that Monday.

PS: I Tweeted this original story with the photo of the victim sitting at the rear of a car, one of the photos used by his mother on her Go Fund Me page. Respondents on Twitter said it was a racist photo choice. I chose it for the size relative to the spot where we place thumbnail photos on our website and for its appearance as being near to his current age. It was a poor choice, now corrected.