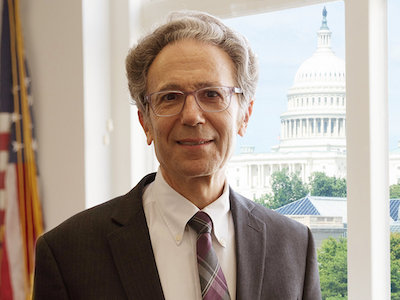 We don’t know, and may never know, the depth of granular corruption in the Trump administration, but here’s one more of them from NPR‘s David Folkenflik,

Michael Pack, who led the agency overseeing Voice of America, spent more than $1 million in public money investigating members of his own staff after they’d told him some of his plans might be illegal.

Government Accountability Project, a nonprofit that represents federal whistleblowers accusing Pack and some of his inner circle of breaking U.S. laws and regulations, shared an analysis it conducted of documents related to the contract between Pack and the law firm.

The documents, obtained under the federal Freedom of Information Act, are likely to add to Pack’s troubles even out of government; his actions have inspired numerous rebukes from federal and Washington, D.C., judges and in findings from official government investigators, and he remains the subject of other formal reviews.

(According to exchanges between USAGM staffers reviewed by NPR, November and December charges from the law firm exceeded $1.2 million. Those exchanges were not part of the documents released on Thursday.)

It was not immediately apparent what the controversy involving the former Secretary of State had to do with the investigation of the suspended USAGM executives. Clinton by then had already been out of office for more than seven years.

Pack is gone, at least.