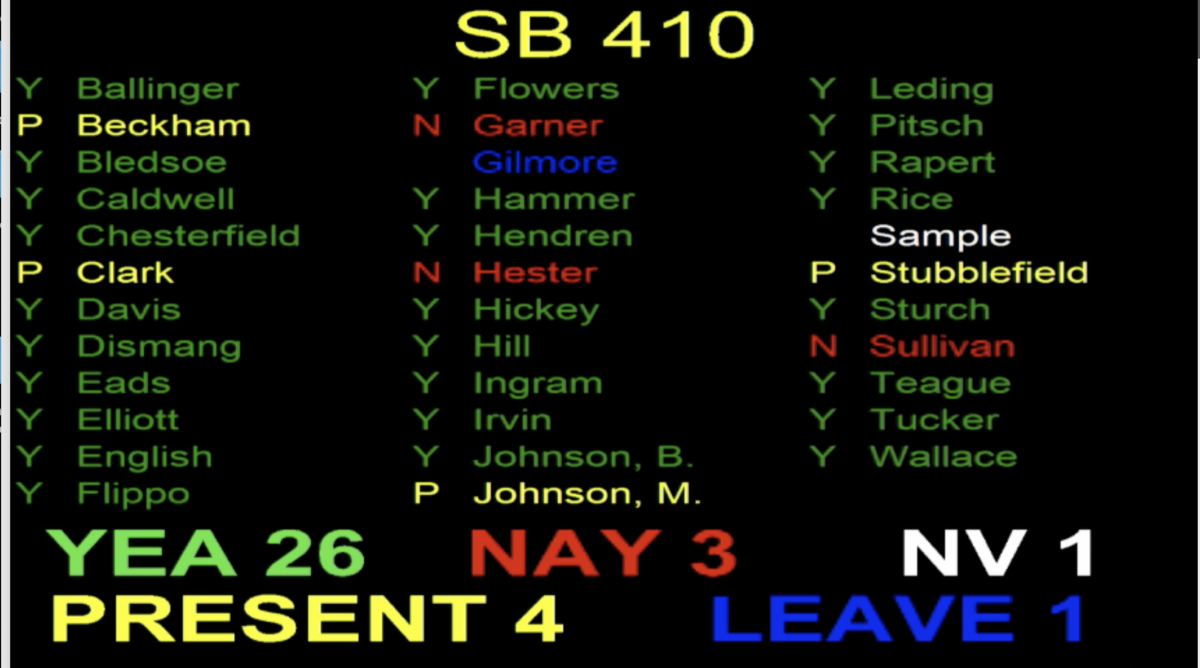 The Senate today approved SB 410 to continue the private option version of Medicaid expansion that has provided insurance through private companies. The vote was 26-3.

The program is being reworked this year to remove a work provision ruled illegal by courts and disfavored by the Biden administration. The new plan has been dubbed ARHOME.

It provides a supposed incentive for participants to work or get job training by giving them better private insurance if they do so. Otherwise, they are shifted to traditional fee-for-service Medicaid coverage, which isn’t always available from providers.

As David Ramsey wrote previously for the Arkansas Nonprofit News Network, the measure, which would still need federal approval, includes some additional costs for beneficiaries, wellness programs and new initiatives for rural health, maternal and infant health, behavioral health and some at-risk people. Sen. Missy Irvin talked about these health programs primarily in pitching the bill to the Senate. She didn’t mention the backstory of the state’s retreat from the work rule.

The add-ons amount to a bit of cosmetic improvement to a program long rejected by significant numbers of Republicans as dreaded Obamacare. But is now grudgingly accepted as a popular program serving 310,000 Arkansans that isn’t likely to go away. Attorney General Leslie Rutledge is continuing to pursue a fruitless court case to kill the Affordable Care Act in its entirety. Sen. Trent Garner called it nothing but “slick rebranding” of a program that should have been killed. “We’re putting lipstick on a pig and calling it a beauty queen.”

Sen. Clarke Tucker said he supported the program but said he was concerned about “churn” between those covered by private insurance and those in the fee-for-service Medicaid program. He said he’s counting on the department to deliver on promised program improvements and that those who are eligible are informed about it.

Sen. Jim Hendren, who opposed the program at its inception seven years ago, said his view had changed because it had brought Arkansas billions in new money and kept small hospitals open. “It would be a tragedy to discontinue a program so vital,” he said