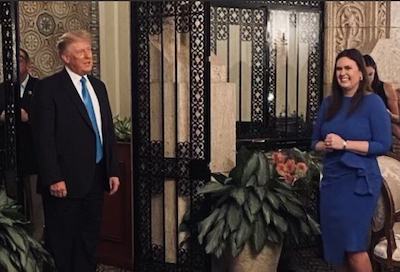 2022 gubernatorial candidate Sarah Huckabee Sanders bragged about a “surprise” guest at an undisclosed, non-Arkansas fund-raiser over the weekend.

The surprise guest was the guy Sanders was once employed to lie for and the setting was Mar-a-Lago, his home in voter exile. I look forward to seeing how much he charged Sanders for use of his place to raise money for her Arkansas campaign. It is a  campaign as yet unsullied by the mention of anything she’d do for Arkansas except open the already-open schools, protect a non-existent border with Mexico and cancel the libs that are so powerful in Arkansas these days. She’s made no public appearances in Arkansas since announcing.

ABC, which put together a report on Republicans flocking to Florida to raise money, mentioned the Huckabee Sanders visit in the roundup. It also got a zinger response from Sanders’ Republican challenger, Attorney General Leslie Rutledge.

“The Arkansas Governor’s race will be decided by Arkansas voters, not the rich and famous of New York and Palm Beach,” Christian Gonzalez, a campaign spokesperson for Sanders’ only Republican opponent, Arkansas Attorney General Leslie Rutledge, said in a statement to ABC News. “The only time Attorney General Rutledge has been to Mar-a-Lago was to fundraise for President Trump. Attorney General Rutledge’s events usually involve barbecue and catfish not crab cakes and escargot.”

Sanders has never said specifically the event was at Mar-a-Lago, but: 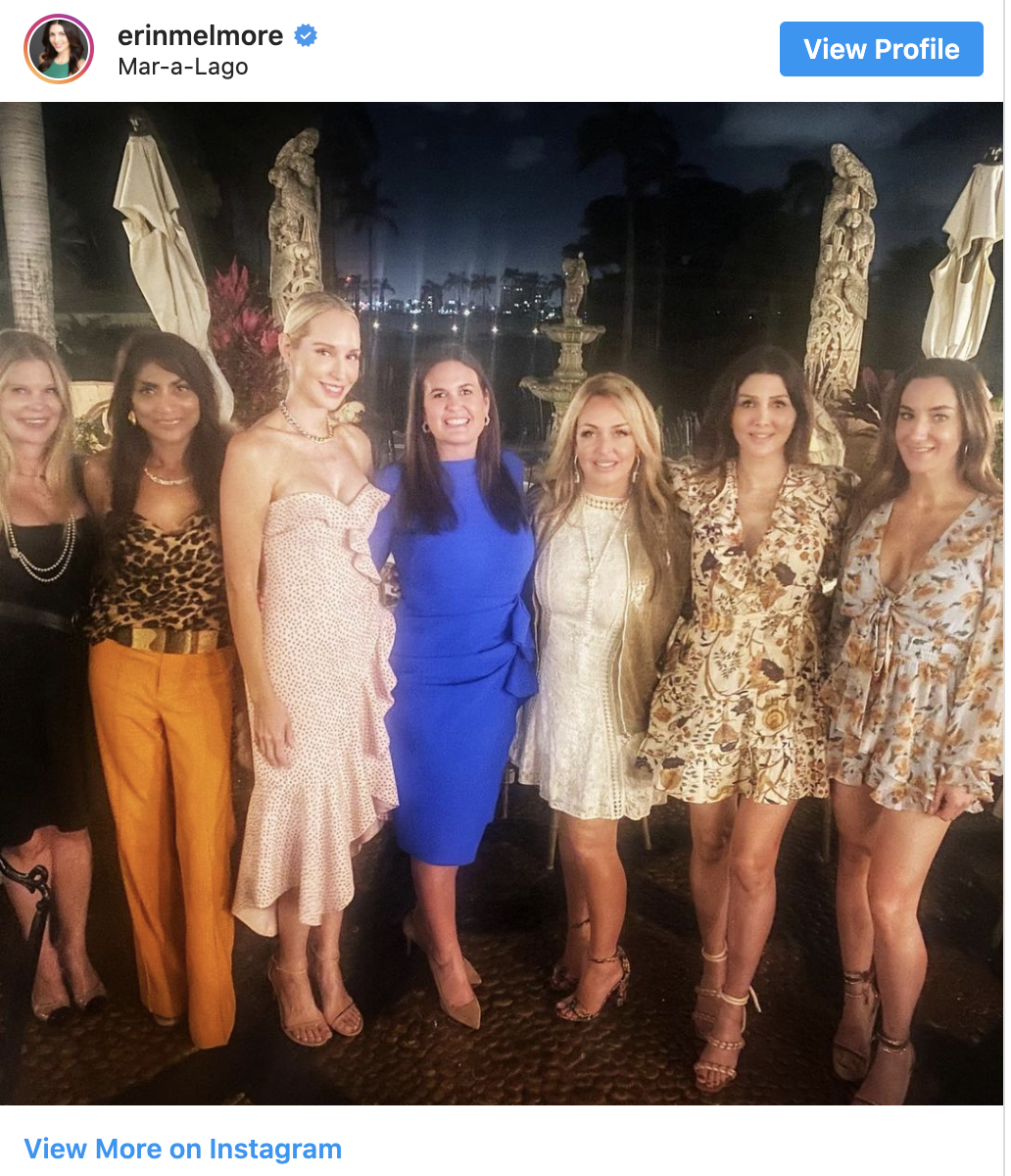 They did have snails by the way. 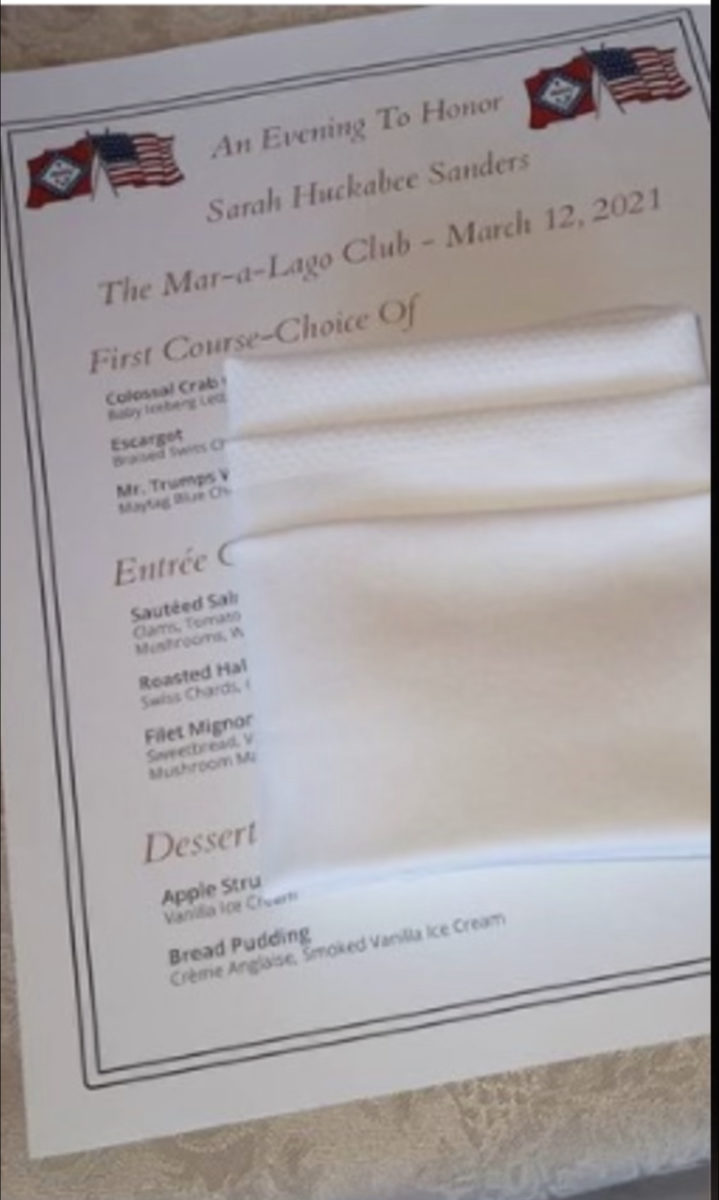