Read this month's issue
Browse the issue archives
Advertisement
Home Arkansas Blog The state of Little Rock: Crime must be part of the conversation

A fatal shooting overnight in Little Rock was an inauspicious start for a day on which Mayor Frank Scott Jr. will deliver a “virtual” state of the city address complete with testimonials, music and entertainment worthy of a presidential State of the Union.

Multiple sources have told me the mayor will renew his call last year for a one-cent sales tax increase, which will produce more than $50 million a year for a variety of city projects, including major expenditures on Little Rock parks and an expansion of Zoo exhibits. The increase would amount to a 5/8ths of a cent increase in the existing sales tax rate because a 10-year capital improvements tax of 3/8ths of a cent will expire at the end of this year. A special election in June is believed to be the target.

Among those favored with an outline of the mayor’s plan, several have raised questions about the relatively small size of the added commitment to public safety and streets, with the notable exception of a new fire station for the western part of the city. The mayor’s team reportedly said crime is not a major issue in the city. It is true crime rates have been much higher. We’ve indeed had much higher homicide rates. But it is also true that perception can be as damaging than reality. When members of the Arkansas legislature are declaiming on the floor of the Capitol a fear of walking the streets of Little Rock and when legislation has been filed related to demonstrations in the city last summer, you have a perception problem. When Little Rock police officers cite crime as a reason for living in other cities, you have a perception problem. When people flee Little Rock public schools because they view them as unsafe (although this is primarily a code for racial makeup), you have a perception problem.

I share none of the negative sentiments about Little Rock. I live here. I feel safe here. My kids went to public schools (Gibbs, Dunbar and Central, if you’re curious). But there’s a reason our growth has been modest compared with neighboring counties, never mind Northwest Arkansas, and these perceptions play a big part.

The city promised a big investment in police in the 2012 sales tax campaign. It has not been realized on account of budget pressure. Scott promised to add 100 officers to the force in his election campaign. That hasn’t happened; couldn’t. Meanwhile, the police force has been riven by internal disputes, too often breaking along racial lines.

Parks and a giraffe exhibit feel good. The poorer parts of town — too often neglected before Scott took office — will have more items to add to their list of reasons for appreciation of the mayor in proposals to begin programs to provide free early child care and affordable housing. There’s also at least a sop for the Chamber of Commerce in money to continue land speculation at the Little Rock Port for potential industrial prospects.

Scott aims to be optimistic and upbeat. He will paint the tax campaign as crucial to getting ahead of the curve during the hoped-for post-pandemic economic rebound. That’s understandable. Malaise is no sales pitch. But there is an elephant in Little Rock that should not be ignored. Not a member of the Zoo’s menagerie, but bigger metaphorically. 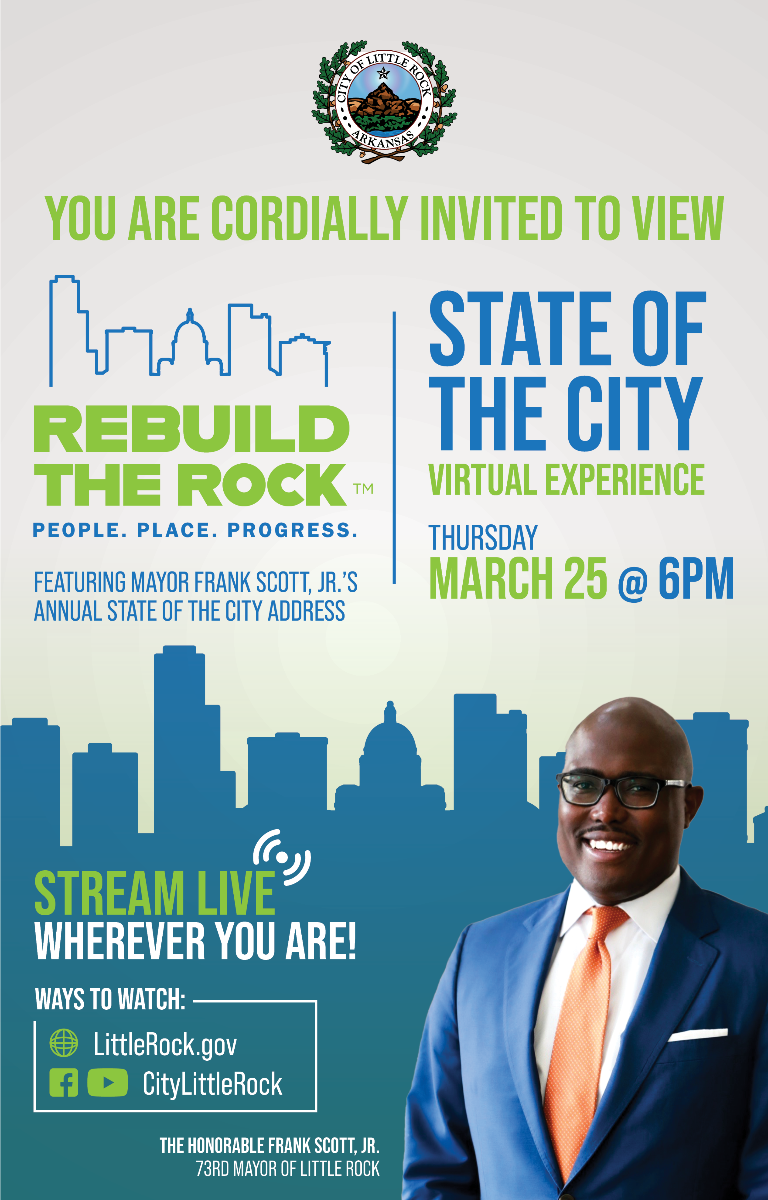