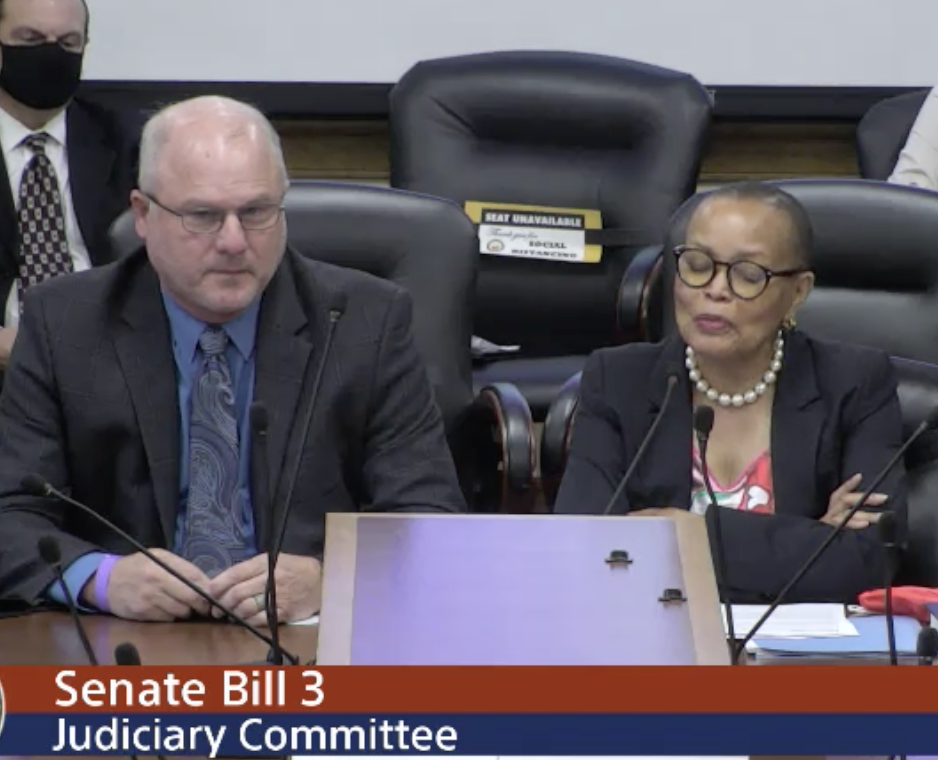 We will run SB3, the hate crime bill in Senate Judiciary Committee tomorrow morning, 9:30. You are welcome to attend and testify.

Sen. Joyce Eliott will ask the Senate Judiciary Committee this morning to endorse the real hate crime bill, the one that specifies sentencing enhancement on account of violent crimes committed against specific classes of people most often subject to discrimination.

She continued on Twitter to explain why she’d make this losing effort.

I’ve had 3 people ask me why bother with running this bill. Others probably wonder. I understand that. Answers is “because it matters.” Because Arkansas needs a hate crime bill. One that is unequivocal about naming and being clear about what we mean. https://t.co/ODPBpTTjRg

In case you didn’t follow it, here’s the rest of her thread:

I grant you swimming upstream is definitely challenging, but the unheard deserves the honor of being heard, of being acknowledged, of knowing no matter what defined hate crime group with whom they might identify, of not being absorbed into obscurity, and of being sure their humanity will not be compromised by those of us in “positions of power.” That we will make sure we will face hate head on with a full-throated NO.

Members of the legislature have earnest disagreement about how to address hate crimes. I respect that and do not question others motives. Our bills are very different. One is characterized as “all inclusive.” I do not support that one and will not vote for it.

I am a proud sponsor of the one characterized and is a hate crime bill. I will help present it tomorrow in committee. Getting the bill out of committee is the longest of shots. We don’t have the votes. But sometimes conventional winning is not the most important outcome.

Sometimes knowing your soul and knowing where you stand in such a defining moment as this are more important than being on the winning side, certainly more important than failure to show up for others. I’ve been there and needed those voices—but crickets.

I can still hear the silence. It still loudly rings.

These are the members of the Senate committee. I see two votes for Elliott and not only no but “hell no” from several. To date, only white men, most of them older, have sponsored or spoken in favor of the substitute bill.

SB 3, lead sponsor Jim Hendren, contains these words that made it a dead letter in the hateful, anti-LGBT legislature. It says it provides:

The window dressing replacement contains no sentence enhancement and merely allows the possibility of a jury requiring service of 80 percent of a sentence for action directed at a class of people in several serious crimes. Sponsors of the real bill:

In the end, it will be interesting to see how many accept the alternative.

UPDATE: The bill failed to advance for failure to receive a second. Sen. Trent Garner (R-El Dorado) then made a rare “do not pass” motion, seconded by Sen. Bob Ballinger.

Hendren said that in his long tenure in the legislature he’d seen that move once before. “It’s the most hateful, petty thing you can do to your colleagues,” he said. It’s considered a sign of extreme distaste, hate if you will, to give a do-not-pass to bill that is already dead.

Ballinger exploded on him. He said the whole process had been petty and said that Hendren, rather than working with his colleagues to craft a bill with consensus, had used the bill to try to become “someone really important.” Ballinger said, “The bill itself is a terrible bill. It’s a very bad bill.”

On a voice vote, chairman Sen. Alan Clark ruled the “ayes” had it, but on a roll call only Sen. Gary Stubblefield joined Ballinger and Garner in voting for it and the motion failed.

Testimony has begun. Sen. Jim Hendren said he understood where the legislature was heading, with the substitute legislation, SB 622, but he said people who’d worked hard on the real bill deserved to be heard. He said it was modeled on laws in other states and was built around discussions with people most impacted by it.

He noted the listing of specific classes of people and said it was tailored to Arkansas, including inclusion of armed forces members because of an attack on military people in Arkansas several years ago. He also noted that the substitute bill only deals with serious felonies, where this bill allows enhancement of sentences on lesser crimes, such as when hateful words were written on the house of an African-American family in Fort Smith, a different crime from painting a high school class year on a water tower.

Elliott recounted passage of a similar bill in the Senate in 2001 and then its defeat in the House, where Elliott was then a member. It was beaten because of opposition from preachers who objected to inclusion of LGBT people from the bill. It would have passed with removal of those people. She wouldn’t do it. “I believe we all matter equally.”

She said she hoped Arkansas would eventually pass a bill where people knew what it meant and who it protected.

Sen. Bob Ballinger said all hate should be covered. What about political hate, he said, citing the shooting of a Republican congressman? Hendren said he’d be happy to include that and some other broad coverage. But he said there are 8,500 crimes a year against the groups specifically listed. He wants to send the message, “We’re tired of it and we’re not going to tolerate it.”

Sen. Blake Johnson said a 20 percent enhancement of sentence might end up being less time than the 80 percent minimum in SB 622. Hendren said he wouldn’t argue that, but said his bill includes the people who’ve been victimized, including for lesser crimes, unlike SB 622.

Johnson said, “Labels separate us and divide us. I’m about the actions of a person.”

Elliott said that the bill identified certain groups because of the pattern of what’s been done to them over the years.

“Lately we’ve had a lot of discussion about Black lives matter and then someone says, ‘all lives matter,’ ” Elliott said. “Both are true, and they’re incredibly important. Folks who lived the lives of Black people have seen the disproportionate consequences of being a Black person in the country. If we don’t recognize that, we don’t address that. If we say ‘all lives matter,’ it becomes obscured into vagueness.”

“If something bad is happening to one of your kids, you don’t say, ‘all my kids matter.’ ” Elliott said. You do something for that child, she said.

Garner, fiery as usual, told DeYMaz it was the height of arrogance to talk about Christianity in such a way to members who are faith leaders and preachers. He then stormed out of the committee room.

Clark and Rice noted the pastors who opposed the legislation. DeYmaz said that we’re living in a time when Christianity is widely perceived as a religion of hate and note love. It’s important that Christians stand up for love, he said.

Elliott in closing for the bill, was fighting back tears. “As much as we want to have a country that is our ideal, we’re not there. I don’t know if we’ll get there. But I think we ought to keep striving for it. … The thing I think that we have to grasp, if people who are marginalized keep telling you, no matter how much you think laws are equal … if I’m in a group and I keep telling you, ‘It’s not,’ and you keep dismissing my experience and telling me, ‘Yeah, it is,’ it’s just like you’re being erased.”

Highlight lowlight: Sen. Blake Johnson said he was weary about all the talk about the least among us. Doesn’t the Bible say love everyone, included the advantaged. Sure, they get their rewards on earth, but they deserve some love too.