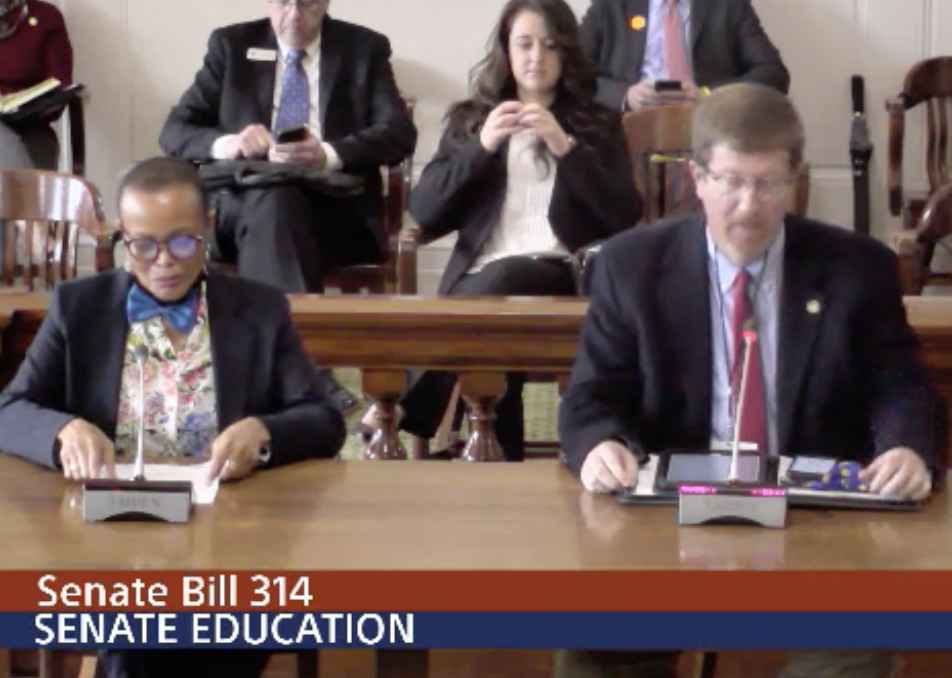 A Senate committee hearing today revealed news about the return of local control of the Little Rock School District, but the committee refused legislative assistance.

The discussion was on SB 314 by Sen. Joyce Elliott to return local control to districts after they’ve been under state control for five years, as the law stipulated. Little Rock remains under state control after more than six years. It was taken over in January 2015 over poor test scores in a handful of the district’s four dozen schools.

The state Board of Education allowed the election of a Little Rock school board late last year, but it put several restrictions on the board’s powers. Also, the state Board has set criteria for exit from state control that now includes fiscal standards, which were not a part of the reason for takeover and which developed under state control.

“If there’s not a balanced budget now, who’s responsible for that?” Sen. Clarke Tucker asked. Little Rock has had a school board for less than five months.

Tucker and Elliott said they’d been having discussions with the governor who has given assurances, though not a guarantee, that local control should return by spring or summer. The bill no longer has an emergency clause, meaning it won’t take effect for several months so it wouldn’t require exit for Little Rock before the date indicated by the governor.

Sen. Linda Chesterfield, in supporting the bill, said the rules changed on Little Rock from January 2015 and this could happen to any other district in the state. She also said the takeover rules weren’t applied equitably in Little Rock.

All school districts should be treated the same, Chesterfield said. “And we’re not doing it. We’re simply not doing it.” Other districts with more schools in distress were not taken over. Little Rock was taken over and is now moving toward seven years of state control. “Think about what happens if it comes to your area,” she said.

Education Secretary Johnny Key opposed the bill. He acknowledged academic distress is no longer an issue and test scores are no longer the foundation for putting districts under state control.

But he said the law allows the authority of the state Board to continue. He contended only superintendent hiring, contracting with teachers and suing are prohibited in Little Rock. But the state Board has exercised more control than that and has indicated it had the power to continue to do so. Adding a fiscal dimension to exit criteria indicates as much. Remember, Johnny Key was the Little Rock School Board as it spent its way into a situation that he now says requires continued state control.

Key also said, “There’s nothing magic about five years.” Even if the statute under which the district was taken over is very clear about that. He contends the law allows flexibility for the state to continue supervision.

Chesterfield disputed Key. She said the board had engaged in governmental overreach, including by dictating mascots, school names and leaders.

The bill failed on a voice vote. As Chesterfield’s remarks indicated, it’s all about punishing Little Rock at the legislature even for a bill amended to apply to all school districts.

For what it’s worth, here’s what the governor told individual Little Rock legislators: 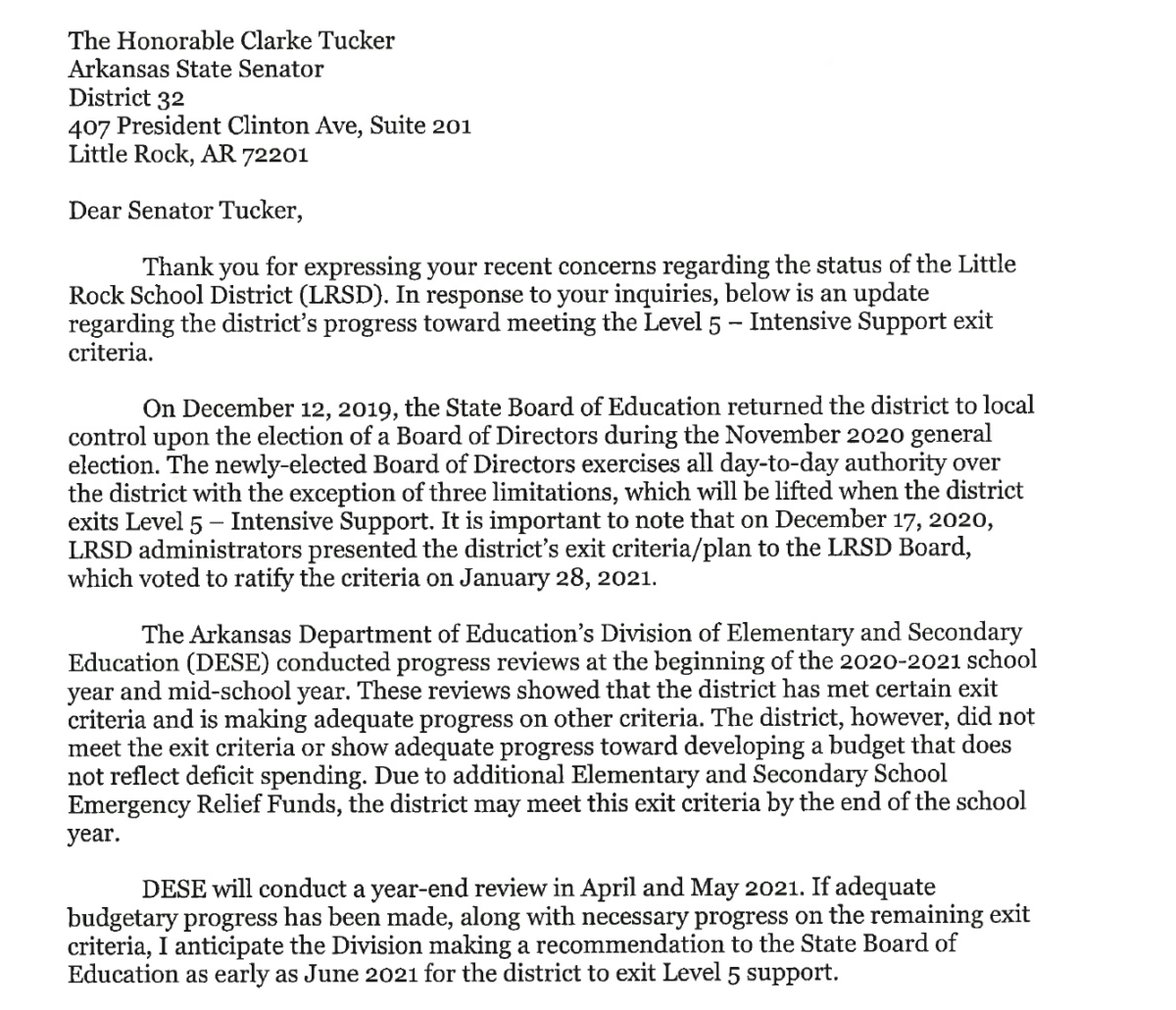 I will believe it when I see it.