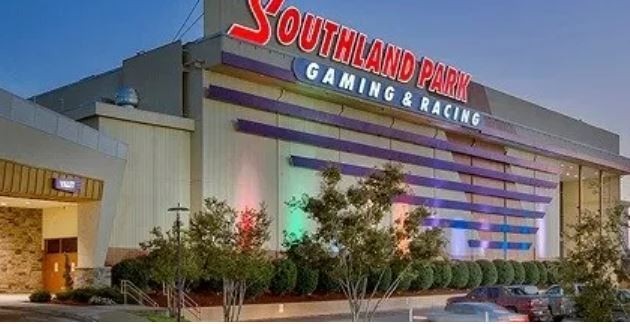 A PLAN FOR THE FUTURE: To tap a dog racing fund when greyhound racing comes to an end.

Had to happen: Legislation to tap the money set aside for greyhound purses in the constitutional amendment that expanded casino gambling in Arkansas, including authorization of full-fledged casinos at Southland in West Memphis and Oaklawn in Hot Springs.

The amendment designates a portion of the state tax bite on net casino revenue for purses for greyhound and thoroughbred racing. Greyhound racing is to end at Southland by the end of 2022 and the casino says it will not claim the money previously designated for dog race purses. (Revenue from all casinos — Oaklawn, Southland and Saracen, goes into the purse fund at the two tracks.)

Now comes SB 661 to divvy up the purse cash.

Sen. Keith Ingram of West Memphis, home to Southland, is the lead sponsor. The bill would, first, create a scholarship fund for Crittenden County high school graduates to attend Arkansas State University at either its two-year campus in West Memphis or in Jonesboro.

Before money would flow into this fund, however, the purse set-aside would continue to flow to dog kennel operators in 2023. They’ve already struck an undisclosed deal with Southland for payments in the years leading up to the end of racing in 2022.

An amendment to the original bill adds sweeteners for others.

$750,000 to the breast milk bank fund, a project of co-sponsor Rep. Aaron Pilkington

$250,000 to the division of elementary and secondary education.

$5 million to the University of Arkansas for rice research operations. This, conveniently, is the amount needed to fund a rice research center at Jonesboro. And it would seem to provide a way around the UA’s desire to raise money for that center by selling acreage in St. Francis County to a private investor, over objections of people who hunt the land. This money, under the amendment, would be deducted from the 2023 payments to dog kennel owners. Sen. Ron Caldwell, a sponsor of the bill, has been leading the fight against the sale of the St. Francis acreage.

The 2018 amendment puts a 13 percent tax on the first $150 million in net gambling revenues at casinos. And 17.5 percent of that must go to the Racing Commission “only for purses for live horse racing and greyhound racing by Oaklawn and Southland.” The tax has been producing $4 to $5 million, roughly, per month, meaning $700,000 to $850,000 per month for purses, or $8 to $10 million per year.

So then comes the question: Does the end of dog racing mean ALL purse money must then go to Oaklawn? Or can the legislature expropriate the money that would have gone to Southland?

Ingram’s proposal asserts that it can:

The rest of that sentence omitted by the ellipsis: “and appropriate monies to or for the use of the Arkansas Racing Commission.”

Are ASU scholarships, breast milk and rice research money “to or for” the use of the Arkansas Racing Commission? The Arkansas Supreme Court has been pretty ticky of late on following the exact wording of constitutional amendments.

More to come on this topic.