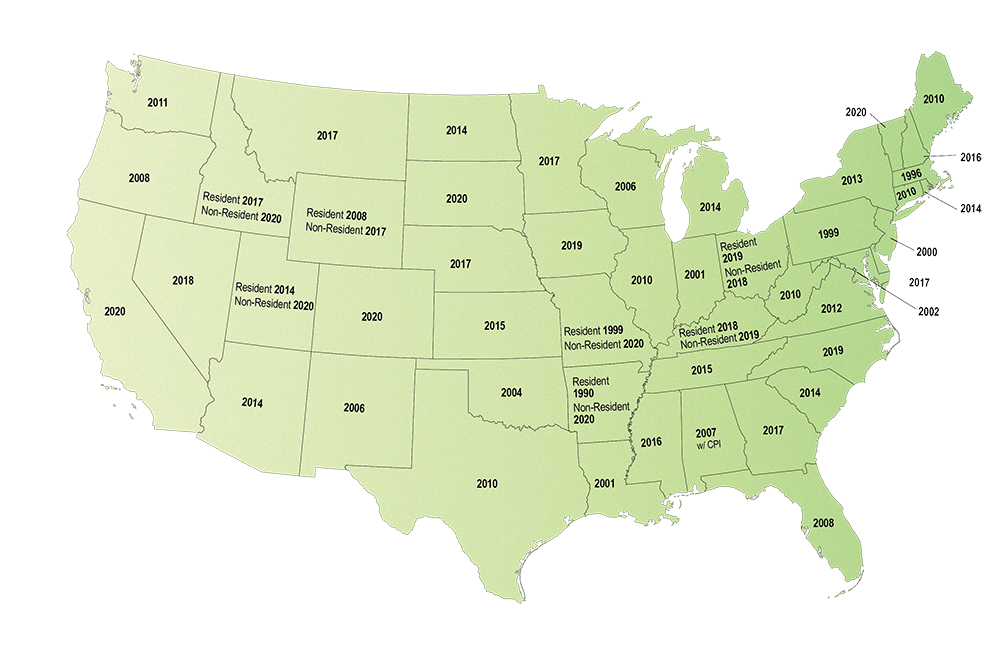 If you don’t hunt or fish, you might not know that licenses for those activities haven’t risen since 1990 and 1984, respectively. The agency has made up operating costs from its share of the 1996 conservation sales tax.

The fees are currently $10.50 for a fishing license and $25 for a hunting license. A pending bill would allow an increase of up to 65 percent of the fee beginning this year and lasting through 2026, with another 25 percent allowed then, and 25 percent more in 2031. That bill got a do-pass in a Senate committee this week but then was returned to the committee for more consideration.

The Game and Fish Commission makes its case for help today in a news release that  makes no reference to a specific money target, but advocates a rising price over the years to cope with inflation. (The release came with photos of a compromised spillway pipe affecting the level of Lake Wilhelmina; a die-off of bottomland hardwoods in a wildlife management area, and a damaged lake gate, repaired several years ago with benefits for fishing today.)

The Arkansas Game and Fish Commission is working with Arkansas state legislators to address concerns about failing and outdated infrastructure that provides habitat for the state’s fish and wildlife and public recreation opportunities. To tackle this challenge, they are working together to propose a modest increase to basic resident hunting and fishing licenses, which have remained unchanged since 1990 and 1984, respectively. “This increase is supported by many of the state’s conservation and sportsman’s groups,” said Geralyn Hoey, Director of Conservation Partnerships with the National Wildlife Federation.

Other states across the country have periodically adjusted their license fees to keep up with inflation. In fact, every state in the continental U.S. has increased its fees since 1996 to make investments into outdoor recreation, and conservation of fish and wildlife. Arkansas has not increased resident license fees in more than 30 years. The buying power of a $10.50 fishing license set in 1984 is a little over $4 today.

Any increases to resident hunting and fishing licenses that the AGFC is authorized to make through this legislation would be earmarked to address deferred maintenance and major renovations to public lands and waters throughout The Natural State. Additionally, the AGFC would be responsible to report on the progress of this effort twice per year.

The AGFC maintains and manages more than 400 boat ramps, 50 lakes, five fish hatcheries and nine nature and education centers throughout Arkansas. It also owns more than 380,000 acres of wildlife management areas and co-manages more than 3 million additional acres with state, federal and private partners. Most of the lakes, streams and wildlife management areas the AGFC maintains around the state were built decades ago, and much of that original infrastructure has far exceeded its life expectancy. Water-control structures, spillways, levees and roads all deteriorate with time and use. While maintenance has prolonged this usable life, renovations or replacements are eventually necessary. Recent failures of water-control structures at lakes Poinsett, Elmdale, Wilhelmina and White Oak all can be attributed to age and changes in the surrounding landscape; each causing major issues for anglers, boaters and surrounding landowners.

“The recent renovation at Lake Poinsett is a prime example of the challenges we are facing in the next decade,” said AGFC Director Pat Fitts. “The water-control structure needed a complete rebuild and a large section of shoreline had seen severe erosion. That multi-year project took more than $3 million to complete, but our anglers in northeast Arkansas will see the benefits of that work for another generation.”

The AGFC recently started an assessment of its greentree reservoirs across the state in an effort to sustain these important waterfowl areas. The AGFC has identified many outdated, obsolete or inefficient structures and water-control mechanisms constructed decades ago. It will take millions of dollars to begin the extensive repairs needed to continue providing the hunting and fishing opportunities for which Arkansas is known.

“We’ve seen major die-offs of trees in some of our treasured wetland habitats already, and if we don’t act more will follow,” Fitts said. “It’s hard to believe, but if something isn’t done soon, famous locations like Bayou Meto WMA and Henry Gray Hurricane Lake WMA will be lost, and those trees won’t be replaced for a lifetime.”

Fitts says the AGFC already is working on solutions to these issues, but funding is needed to make these plans a reality.

“We work through partnerships and grants as much as possible to offset such expenses, but we have reached the point that additional funding sources are necessary to complete much-needed repairs and renovations,” Fitts said. “But as we make these fixes, we still will need to maintain other resources and be ready for the next crisis. We had a major flood event at Lake Elmdale that damaged the downstream side of our dam. We had to redirect funding to fix it now. That meant fewer dollars for habitat, hatcheries, educational programming and WMA and lake maintenance elsewhere.

“Prices of materials, fuel and labor are much greater than they were when the current resident hunting and fishing licenses were set,” Fitts said. “We’re encouraged by the recent upswing in outdoor participation, but we need to maintain high-quality access and experiences for all of our new outdoors enthusiasts as well as our constituents who have been a part of conservation for decades.”

Fitts says increasing resident licenses to keep up with inflation is not the only way the agency is tackling the challenge. “We also are looking at non-resident license increases to help shoulder these costs. We will also look to leverage outside grants and private and public partners to help with this effort,” Fitts said. “Much of this infrastructure was built using partnerships decades ago, and it will take a combined effort to reinvest in these natural resources moving forward. But I believe these resources are worth the fight, both for ourselves and for the young men and women who will still be able to enjoy all the wonders of Arkansas’s outdoors that we have come to know as The Natural State.”