Charles Blake, chief of staff for Mayor Frank Scott Jr., addresses head-on today a factor present from the beginning of the discussion of a one-cent sales tax increase — race.

The mayor — clearly and appropriately — has indicated a wish to address a significant amount of the new spending in areas of greatest need. These areas tend to be identifiable by ward boundaries, income and racial characteristics.

Some resistance on the city board has been rooted in interests for needs in other parts of the city, perhaps none more so than from City Director Lance Hines, who represents far western Little Rock.

With that as context, I encourage you to read Charles Blake’s Twitter thread and the TV interview with Hines that prompted it.

As we have the discussion about #RebuildtheRock the conversations have become about race, wards, and phrases.

When Hines says the spending is concentrated south of I-630, Blake says that’s a code for spending on people of color rather than in the three heavily white wards. Whether Hines means it that way or not, that IS what it means in practical terms. 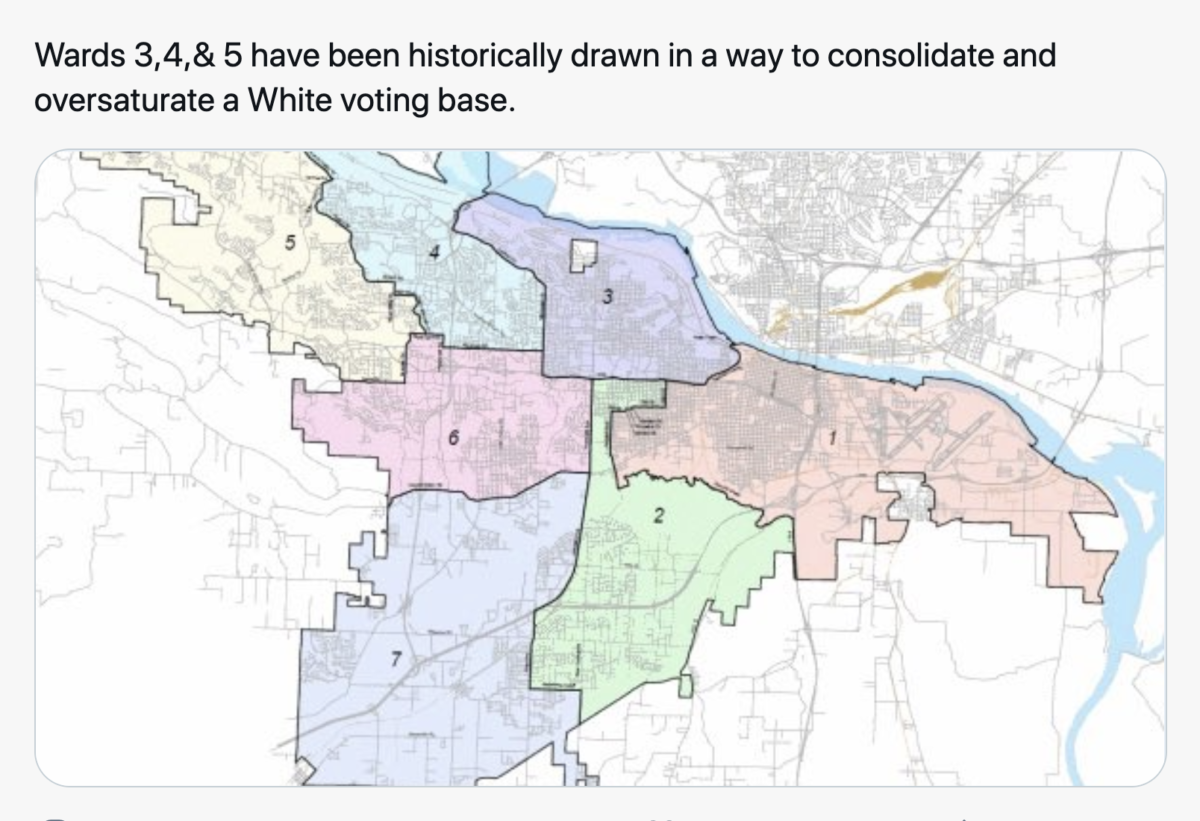 A COMMENT ON WARDS: From the mayor’s chief of staff.

Second, Blake raises in the thread a looming issue, the redrawing of city boundaries to reflect population changes. That is a tricky, racially complicated business. The city of Little Rock is about 50 percent white, with most, but not all, of the rest Black people. There’s a measurable Hispanic population. I think it would take some interesting gerrymandering to draw four majority-Black wards among the seven. (OOPS: Actuually four already are majority black, but one for them, 7, elects a white director.) Already in plays is what  I was getting at about gerrymandering to produce different racial outcomes. It would not be without risks given historic voter participation. Director Erma Hendrix’s Ward 1 historically votes lightly in city board races. Ward 7, relatively speaking, too.

Third, it is not off-base for Hines to chide Scott about unity, one of the mayor’s governing themes. Blake’s comments today, justifiable as they may be, illustrate something less than an invitation to join hands for a hymn sing.

UPDATE: In this vein, I got a response today from Director Hendrix to my question about whether she favors the mayor’s revised spending proposal on the agenda Tuesday. She’s generally been supportive of him on procedural votes to this point.

She responded in two notes:

And attempting, to comprehend the action of the Board for the past Two Decades.

And, what appears, to be a BIAS toward Mayor Scott, totally.

Do you recall the Tax Vote, that occurred during former Mayor Mark Stodola’s tenure?

And, was there such overt opposition to such action?

For the record, when Mayor Mark Stodola presented the proposal for a 2011 sales tax election, Director Ken Richardson voted no and Director Hendrix voted present, the same effect as a no. There were questions about the proposal then (including from the Arkansas Times) but I think there was more agreement about the need to move forward.