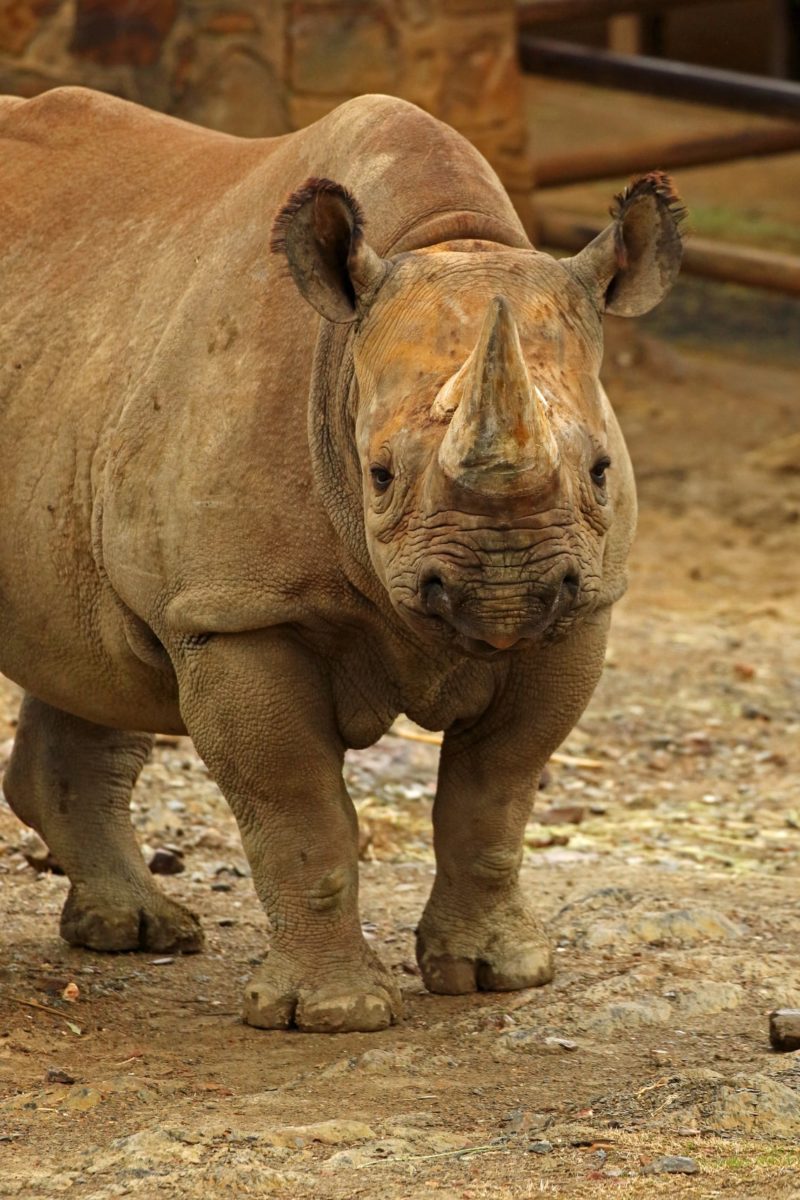 It’s the second pregnancy for Andazi and a calf is expected in November. The first-time father, Johari, is 26.

It’s big news for the Zoo. The species is critically endangered and threatened by poachers in the wild.

Info from the Zoo:

The eastern black rhino is one of the smaller of the rhino species. Johari at 2756 pounds and Andazi at 2736 pounds are about average for their species. Typically an eastern black rhino calf will be born weighing between 50 and 100 pounds.   They are unique among rhinos and are identified by their prehensile upper lip which can grasp like a human finger. This feature allows the species to eat a variety of food like branches of trees- instead of just being grazers like other species of rhino.

Once widespread across the eastern nations of the African continent (Ethiopia, Somalia, Tanzania, and Kenya), rhino populations have plummeted as they were hunted for their horns. The population has declined 90 percent in the last three generations, with the last totals estimated at less than 800 in the wild.