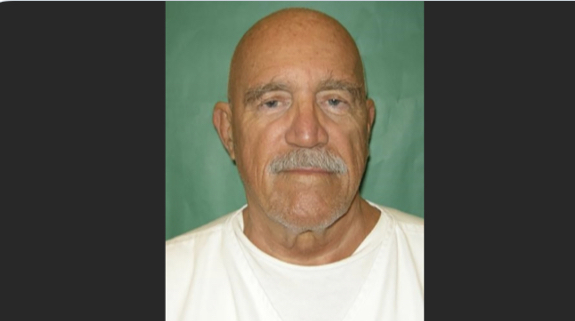 We’ve written before about Rolf Kaestel, 70, serving a life sentence for the 1981 robbery of $264 from a Fort Smith taco stand in which Kaestel carried a water pistol. The Daily Beast tells the story again in detail.

Transferred to Utah under an interstate compact, Kaestel has three times been recommended for clemency by the state Parole Board but denied the request by Govs. Mike Beebe and Asa Hutchinson. A final clemency request is pending at Hutchinson’s office.

The prosecutor of Kaestel is among those supporting clemency. His release has been advocated for years by the victim of the robbery.

The mystery is why Kaestel has been dealt with so severely unless it’s his role in a scandal over inmate blood sales many years ago. The Daily Beast says:

Kaestel has no family in Arkansas fighting for him, let alone any living relatives. But a contingent of high-profile supporters—including former actress Rose McGowan, CNN commentator Van Jones, music executive Jason Flom, and GOP fundraiser Jack Oliver—are speaking out against what they view as the absurdity of Kaestel’s punishment, and they’re questioning why he should be incarcerated long after he was rehabilitated or has otherwise aged out of crime. Local activists are also lobbying behind the scenes, including the justice reform nonprofit DecARcerate, and Democratic State Rep. Vivian Flowers, who told us, “Statistically he’s no longer a threat—he’s 70 years old. He should not die in prison because he robbed someone with a water gun. He paid his debt over and over again.”

While in prison, Kaestel worked as a paralegal for a local Arkansas firm, edited the penitentiary newspaper, the Long Line Writer, and filed lawsuits in an attempt to win privileges or uphold the rights of himself and fellow inmates. He’s earned three associate’s degrees and enough college credits to be shy of multiple bachelor’s degrees. At Central Utah Correctional Facility in Gunnison, where he was transferred midway through his sentence, he taught astronomy classes and has a job in the prison library. Now bald, missing teeth, surviving COVID-19 and diabetes, Kaestel has remained a model prisoner.

“A man’s life is worth a lot more than $264,” Jones, founding CEO of REFORM Alliance, which seeks to overhaul probation and parole programs, told The Daily Beast. “When people make bad decisions, society should make good decisions about how to correct them and get them back on their way. Obviously Rolf made a bad decision but society made a worse decision in throwing his entire life away over that one day.” Jones added: “I don’t think anybody would think he hasn’t more than repaid his debt to society after decades behind bars for an offense that didn’t cost anyone their lives.”

Governor Hutchinson has occasionally spoken favorably of justice system reform. He has a high-profile opportunity with Kaestel to act.