Powerful U.S. senators, in seeking to defend American freedom and values, are again trying to prohibit the teaching of the #1619Project, a work of American journalism protected by the First Amendment. https://t.co/yNWRt0MITy

Republican racial demagoguery is the leading flavor of politics these days, with Arkansas Sens. Tom Cotton and John Boozman leading the mob aiming to lynch teaching about the country’s history of racial discrimination, beginning four centries ago with the arrival of slaves to build the new country.

Nikole Hannah-Jones, creator of the New York Times’ 1619 Project on the long impact of slavery and racial discrimination in the U.S., commented today on their latest effort. It is dishonest, of course. The 1619 Project teaches history, not hate for America. But the Republican lie has circled the globe so many times in the right-wing echo chambers that the truth is unlikely to catch up. 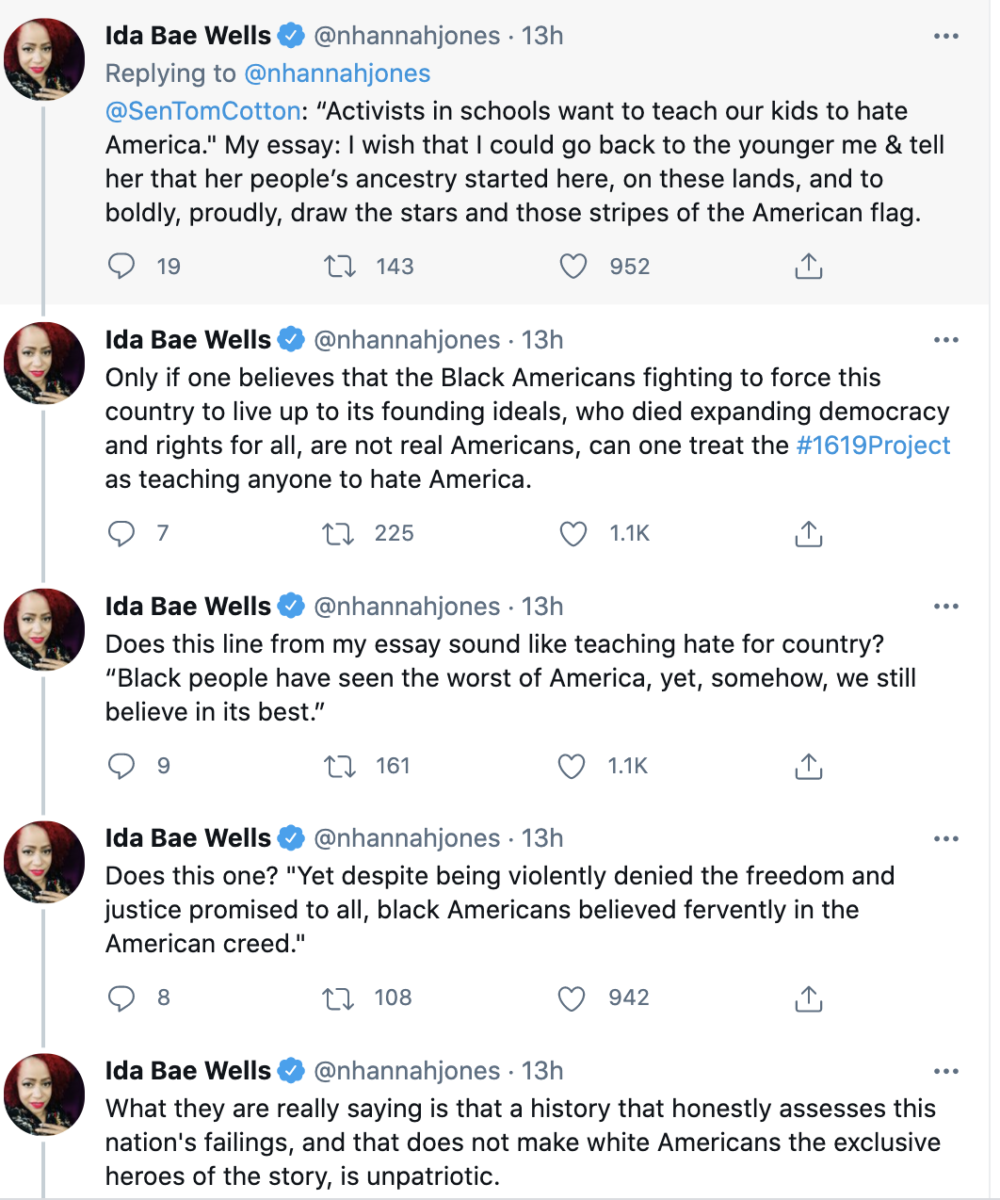 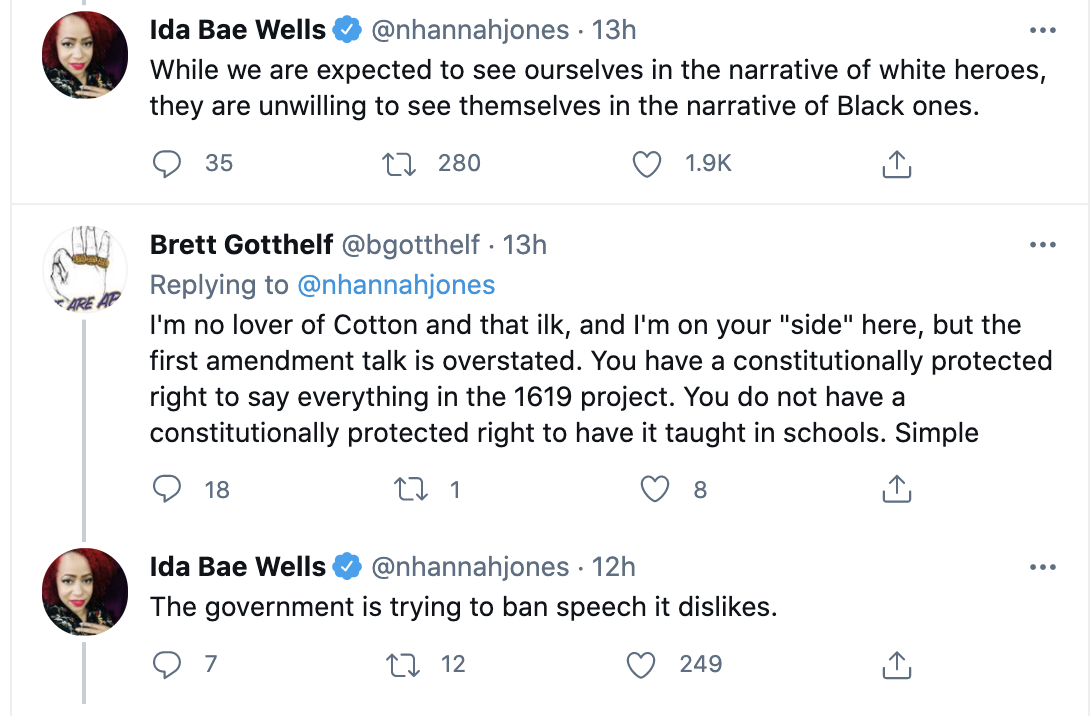 That last comment is resonant in Arkansas, where Rep. Mark Lowery tried to ban mention of the 1619 Project in schools; where Sen. Trent Garner succeeded in banning state agency discussion of divisive racial concepts; where the legislature punishes businesses that refuse to sign a pledge adhering to a politically correct stance on Israel; where counseling for pregnant women is banned from mentioning abortion; where expressions of patriotism acceptable to the legislature are mandated; where providers of comprehensive sex education are banned from public schools;  where certain types of religion are favored and others are discriminated against.

What we are seeing is exactly why the #1619Project needed to exist in the first place. All these laws are doing are confirming the thesis of the project and affirming why this work must and will go forward.