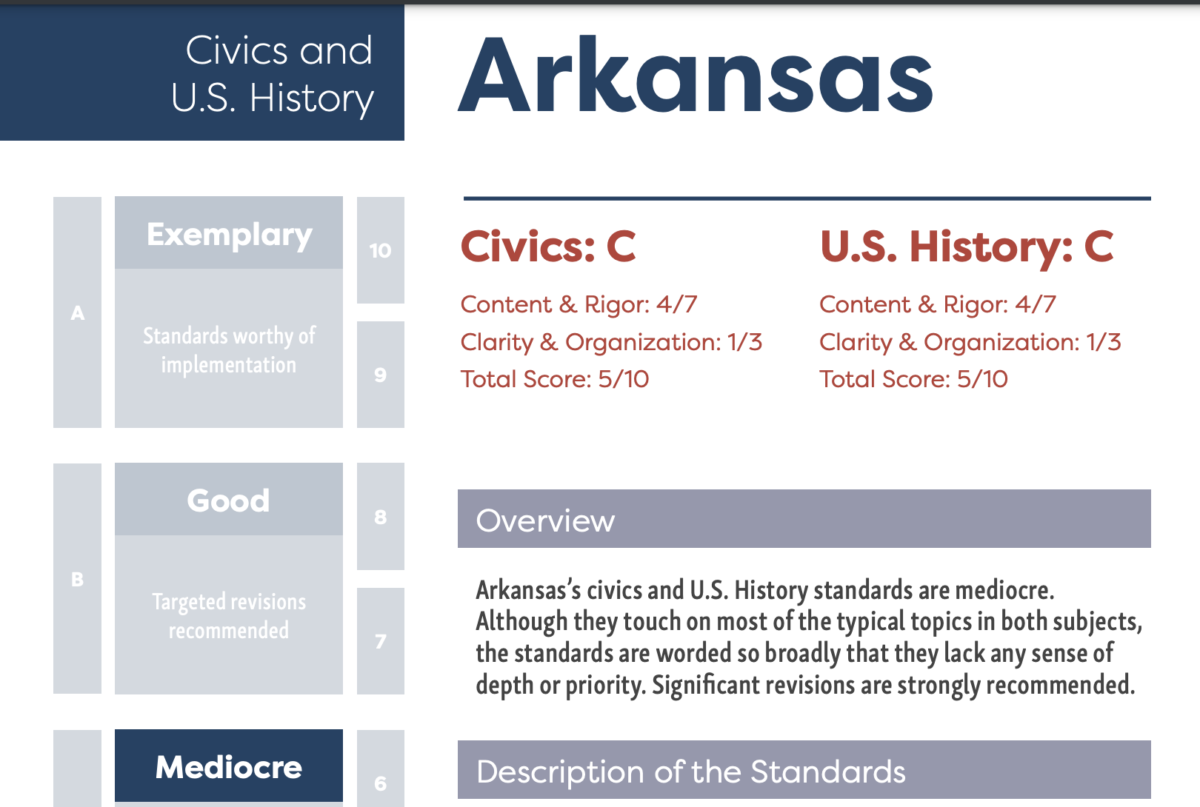 The Thomas B. Fordham Institute released today an analysis of state standards for teaching civics and U.S. history.

Fifteen states were rated exemplary or good and 15, including Arkansas, were labeled mediocre in one or both subjects.

This was completed before multiple assaults in the Arkansas legislature on full teaching of racial history in the U.S. (Even when the legislation was unsuccessful, it and continuing demagoguery by elected officials will chill comprehensive education on certain subjects.)

In the section on Arkansas’s performance on civics, the reviewers’ comments include a lack of significant material in the high school years. In earlier grades, it says more time is devoted to flag and Pledge of Allegiance etiquette than to the origin of the Constitution. (A better description of the 2021 legislature’s work you couldn’t find.)

The U.S. History standards miss many opportunities to connect history to civics for the benefit of middle school students. For example, the content standard on sectionalism should mention the protection of slavery in the Constitution, the 3/5ths Clause, the power of Congress to admit new states, and the Supremacy Clause. Similarly, the content standard on secession (a topic which, strangely, is not addressed in Arkansas history) should mention arguments over the nature of the Union based on the Declaration of Independence, the Articles of Confederation, and the Constitution. Finally, the content standard on Reconstruction could address the relationship between the Emancipation Proclamation and Thirteenth Amendment, the Civil Rights Act of 1866 and Fourteenth Amendment, and the Reconstruction Act of 1867 and operation of the Electoral College in the election of 1876. Instead, it asks students to examine Reconstruction’s effects in Arkansas with references to sharecropping and segregation law.

The review of history finds many faults. One nugget on grade school instruction should make Trent Garner, Tom Cotton, Mark Johnson and the many other defenders of the Lost Cause quite happy:

A few specifics appear for the Civil War and Reconstruction, including the Reconstruction Amendments, Freedmen’s Bureau, and sharecropping—but despite highlighting clashes over slavery in the previous era, the standards list “state’s rights” first and “abolitionism” last among causes of the Civil War. In addition to downplaying the issue of slavery, this formulation also misses the primary importance of free-soil antislavery, a very different movement from “abolitionism.”

A separate document—Arkansas history for grades 7 and 8—touches on scattered specifics, including segregation laws (though the lack of direct references to slavery is again notable).

This should thrill the 1619 Project opponents. Slavery? What slavery? 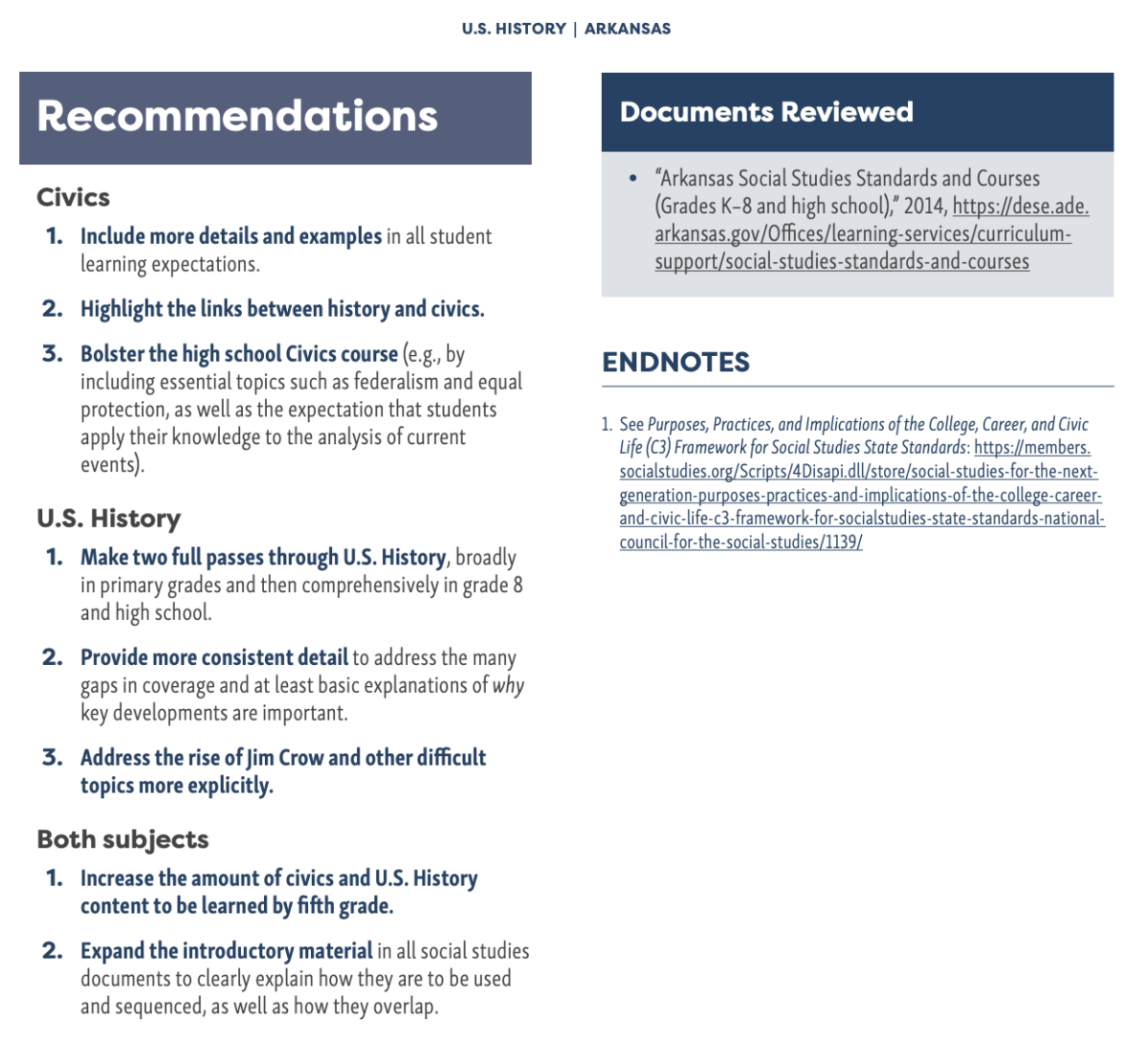