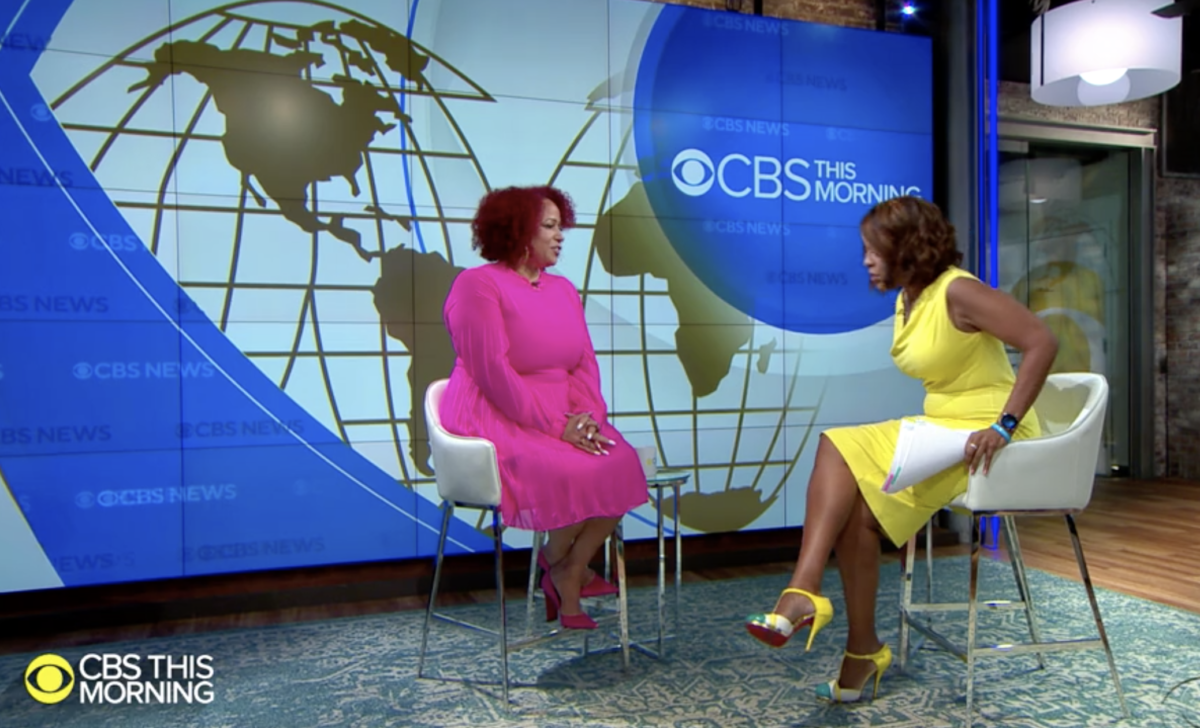 In an interview, this morning on CBS, 1619 Project creator Nikole Hannah-Jones said she will decline an offer of a tenured distinguished professorship in journalism at the University of North Carolina.

In the face of widespread criticism and at the last minute, the UNC Board of Trustees last week approved tenure for Hannah-Jones, something they’d been unwilling to grant previously. Pressure from conservatives, notably Arkansas Democrat-Gazette Publisher Walter Hussman Jr., contributed to the original decision. The journalism offer came from a school named for Hussman in return for a $25 million gift pledge. Hussman took issue with Hannah-Jones’ work on the 1619 Project but insisted he merely intended to inform the J-school about his opinions, not create any pressure not to hire her. The dean of the school and faculty supported Hannah-Jones.

Hannah-Jones instead will take a position at Howard University.

From a CBS report:

“It’s pretty clear that my tenure was not taken up because of political opposition because of discriminatory views against my viewpoint and I believe my race and my gender,” Hannah-Jones said.

In a statement, Susan King, dean of the UNC Hussman School of Journalism & Media, said she is “disappointed that Nikole Hannah-Jones will not be joining the school this summer.”

When tenure was extended, Hussman said he looked forward to meeting Hannah-Jones and “discussing journalism.” That meeting seems unlikely.

Here’s her full interview, which calls out Hussman as key to the opposition.

And here’s a link to a full statement:

“I have never asked for special treatment. I did not seek it here. All I asked was to be judged by my credentials and treated fairly and equally.”@nhannahjones‘ official statement on declining the tenure offer from UNC Chapel Hill: https://t.co/eMgYqRXbTL

The statement retells the full story of negotiations on her joining the faculty of her alma mater, with a couple of references to Hussman’s involvement:

I cannot imagine working at and advancing a school named for a man who lobbied against me, who used his wealth to influence the hires and ideology of the journalism school, who ignored my 20 years of journalism experience, all of my credentials, all of my work, because he believed that a project that centered Black Americans equaled the denigration of white Americans. Nor can I work at an institution whose leadership permitted this conduct and has done nothing to disavow it. How could I believe I’d be able to exert academic freedom with the school’s largest donor so willing to disparage me publicly and attempt to pull the strings behind the scenes? Why would I want to teach at a university whose top leadership chose to remain silent, to refuse transparency, to fail to publicly advocate that I be treated like every other Knight Chair before me? Or for a university overseen by a board that would so callously put politics over what is best for the university that we all love? These times demand courage, and those who have held the most power in this situation have exhibited the least of it.

I worked my way up from newspaper to newspaper, and have worked as a journalist for 20 years, traveling from North Carolina to Oregon to New York City before landing at The New York Times. In 2016, I co-founded a journalist organization to help others succeed in the field of investigative reporting. That organization, the Ida B. Wells Society for Investigative Reporting, is housed at the University of North Carolina. I did not have $25 million to give, but I brought what resources I had, not to force my beliefs about journalism on anyone, but to help train eager journalists in the tools of investigative reporting and the skills necessary to cover a deeply divided and unequal multiracial democracy.

Here’s one good piece of commentary on the Hannah-Jones/Hussman situation, from a reporter who broke news about the simmering UNC controversy, a Twitter thread from the reporter who broke the story in NC Policy Watch on Hussman’s intervention. Privilege, anyone? For an easier to read account of the reporter’s take on Hussman’s exercise of privilege and condescesion to Hannah-Jones, Poynter has compiled it here.

And here’s the reporting on news today from NC Policy Watch, where Hannah-Jones boiled it down even further to say she wouldn’t work for a place named for the Arkansan:

But as news stories revealed the extent of pressure from conservatives, including Arkansas media magnate and UNC mega-donor Walter Hussman, Hannah-Jones said returning to her alma mater to teach seemed less logical.

“Once the news broke and I started to see the extent of the political interference, particularly the reporting on Walter Hussman, it became really clear to me that I just could not work at a school named after Walter Hussman,” Hannah-Jones said. “To be a person who has stood for what I stand for and have any integrity whatsoever, I just couldn’t see how I could do that.”