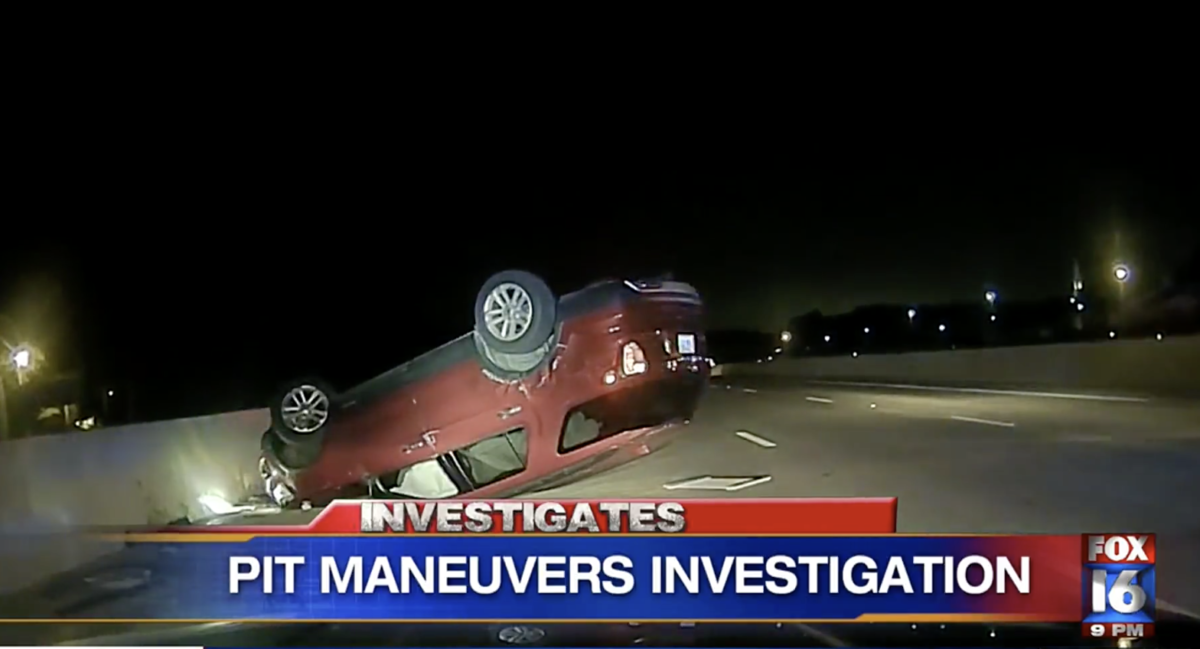 Fox 16 is continuing to dig into State Police use of the so-called PIT (precision immobilization technique) maneuver to stop vehicles being pursued.

Use of that maneuver is now subject of a lawsuit by a pregnant woman whose car was wrecked by a trooper, Cpl. Rodney Dunn, who used the PIT to stop Nicole Harper for speeding on the Jacksonville freeway. She said she had slowed and was looking for a safe place to stop, as the manual for driver’s license testing advises.

The State Police, citing the lawsuit, have declined interviews about the training of troopers for the PIT maneuver. But Fox 16 has dug up some interesting information.

In April, FOX 16 Investigates uncovered how in the past four years, ASP troopers attempted or used PIT maneuvers at least 306 times. Almost half of those cases happened last year.

While the use of the technique has increased, ASP training records show training isn’t happening as frequently.

State police use Stuttgart Municipal Airport as a test track. ASP would not answer questions from FOX 16 Investigates regarding how many hours recruits train for and how many hours troopers go through for yearly training.

The lawsuit will eventually disgorge this information. The extent of training should be public information now, not later.

State Police also should disclose any guidance given officers regarding the use of PIT and whether any troopers have been disciplined for improper use of the maneuver (say at an excessive speed for a minor precipitating violation.) The maneuver isn’t supposed to be used at speeds higher than 45 mph, unless in extreme circumstances, such as to stop a dangerous fleeing felon. Fox 16 has found Arkansas troopers mostly use the technique at higher speeds, sometimes as high as 100 mph.

The following conversation was recorded on body mic audio and dash camera video after a PIT maneuver in November 2019.

“How fast were you when you PITed him, roughly?” a supervisor questioned Trp. Kyle Ellison.

“OK, it is what it is. We don’t dictate that,” the supervisor responded.

In this case, 22-year-old Brian Brooks was killed after the PIT sent his car airborne into a tree. Brooks is one of at least five people killed during pits in the last 4 years.

Training materials show troopers are taught to, “consider the risk against the reward.” Harper doesn’t believe that happened in her case, questioning if the crash was preventable.