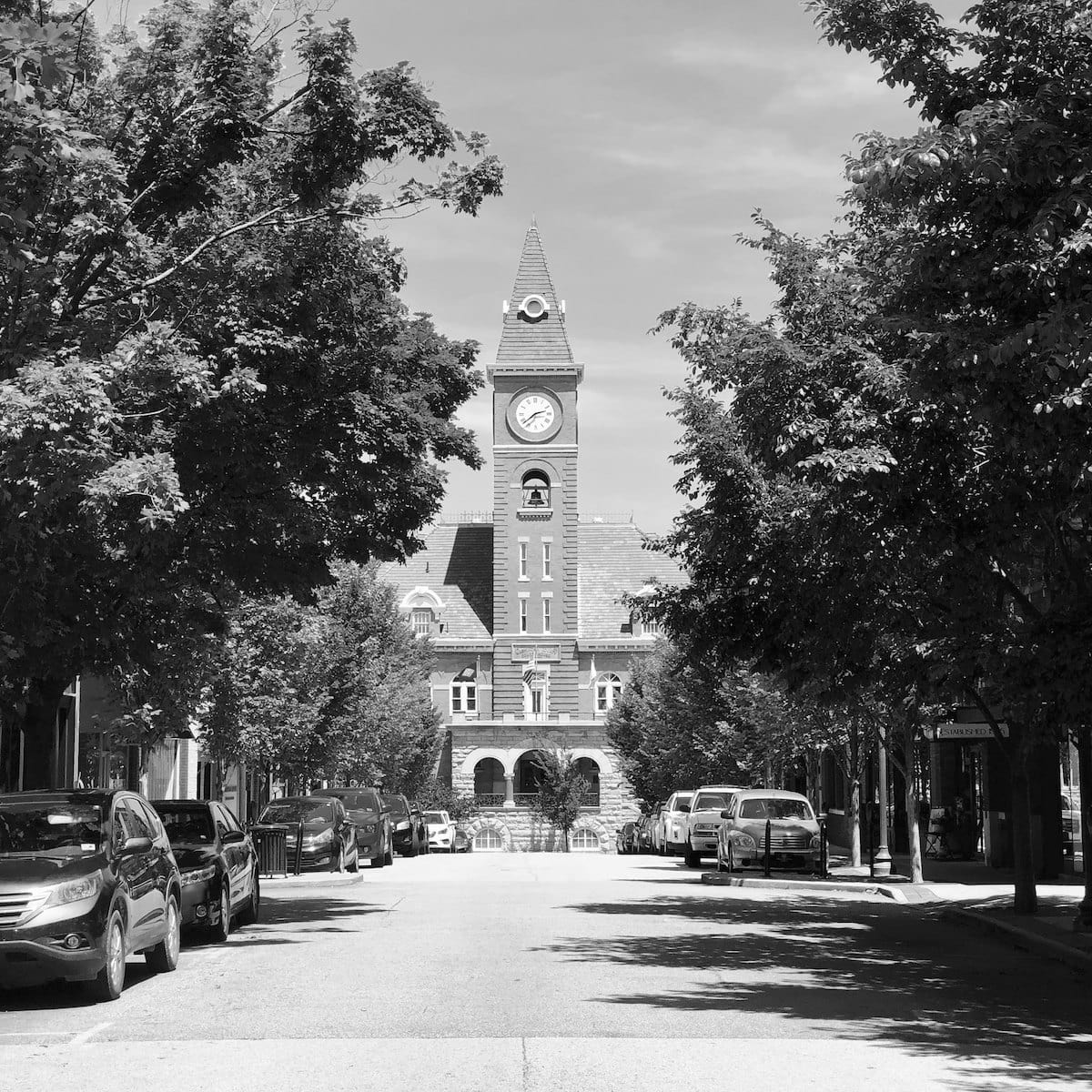 We convened in my friend John’s apartment on Maple Street in downtown Fayetteville. I was a law student preparing to move to Little Rock for a few weeks to work as a clerk for Attorney General Mike Beebe. But first, we had plans to really stick it to the Baptists by having John dress as Jesus and walk around the parking lot at the nearby University Baptist Church on Sunday morning while the rest of us held “Who would Jesus tow?” signs. That particular church was notorious for its vicious towing policy.

My upcoming move led to a discussion of how much better Fayetteville was compared to Little Rock. We lived in the progressive capital of the state. At that time, the rents were cheap, the beer was cheaper and we could walk to see live music and art almost nightly. I remember joking that someday we would find out a child was being tortured in a broom closet somewhere in the city, a reference to Ursula Le Guin’s short story, “The Ones Who Walk Away from Omelas.” In the story, Omelas seems like the perfect city. The people are intelligent, cultured and, most important, happy. However, locked away in a small closet is a child who is made to suffer and cries out for help. In Le Guin’s story, the people of Omelas know about the child but accept the arrangement. The child suffers so the rest of the residents can be happy. But not everyone who finds out can live with those circumstances. The conclusion of the story (spoiler alert!) has Le Guin describing the people who choose to walk away and live somewhere else. It is one of those stories like “The Lady or the Tiger” or “The Gift of the Magi” used to really get the students thinking.

I’ve thought about the comparison of Fayetteville to Omelas several times over the past decade. Especially lately. Fayetteville has beautiful parks and trails and, after a vote to extend a sales tax that was set to expire this year, we will soon have an arts corridor, better parks and trails and a brand new $30 million police station. Let me be clear. This is not to be taken as a blanket criticism of government spending, especially on parks or trails. In an ideal system, everyone pays their fair share. Not so in Omelas. And not so in Fayetteville.

Last month, the Arkansas Justice Collective, led by immigration attorney Stephen Coger, released a report outlining the increased prosecutions of marijuana in Fayetteville and the racial disparities in the policing, especially by the local drug task force. The city disputes some of the specific numbers, but the trend is obvious, especially to those of us working in criminal law. I’ve spoken with other defense attorneys who also noticed more young people, especially young black men, being targeted by the drug task force for selling marijuana. Coger and the Arkansas Justice Collective used data to connect the dots and show that our observations were on point. In addition, Coger also keeps the pressure on the city administration when he receives reports of over-policing in poor or black neighborhoods. It’s been a long repeated joke that if you are a white lady driving a fancy SUV in East Fayetteville, you can pretty much do whatever you want, but if you dare drive anything in South Fayetteville, especially while black, watch out.

Anyway, I’m not saying that what is happening in Fayetteville is the same as in Omelas, but there are parallels. Increased prosecutions, regressive taxes, fines and court costs mean that some residents of Fayetteville suffer more of a financial burden while others have the time and financial resources to enjoy the amenities Fayetteville has to offer. I believe where Fayetteville differs from Omelas is the lack of knowledge. Many of the progressive citizens of Fayetteville are willfully ignorant of the bad things that happen here, having fallen prey to the mistaken notion that because the city of Fayetteville does so much good, like helping fund Seven Hills Homeless Center, leading the way on human rights with regard to LGBTQ issues and working to protect the waterways and trees, they do not have to keep a close eye on the administration and police. We’ve learned from Coger’s study that this simply isn’t the case. We have to be aware of what is happening in our city, especially in the places where power is wielded the most and the potential for abuse is the greatest.

While working on this story, I discovered that I am not the first columnist to be inspired by Le Guin. The New York Times’ David Brooks, who I try not to read because I am tired of white men telling me what to think, wrote about Omelas back in 2015. But what Le Guin and Brooks never mention, is, instead of staying and accepting the status quo or walking away altogether, there is a third option: Staying and demanding the release of the child. That is maybe the hardest option of all. You see, people often push back against systemic change. People often refuse to believe a place they love could be propping up a system where some bear more than their share of the burden. But what good people do not do is stay quiet when faced with the facts that inequality abounds in the city they love.

We never did follow through with our tow protest at the Baptist church. That’s a shame because it was one of our better ideas, but complacency, schedules and the desire to sleep in on Sunday morning all got in the way. We decided that the people who were being towed while just trying to enjoy a night on Dickson Street were on their own. We accepted the status quo. Eventually, the city stepped in and stopped some of the most egregious behavior by the lot owners and the tow companies thanks to some vocal citizens and responsive elected officials. Now, almost a decade and a half later, as some of our city leaders have shown they are ready to act to change the system, I hope the citizens of Fayetteville will not accept our current circumstances and will pick that third option. They should engage with the city and push back against the inequity in the increased marijuana arrests and prosecutions. Not because we are a town of hippies or dope smokers, as some outside Fayetteville like to call us, but because we are a city of good people.