Billy Fleming 8/2/18 3:00am
The endless debate about whether the Democratic Party will shift left or tack center overlooks a much more important dynamic: a shift in who occupies the center of the Party.

Billy Fleming 5/31/18 8:00am
With primary season coming to a merciful end last week, the sprint to Nov. 6 is officially underway. 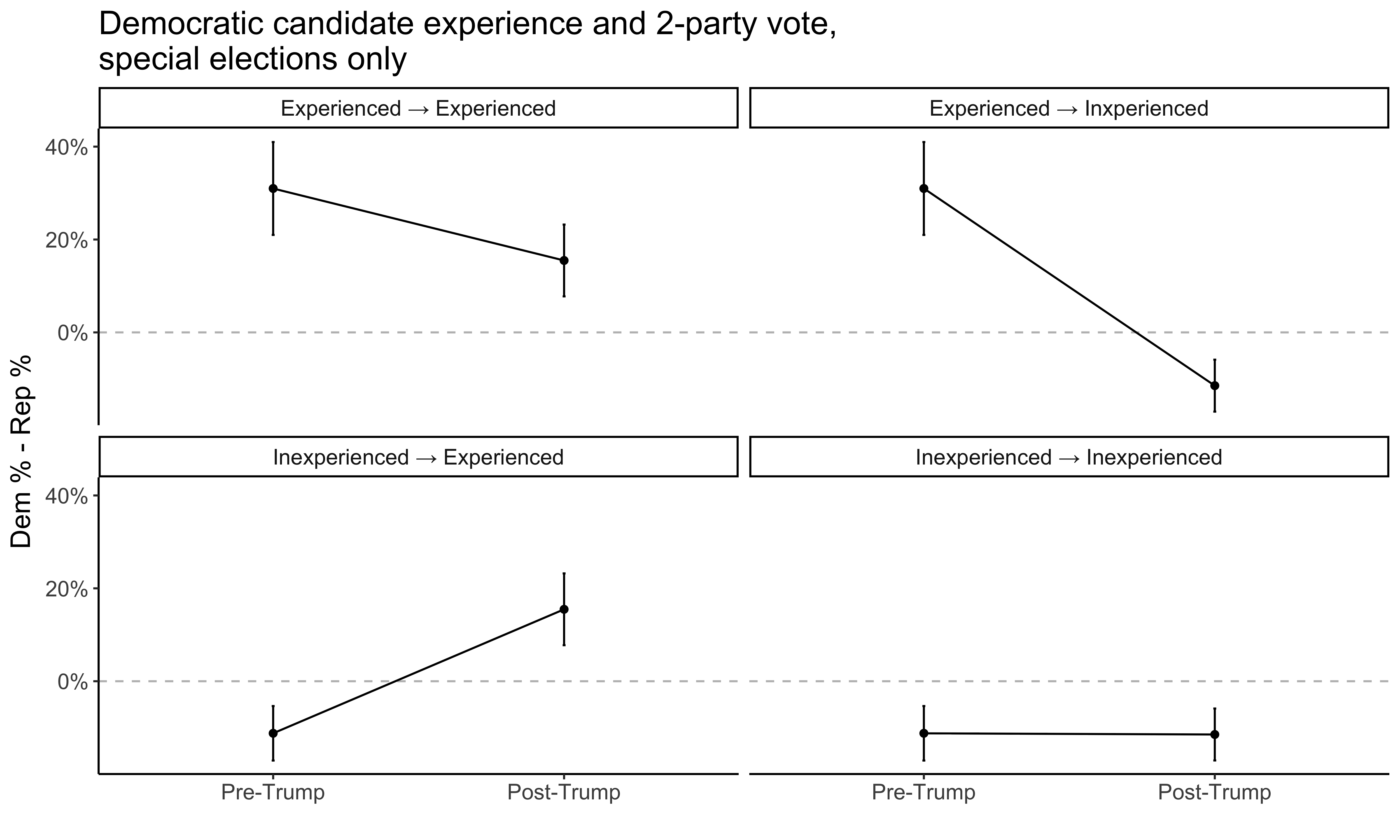 Billy Fleming 4/19/18 8:00am
Despite what national party organizations like the Democratic Congressional Campaign Committee and the National Republican Campaign Committee say, conventional definitions of candidate quality are not leading to progressive wins in 2018.

Billy Fleming 3/15/18 8:00am
Despite a clear opportunity to make significant gains in the state legislature, the prospects for a Democratic surge at the congressional level in Arkansas are relatively dim.

Billy Fleming 3/1/18 9:00am
If Arkansas joins the red state revolt this November, it will be because the slate of young, first-time Democratic candidates vastly outperformed Hillary Clinton on the ballot. 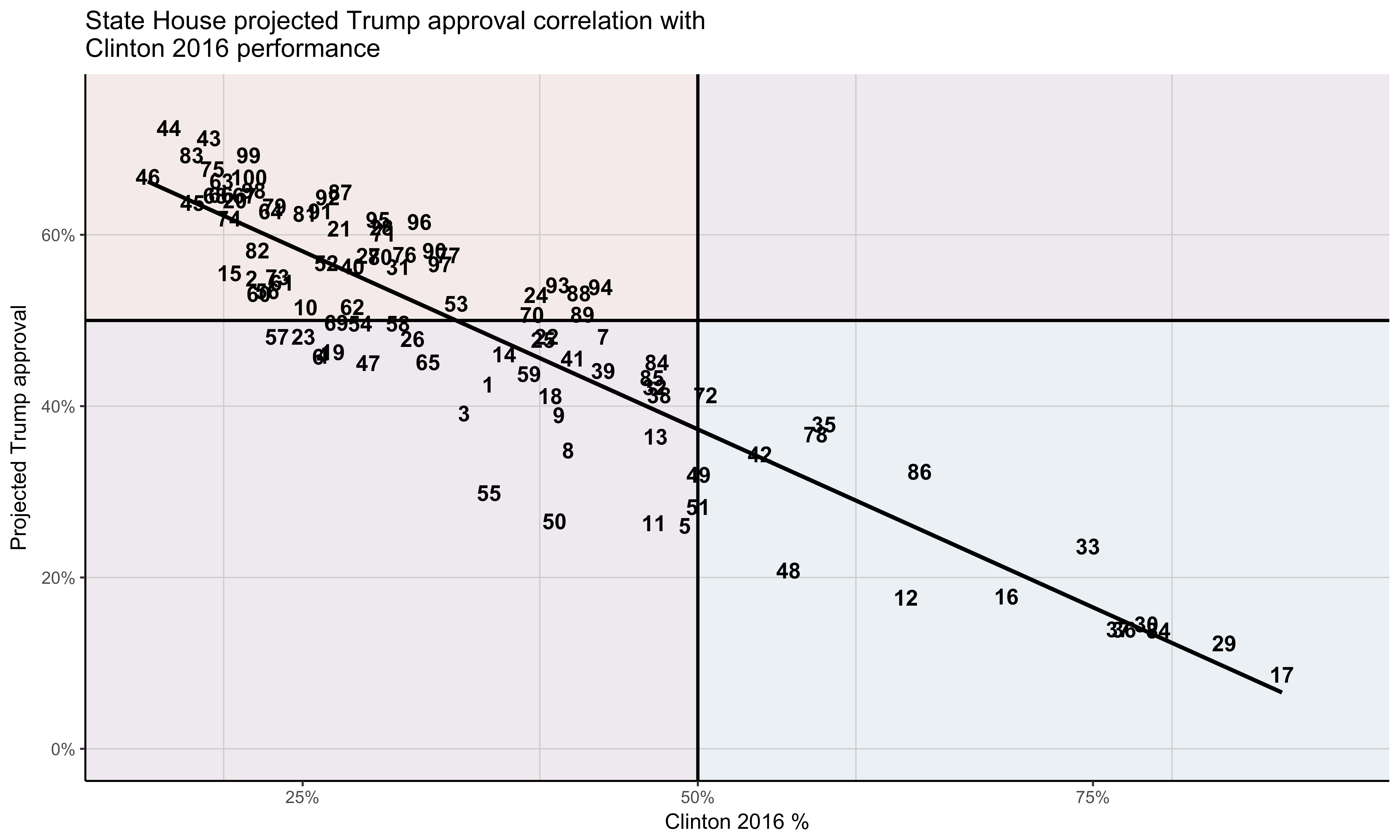 Donald Trump is historically unpopular — and not necessarily where you think

Billy Fleming 2/15/18 9:00am
My colleagues John Ray and Jesse Bacon and I estimate, in the first analysis of its kind for the 2018 election season, that the president's waning popularity isn't limited to coastal cities and states. The erosion of his electoral coalition has spread to The Natural State, extending far beyond the college towns and urban centers that voted for Hillary Clinton in 2016. From El Dorado to Sherwood, Fayetteville to Hot Springs, the president's approval rating is waning.

Modeling the blue wave in a red state

Billy Fleming 2/1/18 9:00am
I envisioned this column as a means for doing for Arkansas politics what the Indivisible Guide did for the resistance: to demystify how it works and to arm Arkansas Times readers with the information and tools they'd need to remake the system as they saw fit. 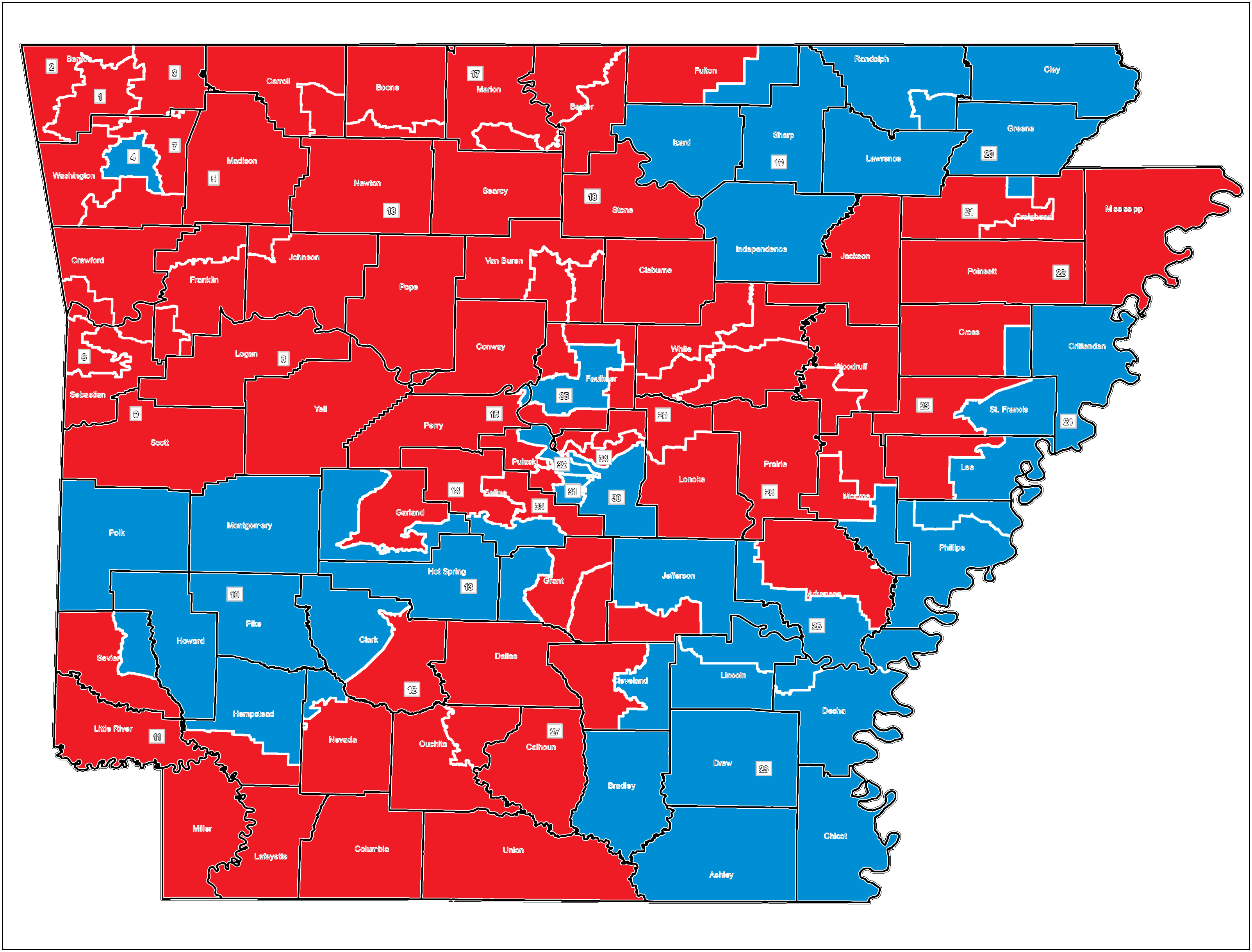 Billy Fleming 1/18/18 9:00am
Looking ahead to state Senate elections.
Advertisement 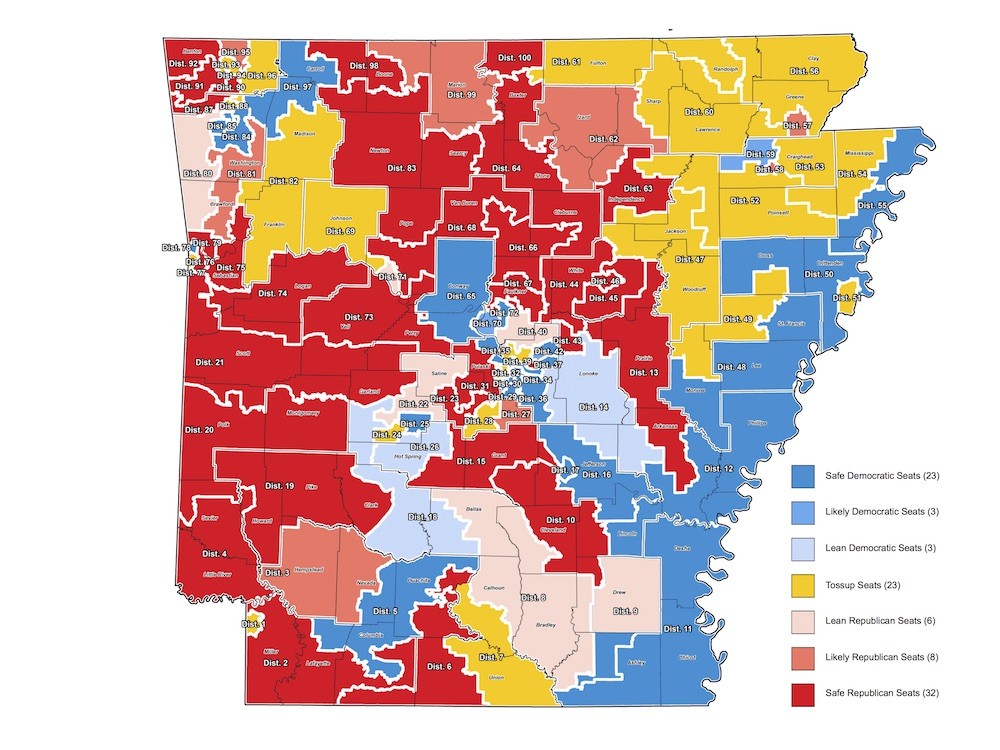 Billy Fleming 1/4/18 9:00am
The Republican stranglehold on Arkansas state government is in jeopardy. Using a model developed by John Ray and Jesse Bacon that incorporates a blend of fundamentals (presidential approval rating, for example) and legislative district-level demography (such as household income and race), we find that Democrats are poised to break the GOP supermajority in the state's House of Representatives this year.
Advertisement
Next page →