Despite what national party organizations like the Democratic Congressional Campaign Committee and the National Republican Campaign Committee say, conventional definitions of candidate quality are not leading to progressive wins in 2018. Candidate recruitment typically on finding people who either have previous experience in or appointed office or an ability to raise significant funds from already existing networks, or both.

In an analysis made with John Ray and Jesse Bacon, we find little evidence that those factors are what’s behind the burgeoning blue wave in 2018. In fact, the latter measure — an ability to raise money from existing networks — has had almost no impact on state legislative elections post-Trump.

As we’ve posited for some time now, the force behind the Democratic wave isn’t a slew of corporate lawyers, political legacies and small-business owners self-funding their campaigns. It’s the grassroots fire that ignited in the days and weeks after President Trump’s election — a fire that hasn’t dimmed a shade in nearly 18 months. Groups like Moms Demand Action, Indivisible and Color of Change PAC aren’t just knocking on doors, making the calls and raising the money that helps win elections — they’re putting forward candidates of their own, and they’re doing it everywhere.

This isn’t to say that money and experience in politics are irrelevant. that isn’t true. Particularly on the experience side, it’s vital that government be run by officials who both in its purpose and possess some modicum of understanding for how it can and should function. As President Obama used to say, is good when the people in it are good — elected or appointed.

But we do believe that they’re vastly and that for too long too many people with too much power have used their importance as an excuse to exclude activists and newcomers from both parties. Obama often gets blamed for presiding over a hollowing out of the party’s down-ballot officeholders, but at least as much blame — and likely much more — belongs the party staff, consultants and officials who failed over and over again to think more creatively about how to define candidate quality in an era of dwindling power within the formal party apparatus. 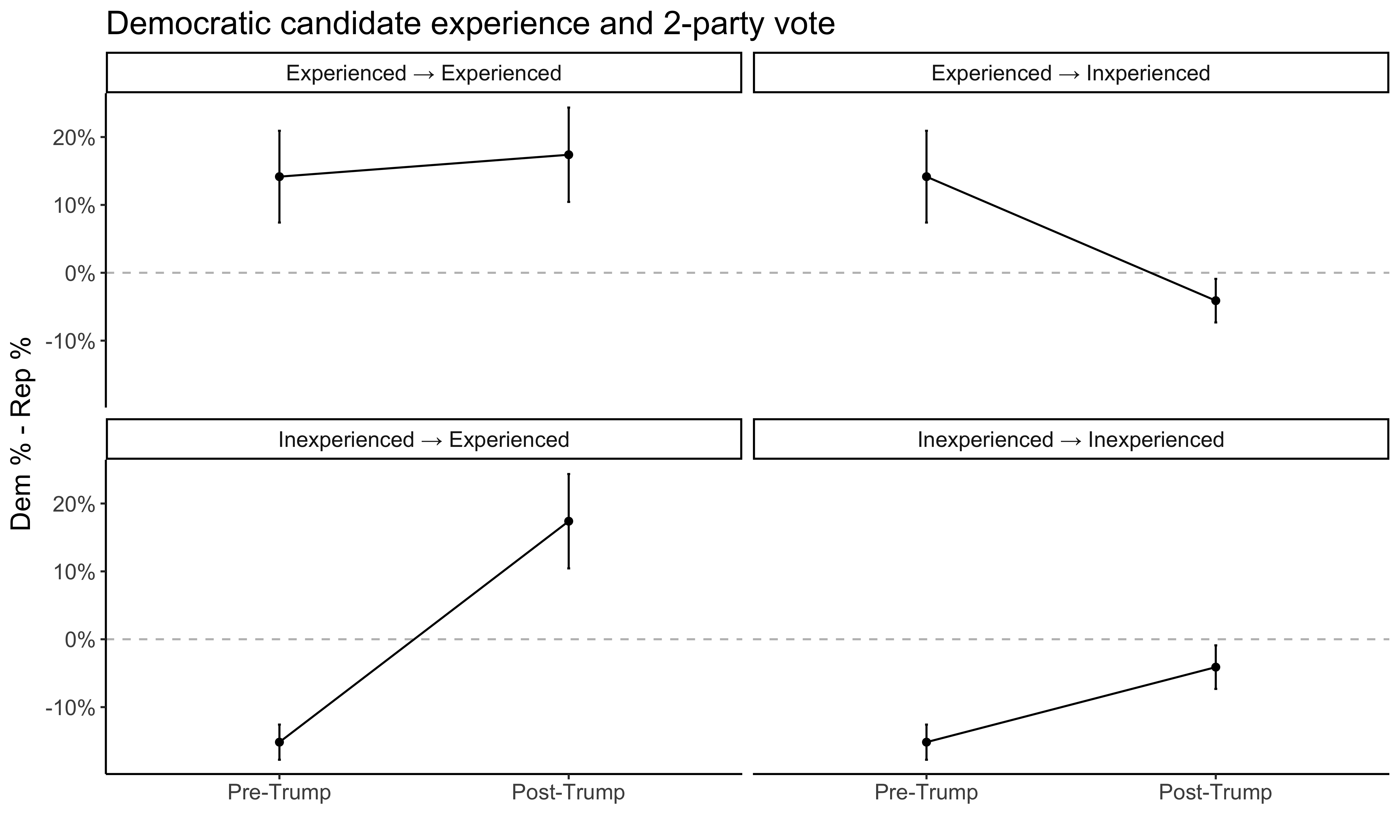 That’s already changing in Arkansas, where the state’s Democratic Party is fielding a historically large, diverse and young slate of candidates. In Northwest Arkansas, Moms Demand Action and Ozark Indivisible are vetting candidates during their regular meetings. Candidates from Jared Henderson (governor) to Joshua Mahony (3rd District Congress) and Nicole Clowney (state District 86 representative) have gone in search of support, rightfully recognizing that the nexus of political power has, for better or worse, shifted from the parties to the activists this year. This is especially true in the case of Clowney, who founded the Northwest Arkansas chapter of Moms Demand Action and often cites her experience in that group as a motivation for her campaign.

One thing wave elections often do is accelerate political forces that are already in motion. For Republicans, the tea party wave of 2010-14 did just that for a long-simmering conservative movement in Arkansas. The year 2018 can be the start of something similar for Democrats in Arkansas and, as our analysis shows, it may not require unprecedented fundraising dollars to do it. As political giving has shifted away from parties and toward candidates and outside organizations, the nexus of political power has moved to its rightful place: the grassroots. If Arkansas Democrats hope to begin the process of rebuilding their power in the state this year, they’ll do what their counterparts in Virginia, Oklahoma and elsewhere have done: Let their grassroots lead. 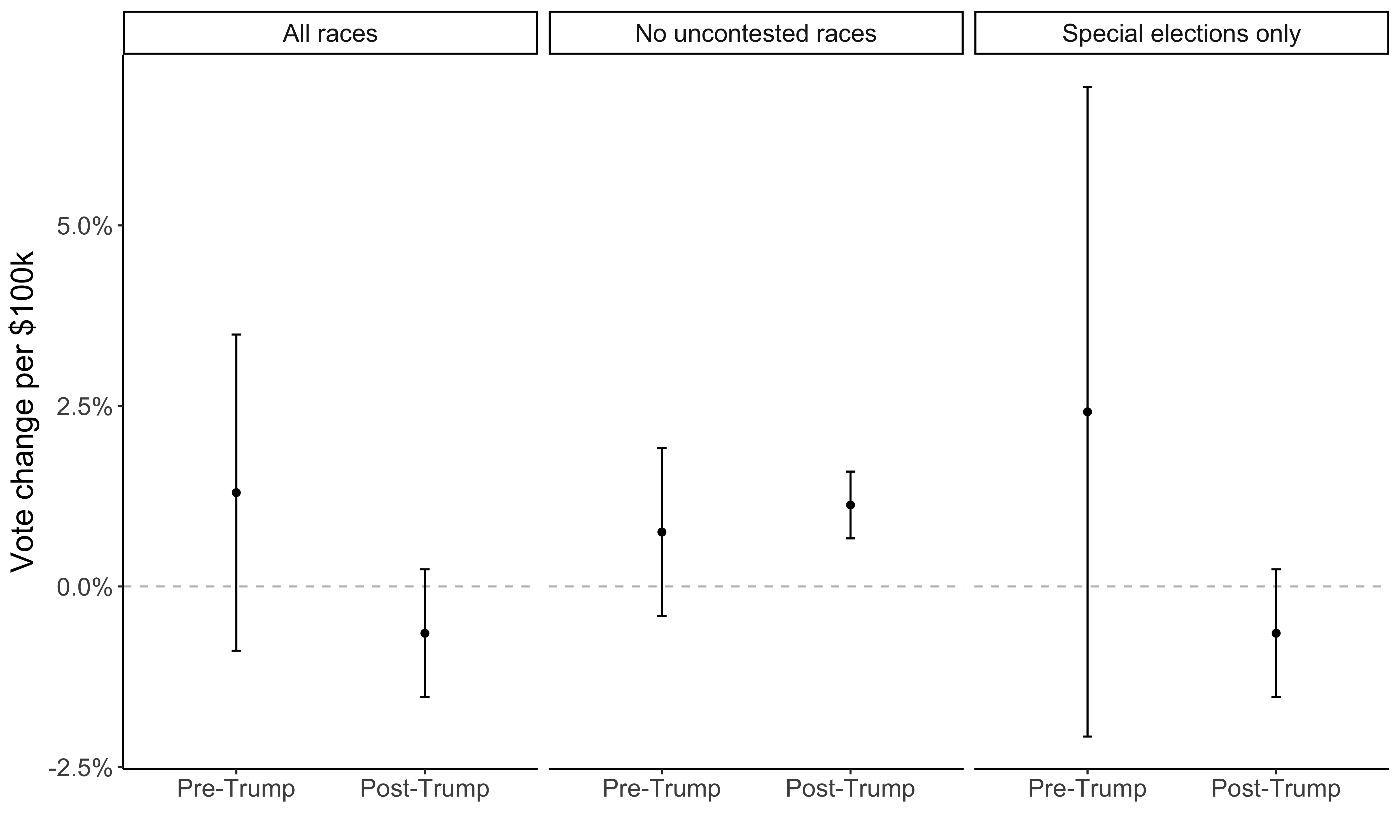