Bob Lancaster, one of the Arkansas Times longest and most valued contributors, retired from writing his column last week. We’ll miss his his contributions mightily. Look out, in the weeks to come, for a look back at some of his greatest hits. In the meantime, here's a good place to start.

Bob Lancaster 2/14/13 6:00am
If you're going to devote an entire month to appreciating the history of a color, it might as well be the color black.
Advertisement 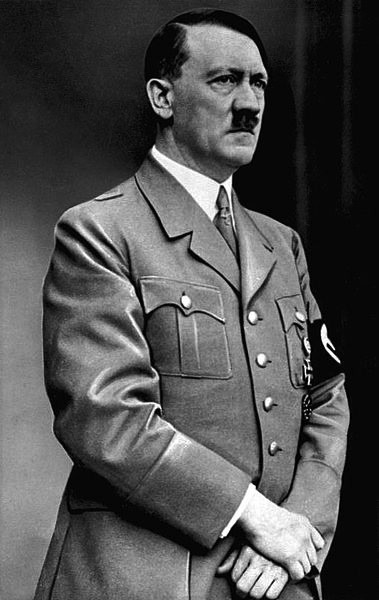 Bob Lancaster 1/30/13 6:00am
I remember in the famous book "Brave New World" how they worshipped Henry Ford where it had once been God, so they'd say "Oh Ford!" instead of "Oh God!" and on their Facebook and phone texts it would've been OMF instead of OMG. But Henry Ford never caught on as a deity so we still have OMG.

Did the alien pack?

Bob Lancaster 1/23/13 6:00am
I've never been drawn to conspiracy theories, but I kinda like this latest one — the one claiming that the recent massacre of school children in Newtown, Conn., never happened.

Piling on the reps

Bob Lancaster 1/16/13 6:00am
Last week I promised in 2013 to give only serious consideration to serious topics in this space. OK, I've got the serious topic — contempt for Congress. Not contempt of Congress, which you can go to prison for. Contempt for, an American given, held steadily, resolutely, justifiably for more than 200 years.

Bob Lancaster 1/2/13 6:00am
One of my resolutions for the new year is to fill this space only with serious commentary. No more frivolity here. There's been entirely too much of that for 20 years now.

Bob Lancaster 12/26/12 6:00am
Here are some predictions for the coming year. On the whole, the list looks pretty encouraging, following all the doom and gloom of 2012.

Bob Lancaster 12/19/12 6:00am
Getting the jump on unlucky '13, I've worked up a list of New Years resolutions. Thought I'd go ahead and share them early, as the world is scheduled to end on Friday and I wouldn't want them to go to waste.

If not fewer, better

Bob Lancaster 12/5/12 6:00am
I know you people mean well but really, honestly you need to get over this annual urge to shower Ol' Moi with Christmas presents as your way of saying thanks for the uplift that the weekly ruminations in this column have brought into your otherwise drab and dreary lives.

Long as the limb don't break

Bob Lancaster 11/28/12 6:00am
Kicking around out on the lease, hoorawing Rudolph'n'em, old boar hog cut me off and run me up a shagbark snag. Lost my piece in the scramble so nothing for it but to wait him out. And him me. We settled in.

Bob Lancaster 11/21/12 6:00am
Time again to say grace over the bird. Some possibilities to pick and choose from.

Putting meat on the table, and necks

Bob Lancaster 11/14/12 6:00am
The point of this one is, now that the long political campaign and the election are over, there are no Ol' Moi opinions left in the old kit bag.
Advertisement

To Hell with you

Bob Lancaster 11/7/12 6:00am
You'll recall him as the ex-Bro. ex-Gov. CheezWhizaholic, always with his hand out grasping for additional earthly treasures to lay up, now hired Murdoch throat and bass guitar in a Xian rock band that, if it isn't named the Fox Dicks, ought to be. His latest gig has been helping mainstream Republican rape apologists get elected to high public office.

Bob Lancaster 10/31/12 6:00am
I'm bedfast, laid low by a mysterious and elusive ailment, and I asked for sick leave this week. Editor Phil D. Hole, denying it, said: "Sick? Sick of what?"

Bob Lancaster 10/24/12 6:00am
It's been my custom to piss and moan anew with the turn of the year about what a sorry piece-of-crap month January is. And to gather up a new batch of incriminating facts and statistics proving that it is so. Our worst month! Our worst month indubitably. Raineth drop and staineth slop and how the wind doth ram.

Bob Lancaster 10/17/12 6:00am
It's become clearer in recent weeks what the agenda will be when the Republicans complete the big takeover next month of national, state and local politics.

Bob Lancaster 10/3/12 6:00am
I promised to report back to you on my annual blue-ribbon quest at the county fair, and it went about as expected, about as usual, and I'll start my usual loser plaint, my chronic loser whine, by saying these latter-day county-fair contest judges are no better than NFL replacement referees.
Advertisement
Next page →