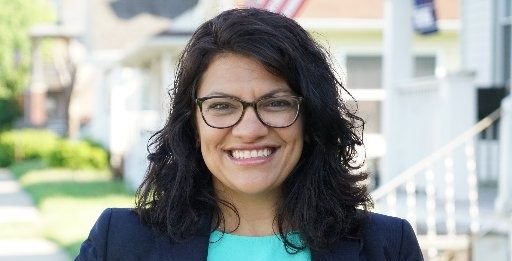 It's too early for the i-word

Gene Lyons 1/9/19 12:43am
What an outrage! A Democratic woman talking like a Republican man! President Trump should march right into the House of Representatives, grab this Muslim wench by her [expletive deleted] and deport her to whatever bleep-hole country she came from.

Gene Lyons 12/24/18 2:37pm
As the new year begins, it’s unclear how well President Trump grasps the altered political reality he faces. Indeed, using the words “reality” and “Trump” in the same sentence is a misnomer. One reason world’s biggest fabricator is also the world’s worst negotiator that he appears constitutionally incapable of recognizing the other side’s point of view.
Advertisement

Closer to the end

Gene Lyons 12/20/18 3:00am
Is it possible we're witnessing the beginning of the end of Donald J. Trump's presidency? The signs and portents are coming so fast that it's hard to keep score.

Gene Lyons 12/13/18 3:00am
Living as I do in the remote provinces, I often find myself fascinated by the cultural advances of America's great metropolises. Last week, for example, The New York Times featured an entertaining column urging people to walk cats on leashes. If I tried that, I'd definitely have a fight on my hands.

Gene Lyons 12/6/18 3:00pm
Some years ago, I watched a herd of nine mares stampede across a pasture on a friend's farm. It was an impressive spectacle, like that seen from the rail at a racetrack.

Gene Lyons 11/29/18 3:00am
Much of what I know about politics I learned from sports. If you want to know what's going on in a baseball game, for example, you've got to know not only the score, but the inning, number of outs, what runners are on which bases, who's batting, who's pitching, who's on deck, and who's warming in the bullpen. I could go on.

Gene Lyons 11/7/18 11:00pm
Among other eccentricities, I do not possess a smartphone and have never wanted one. It's bad enough that I spend my working hours flitting around the internet like an over-caffeinated sparrow without carrying Google in my pocket.

Gene Lyons 11/1/18 3:00am
During a grim and sorrowful time in the United States, I've found my spirits lifted by the Boston Red Sox.

Gene Lyons 10/25/18 8:00am
It's not for nothing that the most chilling scene in George Orwell's prophetic novel "1984" involves an act of puritanical voyeurism. Secret lovers Winston and Julia are lying together in their hideaway in the London slums when a steely voice comes out of the wall.
Advertisement

Gene Lyons 10/18/18 8:00am
To hear some people tell it, America stands at the edge of a dangerous precipice. No less an authority than Donald J. Trump, the nation's leading exponent of racial grievance theory, fears for the safety of the republic.

Gene Lyons 10/11/18 8:00am
For somebody like me, the Major League Baseball playoffs serve as a splendid diversion from the squalor of partisan politics. For serious fans, the drama of an October Red Sox-Yankees series provides the kind of emotional release others derive from a night at the symphony or a hike through a national park.

Gene Lyons 9/20/18 3:00am
Probably it's not possible to prove beyond a reasonable doubt whether or not Judge Brett Kavanaugh sexually assaulted then-15-year-old Christine Blasey Ford at a high school house party back in 1982. However, that's not the issue. Kavanaugh's not being charged with a crime, but with being a creep.
Advertisement

Gene Lyons 9/19/18 6:00pm
Probably it's not possible to prove beyond a reasonable doubt whether or not Judge Brett Kavanaugh sexually assaulted then-15-year-old Christine Blasey Ford at a high school house party back in 1982. However, that's not the issue. Kavanaugh's not being charged with a crime, but with being a creep.

Gene Lyons 9/13/18 3:00am
Unless you're a serious tennis fan, you probably don't know that exactly one player was expelled from the 2017 U.S. Open: Fabio Fognini, for calling a chair umpire a "whore" and worse in Italian during a losing match. He was also fined $96,000 and threatened with banishment from Grand Slam events if he didn't quit acting like a punk on the court.

Gene Lyons 9/6/18 3:00am
Nobody wants to see criminals on the sidelines or in big league dugouts. They beat up women or rob banks? Be gone with them. But am I the only one who's worn out with excessive moralizing on the sports page?

Gene Lyons 8/30/18 3:00am
Contemplating the heroic life of Sen. John McCain (R-Ariz.), it was easy to think of him as the last true Republican — a politician who thought it his duty to elevate country over party.

Gene Lyons 8/23/18 3:00am
How much power it will retain after November remains in doubt, but the Republican Party as historically understood is vanishing before our eyes. What remains is the Party of Trump, an authoritarian cult of personality.

Gene Lyons 8/16/18 3:00am
Everybody's favorite logical fallacy these days seems to be the argumentum ad hominem. That's where you make a personal attack on somebody's presumed motives instead of engaging the substance of what they've said. Sad to say, it's as prevalent on the political left as the right.
Advertisement
← Previous page Next page →