Read this month's issue
Browse the issue archives
Advertisement
Home Dining Restaurant owners can open up dining capacity to 100%, but many think...

On Friday, Gov. Hutchinson announced that the capacity directives placed on restaurants, gyms, salons, indoor and outdoor venues were being lifted and converted to public health guidelines. In other words, a restaurant can now fill up to capacity in spectacular pre-pandemic fashion. But we’re still in a pandemic, with a largely unvaccinated workforce of servers and front-of-house staff facing the public.

The governor said the mask mandate will stay in place through at least March 31, and he emphasized that the change in terminology — from directives to guidelines — does not mean that we should see drastic changes in behavior. In terms of businesses, he said, “They’re incentivized to follow the guidelines because it gives them business liability protection.” Meanwhile, a bill was passed in the Arkansas Senate that would return fines to businesses that were found to have violated the COVID-19 restrictions. It still has to pass through the House and the governor said he wouldn’t sign it if it does. 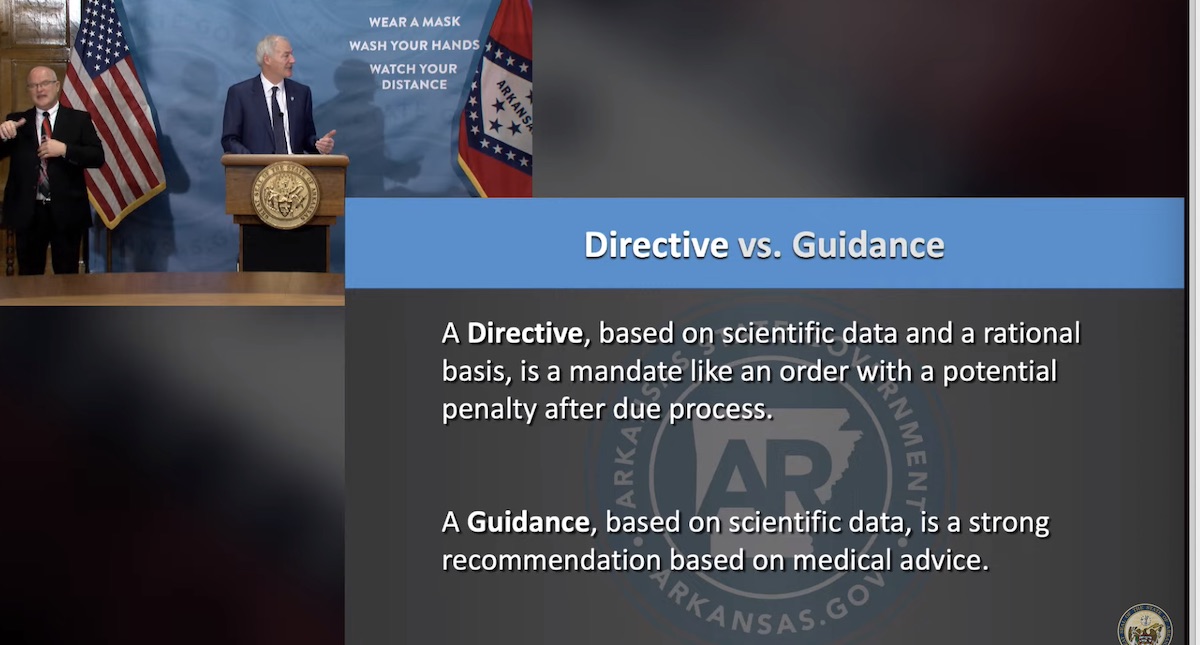 On Friday night, the governor’s message seemed to be received loud and clear. A reporter from KARK posted photos from a Texas Roadhouse in Benton filled to capacity with a 1.5 hour wait.

Capi Peck, owner of Trio’s, recently upped the capacity at her restaurant from 25 to 50%. Last November, when the White House COVID-19 task force recommended all Arkansas restaurants reduce capacity from 66 to 25%, Peck did so. In December, several members of the Trio’s staff were infected with COVID-19, including Peck. “I’ve shut my restaurant down three times in one year; I don’t want to do that again,” Peck said. “We’ve been just really easing our way back into it, and I plan on staying at 50 percent for the next several months. We’ve got to see some dramatic change before we’re going to do anything differently.”

Peck said the directives being lifted could give people a false sense of security.

“I’m very concerned that people are going to get a false sense of, OK, it’s over now. We survived. It’s been a year. Mask off, cram in, party on … I’m just very disappointed.”

Peck said she thinks it’s risky for restaurant workers because restaurants are one of the businesses where employees have to face the unmasked public. “And you know the vaccine rollout has been so slow and restaurant workers have not been vaccinated yet,” Peck said.

Peck said Trio’s has had an uptick in business as customers have gotten vaccinated. “We’re delighted to see that,” she said. “But I am not going to feel real confident until all of my staff’s vaccinated, and I’m afraid that could be a couple of months from now. So I do think it sends a very bad and erroneous signal to people. I know we’re all tired of it, but let’s just hang in there and not have another huge spike because I’m afraid that’s what’s going to happen. Everybody was cheering during the snowmageddon that our numbers were so low, but nobody was getting tested.”

Peck said she tends to listen to the Centers for Disease Control and the nation’s top infectious disease expert Dr. Anthony Fauci and her doctor friends in Little Rock. “They all think it’s way too soon,” she said. “We do not need to be opening up to 100%. Financially, I’d love that, but I’m not putting my staff or my customers at risk.” 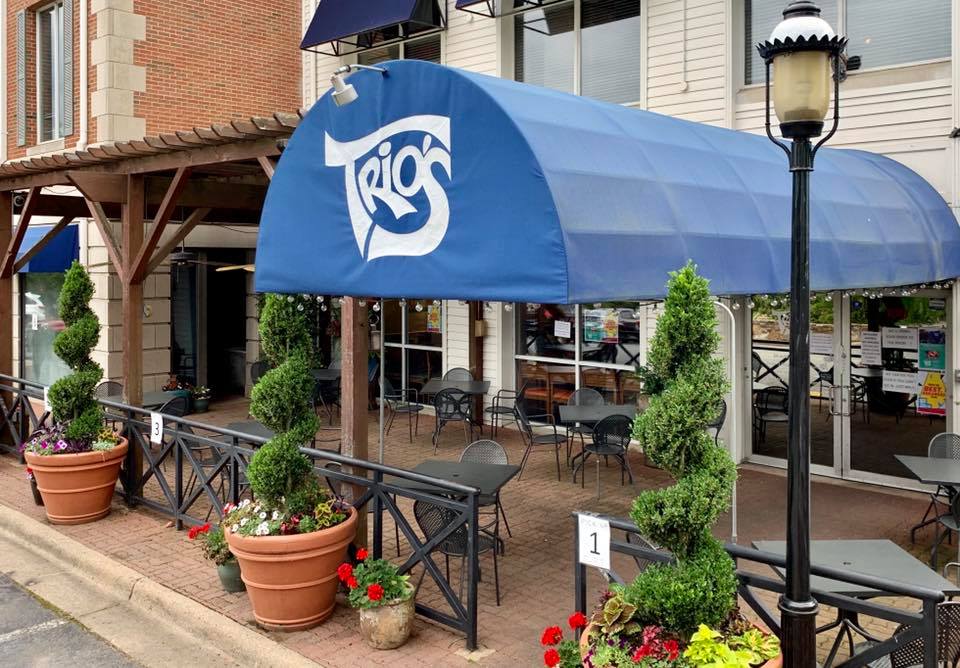 Bruno’s Little Italy, the venerable Italian restaurant located downtown on Main Street, is actually tightening up its restrictions rather than loosening them. Bruno’s just opened back up on Friday, Feb. 26, after being closed for a month when three employees tested positive for COVID-19.

“I think that we’re still gun-shy because we had three people test positive and all three having some pretty strong symptoms, especially my brother,” owner Gio Bruno said. “I’d like a lot more people to get the vaccine, including myself, before we do anything different.”

Bruno said they are limiting the amount of people that can be in the waiting area to try and ensure the safety of the customers and the hosts. 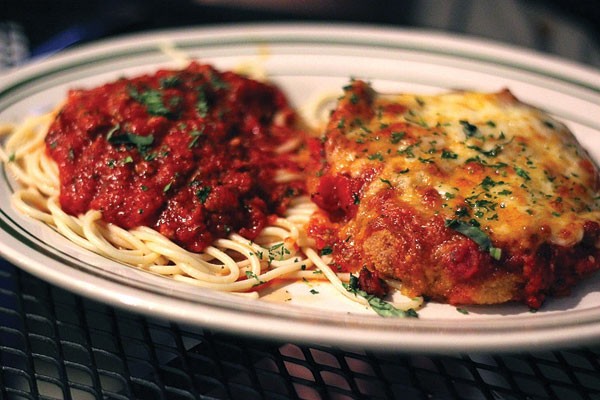 “We’ve stopped serving drinks to anybody that’s just sitting and waiting. Only people that are at the bar or at tables can get drinks, so that their mask is up the whole time they’re waiting. And of course we’re clamping down even more on everybody that’s employed here wearing a mask the whole time,” Bruno said.

“If you look at the numbers, it’s not over at all because most of the numbers they collected were from snow week when nobody got tested,” Bruno said. “This whole thing has been like, pretend like it’s over when it’s not, a million times over. I have too many friends that have either gotten bad cases or died because I’m 65, so I have a lot of friends that are a little older than me. I’m taking this thing seriously. Having my brother [Vince] have it and having my son have it was a real awakening as far as me wanting to clamp down.”

Bruno’s didn’t open up its dining room after the initial shutdown in March until October, long after the phased restrictions went into effect in May and June. Bruno said as other restaurants opened up, the financial numbers at Bruno’s went drastically down, forcing them to open up when he didn’t really want to. Bruno doesn’t think this situation will warrant that kind of pressure.

“All they’re doing is adding one-third to the dining rooms, that’s the way I look at it. So it may hurt us a little, but there’s a lot of grandmas and grandpas out there that are still going to get it from people not being careful,” he said.

Blair Wallace, owner of Ciao Baci in Hillcrest, said she woke up to her phone blowing up at 9 a.m. after the governor’s press conference Friday.

“It kind of was a shock,” she said. “Of course this weekend, as you can imagine, was pretty crazy. A lot of people didn’t know what was going on, patron-wise, and we just kind of played it by ear. After talking to [business partner] Suzanne [Boscarolo] and chef Jeff [Owen], we’re just going to continue to stay on our path [66% capacity]. We just don’t feel safe putting our staff at risk or some of our potential guests at risk, so we will not be opening at full capacity.”

Wallace said the crew at Ciao Baci is fortunate to be in a great community with a loyal base.

“Most of our people and our guests that come in really respect what we’re doing,” Wallace said. “Of course, there’s other guests that are absolutely like, ‘We’re ready,’ so it kind of puts us in a pickle, but we are just going to continue what we’re doing and stay at our limited capacity because we’re a small house. We don’t have the luxury of having a lot of square footage and space to open up, so more power to other restaurants that have that ability, but we just unfortunately do not.”

When asked if she thinks the lifting of restrictions could be interpreted by people as a call to let our collective guard down, Wallace said, “Oh absolutely, 100%. We ran into a few of those comments on Saturday night from guests trying to enter without their masks, and we’re just not OK with that. We’re a private business and it upset a few people and they turned away. But yeah, I mean it’s a whole shift in the paradigm. I think some people truly think that it’s over. Until my staff can get vaccinated that’s just how I feel. … We don’t want to hate on anybody that chooses to do something differently, but that’s what we’re doing.”

I mentioned to Wallace that a couple restaurant owners we spoke with said that Friday night was one of the busiest nights since the pandemic began.

“That was kind of us, too,” Wallace said. “I don’t think we were mentally prepared. There were definitely a couple times when people were just standing outside waiting. I know people are ready to get out, especially after the snowstorm, but there were times that I walked around and I felt uncomfortable. We just really want to do what’s safe.”