Standing at the window of the Yolanda Kitchen food truck on a sunny Saturday afternoon, I was reminded of a recent piece in The Guardian on the new publication of “The Cambridge Greek Lexicon,” an updated dictionary of the ancient Greek Language that aims to offer definitions that reflect the ribald nature of the original words, rather than avoid it, as did the dictionaries developed during the Victorian era.

What spurred the memory was the series of pictures of the dishes on offer, kindly labeled in Spanish and English, pasted across the front window of this truck — specifically, the image of puerco con salsa verde, kindly translated for us gringos as “Pig in Green Sauce.” “Pork” would have been the more palatable rendering of that word, denoting meat without necessarily reminding us of the specific animal. We like that vagueness. It’s why the jingle of America’s most popular fast-food joint doesn’t advertise its “all-cow patties.” 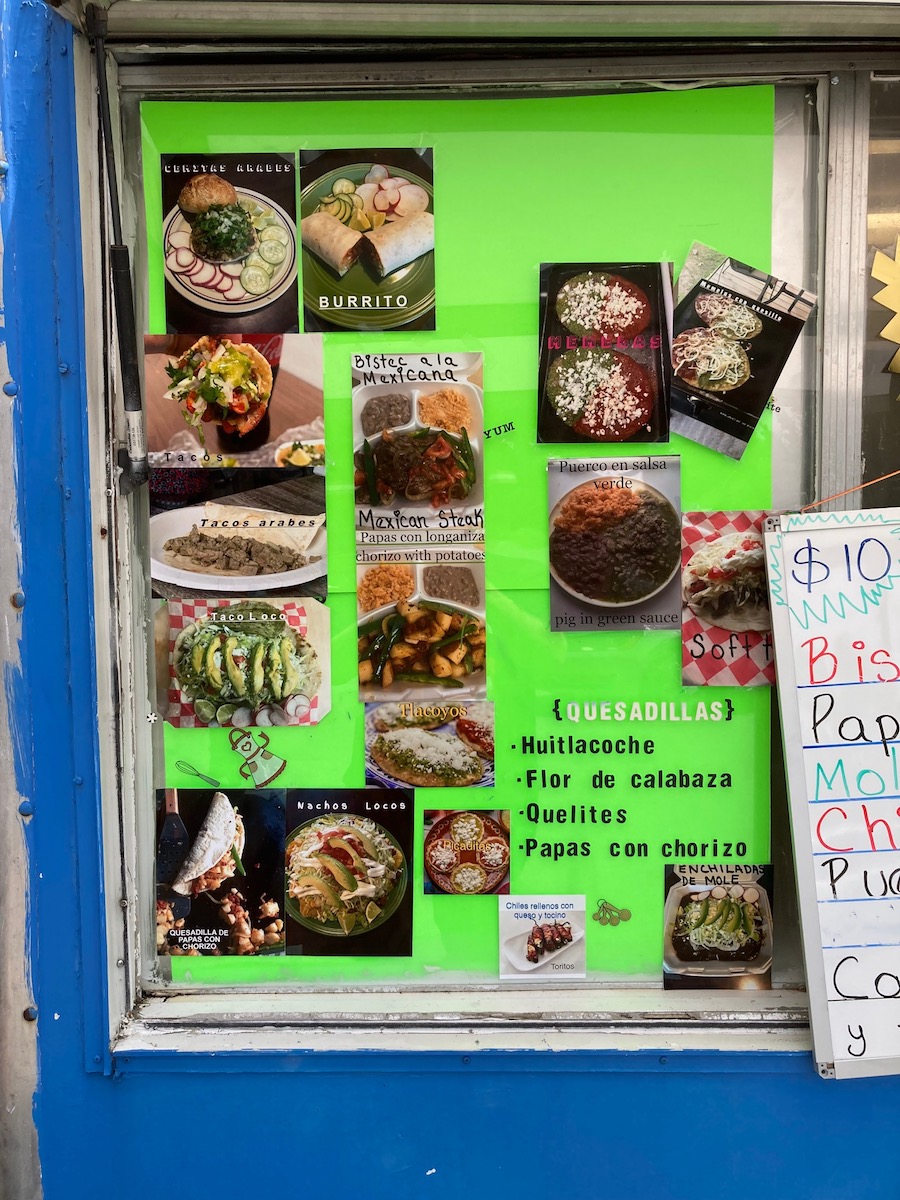 So there was something immediately charming about Yolanda Kitchen, located right in front of the departed but not forgotten Stagecoach Grocery and Deli, once a staple of culinary life here in 72204. A friend had recommended the place to me after a recent experience at a new but disappointing purveyor of tacos, and so one Saturday afternoon, the wife and I set out to visit. Stepping out of our car, we could already smell a range of delightful scents wafting from the boxy blue kitchen. Not only were there bright pictures dually labeled in English and Spanish, but there was also a marker board out front listing various items. My wife pointed at the top item on the list and said, “Ooh, I wonder what platillos are. Sounds delicious.”

“I could be wrong,” I said, “but I’m pretty sure that just means ‘plates’ or ‘dishes.’ Like, this whole thing is a list of their platillos.” 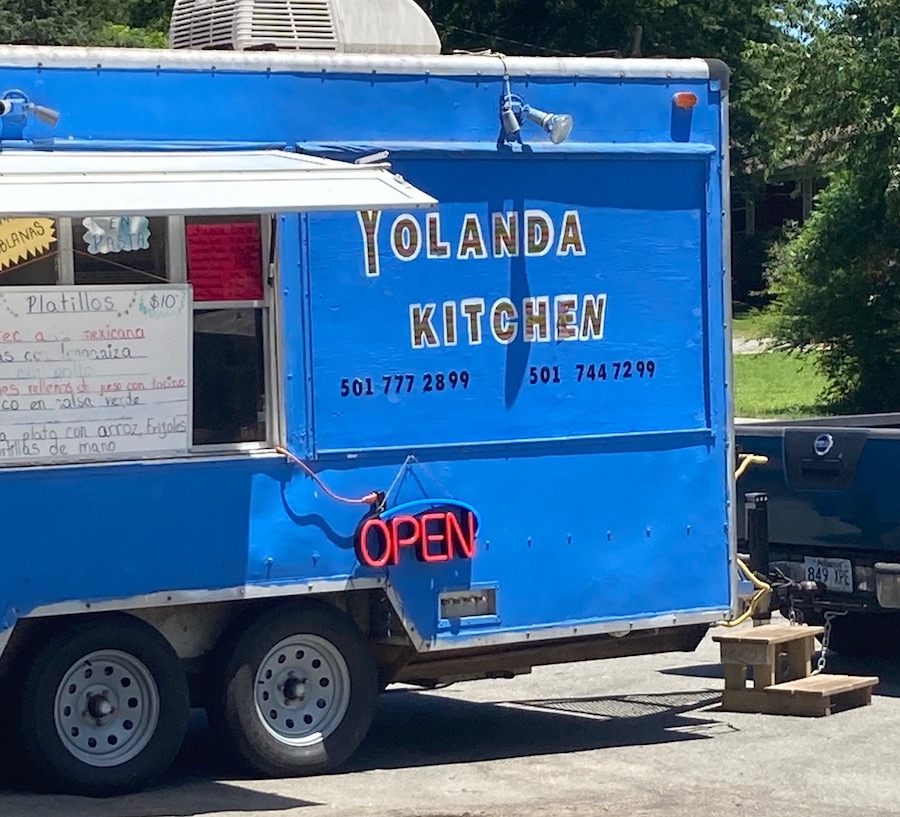 An older woman behind the glass saw me and summoned someone who could have been her granddaughter to take our order. The pricing is simple — everything listed was $10. The wife went for the Mole de Pollo, while I just had to have that Pig with Green Sauce. Although there are a few tables set up inside the former Stagecoach Grocery where one can eat, we got ours to go — and a good thing, too, because the wife was covered in mole sauce not two minutes after we set up on the back deck. “This is so good!” she said, slurping it up, and not sharing.

Her dish included two chicken drumsticks swimming in mole, while mine consisted of tender chunks of pig with a mild but nonetheless flavorful salsa verde. Each order came with a side of orange-colored rice a little stickier than the kind found at most Tex-Mex places, as well as a side of beans. But the real star of the meal was the tortillas. We each had a packet of five, house-made tortillas wrapped in foil, which remained piping hot even after the short drive home.

The next time I made a visit, the wife sent me with instructions to get her “some kind of tacos.” So I ordered something called the taco loco, which ended up being one massive tortilla loaded down with different kinds of meat, potatoes, and vegetables, all topped with a grilled cactus. She had to whittle away at it some before she could even risk trying to fold up that tortilla in her hands, and by that point, she was already stuffed and so passed it my way. I had just scarfed down my order of papas con chorizo, which was a delightful mixture of very soft potatoes, grilled onions and peppers, and chorizo, but I did my best with her leftovers. It was all too good to leave with the dog.

A lot of fantastic food in Little Rock flies under the radar for most people. Maybe you never hear about some of these places because they aren’t in your neighborhood or your friends haven’t mentioned them on Facebook. Or maybe you pass them by with the excuse that the place “looks a little sketchy,” or you’re not sure if they speak much English there.

No, Yolanda Kitchen is not typical of the food truck scene as most of us know it. It has no social media presence, and a quick Google search turns up next to nothing on it. And yes, its customer base is almost exclusively Spanish-speaking. But if the recent worldwide pandemic didn’t kill you, then neither will a little bit of awkwardness or uncertainty. We’ve spent more than a year just wishing that we could go out into the world and have some new experiences. Down in southwest Little Rock, you can find exactly that in a little blue box of a food truck dishing up some amazing food.