In 2016, Springdale-based Tyson Foods took a 5 percent stake in Beyond Meat, a leading vegan “meat” manufacturer known for producing a burger made of plants that “bleed” (Tyson added to that investment with an unspecified amount in December). Last year, Tyson Foods CEO Tom Hayes told Fox Business, “Plant-based protein is growing almost, at this point, a little faster than animal-based, so I think the migration may continue in that direction.”

That’s pretty significant, considering Tyson is the largest meat producer in the U.S. and the world’s largest chicken producer. It’s a positive sign for those of us who believe that factory farming is bad for the environment, bad for human health and bad for animals. It’s also, perhaps, a sign that makers of fake meat are coming up with products that don’t taste like rubber or tofu.

Unconvinced? Try Viva Vegan, a delightful newish vegan and gluten-free restaurant that will make you forget how unfun “vegan” and “gluten-free” sound. There you’ll find Mexican-fusion tacos and nachos made without meat or dairy that taste meaty and creamy. You can try it all in two trips.

Start with the Loaded Nachos ($8). It comes with a bed of tortilla chips topped by Viva Vegan’s two proteins: Korean BBQ, a textured plant protein (100 percent better than the name suggests) cooked in a tangy marinade, and carnitas made of jackfruit, a big green fruit native to South Asia that, honest to God, looks like pulled pork when it’s unripe. Unlike tofu, jackfruit takes a marinade easily. Viva Vegan owner and chef Maria Larios slow-cooks it in a secret marinade for eight to 10 hours. The result: It also tastes like pork, but without any of the saturated fat or cholesterol. On top of the meats comes a touch of spicy kimchi, Korean-style seasoned vegetables, chopped red cabbage and a enough that you would never it’s made of pea protein. 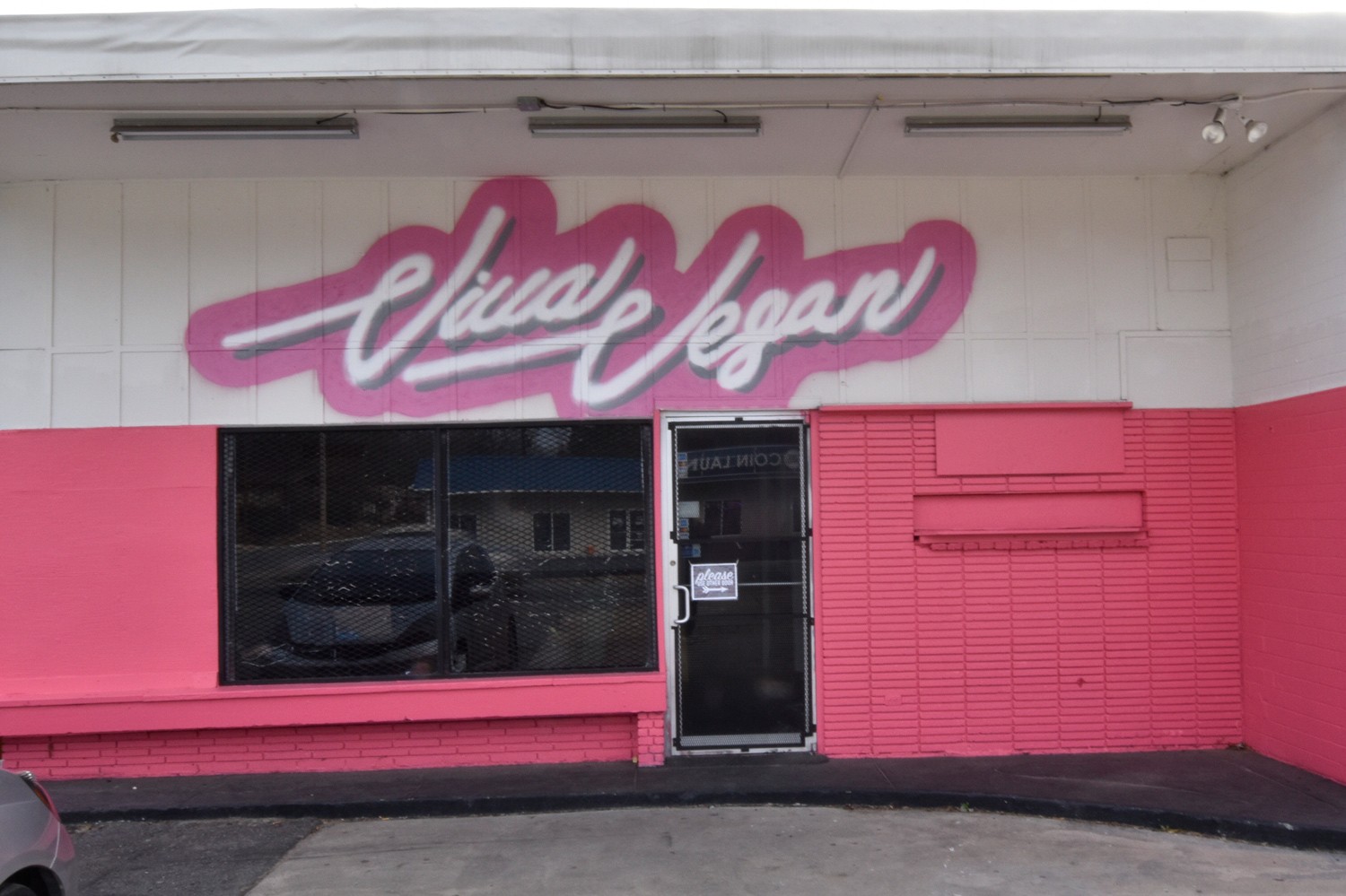 On one visit to the small but homey we split an order of Loaded Nachos and ceviche ($6) with a friend and left sated. The ceviche is made of hearts of palm and whatever other fresh vegetables Larios has on hand marinated in lime and seaweed, topped with an sauce and served with tortilla chips. We could eat it by the bucketful.

Larios opened the restaurant late last year after running Viva Vegan as a pop-up operation for a time. After living in LA, she and her partner landed in Little Rock somewhat at random, she said. They were looking for a community with a lower cost of living than in LA and with natural beauty; Little Rock fit the bill. Another motivating factor for Larios was her desire to continue and expand her Burrito Project food justice outreach, where she works to pool resources in the community to make food for homeless and low-income people. She also does mini-cooking demos on cooking plant-based foods that are affordable and taste good.

Locating Viva Vegan on 12th Street was by design. It’s near where she lives, for one. When she moved there, she said, she noticed that her didn’t really have many nearby food options. So far, many of her customers have been from the , she said. A number of them have come in and said that their doctor has told them they need to cut back on meat, but after living on the same diet for all their lives, they’re at a loss of how to go about it. Viva Vegan is a good place to start.

The horchata ($3), not available every day but often, is delightful. The innovative, revolving desserts — chocolate and strawberry cupcakes, chocolate chip cookies, carrot cake — are good, if a touch . Unlike the entrees, where nothing seemed lacking, we missed butter in the few we sampled. Larios says she’s contemplating expanding hours to include a Sunday brunch, by customer demand. On Sunday, Jan. 7, she’ll offer a special brunch event from 11 a.m. to 2 p.m.