“And, that, my friend, is a pickle fry,” she said, plopping the basket on the table. Margie, who’s been serving at Crazee’s for over a decade, had described them to us perfectly. “They’re not spears. It’s a pickle, cut in the shape of a french fry, and then fried. They’re good.” She was right. They were less greasy than chips and easier to eat than a fried spear, which often too easily detached from the batter surrounding them. A dip of ranch makes them even more satisfying.

Fried food is a fixture at Crazee’s. Margie is, too, and so is much of the clientele. She’s seen a lot over the years. Servers and cooks come and go. She watched the restaurant turn from smoking to nonsmoking, which ticked off some regulars, but won over others who wanted to bring their kids to their hangout (as well as folks who didn’t like to leave smelling like a cigarette). “I guess we lost some, but we gained a few too, so it balances out.”

Crazee’s is a bar’s bar. It’s got everything: a hardcore set of regulars (who used to be immortalized in caricature along the walls — the cartoons were taken down for cleaning when Crazee’s switched to nonsmoking and just haven’t made it back yet); there’s a popcorn machine right by the front door; neon beer signs (BUSCH-HHHHHH); and a couple of pool tables. Tables are scattered about. Service is friendly.

“I just wanted to have a place where anyone could come in and get treated the same and feel comfortable,” says Linda Houff, Crazee’s owner since 1993. “When we opened it up, everybody had their own place. The bookmakers had their bar, gay people had their bar. Everybody was split up and everybody kept in their own group. I just wanted a place where everyone could come and feel like they were welcome. I try to keep it basic, maybe too basic at times.”

Twenty-five years later and they’re still at it. It’s a great place to catch up over beers, watch the game, have a casual business lunch, or shoot a little pool. The food does its job, too 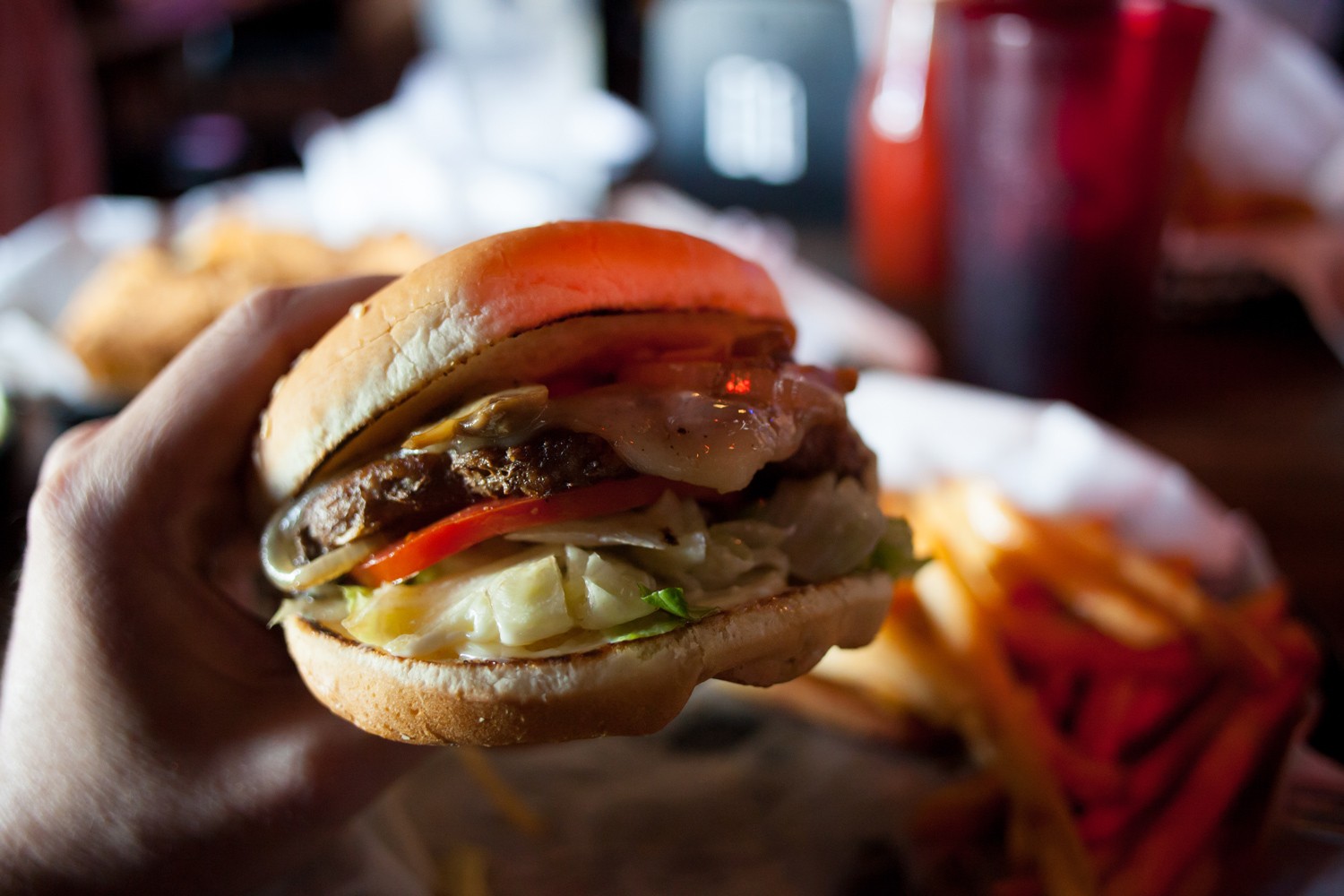 A half-order of chicken wings (five of them) only runs you $6.95. We tried the good ‘ Buffalo version. The wings are fried in a significant amount of batter. It gives the Buffalo sauce plenty to stick to, so they come out bright orange with a side of blue cheese dressing and some celery that no one touched. The sauce is flavorful — not too hot — and the wings themselves are hearty. They go just fine with cold draft beer.

The dog ($9.25) was a crowd-pleaser. A foot-long dog comes smothered in and slaw. Simple enough, but the slaw gets your attention. For one, there are tomatoes in it, which we’ve rarely if ever seen. But there’s another there we couldn’t quite pin down.

“That is an old country family recipe,” Houff says. “The taste you probably taste the most is garlic. But it’s kind of a lazy way to make slaw. You chop it up chunky instead of doing it like you’re supposed to. You either really like it or you don’t like it at all.”

There’s an entire section of the menu dedicated to burgers and you really can’t go wrong with any of them. There’s the MexBurger, the Jalapeno Bacon Cheeseburger, the Patty Melt. We always go with the Mushroom Burger ($9). You get a good-sized patty with grilled mushrooms and onions, lettuce, tomato, mayonnaise and Swiss cheese. But the best part is probably the buttery burned edge of the bun, which the cooks here nail every time. It’s a small thing, but it makes a big difference.

Crazee’s is one of those rare places where the food isn’t really the reason you go there, but it’s good enough to bring you back. hopes to keep the place going as long as she can.

“I’m old enough to retire,” she says. “But I’ll probably be there another few years. All my kids are grown. It gives me something to do.”

We’ve heard it said, and we believe it to be true, that Crazee’s has some of the best catfish in town. The pieces are just the right size and fried to perfection. A small dinner (two pieces) is $10.95. Add $3 to make it a large (four pieces).