“People say this location is cursed, but it isn’t,” says Gene Lee, the owner, operator, and “janitor” at Proof. “If you do a good job, people will keep coming back.” Lee opened Proof in March, hoping to establish the place as a bar for Hillcrest. And it’s worked.

“We’ve got a really diverse crowd,” he says. “You’ll see business people here in suits sipping on martinis and then somebody in shorts and flip-flops having a beer.”

Lee cut his teeth making cocktails and running the bar at The Pantry for about eight years, made a brief stop in New Orleans, and then decided to come back to Little Rock. He was calling around some of his old restaurant buddies looking for pick-up server shifts when he talked to Ugur Tasar, who owned Next (Proof’s predecessor). Tasar said he didn’t have any work because he was trying to sell the place and told Lee to be on the lookout for interested parties.

His goal was to establish a haunt: unpretentious, simple and consistent. He’s pulled it off nicely. On a recent Sunday night visit, we found ourselves out on the patio with a coterie of locals, two golden retrievers, kickball players, some Saints fans and a baby. The cocktail menu is short, and that’s by design. Lee doesn’t want servers spending tons of time making overly crafty drinks. The Old Fashioned is made in batches so all the servers have to do is plop ice in a glass and pour it over. It’s well executed and tastes just as if it had been mixed by the glass. For $5 during happy hour, it’s a steal.

The Vagabond ($10) is a darn tasty concoction and guaranteed to lighten the mood of even the dourest of patrons. It’s tequila-forward, but the pear brandy, lemon and honey come through. By the time you’re halfway done with it, you won’t really care what’s in it. Those of us who ordered one became more chatty and attractive. 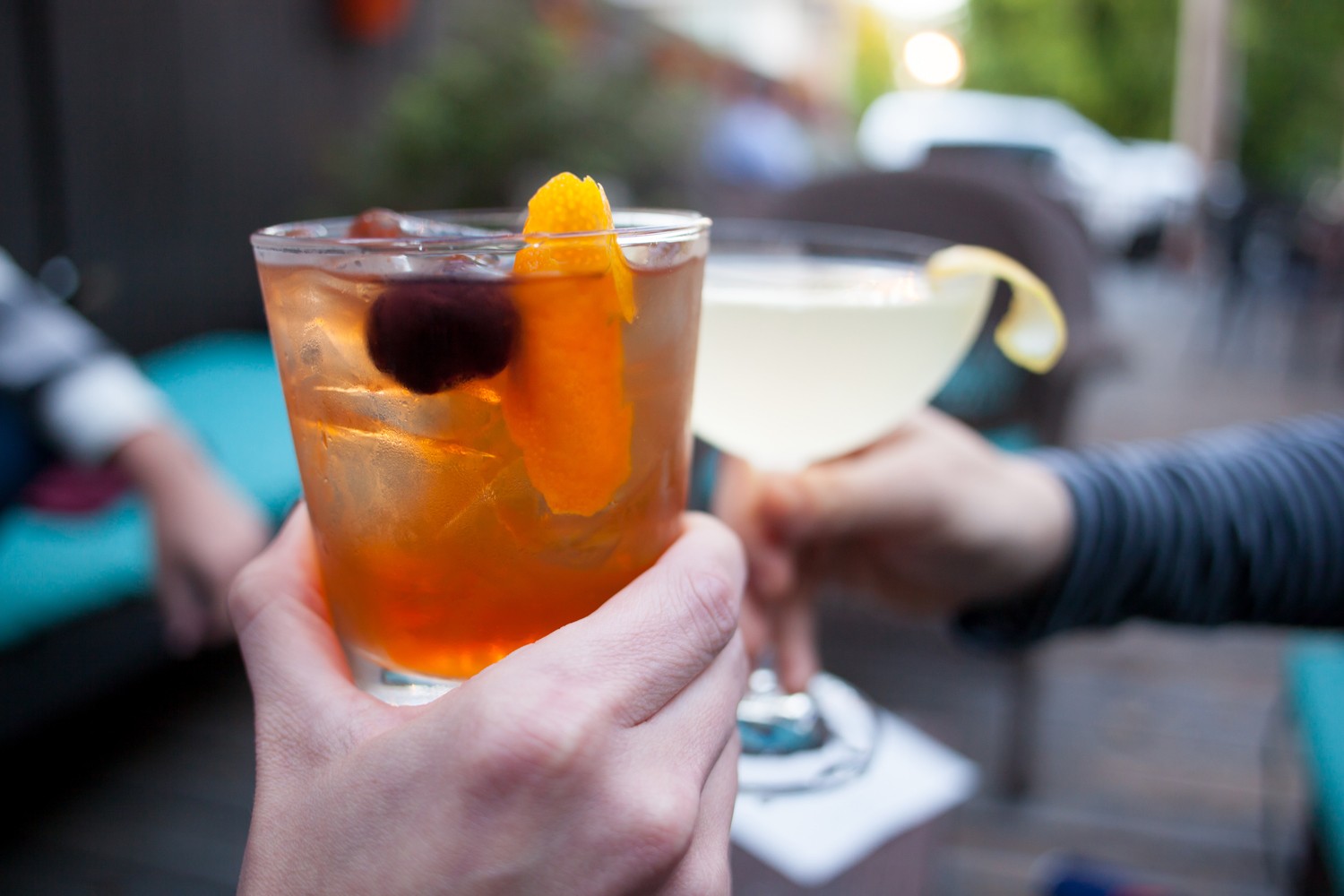 We ran into an issue ordering food. The cook was a no-show and wouldn’t be coming back ever. Lee left a busy bar to drop some french fries and wings, though, for which we were thankful. The wings come six for $7, and you have your pick between the Buffalo, barbecue or dry-rub variety. We were certain we wanted Buffalo. Lee was adamant that we really wanted dry-rub. He was right. The rub of paprika, cumin and some other spices he wouldn’t mention was enticing. The wings themselves were hefty, juicy and delicious.

“I probably get more excited about food these days than I do the drinks,” Lee says. “I think the key with our menu is I don’t ever want it to . I want to do things that are really good and easy to execute.”

Stay tuned. Lee says the Proof Burger is coming soon. He starts by adding a small of blue cheese crumbles, honey and truffle oil to the ground meat. The patties are covered in a blackening seasoning that’s made of white pepper, cumin, salt and a few other spices. Once it gets a nice sear, he’s careful not to cook it too much past medium. It’ll be topped with bacon, caramelized onions and arugula. The bun is slightly smeared with mayo and then grilled. “We’ll start there,” Lee says. “My goal is to just be consistent. I learned a lot about consistency from Tomas [Bohm] at The Pantry. So that’s what I want to do, just be simple and consistent and have a good bar.”

Since the cook quit, the pimento cheese ($6) was about our only other option and it was a good one. It’s got a bit of a kick to it and is served with celery, carrots and pretzel chips. It’s a good, dense nibble, and satisfying. Wash it down with a Moscow Mule ($7.50) for a kick of a different kind.