Rhett Brinkley 7/7/21 3:27pm
Brad Izzard, a native of South Africa, has recently been rehired and named executive chef of the entire hotel. Izzard formerly served as chef de cuisine under Antunes at One Eleven, and left the hotel after the shutdown to work as a chef at a private high end country club.

Rhett Brinkley 7/7/21 9:07am
Less than a week into the new college sports era granting players the right to earn money off their names, images and likenesses (NIL), Wright's BBQ in Fayetteville made a splash Tuesday as a number of Arkansas Razorback athletes announced sponsorships with the barbecue restaurant.
Advertisement

Stephanie Smittle 7/1/21 1:57pm
The Hillcrest Merchants Association will throw its annual ice cream social tonight on the 2800 block of Kavanaugh Blvd. from 6-7 p.m. with music from the Quapaw Brass Quintet, ice cream from Hill Station and popcorn, cookies and lemonade.

Rhett Brinkley 6/29/21 2:03pm
Serving up confusion in the time of the coronavirus.

The best donuts in Central Arkansas

Rhett Brinkley 6/29/21 10:32am
Ranking the glazed donuts of Little Rock and North Little Rock by the dozen.

@ The Corner reopens for dine-in

Rhett Brinkley 6/25/21 12:06pm
The restaurant announced on Monday that it would be closing for a few days this week to prepare to ease back into indoor dining, which it plans to start on Friday, June 25.

Guy Lancaster 6/16/21 9:13am
The food trucks you see heralded on Facebook aren't the only ones out there. Check out Yolanda Kitchen sometime.

Rhett Brinkley 6/10/21 11:06am
The Downtown Little Rock Partnership announced yesterday on Facebook that Samantha's Tap Room & Wood Grill will be reopening on July 7, more than four months after a water main rupture flooded the restaurant's basement during the snowstorm that hit Arkansas in February.

Rhett Brinkley 6/9/21 5:04pm
Tickets are sold out for the second dinner in the 2021 “History is Served: Arkansas Foodways Dinner Series," which features a tomato-centric menu by Scott Rains of Table 28. But more meals are planned.

Rhett Brinkley 5/26/21 10:06am
Quesabirria is their bestseller. Geovanny Villagran prefers to make birria with brisket or chuck meat cooked slowly (eight to nine hours) with a mix of dry peppers and Mexican spices.

Rhett Brinkley 5/20/21 11:50am
Certified Pies opened up the first week of October, becoming the first ghost kitchen pizza concept in Arkitchen and the only Black-owned pizza business in Little Rock.

Rhett Brinkley 5/19/21 1:41pm
The Galleries & Bookstore at Library Square has recently launched "What'chu Eatin Wednesdays," where every Wednesday from 11 a.m.-2 p.m. a different food truck will be in the square parked on Rock Street between the parking deck entrance and Bobby L. Roberts Library of Arkansas History & Art. Today, Lili's gets high marks from us.

Rhett Brinkley 5/12/21 12:09pm
Petit & Keet is celebrating its fourth anniversary on May 18 by bringing back the dishes that made Jacques and Suzanne one of the premier spots for fine dining in Little Rock in the '70s and '80s. 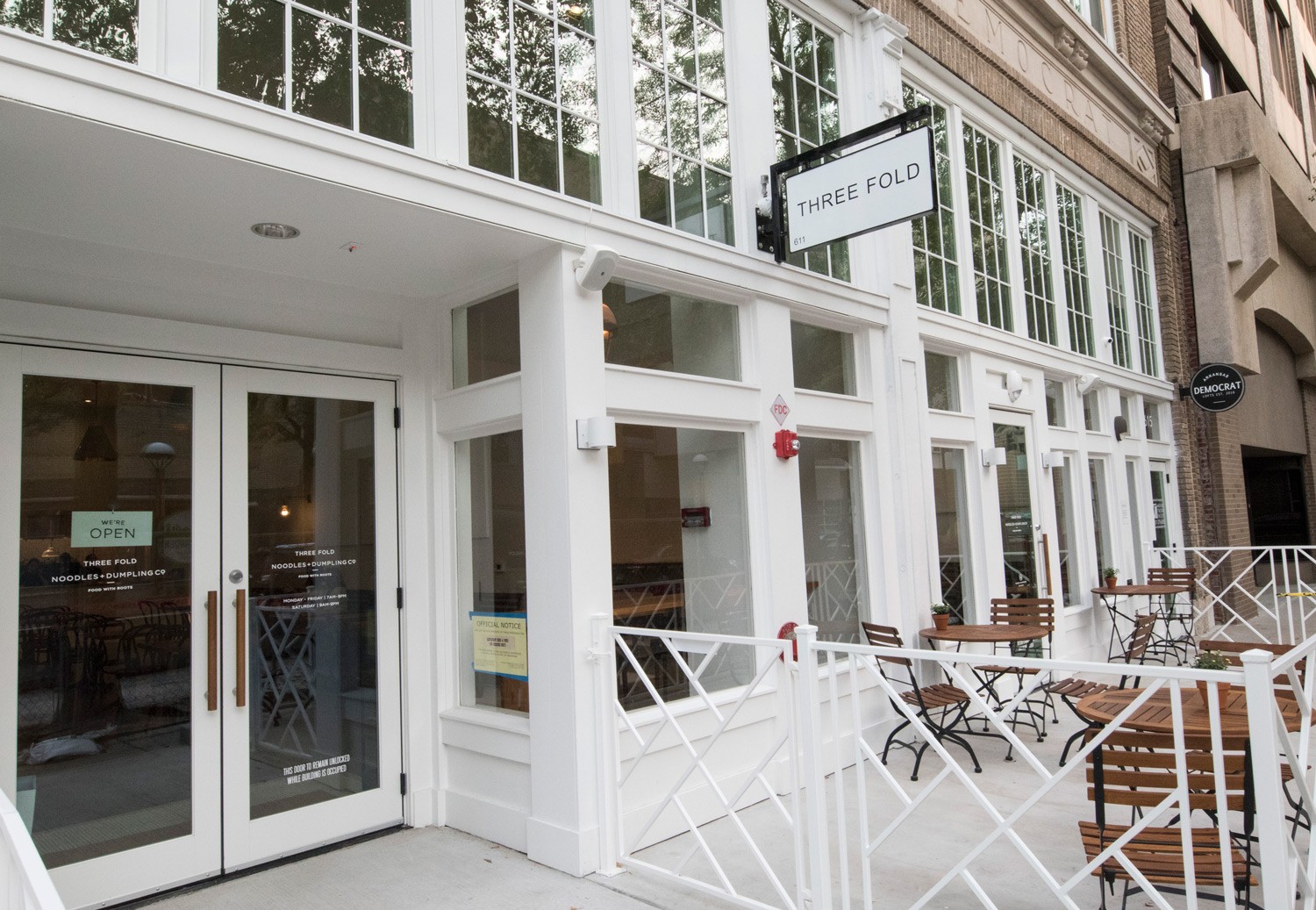 Rhett Brinkley 5/10/21 2:45pm
Three Fold Noodles and Dumpling Co. announced in an email today that it will be adding a second brick and mortar location in West Little Rock in the former Panera space located in the Pleasant Ridge Shopping Center at 11525 Cantrell Road.
Advertisement
Next page →