There may very well be a dozen cups worth ordering from the baristas at The Meteor Cafe in Capitol View/Stifft Station, but I wouldn’t know, because I always get the El Gato. Priced at $2.65, it’s served in a vermillion orange coffee mug — that mid-century milk glass that filled your grandparents’ cabinets — and it’s perfect drip coffee for people who don’t/won’t/can’t do the drip coffee routine at home.

I love it because ordering a generous portion of drip coffee in 2019 for less than five dollars feels downright frugal and because it’s strong enough to hide the bottom of the cup from view. Mostly, though, I love it because it manages to strike some deep, dark notes — caramel and chocolate — without tasting like the beans were burnt to a crisp. It doesn’t hurt, either, that the traditional stainless steel sidecar isn’t filled with milk, but with more coffee to top things off, meaning you’re never really drinking a lukewarm cup. 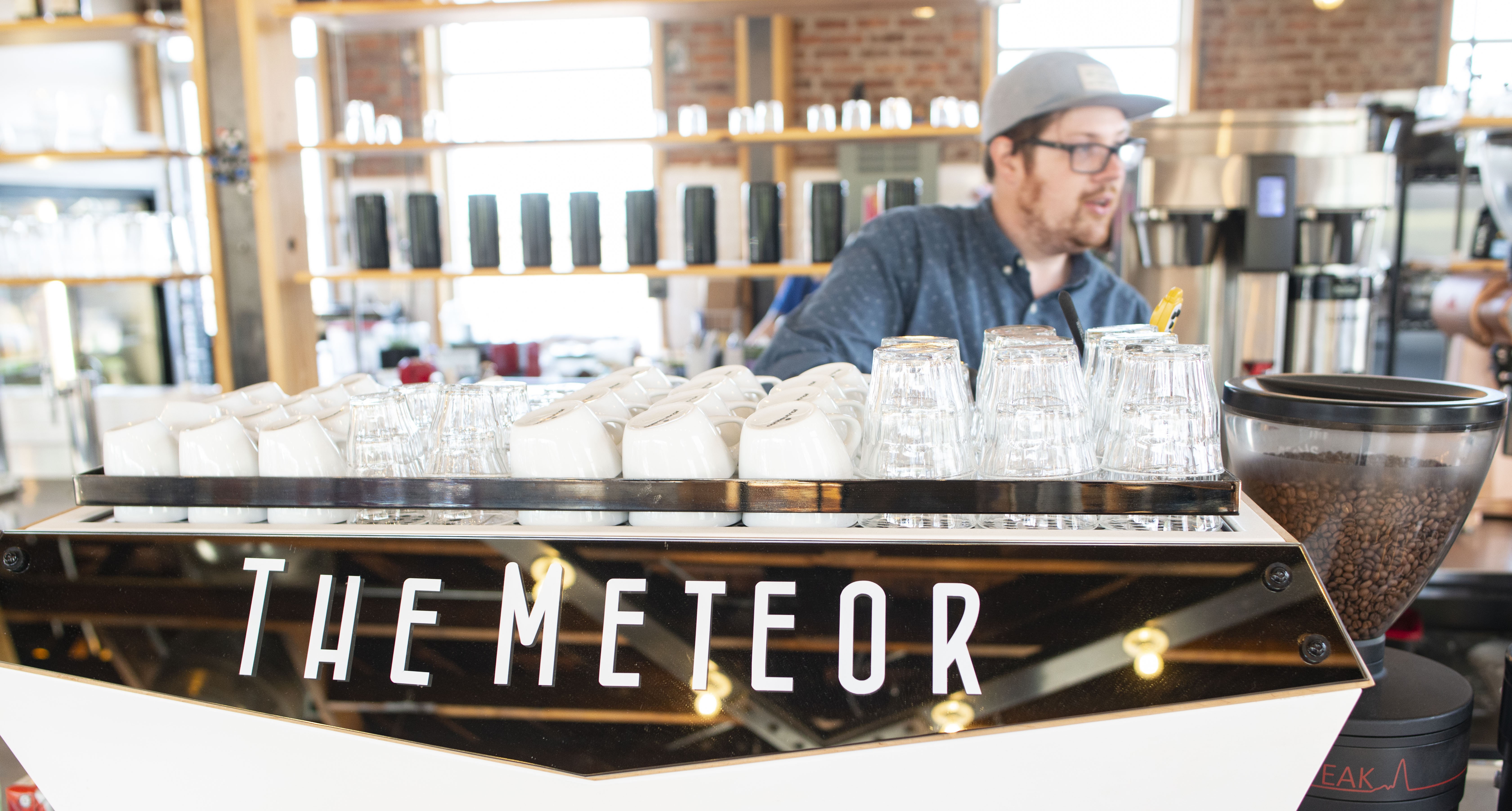 Garrett White The Meteor’s Barista Trainer, Garrett White, landed at The Meteor after working with the mad scientists of Northwest Arkansas coffee culture, Onyx Coffee Lab. White tells me that the bean comes from a Chicago-based company called Intelligentsia, and that what he tastes from the cup is “really raisin-y, with molasses and caramelized baked apples.” I’ll take his word for it; he did, evidently, study at something called Barista Camp.

The Meteor Cafe, a combination coffee shop/bike repair shop is located at 1001 Kavanaugh Blvd., Little Rock. Cafe manager Steven Smith told us that co-owner Doug Doug Zell plans to open two new locations: one in Bentonville, near the Crystal Bridges Museum of American Art, scheduled to open June 1; and another in Austin, Texas.