Much ado was made this week about the Impossible Burger’s arrival at Burger King locations in St. Louis, where the Impossible Whopper elbowed out a corner of the fast food menu in the name of plant-based eating.

Armed with some low-level curiosity and the kind of guilty feelings toward Mother Earth that only a carnivore can harbor, I found myself typing the words “Little Rock, Arkansas” into the location search box at the website for Impossible Foods, a California-based company with a self-described mission of “making meat using plants, so that we never have to use animals again.”

The Bar Louie at 11525 Cantrell Road in West Little Rock is serving them up as well — not to mention Dave & Buster’s, Red Robin and The Ohio Club, among others —but the person over the phone at the McCain location took great care to tell me that these vegetarian wonders were $8 every Tuesday, instead of the regular $14.50. It was Tuesday, so that was that.

Bar-within-a-mall vibes notwithstanding (and wow, there are many such vibes; brace yourself for that airport-layover-dining experience), Bar Louie is one of a handful of frontrunners in Little Rock for the plant-based burger, which utilizes a controversial ingredient called heme to trick helpless, hapless meat-eater synapses into firing off an announcement to the body that beef is in the building. (Also, for some reason, an Impossible Burger contains 2,350 percent of your daily nutritional allowance of thiamin.) 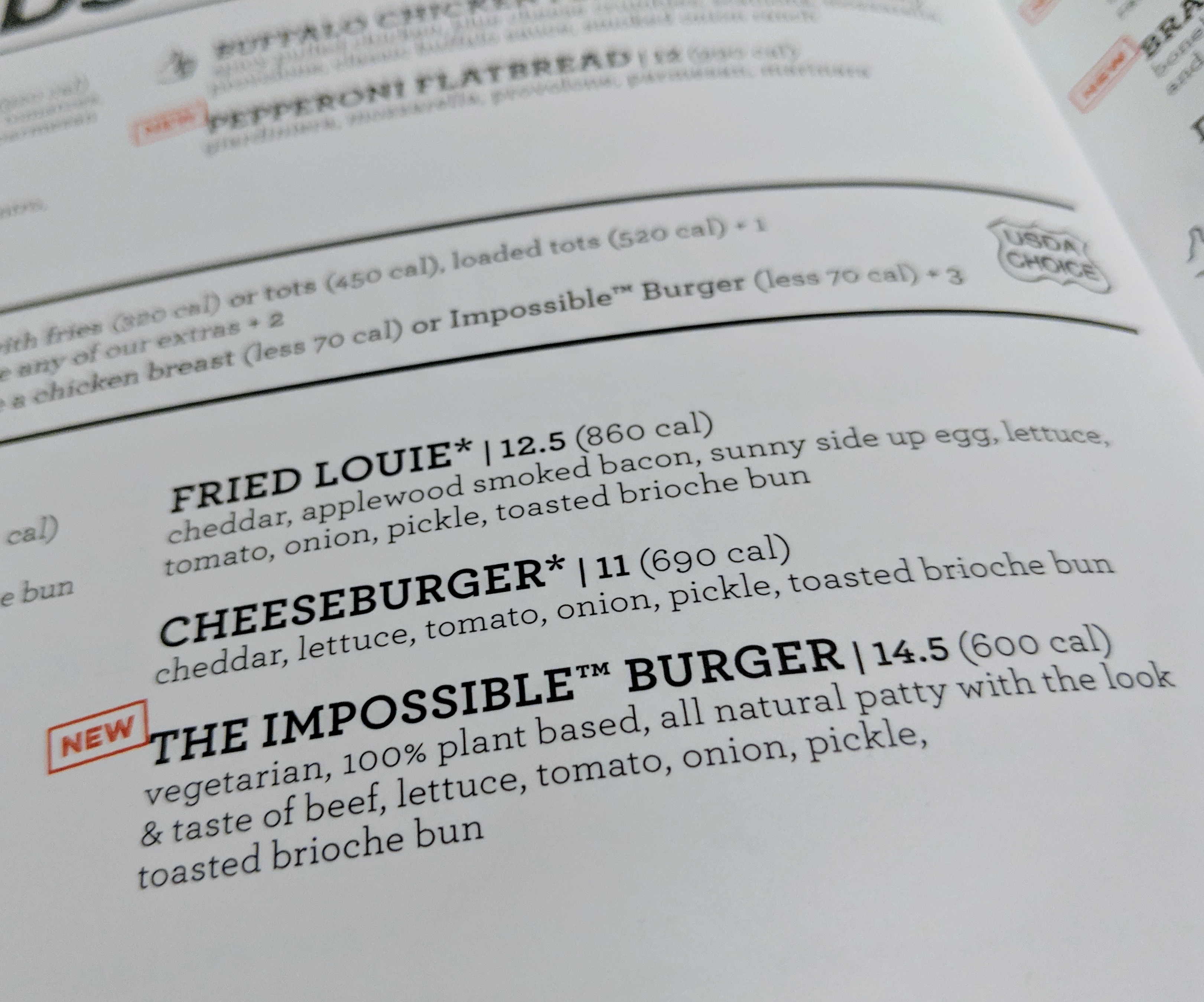 This is how that went.

Next couple of bites: Well, I mean, kinda. It’s definitely not un-beefy.

Last few bites: K, this is a little uncanny valley. 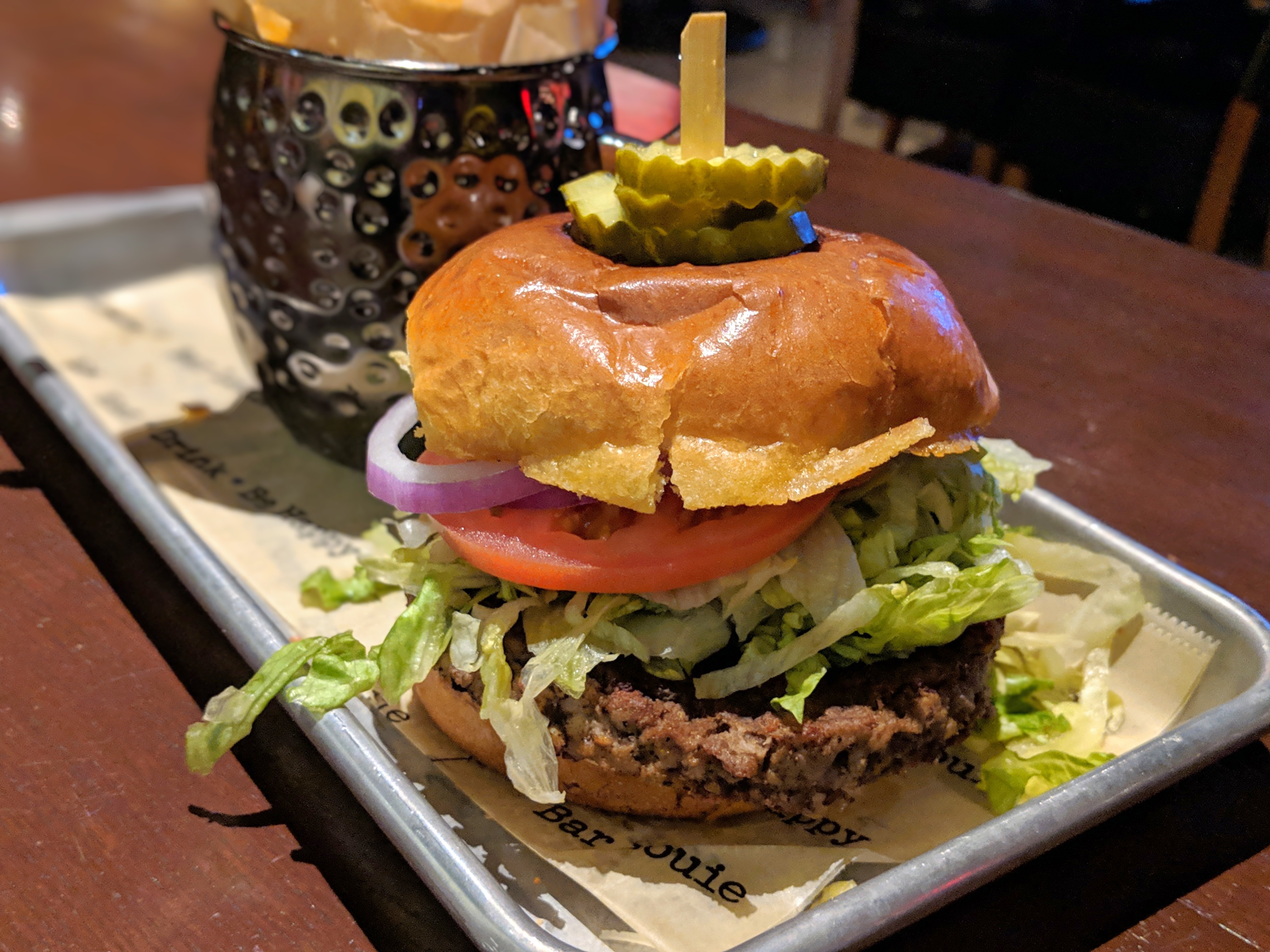 I don’t know that I prefer an Impossible Burger to, say, an original recipe Gardenburger, which harbored no delusions about its non-beefiness and was all, “Hey y’all, we’re just gonna go ahead and put rice in this thang.” Boca Burgers are fantastic these days, too, but still texturally striated in a way that lets you know you’re eating a soy product.

I don’t know that I even prefer the Impossible Burger (except, you know, ecologically speaking) to a beef patty. But as a beef facsimile, it’s a definite feat of food science.