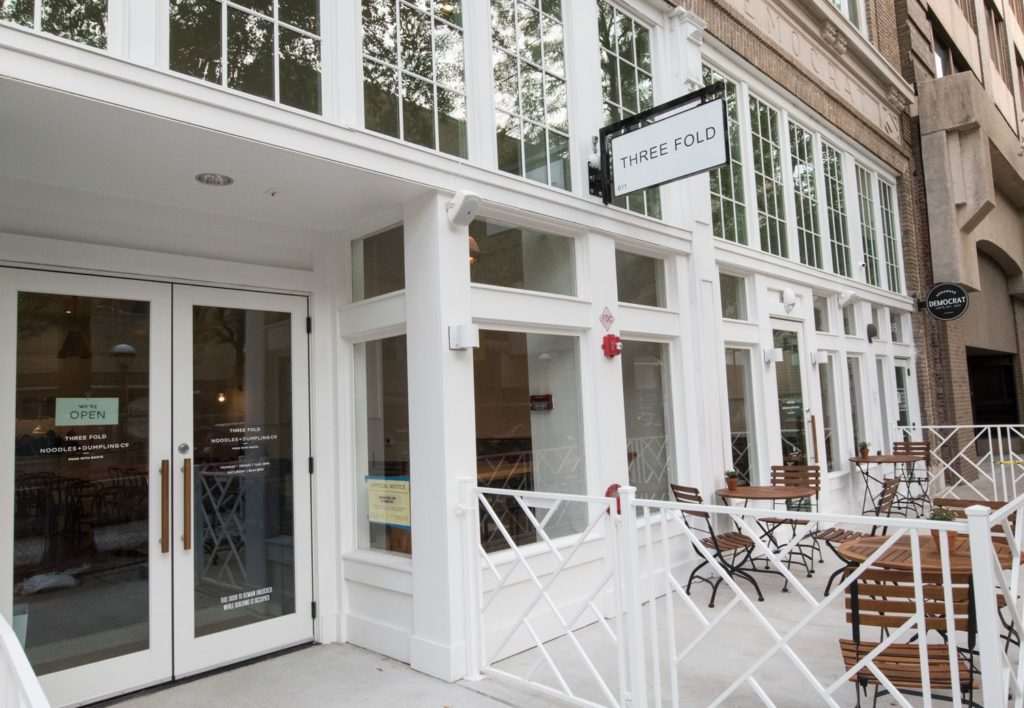 FRIED CHICKEN ON THE WAY: Three Fold Noodles and Dumpling Co. will be opening a pop-up fried chicken restaurant in its former location on Center St. Owner Lisa Zhang said she hopes Haybird will open by the end of May.

Three Fold Noodles and Dumpling Co. is opening a “pop-up” fried chicken restaurant in its former location at 215 Center St. Hanaroo Sushi Bar, which occupied the space after Three Fold relocated, was to close April 20. Haybird will highlight a lighter style of fried chicken than most southerners are used to, serving boneless breasts and legs atop very thinly-cut fries — hence the “hay” in the name. Owner Lisa Zhang said she hopes to open the pop-up by the end of May.

Zhang also announced a larger undertaking in the works. Three Fold is working on a new location in Riverdale that will showcase traditional Chinese ways of preserving food, including preserved meats and pickled vegetables, to “make a place to show the young generation how the human being has [had] the wisdom to survive,” Zhang said. It also hopes to brew its own sake, using a Chinese method that’s quicker than the traditional Japanese brewing of rice wine.

“When we established Three Fold, we gave ourselves a mission: to make Three Fold as a window of the eastern culinary culture,” Zhang said. “In the past three years … we did cultivate enjoyment of Asian food as it should be. Down the road, that’s why we tried to make a more aggressive effort on this [new project.]”

The 8,000 square foot space will require demolition and rebuilding to suit the restaurant’s needs, so Zhang said she expects it won’t be ready for at least 2-3 years.

In the meantime, Haybird will act in part to generate funds needed for the larger project. Haybird’s initial lease will last for one year, and if it’s successful, Zhang said she’ll consider keeping it open permanently.

“Inside of me, I really think Little Rock should have more of a variety of chicken cooking, for this chicken state,” Zhang said. “If we can bring some chicken food that can be like an Arkansas product for the traveler, [then] they can find a different way to enjoy the chicken.”

Haybird’s menu, while not finalized, will include options for fried boneless chicken breasts or legs, fried vegetarian chicken made from wheat protein, or tofu and mushrooms served over house-cut “hay” fries. Diners will also be able to have their choice of protein served over a salad of traditional Chinese vegetables, such as Napa cabbage and wood ear mushrooms. Fried chicken sandwiches may also be available as well as fried mini pastries.