Apparently Christmas is still happening, and if you’ve let this much of December go by without making a gift-giving plan, we’ve got a few suggestions, most made in Arkansas and all made to delight the recipient. Get cracking, though; if you’re sending these gifts through the mail instead of dropping them off locally, the clock’s ticking. 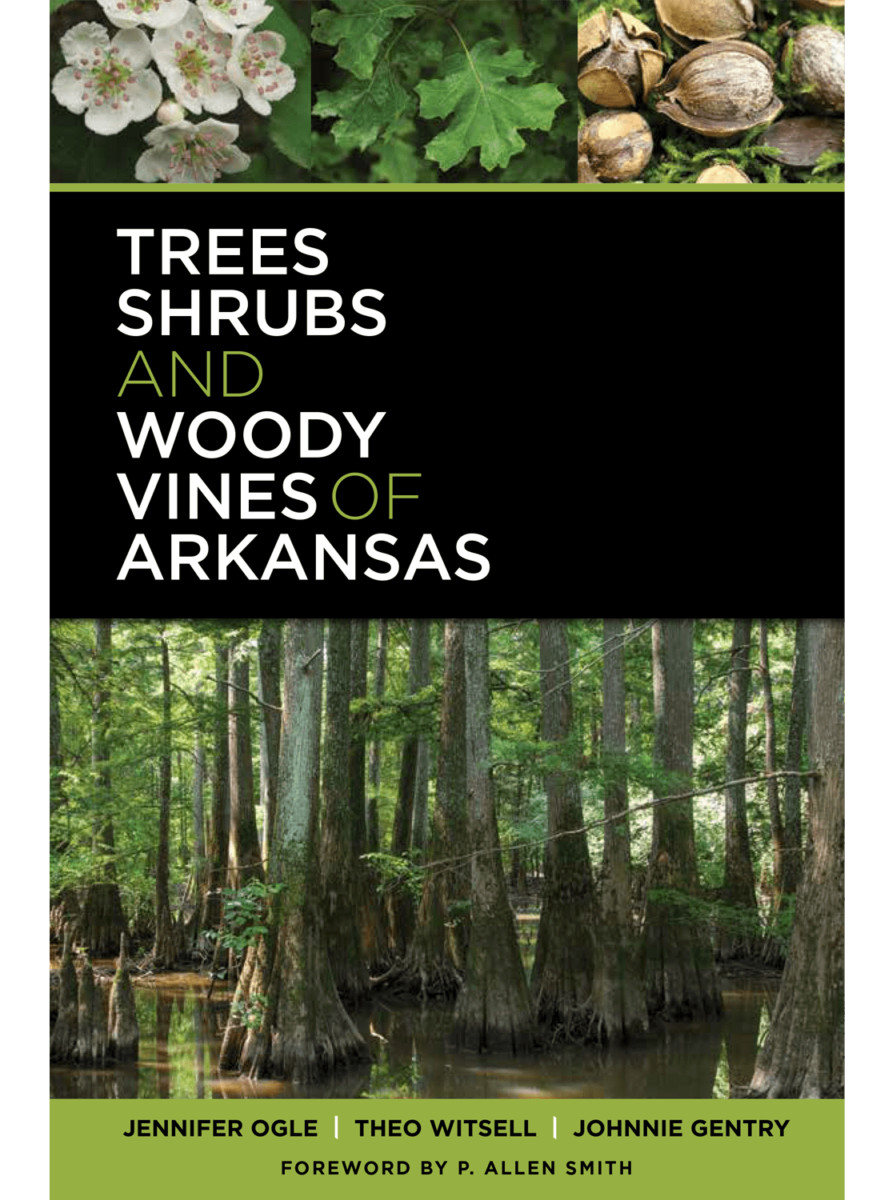 I’m fairly confident that I will win Christmas with my tree-obsessed son with a gift of “Trees, Shrubs, and Woody Vines of Arkansas,” a new 536-page field guide from the Ozark Society (and distributed by the University of Arkansas Press). It’s by several of the preeminent plant experts in the state: Johnnie Gentry, former director and curator of the UA Herbarium and emeritus professor of biology at UA; Jennifer Ogle, collections manager at the UA Herbarium; and Theo Witsell, ecologist and chief of research for the Arkansas Natural Heritage Commission and curator of the commission’s herbarium. Our family has gotten plenty of use out of the latest version Dwight Moore’s slender “Trees of Arkansas,” updated with photos and an improved identification key by Eric Sundell in 2014, and David Sibley’s beautiful (as always) “Sibley Guide to Trees.” The Ozark Society field guide was released today (Dec. 15), so I haven’t gotten to thumb through it, but judging by the preview pages on the UA Press website, this will become our essential volume. It includes more than 1,500 color photos and county-level distribution maps, and it appears to be thoughtfully arranged.

UPDATE: Problems at the printer have delayed publication of this book until early January. LM 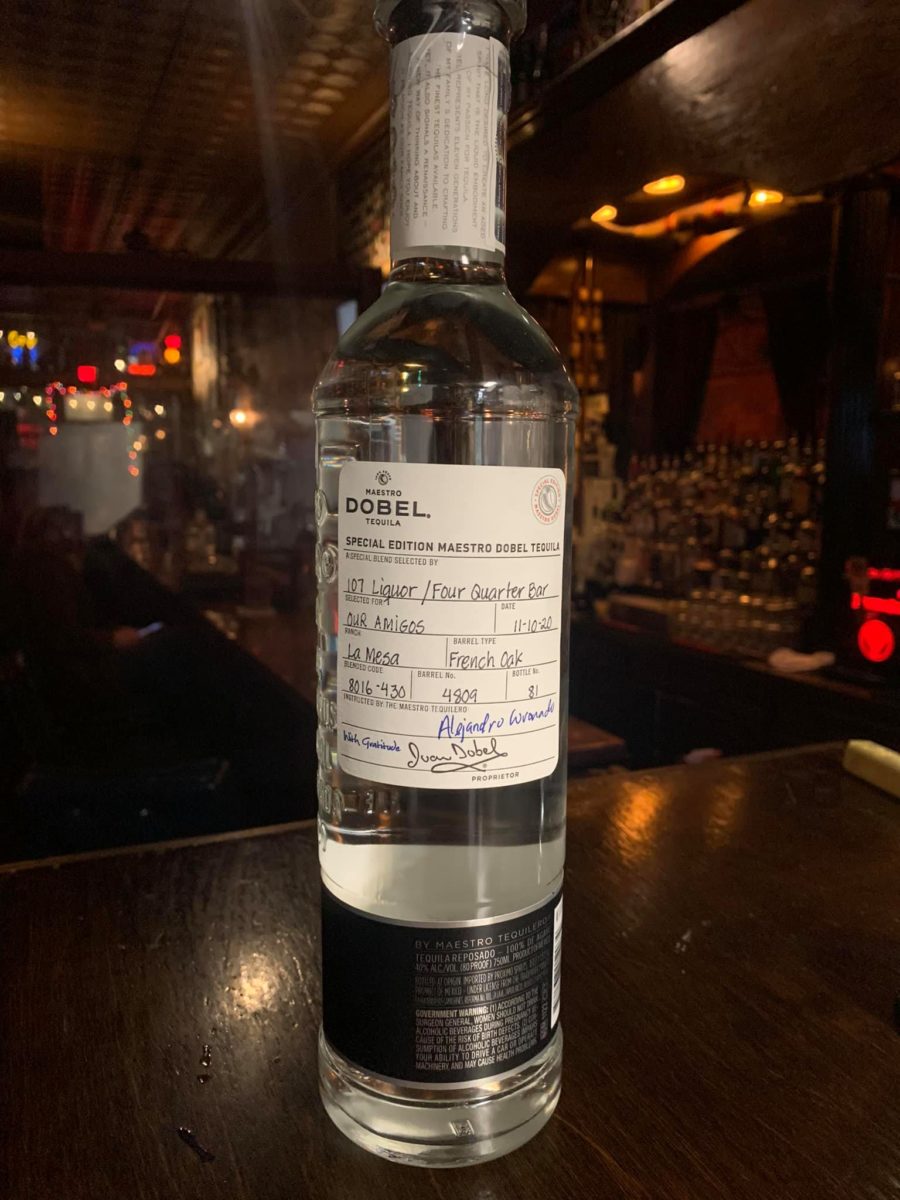 Being a fan of both smoky tequilas and North Little Rock’s Four Quarter Bar, I was thrilled to discover that 107 Liquor was donating proceeds from sales of a gloriously crystal-clear “Diamond Reposado” tequila from Maestro Dobel to the employees at Four Quarter who have lost hours and income due to the pandemic, and due to state curfew restrictions that limit the bar’s hours. A bottle of the Maestro Dobel Diamante, barreled in French Oak but double-filtered to remove any trace of the barrel color, will set you back $34.99. I have yet to taste it, but I’ll take it from 107 Liquor owner John Crow that it aims to please; Crow said that in separate blind taste tests, both he and Four Quarter Bar owner Conan Robinson picked this one as their favorite from an eight-sample tasting kit. SS 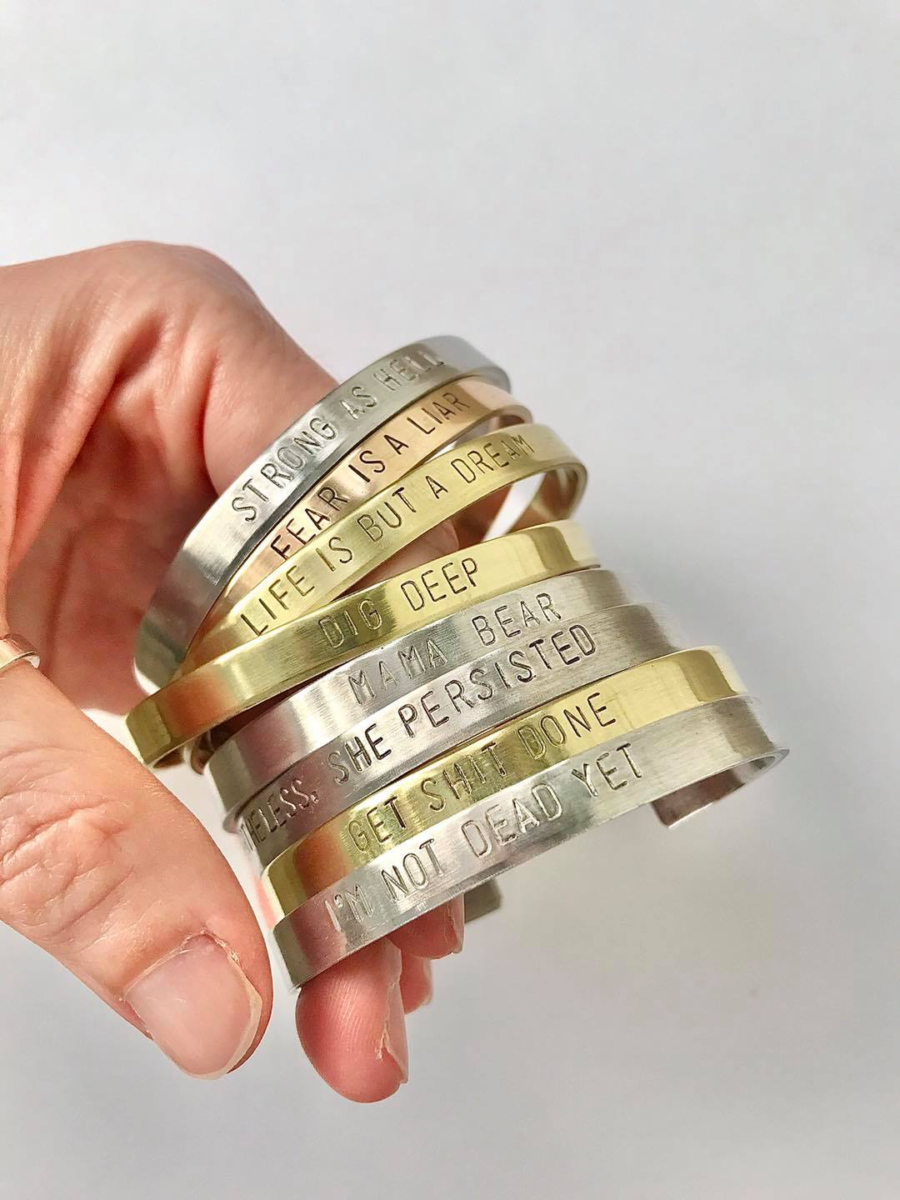 Bang-Up Betty’s humorously snarky, feminist handmade stamped jewelry has made an impression on the local scene here in Central Arkansas and beyond for the past seven years. Her indelible creations have captured the zeitgeist of the past near decade in the forms of earrings, necklaces, enamel pins and bracelets. And she stamps customs, so you can say something thoughtful to a loved one on a piece of jewelry, or maybe include a clever inside joke. If you can’t come up with something, Stacey Bowers [Bang-Up Betty] has you covered. If you want a custom, get your orders in now. RB 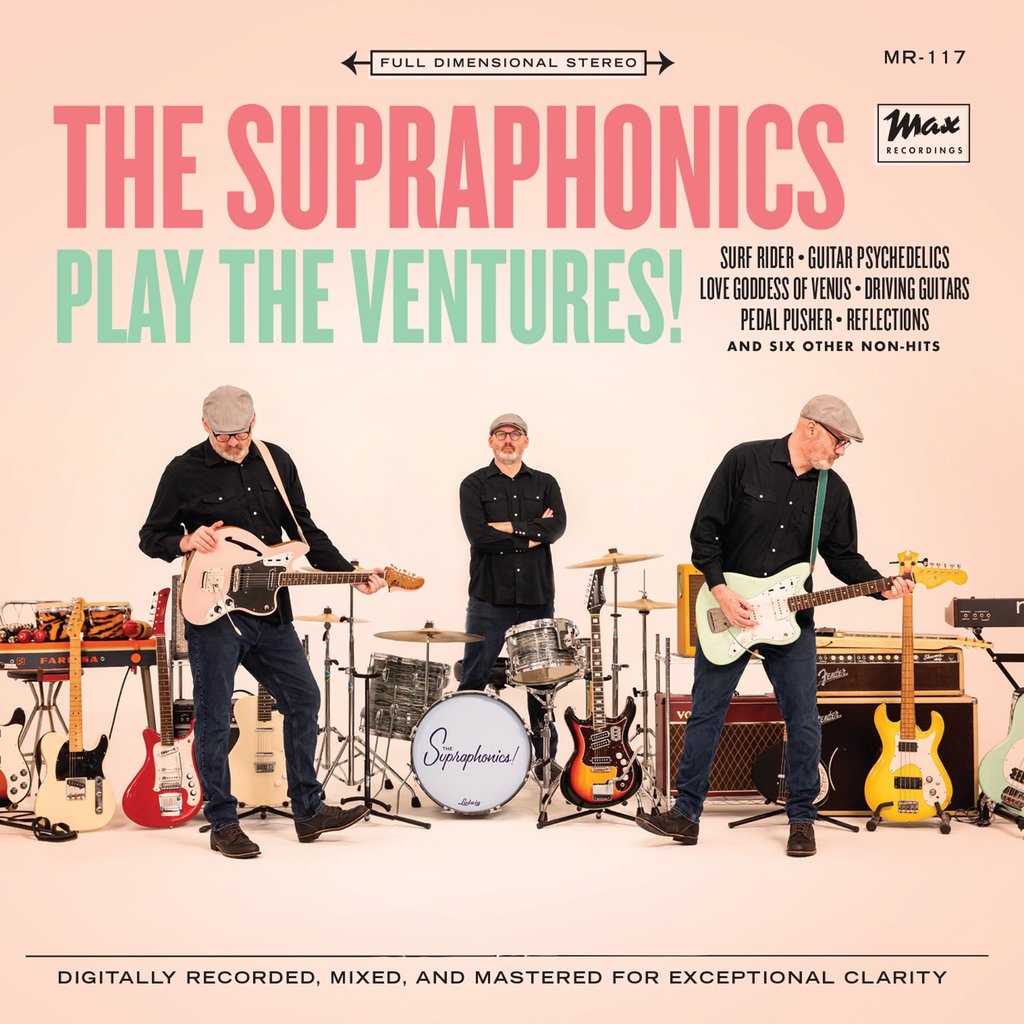 “The Supraphonics Play The Ventures!”

The first time we heard from the Supraphonics, it was with the timely-again “Christmas With The Supraphonics!” in 2017. This time around, the band’s surf sound is aimed toward a more traditionally surf-y spot: the music of the quintessential 1960s instrumental surf band, The Ventures, a band best-known for its cover songs of popular hits. The Supraphonics keep far away well-trod surf tropes by concentrating on The Ventures’ lesser-known original songs, and it resurrects these reverbed rarities as flawlessly as it does on Issac Alexander’s spot-on cover art. The band — “Pulaski County’s #1 surf combo” — is really no band at all, but Little Rock’s Geoff Curran, who is known around the city as Mulehead’s drummer, but is so much more. Curran not only plays every twangy note, but recorded and mixed himself doing it at his own Tusk of Jaguar studios. “The Supraphonics selected 12 of their favorites and tried not to ruin them. We hope you agree that in most cases they didn’t,” read the humorously self-effacing liner notes. But make no mistake, Curran’s is an achievement of epic proportions, musically, sonically, aesthetically, and historically. So run, don’t walk, to the Max Recordings website and pick up “The Supraphonics Play The Ventures!” And, if you must wait ’til the New Year, grab the vinyl in pink, available in January 2021. SK 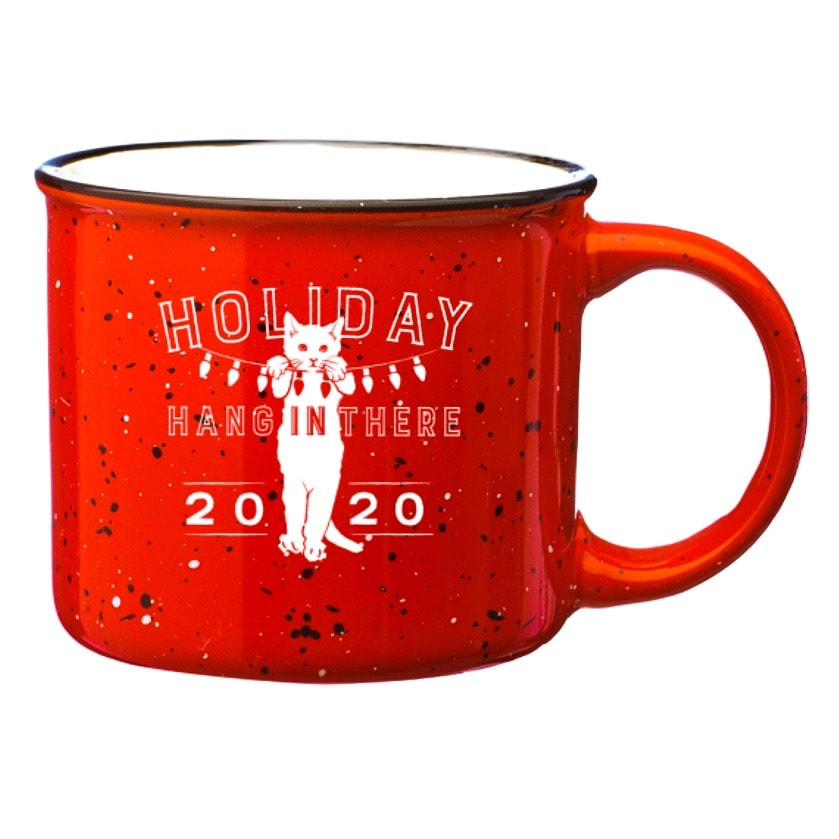 If you’re an Arkansan who’s decided to finally build that DIY fire pit this year — and there are many of us, judging by the scant availability of galvanized steel fire rings in Central Arkansas hardware stores this fall — here’s your $15 fire ring accessory. This campfire mug comes from Little Rock’s Last Chance Records in commemoration of the 10th anniversary of Holiday Hangout, a multi-night festival held every December at the legendary White Water Tavern. Speckled red and begging to be filled with hot chocolate or mulled wine, the “Holiday Hang In There” kitten logo was designed by multi-instrumentalist and overall badass Isaac Alexander, and proceeds from mug sales benefit the White Water, which has been closed since March. (And if you missed the festival, which went virtual this year, head over to the Arkansas Times YouTube page, where three evenings of Holiday Hangout sessions are still up for wintertime viewing.) SS 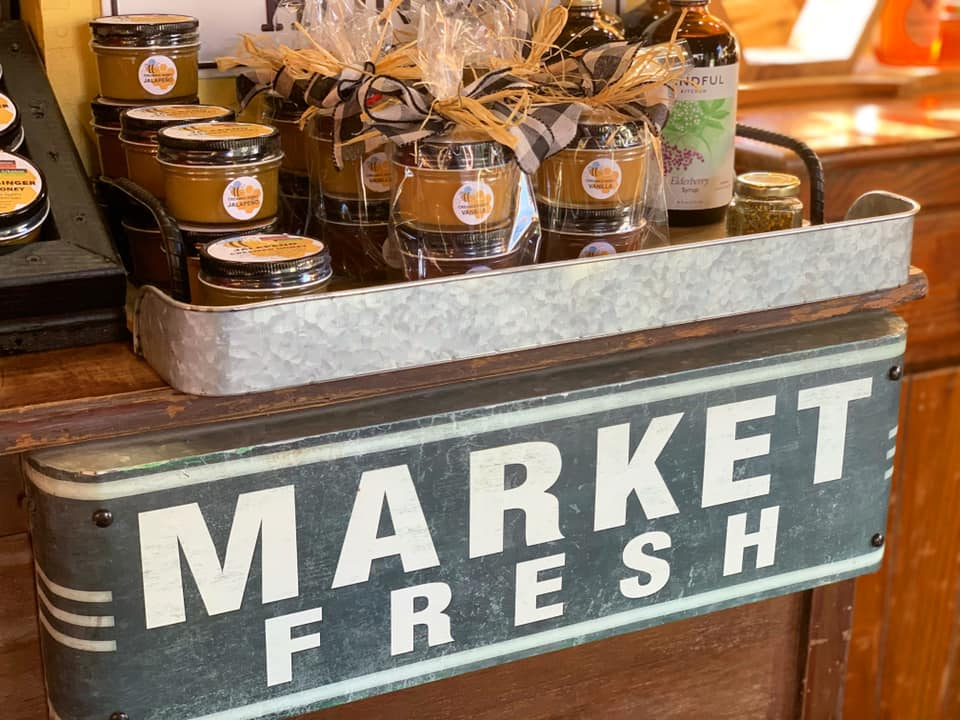 If you can’t think of one perfect gift, get a handful. Me and McGee Market in North Little Rock has a wide variety of locally made gift items that will be sure to get some use: jams and preserves, Arkansas roasted coffee, creamed honey, uncured bacon jam, pecans, cajun peanuts, chocolate, bread, toffee, cinnamon rolls. And there’s something about shopping in the crisp open air at Christmas time. There are only six shopping days left in the year at Me & McGee, so catch them this week: 10 a.m.-5 p.m. Thu-Fri.; 10 a.m.-4 p.m. Sat.; 11 a.m.-4 p.m. Sun.; 10 a.m.-5 p.m. Tue.-Wed. RB