After three years as The Weekend Theater’s artistic director, Duane Jackson is resigning from the position at the volunteer-run, social justice-minded theater company at the corner of Seventh and Chester streets in downtown Little Rock.

Jackson is a Central Arkansas native, a UA Little Rock alumnus and an actor who, since he returned to Arkansas after postgraduate work at Southwest Missouri State University, has performed on pretty much every stage in town — Murry’s Dinner Playhouse, the Studio Theatre, the Arkansas Arts Center Children’s Theatre, the Community Theatre of Little Rock, Argenta Community Theater and others.

“Weekend will always be my first theater home, and I cherish the time I’ve spent there. I’ve seen the theater grow, weather storms, and have seen artists create some beautiful productions in that small blackbox space,” Jackson said. “In a time spanning close to 25 years, 80 onstage performances, 15 shows directed, multiple hours spent in rehearsals and performances, and after three years as artistic director, it’s time for me to slow down and step aside so that the theatre can continue to grow.” 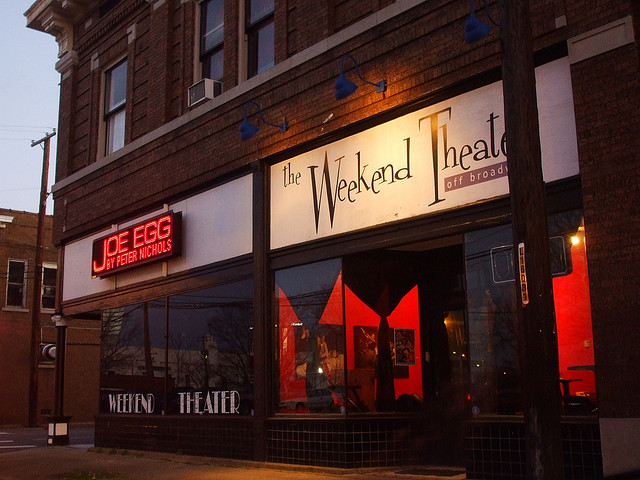 Kim Labbate, president of the theater’s board of directors, said the search for a new director will begin immediately. The black box community playhouse, which programs works under its mission of “personally, interpersonally and educationally reducing prejudice, cruelty, and indifference through live theater,” has been so fortunate to have Duane as our artistic director for the past three years,” Labbate said. “His appreciation of our mission to produce plays with a social message and his in-depth knowledge of the details required to produce good theater is unsurpassed. We are sorry to see him go but fully anticipate seeing him around the theater in the future.”

“The Weekend Theater opened up a whole new world for me and introduced me to an extensive network of other theater artists,” Jackson said, “whom I still love working with today, and plan to continue working with, as this is just another step in the journey.”