After a rapid ascent to fame and a whirlwind stint in L.A., Kari Faux is back in Little Rock, and I spoke with her recently about her new album. The title track is a slow groove that begins with a siren loop and moves into a dreamy snapshot of Faux as a pioneer in Southern California, simultaneously enchanted and disoriented: “Mountains stacked for miles and miles/Living life in the domesticated wild/Before I got here, I was a child/Now I’m here, tryin’ to figure it out.” I asked Faux, whose real name is Kari Johnson, about that sense of displacement.

“You know how you work on something for so long that you don’t even take a step back to realize what you’ve created? That’s kind of how I am. I’m always really critical of myself, and I’m always thinking about what I’m doing, and how can I do more, and then I take a step back and I’m like, ‘Shit, how did I get here?’ “

It shouldn’t come as a shock to any Kari Faux fans that she found little time for reflection after the success of her debut EP. Her choice to make tracks in L.A. was, in part, thrust upon her by a surprise endorsement from actor and musician Childish Gambino (Donald Glover), who liked her song “No Small Talk” so much he wrote an additional verse. Conceived as a birthday gift for Faux’s friend Shanice, who inspired the track’s punchline, the video for “No Small Talk” is a comedic throwback, one Faux describes as a “DIY” piece. It includes a particularly sarcastic segment in which the word “EXOTIC” is superimposed over a freeze frame of one of Faux’s Asian-American friends. The word flashes up in an 8-bit font, one you’d likely recognize from its heyday, when it was used to display words like “Donkey Kong” and “Space Invaders.” It’s fun, but it’s also a dig at the way women are sexualized based on their ethnicity.

“Lost en Los Angeles” is produced by Faux’s longtime collaborator and fellow Little Rock native Malik Flint (a.k.a. BLACK PARTY, of Flint Eastwood, Weekend Warriors), and if “No Small Talk” represented the dawning of Flint’s sensibility for a 1970s/1980s aesthetic, then Faux’s new track “Supplier” is its stylistic offspring. A synthesizer-driven dance groove, the video is filmed in disco-era soft focus. Were it not for Faux’s modern flow and a passing reference to a text message, one might think the whole ordeal was a steamy champagne advertisement, perhaps filmed on Donna Summer’s yacht circa 1978. The album version of “Supplier” that appears on “Lost en Los Angeles” has a gorgeous outro that was missing from the previously released video, an ethereal fade-out with strings and breathy background vocals.

The same lush instrumentation is present throughout the album, often as a platform for Faux’s spoken-word interludes, like “Don’t,” a warning and admonishment to a future partner about the perils of becoming too complacent in a relationship. I told Faux they remind me fondly of the interludes from Outkast’s “The Love Below.” She said I must be pulling her leg, that I “must have read somewhere” about the album being her favorite. 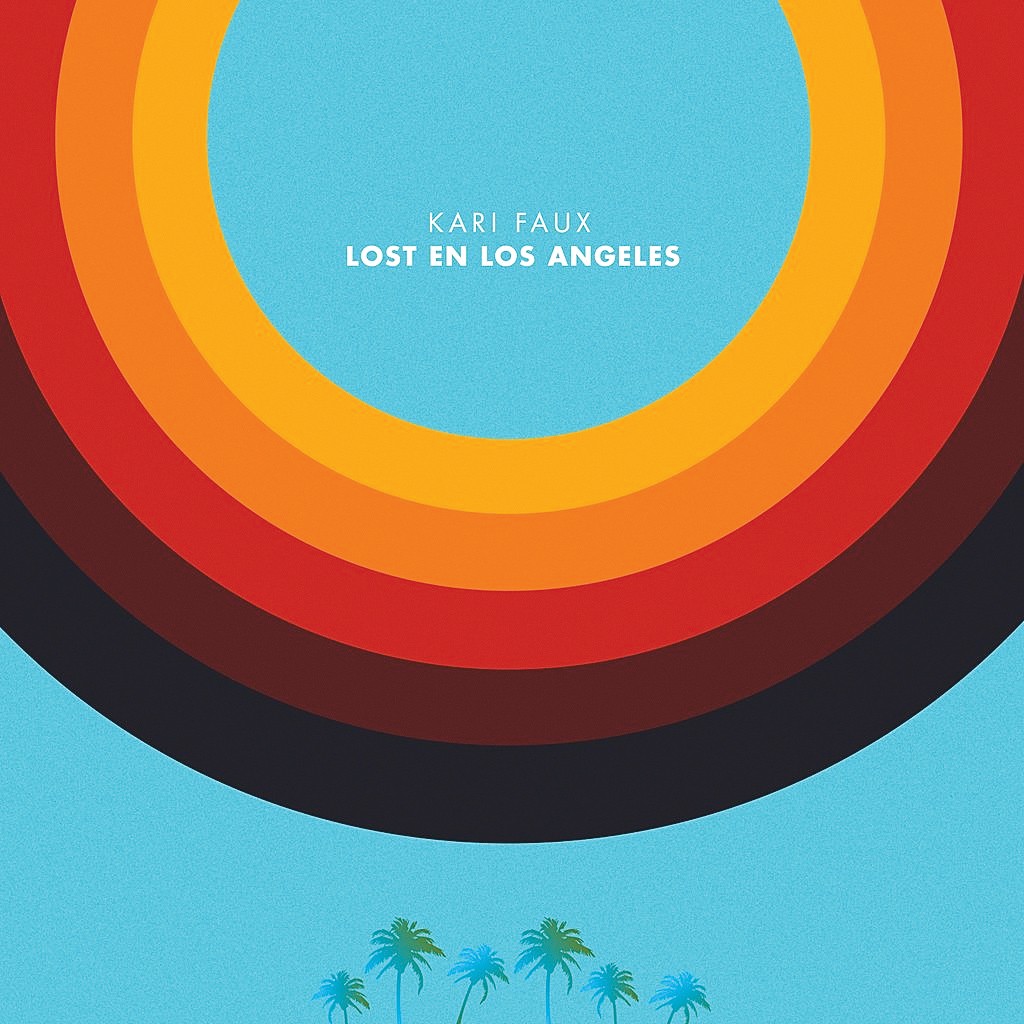 Another track, “Fantasy,” employs a plunking upright bass, a tinkly piano arpeggio, and a clipped saxophone riff that sounds like it’s being played in reverse. Faux’s cadence in “Fantasy” has the measured rhythm of a jump-rope rhyme, as if it could accompany a hand-clapping game on a school playground. Lyrically, though, it’s decidedly adult: “I won’t caress your ego/I’ll only snuff your pride/I’ll probably leave you empty/If our bodies do collide.” The song’s hook comes across as staunchly feminist: “I’m no man’s fantasy,” despite a caveat thereafter (“I haven’t got the chance to be.”) Like most labels, “feminist” is one with which Faux admits to having a complicated relationship.

Faux talks often about her longtime collaboration with Little Rock’s Flint, but I asked about another Malik: the recently deceased Malik Taylor (a.k.a. Phife Dawg) of A Tribe Called Quest, which Faux referenced lovingly on her first EP.

“Honestly, it made me realize how separated the hip-hop [communities] from now and the hip-hop then are. I wish everybody could come together, old and new, and teach other. You know what I mean? There are so many people that are like, ‘Oh, you don’t know anything about him.’ Even if that person doesn’t know anything about A Tribe Called Quest, or any of the music from that era, then teach them. The same goes for old people. Teach them what’s cool, what’s hip. That’s how hip-hop stays alive. That’s how we move the culture forward.”