The resurgent popularity of vinyl records over the past 10 years shouldn’t surprise anyone. Audiophiles vouch for what they call a “warmer” sound, and people are nostalgic for 12-by-12-inch artwork. Cassettes don’t usually hold the same kind of nostalgia — especially for people raised on LPs — but Joey Lucas fell in love with cassette tapes at an early age.

“I remember my mother taking me to get my first tape. I didn’t have a record player, but I had a tape player and there were just so many more tapes than records at the time,” Lucas said. Now, he’s carved out a niche for himself in the small-but-mighty cassette industry, where the demand for physical media means that cassette manufacturers, like Nashville’s National Audio Co., actually operate with a backlog.

Lucas lives in Little Rock and operates a T-shirt store in Sheridan called Royal Blue T-shirts. Growing up here in the early ’90’s, Lucas was introduced to punk music. “My first tape that I bought on my own was at Been-Around [Records] and it was Misfits’ ‘Walk Among Us’ on cassette, and it kinda blew my mind.” Hearing it, Lucas said, was game-changing. “I had no idea who they were, I just saw a girl at school wearing the T-shirt and thought ‘She’s cool, she looks fun, I’ll buy that tape.’ ”

Like a lot of blossoming punk fans, Lucas found his flock in junior high school, going to shows at Vino’s. “There were a lot of little cliques, and I was part of a straight-edge vegan group of friends in hardcore straight-edge bands, and hip-hop, of course, was getting really big at the time. I remember when the first Wu-Tang album came out, ‘Enter the 36 Chambers,’ and I remember that being in my tape player constantly for a couple summers in a row.”

Years went by. And then, his business, Sleepcvlt, was born.

A friend introduced Lucas to “witch house” — Lucas likens the genre to “goth trap music” — and Lucas wandered around online in search of more. Often, the music he heard online wasn’t available as physical media, he said. “So I started making it myself.”

“I started out with the SoundCloud scene just because out of all the scenes that I was into, all the subcultures I was into, this is the only scene that didn’t have physical recordings of their music. It was all digital. I would ask these artists and they’d say that they’d never even thought about doing it. … I saw an opening and I saw how cheap it was to make cassettes, so I just went for it.”

SoundCloud has for several years been the dominant place on the internet for aspiring artists to post their music and been instrumental in the rise of many of them. “SoundCloud rap” is considered a genre unto itself, despite the many variations within. So last summer, when SoundCloud laid off 40 percent of its workforce, it shook the online music community and made plenty of artists and fans nervous that the startup might go the way of Vine/the dodo.

In the wake of artists like Lil Wayne and Gucci Mane (whose own work ethic emphasizes quantity over quality), artists like Lil B have inspired a whole generation of younger rappers from around the world to embrace the disposable nature of internet rap and flood the web with countless releases. Many of those get written off as ironic and low-effort, especially to fans of classic hip-hop, but it’s led to levels of experimentation that people like Lucas appreciate as its own kind of golden age. Mid-2000s emo and hardcore began to feed into so-called internet rap, birthing a wave of subgenres: goth rap, witch house, darkwave and plenty of others. That proliferation of — and overlap among — subgenres didn’t surprise Lucas. Memphis hip-hop outfit Three 6 Mafia, after all, was labeled “horrorcore” during the first half of its career.

“So who else have you put out on the label?” I asked Lucas. He answered by producing a small briefcase, which he placed on our table at Andina Coffee & Roastery downtown, unzipping it to reveal 21 cassettes. Labels on the cassette shells bore unfamiliar names with stylized spellings like “smrtdeath,” written in Disney lettering. Another, “MarcyMane and WifiGawd” appeared in a font instantly recognizable to fans of the “Grand Theft Auto” franchise.

The names are often tongue-in-cheek or self-deprecating, referencing other artists with the “Lil” prefix or “Mane” suffix. “This one’s pretty hot,” said Lucas, pulling a cassette out. “Lil Toenail — he was just in Noisey for having one of the most ridiculous rap names,” Lucas said. “Probably the most contentious one is this guy Ghostemane. He’s like an occult rapper and also in a black metal band. Lotta weirdos follow him.” 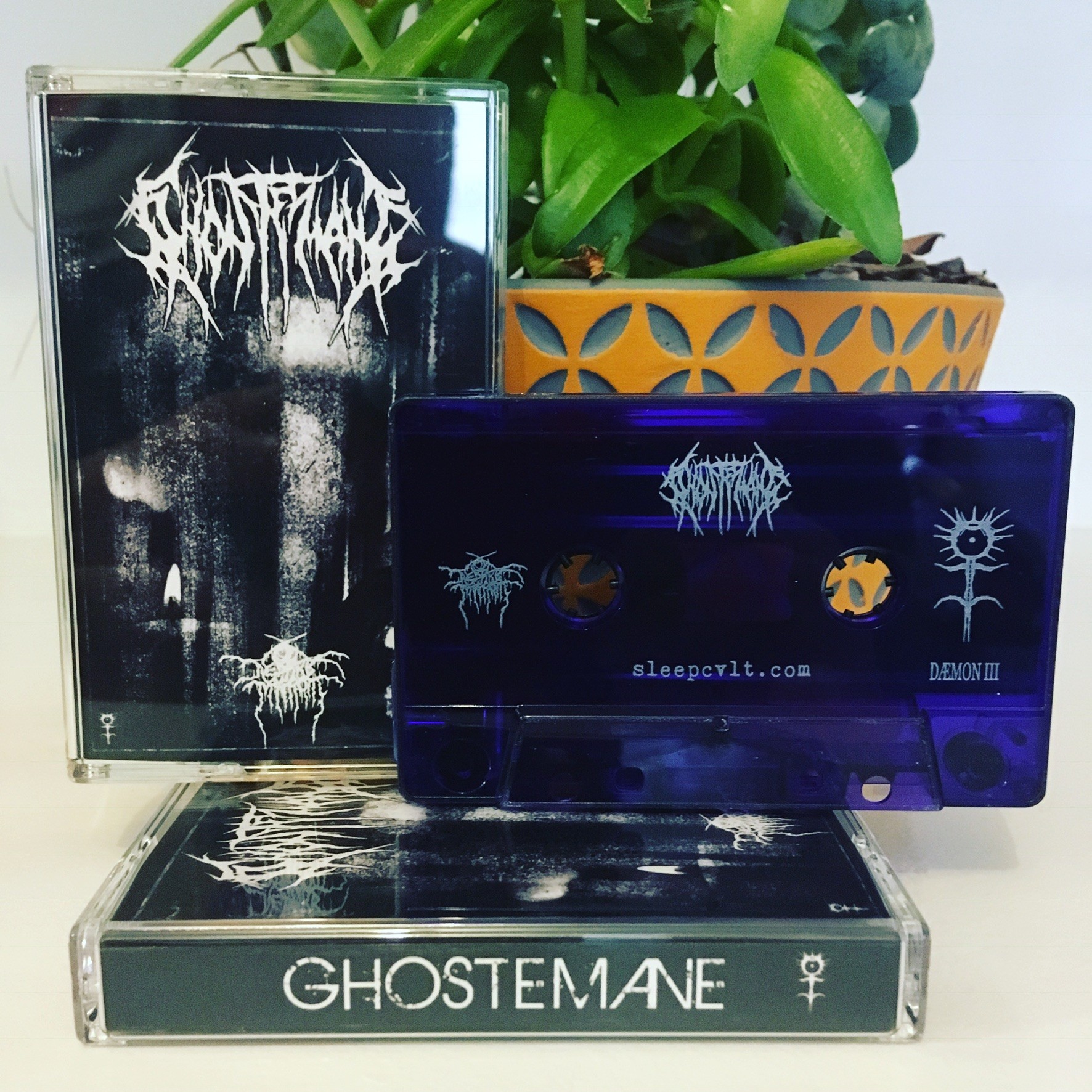 Lucas is sympathetic toward the budding wave of emo rappers, saying they’re eroding some of the classic machismo of mainstream rap. “A lot of these SoundCloud rappers live a dangerous, contentious kind of lifestyle. Some of it’s self-defeating, self-loathing stuff, [but] I’ve seen a big wave in hip-hop now where people are talking about mental health. You know, it’s a big issue now, which, even 10 years ago, if someone was rapping about how depressed they were, they would have been booed or told to ‘man up’ or whatever.”

Suits might call it bootlegging, but creatives like Lucas invariably see themselves as something else — a loose-knit federation of people who operate on the fringes, making things purely out of love for the music itself. A friend of Lucas’ who owns a T-shirt shop in Portland received a cease-and-desist letter from Joy Division’s bass player over a Joy Division T-shirt the shop had been selling. The friend ceased making the T-shirt, but framed the letter. “Sometimes it’s hard to get permission from artists,” Lucas said, “but if you’re persistent, I’ve found they usually give in … because no one else is offering to put stuff out. Most of the time they’re very flattered.”

Lucas typically gathers the artwork for the cassettes and audio files into a template and sends it off to a facility in New York called Cryptic Carousel, which usually charges $400 for a limited run of 100-300 units. Often, Lucas will offer a “tape split,” sending half the run to artists for free so they can have merch to sell at shows. The other half Lucas sends to record stores around the country: Zion’s Gate in Seattle and Shangri-La, Goner Records and VHS in Memphis. Primarily, though, he enjoys the personal experience of selling his tapes on Instagram. 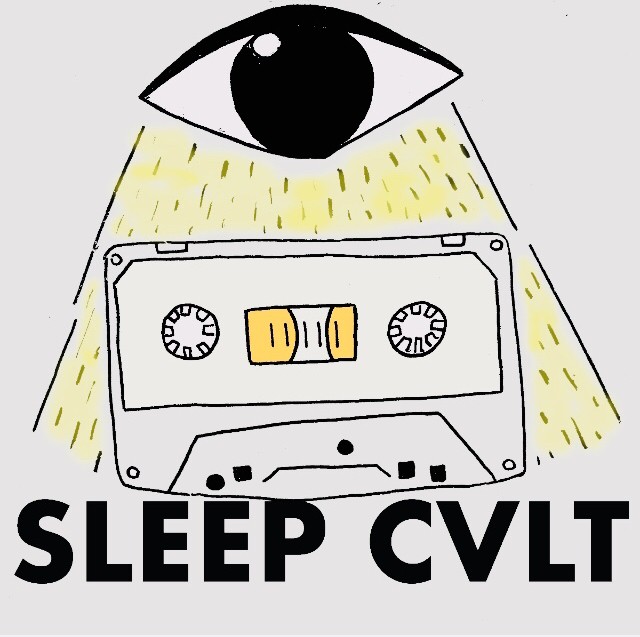 “It’s been really fun to do. I haven’t made a whole lot of money at it, but I have broken even, so I’ve been able to put a little money back in.” Lucas reinvests his profits into making stickers and T-shirts to promote the Sleepcvlt brand.

This year, Sleepcvlt has just re-released “Hell Is a Door to the Sun,” renowned metal band Rwake’s 2002 album. “The lead singer, C.T. [Chris Terry], follows me on Instagram,” Lucas said, “and he just hit me up and said, ‘I love the way all the tapes look and I like your presentation and we would love to put some tapes out.’ A lot of their albums got released, but never on a wide scale like they should have been.” 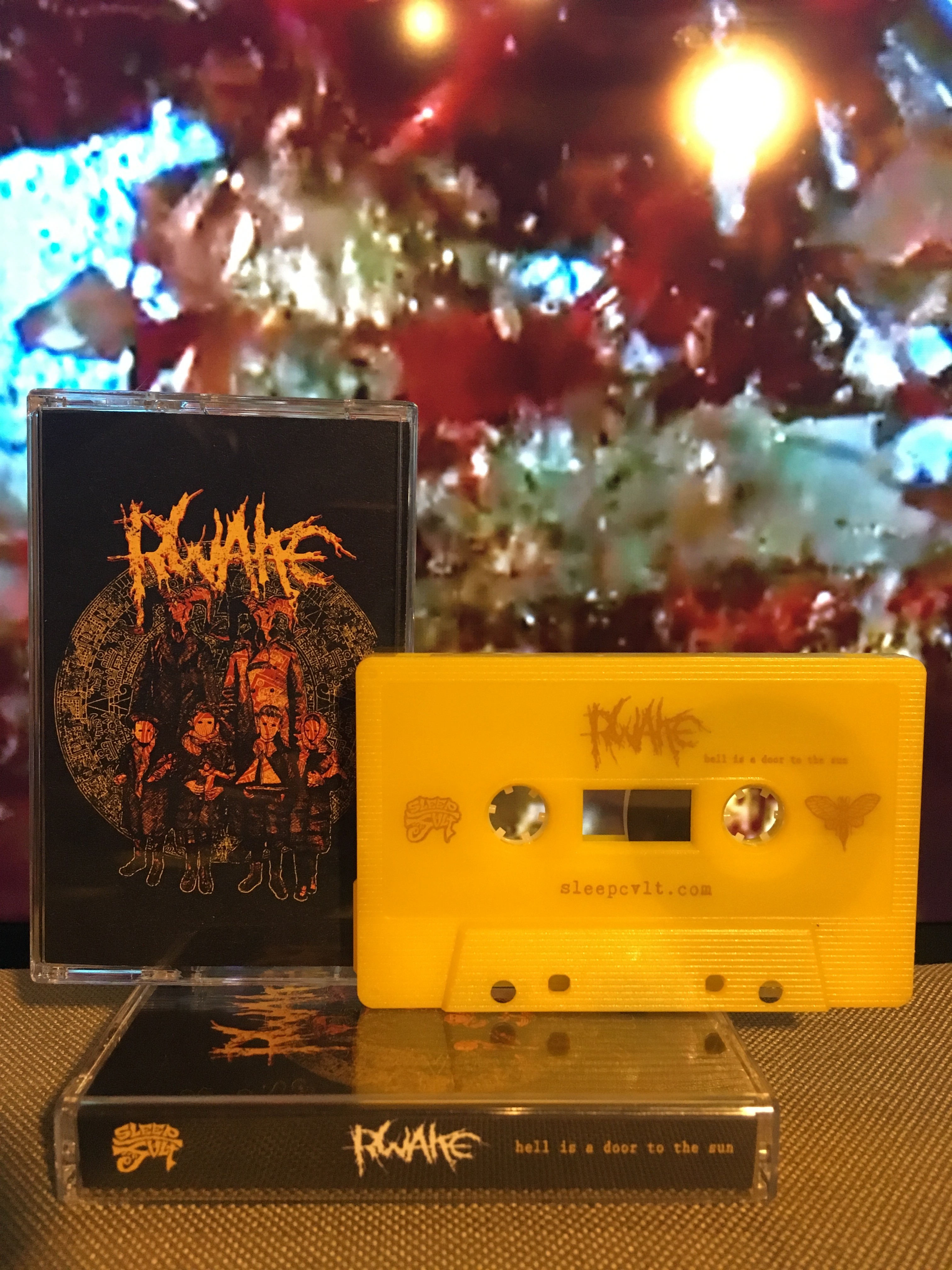 “They’ve always been a huge thing here, even throughout [Rwake’s] hiatus, everybody kinda knows about them. I’ve talked to bigger metal bands from out of state, just through going to shows and stuff, and I’ll tell them that I’m from Little Rock, Arkansas, and they’ll be like ‘Holy shit, do you know those guys from Rwake?’ you know? I think they’re pretty much an underground darling that everybody knows and loves, they’re just not that active for years at a time sometimes.”