Psssst. Hey. Yeah, you, with the fancy moustache. Looking for a good time?

How about an evening of dirt track racing at the fabled I-30 Speedway?

I know, I know. Racing’s not your bag. You go to art shows and see indie bands. You play in an adult kickball league, maybe only semi-ironically. You phonebanked for Bernie. You were deeply into the World Cup. Racetrack people are not your people. Give it a rest, Bon Iver.

I’m telling you, going to the I-30 Speedway is a damn good time. It’s the real deal.

Located just off Interstate 30 at exit 126, the Speedway is home to a quarter-mile, red dirt oval track and an assembly of bleacher seats. What started out as the Benton Speedbowl back in 1956 has survived location moves, bankruptcies and changing ownerships and was used as a shooting location for the classic 1973 Burt Reynolds film “White Lightning.”

On a recent Saturday night, our crew of nine first-timers braved the heat and headed out to the track in search of adventures and good clean family fun. Racing started at 7:30 p.m., but several of us showed up at 6 p.m. to scope the place out. The place was already half full of racing fans. Those in the know (i.e., everyone but us) were toting seat backs and cushions. If you forget yours, fret not — they are available for rental right there at the track.

Other important tips: Admission fees can be paid by cash or card, but all the concessions are cash-only. Plan accordingly, because you’re going to want beers and chow. All the beers are tallboys and reasonably priced ($2.75 for PBR, $4.50 for Budweiser). Oh, and stop the presses: The I-30 Speedway is one of the very few places around here where you can get a genuine Frito Pie ($3.50).

Provisions acquired, we settled into the shade shadow provided by the announcer’s box and made quick, sweaty friendships with our new neighbors. Summer at the track is not for those who fear the heat or eschew the chance to glisten and glow. Prepare to sweat a lot. Bandanas are an exceptionally good idea, as are headphones.

Here come the cars! Before the races officially began, spectators were treated to a series of “hot laps,” during which drivers can speed around the track and warm up their engines a bit. Cars ranging from the tiny to the muscle competed in different categories that night, zooming around the track at breakneck speeds even during warmups. Our crew got into it. We picked favorites, wishing we could place official bets. One of our nearby bleacher neighbors proudly proclaimed that his son was driving that night, and so we all vowed to pull for him as a team. 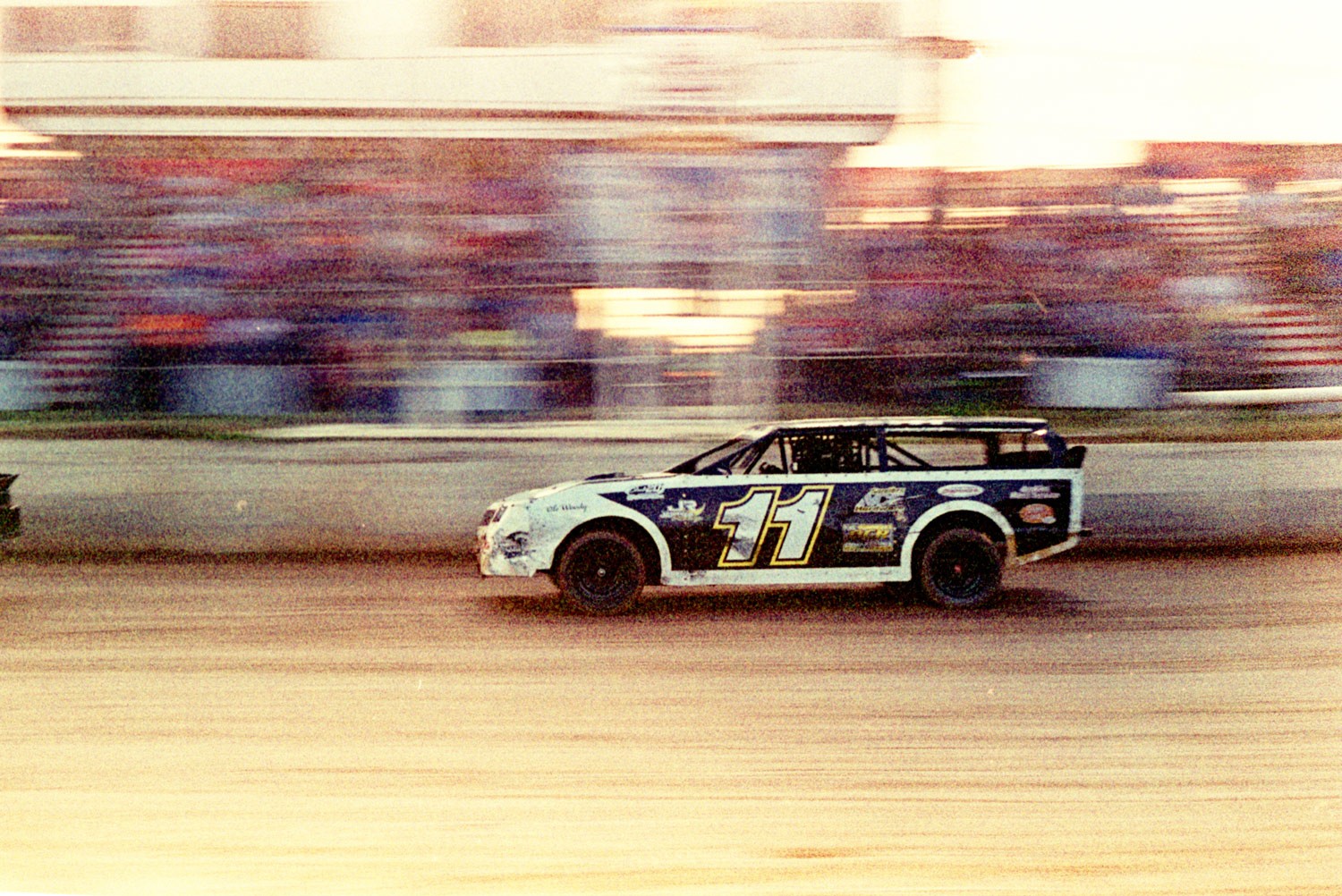 The actual qualifying heats began soon after, and the excitement got real thick, real quick. The green flag brought the crowd to life, along with thunderous noise, the smell of fuel and the sight of cars careening on two wheels around impossibly tight corners. Drive shafts fell out. Cars bumped and rubbed at high speeds. It was exhilarating.

It was also clear that much of the crowd knew more about racing than we do. Luckily, our neighbors were happy to educate us and fill us in on the drill, so it wasn’t very long before we were fully high-fiving folks and taking every single opportunity to holler a lusty “WHOOOOOOO.”

The races went late into the evening, and it was a glorious, sweaty, fun night with unpretentious Arkansans. As a friend and fellow attendee put it: “It was like a family reunion, with State Fair fare.” 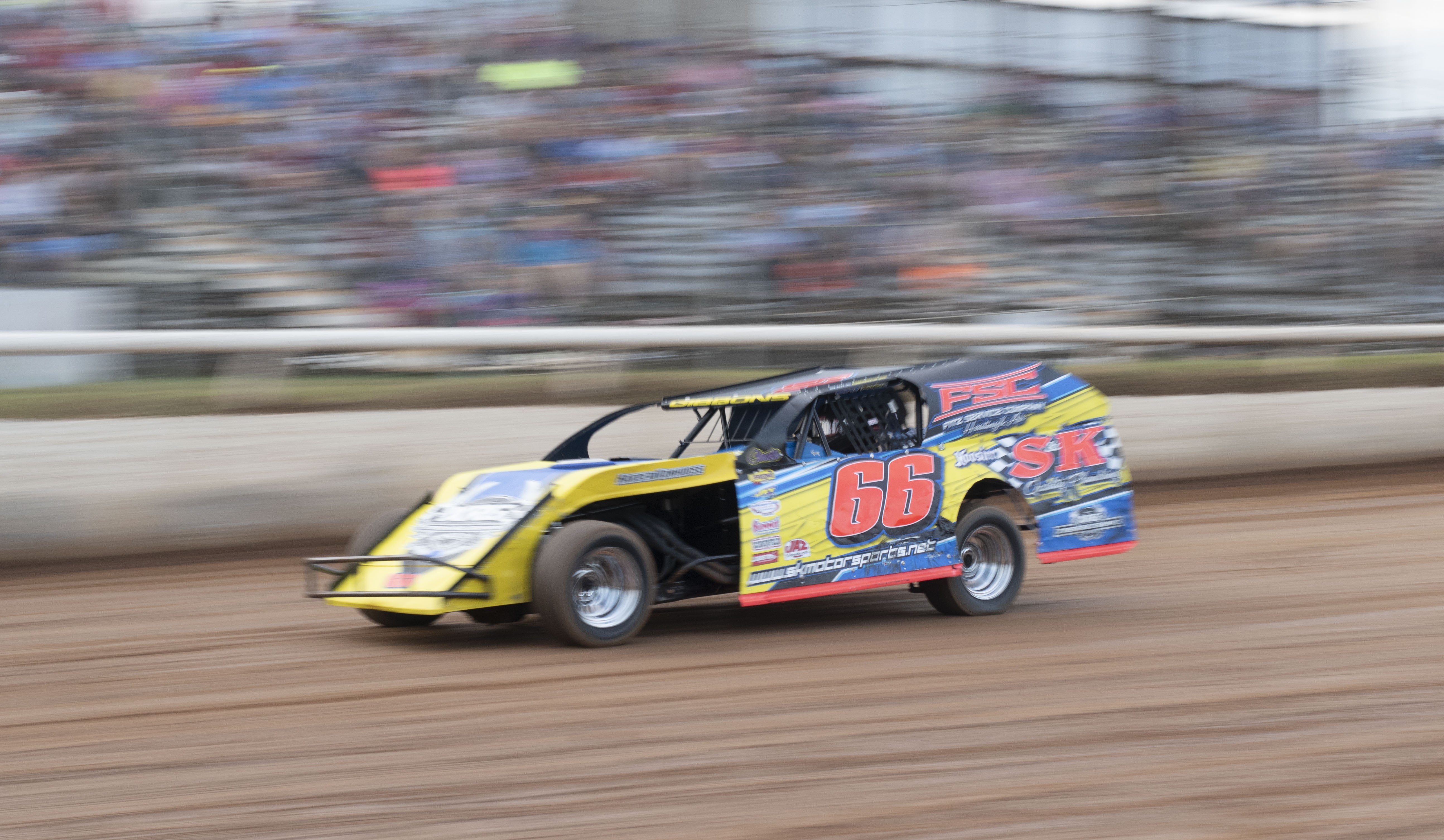 Racing season runs from March through October. We’ll definitely be back on a cooler night. So get on down to the Speedway, hotshot. We’ll see ya at the finish line.