A compilation of performances by soprano Florence Foster Jenkins issued by Sony in 1992 — “The Glory (????) of the Human Voice” — opens with “Der Hölle Rache kocht in meinem Herzen,” the beastly crowning jewel of Mozart’s 1791 masterpiece “The Magic Flute.” Those who master the so-called “Queen of the Night” aria can build entire careers out of singing the role. In the hands of a few — Diana Damrau, Sumi Jo, Lucia Popp, Natalie Dessay — it is a rapturous, coloratura marriage of melody and athleticism, raging to a near-inhuman F6 and demanding freakish vocal facility. In the hands of Jenkins, it is, well, perhaps what a cat might sound like, were it to tumble slowly down a flight of several hundred stairs.


Should listening to it rouse feelings of pity or vicarious embarrassment, though, know this: Foster Jenkins was an absolute darling of the socialite scene of early 20th century New York. Her annual recitals at the Ritz-Carlton Hotel’s Grand Ballroom were among the most coveted tickets in town. Her self-designed costumes featured elaborate angel wings and expansive fans made of bird feathers. She booked a solo recital at Carnegie Hall in 1944 and sold it out weeks in advance.

This weekend, Christine Donahue — an operatic soprano who’s made her name singing Puccini, Verdi and Donizetti (and yes, Mozart’s “Queen of the Night”) with the likes of New York City Opera, Cleveland Opera, Houston Grand Opera and the Hong Kong Opera — portrays Foster Jenkins in a play called “Souvenir,” at 7:30 p.m. Friday, Aug. 17, and 2:30 p.m. Sunday, Aug. 19, at The Studio Theatre as a production of Opera in the Rock. We spoke with Donahue ahead of those performances.

You hail from the Wilkes-Barre area, the same part of Pennsylvania as Florence Foster Jenkins herself, and have been portraying her in “Souvenir” for years now. When we last spoke about this play, there was a movie soon to be released — “Florence Foster Jenkins,” starring Meryl Streep in the title role. I presume you’ve seen the movie, yes? What’s your review?

Oh, I saw it, like, seven or eight times! I thought Meryl Streep was really charming and delightful as Florence, and what I loved about the movie is that she doesn’t come off as a silly goose. She’s just a delight to be around, and you kind of don’t mind that she doesn’t sing well.

There was one thing that I wasn’t happy about in the movie, and that was one line where she says, “You know, I used to teach piano in Philly,” instead of saying “Wilkes-Barre, PA.” That kind of bothered me — that they decided nobody would know where Wilkes-Barre was, so they turned it into Philadelphia.

I will tell you this: The people who saw the movie and saw the play said that they preferred the play. I don’t know why; maybe because it focuses on the relationship between Florence and her accompanist, Cosme McMoon, which is not a huge part of the movie, really. 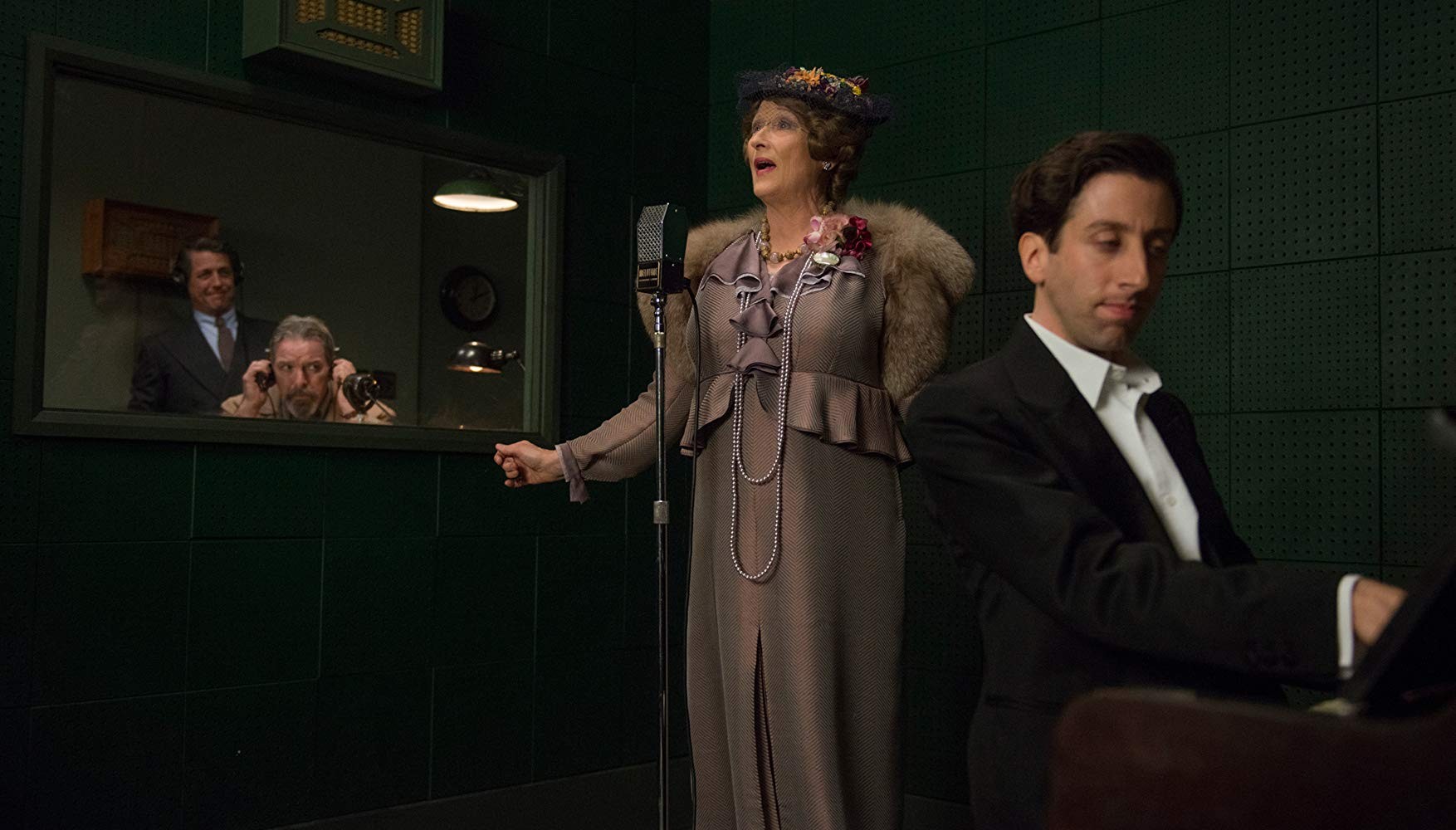 There’s a newspaper article in Wilkes-Barre’s The Times Leader from 2015, when you performed this in Pennsylvania, which interviews a room of teenagers after they’ve heard a recording of Florence. Some say they’d be honest with her if they were asked for their opinion on her singing voice. Another says, “I’d sugarcoat it.” It reminded me a little of “The Emperor’s New Clothes.” We’re forced to ask whether Florence knows she’s bad. And does she know that we know?

And do we really know?! I know! Exactly. I wonder that myself. You see the reaction in the movie, and you can see the reaction from the accompanist in the play. She literally does think that she sounds great, and there is another line in the play that says, “What matters most is the music you hear in your head.” And when you get to the end of the play, that line kind of comes back.

Is Florence Foster Jenkins an empathetic character? Are we meant to feel pity? Or empathy? Or wonder? Or some combination of both?

I don’t want to feel pity for her. And I don’t think that she is deserving of pity. I think you need to just kind of love on her. Does that sound weird? I think she’s to be enjoyed for what she is. She’s such a positive person. She sees the glass as half full, always. Cosme talks about this in the play, saying, “It was amazing for me to watch this woman who was always so positive about everything. I wanted some of that to rub off on me.” She was doing what she wanted to do, and that makes us happy. 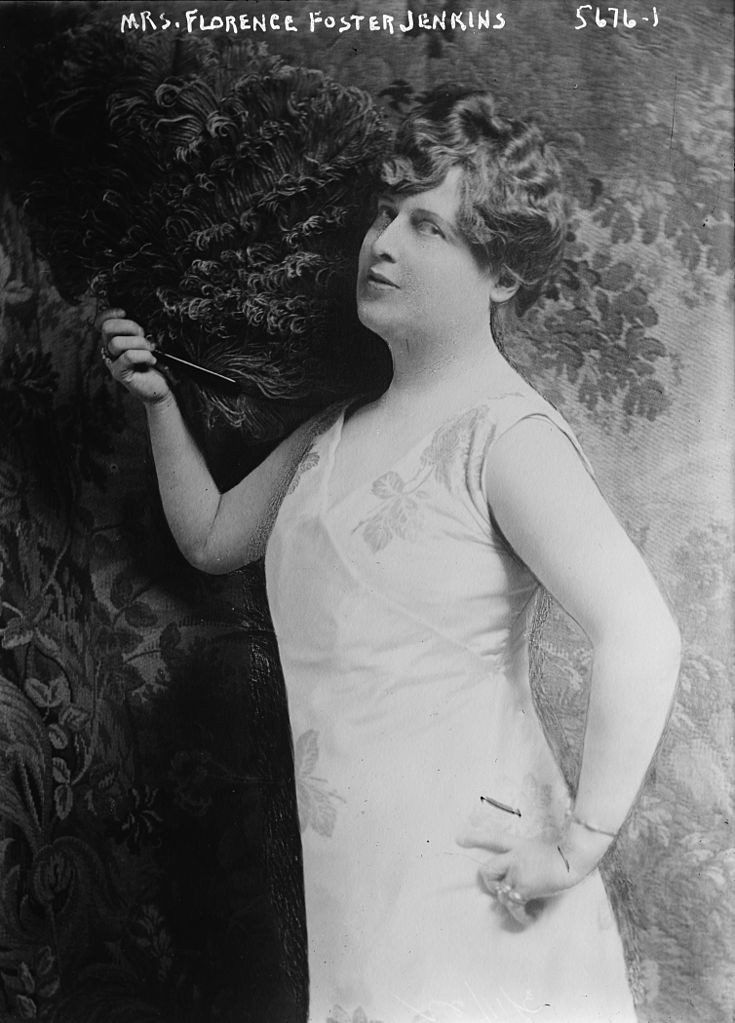 You’ve spent a long time in the opera world at a high level and, of course, have found your own voice. But before we do that, we’re all imitating singers we think are great. You can hear it in young singers, for example — or sometimes not so young — when they use vibrato, but one that’s clearly a manufactured vibrato. And in a way, it’s kind of odd that we’re meant to feel such shame about that. Is there sort of a broader lesson here about vulnerability and confidence, or am I making too much of what’s really just a comedy?

Florence makes reference to this when she says, “You may find this hard to believe, but when I was a young woman, my singing was actively discouraged.”

I love that she opens that with “You may find this hard to believe … .”

Exactly! Because she does find it hard to believe. Then there’s another point where she takes him to task, and she says, “Well, this is worse than I thought. When I was younger, I had my own doubts and I allowed other people’s opinions to stand in the way of my own musical progression. I was afraid that I was going to look foolish; can you imagine? And there were people who should have been my support, but they sensed my fear and used it to silence my voice.”

I know, and [she says] that “It was only after much internal struggle that I was able to break free from this.” There’s another point where she says, “I have known doubt, and I have known the dark night of the soul, and it was music that brought me out of that.”

There are so many moments in this play in which the lines are so touching and so honest and so truthful, and the age that I am now, I’m looking backward more than I’m looking forward. Whatever career I had is basically behind me. I think the line that I love the most is “I wish we could live in the music forever.”

See centralarkansastickets.com for tickets and details.