This feature comes from our sister publication Arkansas Made, on newsstands soon and at arkansas-made.com.

A self-described late bloomer, ceramicist Linda Lopez creates inanimate objects that teem with personality and whimsy, most notably in her many “Dust Furries,” which are blobby faceless and limbless sculptures meticulously formed through hundreds of dripping scales.

Her signature style for playfully animating inanimate objects can be traced back to her 1980s childhood on a farm in the Central Valley of California. She lived in a home where English was a second language, her parents both being immigrants. Her mom, a Vietnamese refugee, would explain in broken English, “Don’t eat on the couch, the breadcrumbs will make it sick,” she recalled.

“That fueled the idea of inanimate objects being to me,” Lopez explained. She often entertained herself by feeding everyday objects, like a loose edge of the living room carpet, which she’d ply with little strips of paper.

“Anything I could try and care for, I would,” she said. “Oftentimes it was just me left to the devices of nature and me figuring out what I could do with these things.”

Now based in Fayetteville, where she is an instructor in art and ceramics at the University of Arkansas’s J. William Fulbright College of Arts & Sciences, Lopez’s career as a ceramicist is flourishing. She participates in group shows nationwide and has gallery representation in Miami, where she will make an appearance at the Pulse contemporary art fair of the prestigious Art Basel trade show. The art website artsy.com named her one of seven contemporary ceramicists to collect. She was also one of only 20 artists in Northwest Arkansas recently selected through Artists360, an initiative of the Mid-America Art Alliance and funded by the Walton Family Foundation. She received the $7,500 grant to collaborate with four women Michelin star chefs to design ceramic dishes for meals that rethink the dining experience. The 12 pieces she designs will also stand on their own as sculptures. 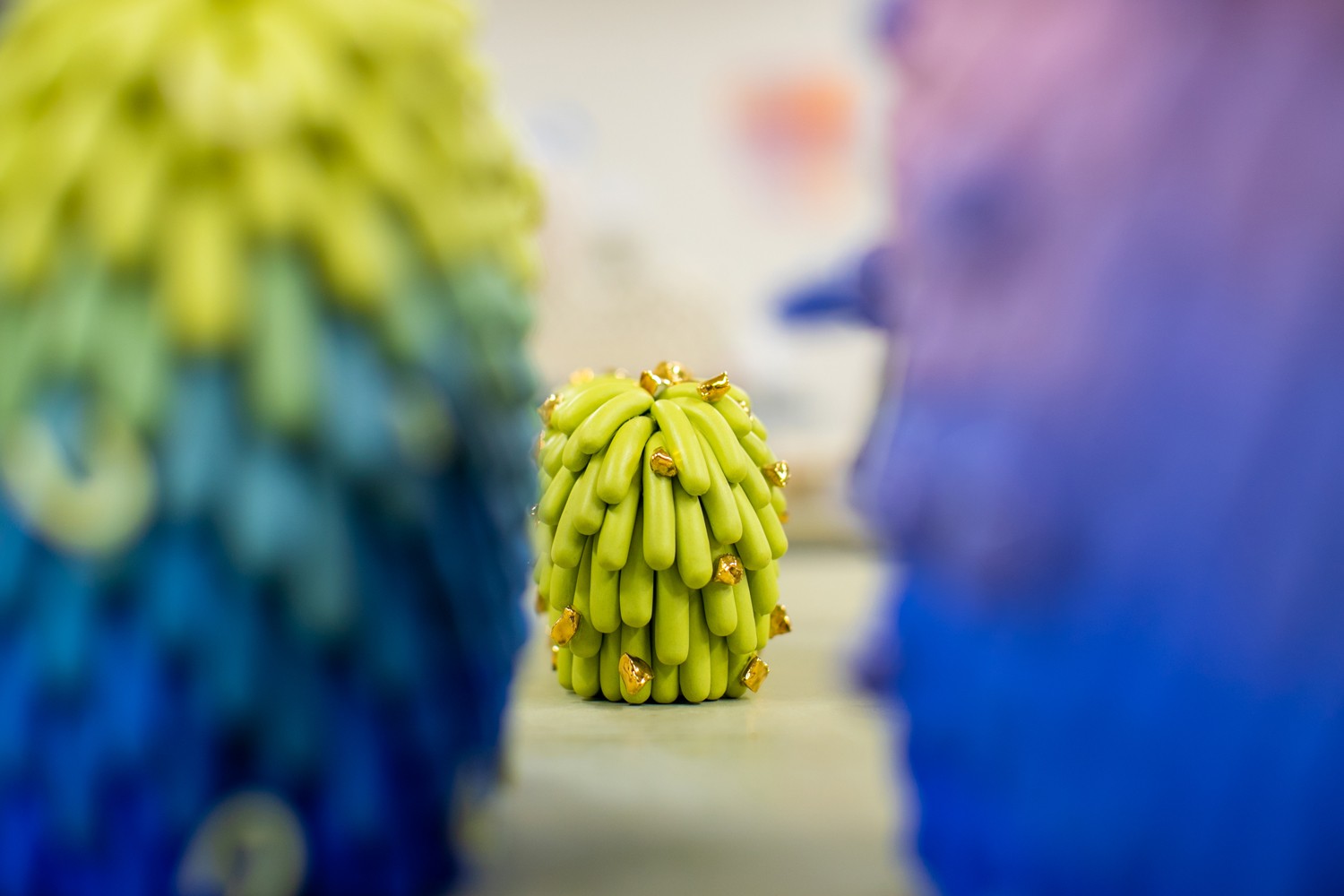 Despite all these accomplishments, Lopez hadn’t even stepped foot into an art museum when she enrolled in community college.

After receiving an associate degree, she hungered for more learning. An aptitude test resulted in the telling her she’d be good at farming.

Though she grew up in an agricultural community — she helped raise a dozen goats and two cows — farming wasn’t an inspiring career path. Because Lopez enjoyed a recent art history survey, the recommended she as an art major, telling her she could always change her mind later.

“It was the most horrifying semester of my life,” she said. She was enrolled in beginning sculpture, beginning ceramics, beginning printmaking and an art history class. She wasn’t ready for the , the critiques or to be in the studio all the time. Despite working diligently, she received a paltry B in ceramics.

“That’s what got me into ceramics,” she said. “That was basically a failing grade to me. The challenge of feeling like I did everything I was supposed to, that mystery of, ‘What is lacking that I’m not understanding?’ For it was that moment, and after I fell in love with the material.”

After two years in community college, followed by five at a state university, she continued study in ceramics with an M.F.A. from the University of Colorado at Boulder. Then came a stint as a resident ceramicist in Philadelphia for two years before moving to Fayetteville in 2012 with her now-husband, Matthew McConnell, who was offered a visiting assistant professorship in a state neither of them had ever visited before.

“I moved here on a deal. I was like, ‘I’ll move to Arkansas if you marry me because I’m not going to move out there and be stuck,’ ” she said. She also requested a goat so she could live a country life that felt like home in the central valley of California.

McConnell is the interim dean in the School of Art. He and Lopez are parents to a 2-year-old daughter.

“Juggling teaching, a studio practice and a kid has been crazy, but also not as crazy as living in the city,” Lopez said, adding she’s seen an explosion in the arts with the opening of Crystal Bridges, “and ever since I’ve moved here it has been a push forward. I feel so lucky to have landed when I did.” 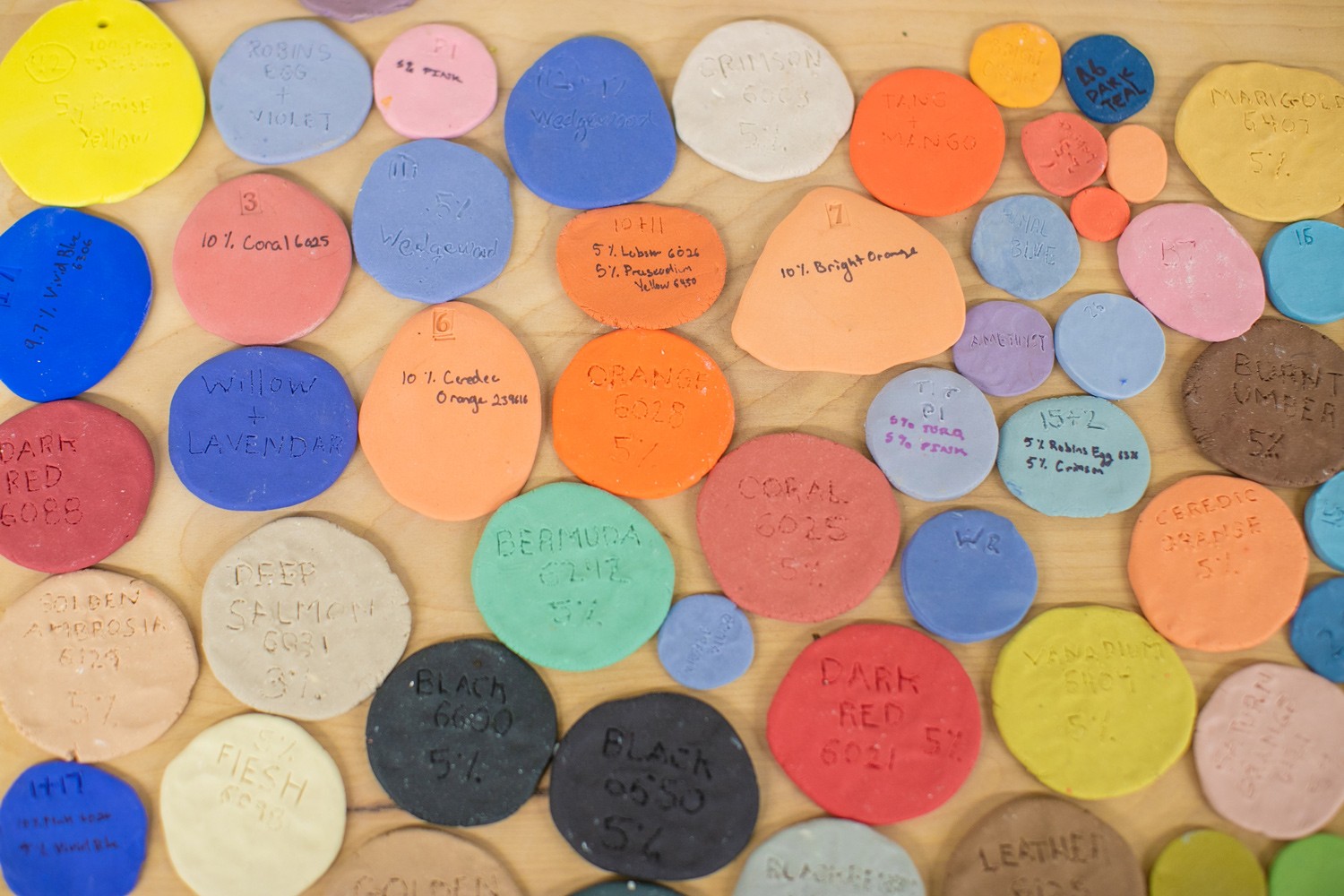 Lopez said the pace of life in Northwest Arkansas reminds her of home. “I think it’s a really great hub for emerging artists,” she said.

The easier pace of life and lower cost of living compared to big-city living means the luxury of full days in the studio to work on projects like a 5-foot tall Dust Furry or collaborations with Oaxacan weavers in Mexico for a foray into ceramics melded with weaving.

This luxury found in her new home allows Lopez to focus on her passion. Her eyes light up when she describes what she loves about her chosen medium.