Read this month's issue
Browse the issue archives
Advertisement
Home Entertainment AE Feature Rhett Brinkley’s ‘I Want to Stare at My Phone with You’ is...

Even in its most vexed, -emoji moments, Rhett Brinkley’s “I Want to Stare at My Phone with You” is a love letter to Little Rock. Or to a piece of it, anyway. The book’s 171 pages, which breeze past in a sitting as if they were half that, traverse vividly familiar ground: Cumberland Street. The KABF-FM, 88.3, control room. The Starbucks at the Bill and Hillary Clinton National Airport. The stretch of Markham Street between Pizza D’Action (RIP) and the E-Z Mart.

Despite the specificity of that terrain, Brinkley manages to capture something that reaches well beyond the city limits, peering at human ambition through the taciturn lens of a restaurant server surrounded by artists, night owls and people generally grappling with the existential notion that, as Brinkley’s character Counsel puts it, “being in a band, or making movies, or making things out of clay isn’t going to support a family one day.” In its telling, Brinkley finds civility, grime and absurdity in punk rock life and unearths some truly abominable human in the brunch-worshipping, purportedly civilized worlds of the business class.

I talked with Brinkley ahead of his appearance at the Arkansas Literary Festival, at 2:30 p.m. Saturday, April 27, at Allsopp & Chapple Restaurant, 311 Main St.

One thing I really love about the book — and this is evident from the beginning, in your table of contents — is your knack for wordplay. “Potion control.” “It’s just a face I’m going through.” “Dancing with my selfies.” And my personal , “Gluten for punishment.” When do you think of your best puns/wordplay?

Just at random. Driving my car or walking around. Unfortunately, I feel like the switch isn’t always turned on for me. I wish I could channel it more. I can go months without thinking of anything clever. 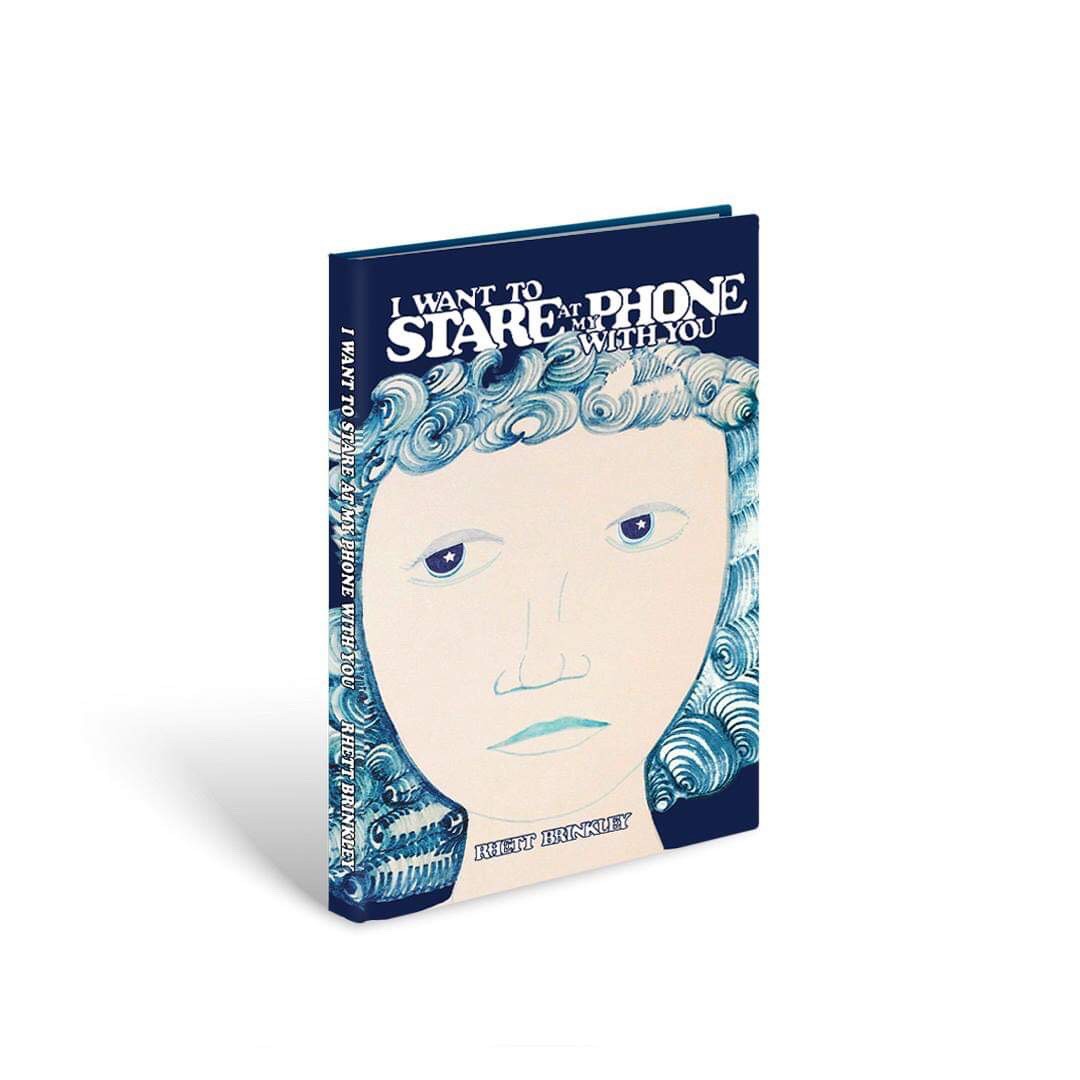 The book has lots of what people would call “Easter eggs” — little recognizable truths — about how Little Rock residents behave in adverse weather, for example. Real places — Midtown Billiards, White Water Tavern, The Fountain in Hillcrest, the E-Z Mart on Markham. And there are also a lot of names — real names of people who live here. Are the names all real? Can you talk about that choice? Did anybody really, really want to be in the book? Or desperately not want to be in the book?

I used real names in the situations that I didn’t fictionalize. I think because I really cherished those moments and it felt better to make it as real as possible. All of the recurring characters are based on real people, and I changed their names because I make up so much of the dialogue. Honestly, the main cast of characters pretty ambivalent about being in it. One of my main muses hasn’t read the book yet. He’s flipped through it and read a few stories, though.

This other theme — or maybe it’s more like the lens of the book — is through your eyes as a waiter. And anyone who’s worked in a restaurant will understand this: Servers occupy a sort of weird spot when it comes to power dynamics between them and their customers. Like, so often servers will see people at their worst, most inconsiderate. Do you have encounters when you’re serving that make you feel the opposite way? Like ones that make you feel like, “Yeah, I just saw a glimpse of something tender, or something remarkable?”

That’s a great question. Yes. All the time. I was getting a root beer refill for a kid recently. He was probably 8 years old, and he was sitting there playing some game on a gaming device and he had Beats headphones on. Sometimes refills go completely unacknowledged, and that’s fine. I set the drink down and he took the headphones off one ear and said, “Thank you.” So I do see those things, all the time. It can be a rewarding job, too.

But those things probably aren’t as much fun to write about as, say, the phrase “a thing of .”

Right. It probably took me, like, three years to realize that was a common restaurant colloquialism. I hope I don’t offend anybody by saying that. I think it’s just funny.

You also describe with a lot of skill the feeling of being stuck in Little Rock, but like, stuck sort of by your own choice, which is sort of symbolized perfectly by this Mulehead album cover — a sign with an arrow pointing to Little Rock and an arrow pointing the opposite way to an actual town in Clay County called “Success.” It’s this weird sort of, like, comfortable, inertia, but still inertia. The back of your book says you still live in Little Rock now, and I wonder: What has kept you here?

A lot of things. My friends. I like living in Little Rock. It might not show through in the book. I kind of hope it does. One of my fears before I finished wrapping [the book] up was that people would think I don’t like Little Rock. Which is not the case at all. It’s more the feeling of “Man, I’m really not doing that much,” when you look at the years and how much is just noticeably unchanged about my life. That’s what I was trying to say, I guess. But that doesn’t have to be a bad thing.

I also love this element of fascination with bodies and the sort of slovenly/punk-rock aspects of cheap, hard, young living: a flea infestation, quasi-public applications of foot powder, having a few moments every year where you wake up and have to retrace your steps to remember where your car is. Do you think people try to grow out of that too fast?

Maybe. I loved it in my early 20s. For me, those years were important. There were things going on, tough things, in mine and my friends’ lives that almost made it easier for us to stick together a little bit longer. It seemed like we were living in squalor, but there were some good moments. But the older you get, the harder it is to accept. The hangovers are worse, the shame is more severe and the patience is dwindling.

In the last essay, there’s this thread of conversation about, sort of, nostalgia for how alive the music scene was in the ’90s and early 2000s. If you were to put together a soundtrack of Arkansas music for that essay — or maybe for the whole book — are there bands that spring to mind that would definitely have to be included?

Yeah, for sure. Soophie Nun Squad, Sugar in the Raw and American Princes, to name three. But there’s so many. I recommend the Towncraft comp[ilation].

Do you worry that this book is insider Little Rock?

Yeah. One of the early criticisms from friends just reading these stories were like, “Is anybody gonna find this interesting if they don’t know these people? Like, are they gonna like it as much as we do?” So there was that. Somebody else was like, “You threw in something there about ‘ kids.’ Nobody’s gonna know what you’re talking about.’ ” I just went with it, anyway.

Yeah. I’d argue that the things you’re talking about transcend the minutiae of the references. And when we fall in love with a book, we’re falling in love with very specific stuff, anyway. We don’t have to know the meaning of absolutely everything to love it.