Riding in on a Mule

Anne Milligan 5/4/07 2:00am
Power-packed shows with major artists are featured at area clubs tonight and Friday, May 4. Warren Haynes’ Govt. Mule stops in for a long-awaited return to Little Rock, playing the Revolution Music Room at 9 p.m. today (May 3). Bring ear pl 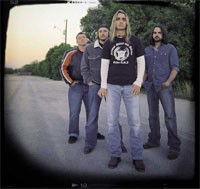 Arkansas Times Staff 4/26/07 3:00am
Local rap collective Conduit celebrates the release of its latest compilation album, “Theme Muzik,” with an expanded version of its regular concert series “The Chill” at the Revolution Music Room on Friday.

Anne Milligan 4/19/07 2:00am
If you’ve recently perused the show listings in our local weekly, your eyes might have fallen across a mind-twister of a band name: Blueground Undergrass, playing tonight (April 19) at Sticky Fingerz Rock ’n’ Roll Chicken Shack.

Jim Harris 4/12/07 3:00am
Blues Traveler and Welsh heavy metal band Bullet for My Valentine are coming to town this weekend. 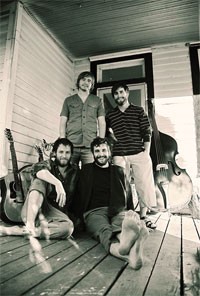 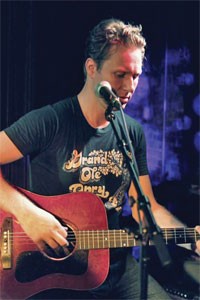 Anne Milligan 3/22/07 2:00am
If Radiohead’s “OK Computer” did a spot of Prozac and had a fling with the Verve Pipe after 10 years of smoky bars, it might just sound like music by Radiant, the Dallas indie pop-rock group coming to the Revolution Music Room on Saturday, March 24.

Anne Milligan 3/8/07 2:00am
14 consecutive shows at the Treehouse include Kiss Kiss, Pony Pants and other bands on the way to Austin for South-by-Southwest.

Anne Milligan 3/1/07 2:00am
Rock 'n' roll and more is what the John Evans Band will offer up at the White Water Tavern on Thursday.

Anne Milligan 2/22/07 2:00am
The “godfather of punk,” Boston’s indescribable Jonathan Richman, will be at Sticky Fingerz on Friday, Feb. 23.

Anne Milligan 2/15/07 2:00am
With Valentine’s Day behind us and Mardi Gras ahead on Tuesday, Feb. 20, get ready to put on the high heels and head out for one last pre-Lent run around town.
Advertisement

Anne Milligan 2/8/07 2:00am
Arkansas’s own Chase Pagan, acoustic folk singer/songwriter on the rise to national prominence, is holding his CD Release Show at Vino’s Brewpub on Friday, Feb. 9.

Anne Milligan 1/25/07 2:00am
Tuesday, Jan. 30, finds us between two worlds as the week wears on and Arkansas Rockers Revue founder T.J. Deeter of the White Water Tavern moves on to Localist pastures.

Putting a Hurt on

Jim Harris 1/18/07 2:00am
Hard-rocking Hurt, which is playing on the current SnoCore Tour, is taking a one-off and stopping into the Revolution Music Room on President Clinton Avenue on Monday, Jan. 22. 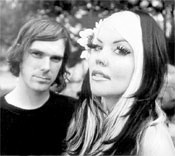 Heavy on the ears

Catherine Gilbert 12/28/06 2:00am
On Thursday, the boys are back in town: American Princes and The Moving Front are together at Sticky Fingerz, along with Big Boots (9:30 p.m., $5) in a show featuring some of Central Arkansas’s best musicians.
Advertisement
Next page →