Jim Harris 12/8/06 1:00am
Joey Lauren Adams told us Monday she’s still in the process of lining up all the details for a local premiere of her film, “Come Early Morning,” starring Ashley Judd, but as we were writing this it seemed the devil was in those details. 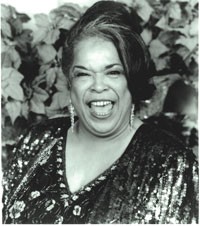 Hamilton calls on another great friend

Jim Harris 11/24/06 1:00am
We’ve got so much to be thankful for this Thanksgiving weekend: family, friends, good health, lots of local entertainment to write about and those of you willing to read about it, and a magical Razorback football season, which for me and others has meant

Jim Harris 11/10/06 1:00am
Bill Asti, a Little Rock architect and the former chairman of the board of directors of the Hot Springs Documentary Film Institute, had finally had enough.

Jim Harris 11/3/06 1:00am
Pete Yorn is a terrific pop singer-songwriter from the Northeast United States with a great band of Brits backing him. He'll make his first Little Rock appearance Nov. 10 at the new Village, the nightclub in the old Cinema 150 at Asher and University.

Saturday is stadium’s time to shine

Jim Harris 10/27/06 1:00am
First-time visitors this season to Little Rock’s War Memorial Stadium — and, if you didn’t heed my advice and attend the Oct. 14 UAPB-Grambling game, you should have; it was a terrific day — will notice significant improvements to the stadium.
Advertisement

Jim Harris 10/20/06 1:00am
For those who ever dreamed of making a documentary — and I’m guessing there may be many of you with Sony digital cameras who’ve had that thought lately — the Hot Springs Documentary Film Festival provides a great opportunity for educating the wannabe film

Jim Harris 10/13/06 1:00am
Dr. Fitz Hill, the first-year president of Arkansas Baptist College and a former star college football player and coach, learned long ago that he could use the public’s interest in football to make them aware of problems that usually go unnoticed.

Jim Harris 10/6/06 1:00am
It’s fun to sit across a table from someone as passionate as Carol Dolan is about cars, the monthly Cruisin’ in the Rock and next week’s Sonic Big Cruisefest. Her excitement just grips you and tells you that if you’re not there, you will be missing out on

Jim Harris 9/29/06 1:00am
Something seemed amiss when I glanced at my University of Arkansas football scholarship parking tag for the two War Memorial Stadium games this fall.
Advertisement

My kind of town

Jim Harris 9/22/06 1:00am
Chicago gets better with each visit. We spent the past weekend there, coinciding with a spectacular early fall weather front that made it difficult to leave for home on Sunday. Our visit coincided with the best game the Cubs have played all year, not that

Jim Harris 9/8/06 1:00am
Robert Carter, a 16-year-old at Little Rock Catholic High School, was out in California last weekend, though not because he wanted to hang out in a state that has real college football teams. He was playing golf, but not at just any course, and not with

Jim Harris 9/1/06 1:00am
Unless you’ve been to Orlando, Fla., or Tulsa, or maybe to West Texas recently, you probably haven’t heard of “The Rock and the Rabbi.” It’s not “Mamma Mia,” and it didn’t take Broadway by a storm.
Advertisement

Jim Harris 8/18/06 1:00am
If there is a positive about Saturday’s Al Green show at Riverfest Amphitheatre being postponed (see story on this page), it’s that now we don’t have clashing shows on opposite sides of the river that were certain to make some R&B lovers have to choose li 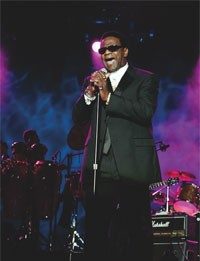 Jim Harris 8/11/06 1:00am
Before getting to back to the entertainment happenings, a final word on a week of mourning over the death of Paul Eells, the voice of the Razorbacks and KATV sportscaster: If you didn’t attend last Friday’s memorial service at Robinson Center, which turne

Jim Harris 8/4/06 1:00am
Many Arkansans woke up Tuesday to the same kick in the gut I remember feeling on a early fall Friday morning in 1974, when I heard that the “Voice of the Razorbacks,” Bud Campbell, had been killed late the night before in a car accident. Monday night,

Labors of love on the screen

Jim Harris 7/27/06 2:00am
Market Street Cinema has an interesting movie on for another week –- Andy Garcia’s “The Lost City,” a love letter to his native Cuba, in which Garcia not only directed and starred, but also composed the music and performed much of it on piano. It’s a pe

Jim Harris 7/21/06 1:00am
While I’m writing this, the Irish four-piece Fuchsia Band is playing in my CD. It’s addictive stuff.
Advertisement
← Previous page Next page →