Crosswords get their day

Jim Harris 7/14/06 1:00am
Wordplay” has humor, interesting characters, drama that builds, and a lot to offer in information about crossword puzzles, particularly the New York Times version, that you didn’t know.

Jim Harris 7/7/06 1:00am
Anyone who has anything to do with Riverfest Amphitheatre, or anyone who dreams of bringing another amphitheater to Little Rock or North Little Rock, should check out a show at Timberwood Amphitheater, the music venue at Magic Springs and Crystal Falls Th

Musicians Showcase at your fingertips

Jim Harris 6/30/06 1:00am
To further our effort to bring local original music to the masses, the Arkansas Times has added an Arkansas Musicians Showcase link to our homepage at www.wordpress-237995-832720.cloudwaysapps.com, and we’ll gradually continue to add mp3s from worthy acts. Already, Chris Henry and Ha

Grab the kids, see these shows

Jim Harris 6/23/06 1:00am
Last summer’s appearance by “1964” The Tribute was so well received by a near full house at Robinson Center Music Hall, Larry Payton of Celebrity Attractions decided to bring the Beatles imposters back this year.

Center stage and loving it

Jim Harris 6/16/06 1:00am
For a moment, I felt like I had journeyed back in time. Those are the exact words another fan of Cracker said to me in the middle of Monday night’s show at Juanita’s. For him, it was 1994 all over again, and he felt for a moment like he was back in colleg

Jim Harris 6/8/06 2:00am
Little Rock has more than its share of skeptics when a new project hits the table. Skeptics abounded in the days leading up to the River Market opening almost 10 years ago, and they didn’t disappear immediately either.
Advertisement 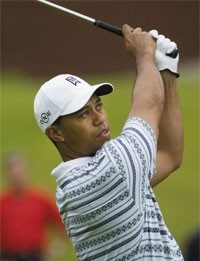 Tiger’s presence fit for a king

Jim Harris 6/2/06 1:00am
We would say this was like awaiting royalty, but we’re not sure Prince Charles would command such an audience at 7:30 a.m. in the woods of western Pulaski County on a cloudy Tuesday morning. Maybe Princess Di, if she came back from the beyond, might be as

Way too much to see and do

Jim Harris 5/26/06 1:00am
Decision-making causes varying degrees of anxiety in everyone. Some folks, of course, are making far more important decisions daily than which music act they ought to see at Riverfest, but I still see the symptoms of Riverfest-itis every year: Great acts

Will Hoge on the brink

Jim Harris 5/19/06 1:00am
Listening to Will Hoge’s older music or his most recent work on “The Man Who Killed Love,” you have to wonder at just which moment the Nashville Southern soul rocker suddenly will become a household name.

‘West Wing’ calls it a day

Jim Harris 5/12/06 1:00am
If only the U.S.A. could be governed as greatly as the fictional one has been by Jed Bartlet for the past eight years on the “The West Wing.” If only we had the kind of hope offered by the fictional president-elect Matthew Santos and his Republican Secret
Advertisement

Jim Harris 5/5/06 1:00am
A few years back I ripped into the local fast-food service sector in this space, finding that customer service at these places was at an all-time low in Central Arkansas. Today, I can tell you that folks like Bobby Watson are not going to let service

Jim Harris 4/28/06 1:00am
With apologies to Joni Mitchell, don’t it always seem to go that you don’t know what you’ve got till it’s gone? Now with Iriana’s out of the way, they can pave that little-less-than-paradise of the old Trailways building and put in a parking lot for the C

Jim Harris 4/21/06 1:00am
Keep repeating it: There is nothing wrong with our weather. Yes, the polar ice caps are shrinking, and tornadoes are normal in downtown Nashville, Indianapolis and Fort Worth. But this all runs in cycles, certain people keep telling us.

Jim Harris 4/14/06 1:00am
Travelerocity has become one of my everyday must-browse weblogs (travelerocity.blogs.com). The local site is run anonymously, but the fellow only appears to be a fan, not an Arkansas Travelers official or local sportswriter, and knows his baseball, writes
Advertisement

Jim Harris 4/7/06 1:00am
Like most new entertainment ventures, the Arkansas Twisters took Alltel Arena and Central Arkansas by storm. And, like those same entertainment outlets, after the newness wore off, the Twisters discovered they had to sell themselves.

Jim Harris 3/31/06 1:00am
John Haman and I arrived at Arkansas Business about a week apart in July 1992. In hindsight, one may wonder what either of us was doing there.

Looking ahead to Riverfest

Jim Harris 3/17/06 1:00am
Cirque du Soleil, for all practical purposes, started life on stilts. The company was composed of street performers in Montreal. Today, people plan their trips to Las Vegas around when they can get choice seats to see Cirque’s water extravaganza “O,” th

The mix was right for Hannah’s band

Jim Harris 3/8/06 2:00am
Hannah Blaylock, with the great looks and great voice, and her bluegrass band Eden’s Edge from Russellville led off Friday’s final Musicians Showcase and put up a score that proved insurmountable.

Jim Harris 3/3/06 1:00am
Had the Arkansas Razorbacks men’s basketball team not gone on this latest three-game roll through the powerhouse trio of Florida, Alabama and Tennessee (especially the 10th-ranked Vols, on the road), can you imagine what the local attitude about basketbal
Advertisement
← Previous page Next page →