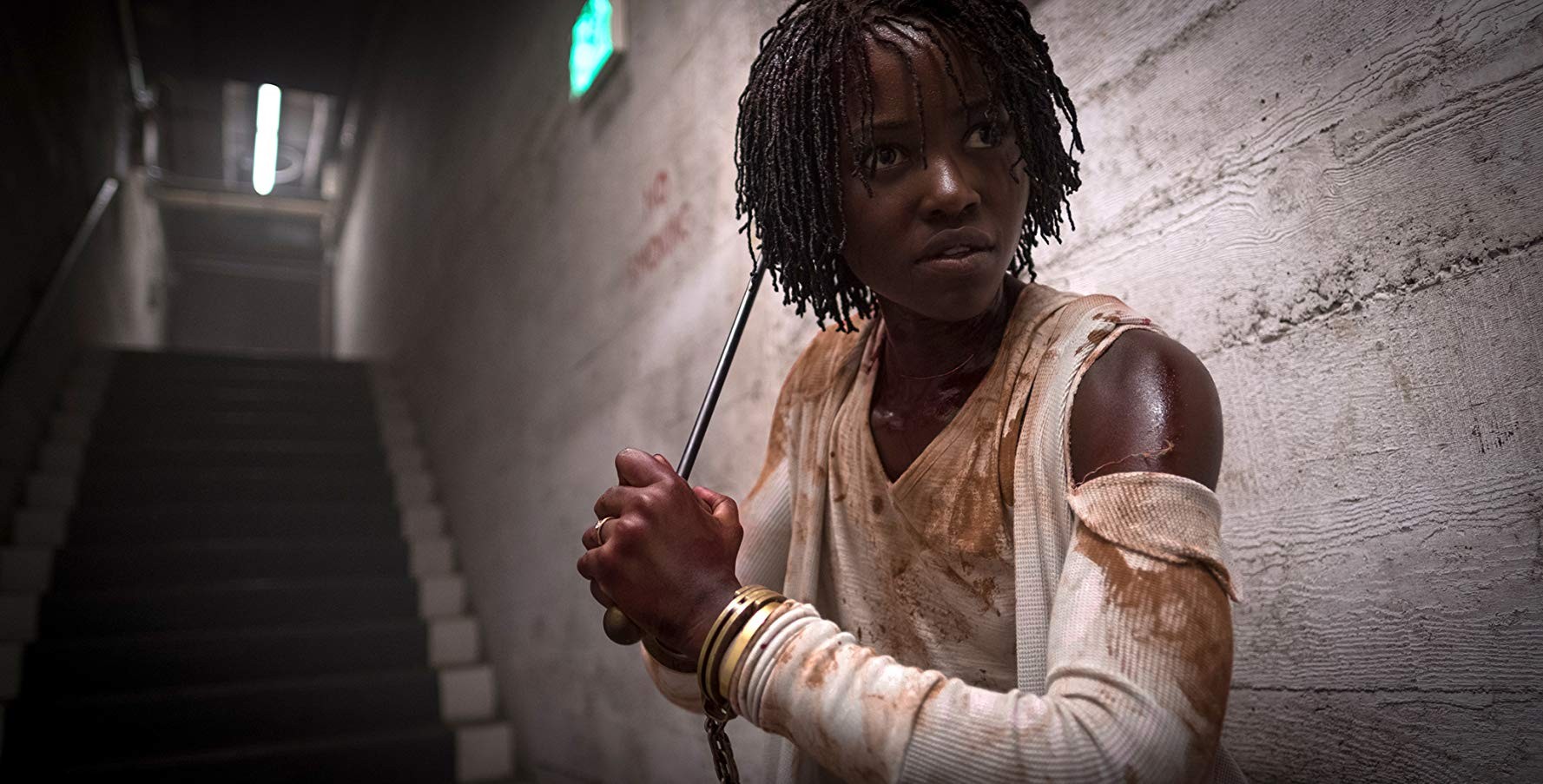 When Jordan Peele released the trailer for “Us“ on Christmas Day, Twitter exploded. Threads with theories about the plot spiraled into frame-by-frame analysis of what could be gleaned from the two minutes and 39 seconds of footage, and the trailer’s soundtrack — a deliciously dark remix of Luniz’s bay area banger “I Got 5 On It” — commanded its own hype. Eager audiences in dark theaters sat down to watch “Us” this weekend, and what followed was a rare moment in the moviegoer experience: the opportunity to witness a film forge itself a singular spot in the horror genre and in our cultural canon.

“Us” opens with the Wilson family traveling to their beach house in Santa Cruz for the weekend. Wife and mother Adelaide — in a harrowing and brilliant performance by Oscar-winner Lupita Nyong’o — is forced to confront a childhood trauma on the Boardwalk. Soon, Adelaide and her husband Gabe, played with glorious Homer Simpson-esque uselessness by “Black Panther” star Winston Duke, must protect their children Zora and Jason from, well, themselves. Peele’s determination to create a new monster mythology manifests in the terrifying Tethered. Call them dark doppelgangers, call them evil twins, call them twisted inversions, the Tethered look exactly like the Wilsons, and they’re out to kill their Untethered counterparts.

“Us” follows the Wilson family in their fight to outlast the Tethered versions of themselves, and the movie takes audiences down the rabbit hole — watch the trailer for a quick look at the rabbit motifs throughout the movie — to discover who, and why, the Tethered are. Peele has once again proven himself to be a filmmaker with an unparalleled handle on timing, suspense and story. With nods to horror classics such as “Jaws,” “Nightmare on Elm Street” and “The Shining,” Peele has made a movie that feels lush with familiarity, but it scratches an itch we didn’t know we had. It’s hilarious, but its implications are horrifying. It’s replete with 80s horror vibes, and the neon lights, stark pastels and rich hues of the Santa Cruz Boardwalk develop an inescapable sense of place in the film. 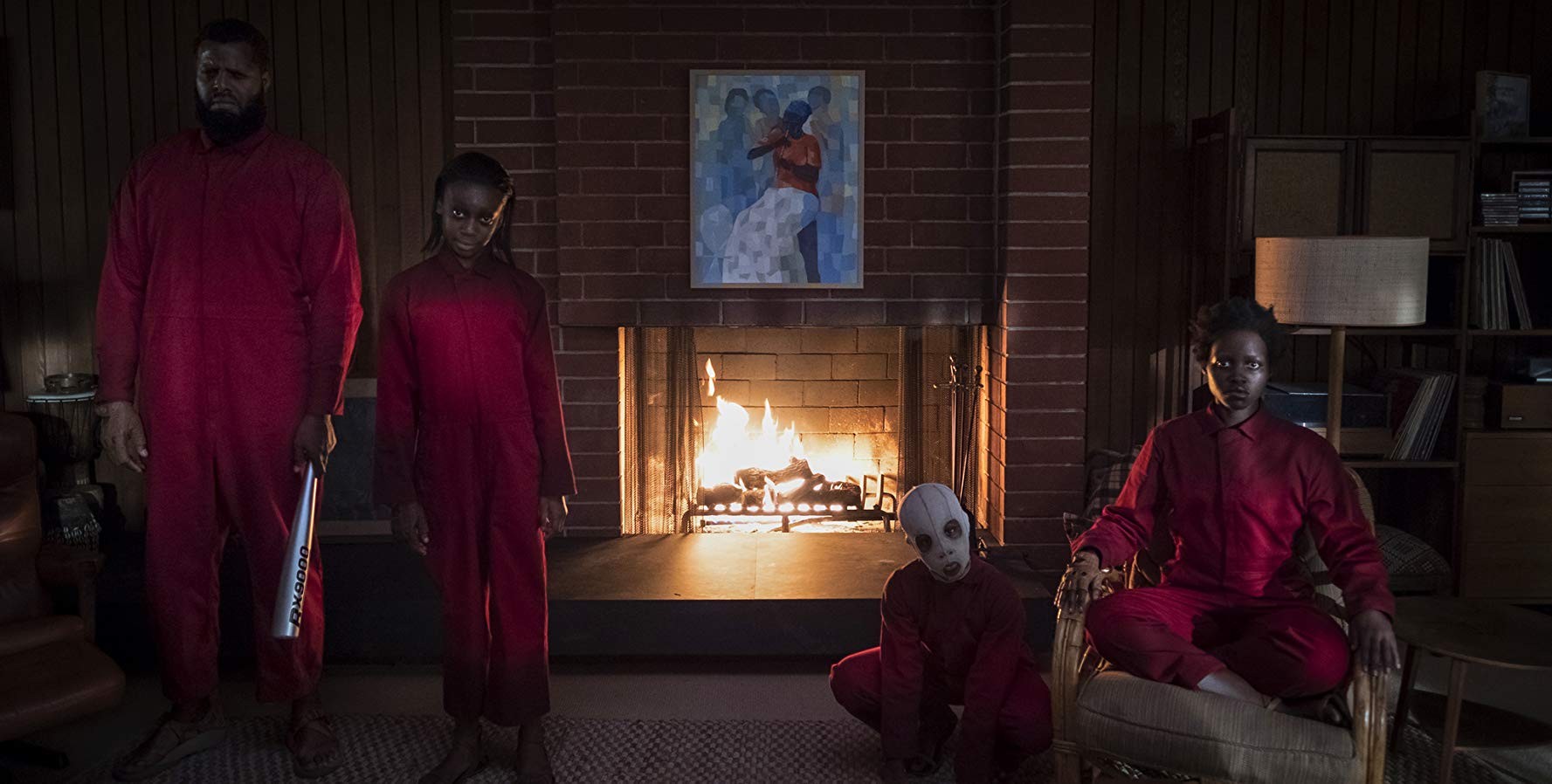 But it’s the performances in “Us” that bring the movie home with you. Keep in mind that the actors were asked to play both Tethered and Untethered versions of themselves, making duality a crucial part of the filming itself. Nyong’o’s portrayal of Adelaide, and as Red, her Tethered counterpart, places her in the upper echelon of horror’s “final girls” —  Sigourney Weaver’s Ripley of “Alien” would be proud — but even within that elite group of women who survive, Adelaide is singular.

Zora and Jason, the Wilson children, are played by Shahadi Wright Joseph and Evan Alex, and their performances are incredible examples of what great child actors can bring to a movie. Joseph and Alex are sharp and incredibly funny, but most importantly, they help ground the film. Their reactions feel like our reactions, and they provide audiences with crucial entry points to the action. And while they occupy much less screen time, Elisabeth Moss and Tim Heidecker’s performances as Wilson family friends Kitty and Josh Tyler feel indulgent in their awfulness. No spoilers here, but the brilliance of the “Us” soundtrack includes the use of N.W.A.’s “F*ck Tha Police” as a particularly bloody punchline. 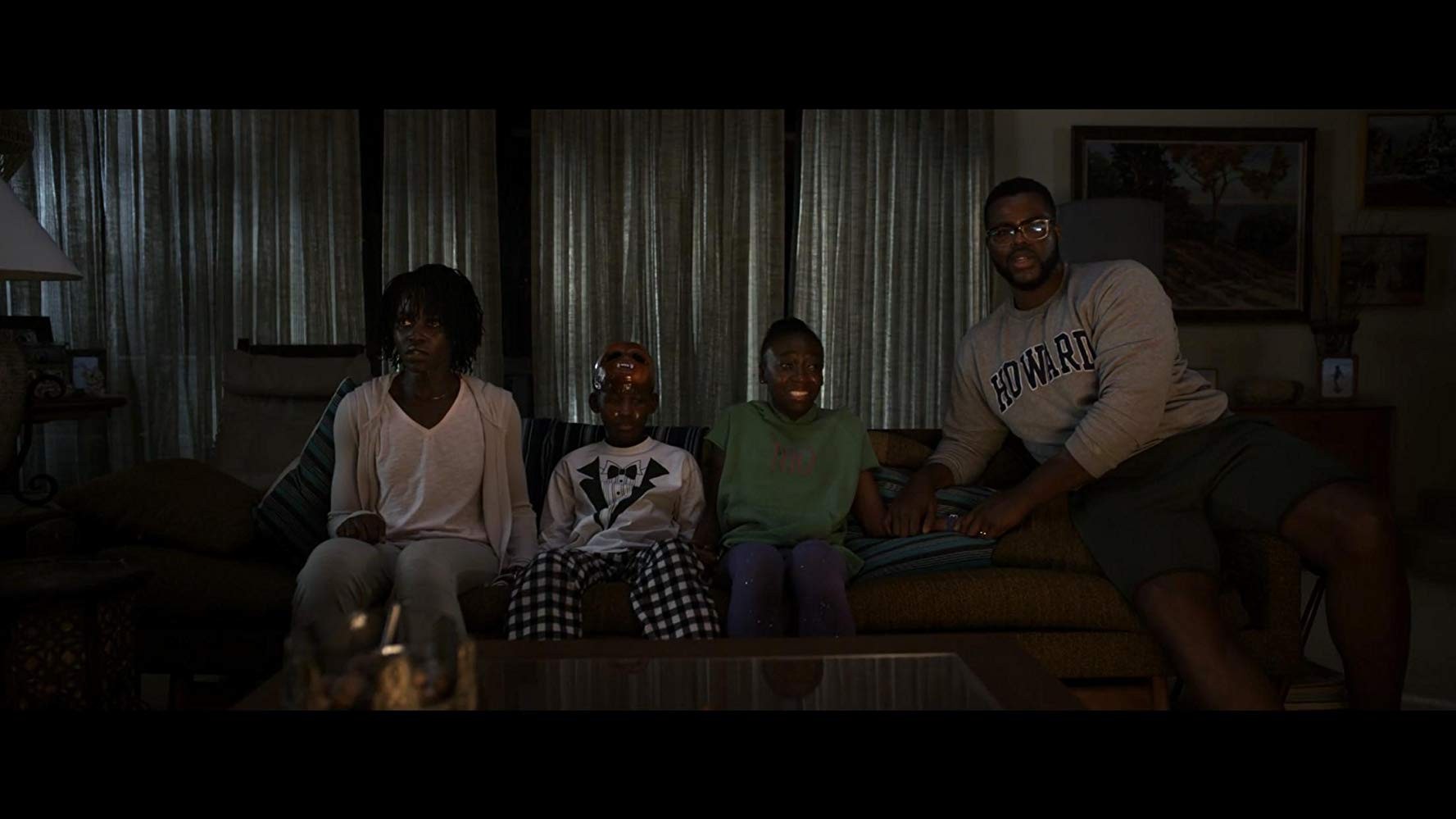 In quick oscillations between expertly timed jump scares and welcome moments of comedic relief, “Us” delivers an incredibly satiating experience outside the traditional confines of horror, one that makes audiences examine themselves as sources of their own terror. In “Us,” Peele completes the second half of a horror equation that many modern examples of the genre seem to lack: he asks something of the audience in return for the experience he’s provided. He asks you to turn your gaze inward, as the Tethered serve as reminders of the evil we’re conscious of — and capable of — just below our surfaces. When you walk to your car after the show, you’ll wish you parked closer.

What sets “Us” apart within the horror genre is the development of a new fear, based on an ancient one. “Us” actualizes and gives name to a feeling — deja vu, doppelganger, coincidence — and tells us that not only were we correct to feel that way, we also didn’t know the half of it.