Alabama made a North Little Rock stop on its 50th Anniversary Tour Saturday night at Verizon Arena, featuring the Charlie Daniels Band. Both groups still know how to make a crowd go instantly wild by ripping into high-energy, iconic songs.

The Charlie Daniels Band opened the show with the fast-paced “Drinkin’ My Baby Goodbye.” We’ve always admired how quickly Daniels can run though lyrics like “sitting on a barstool, acting like a dern fool, that’s what I’m a doin’ today” from the 1986 single. 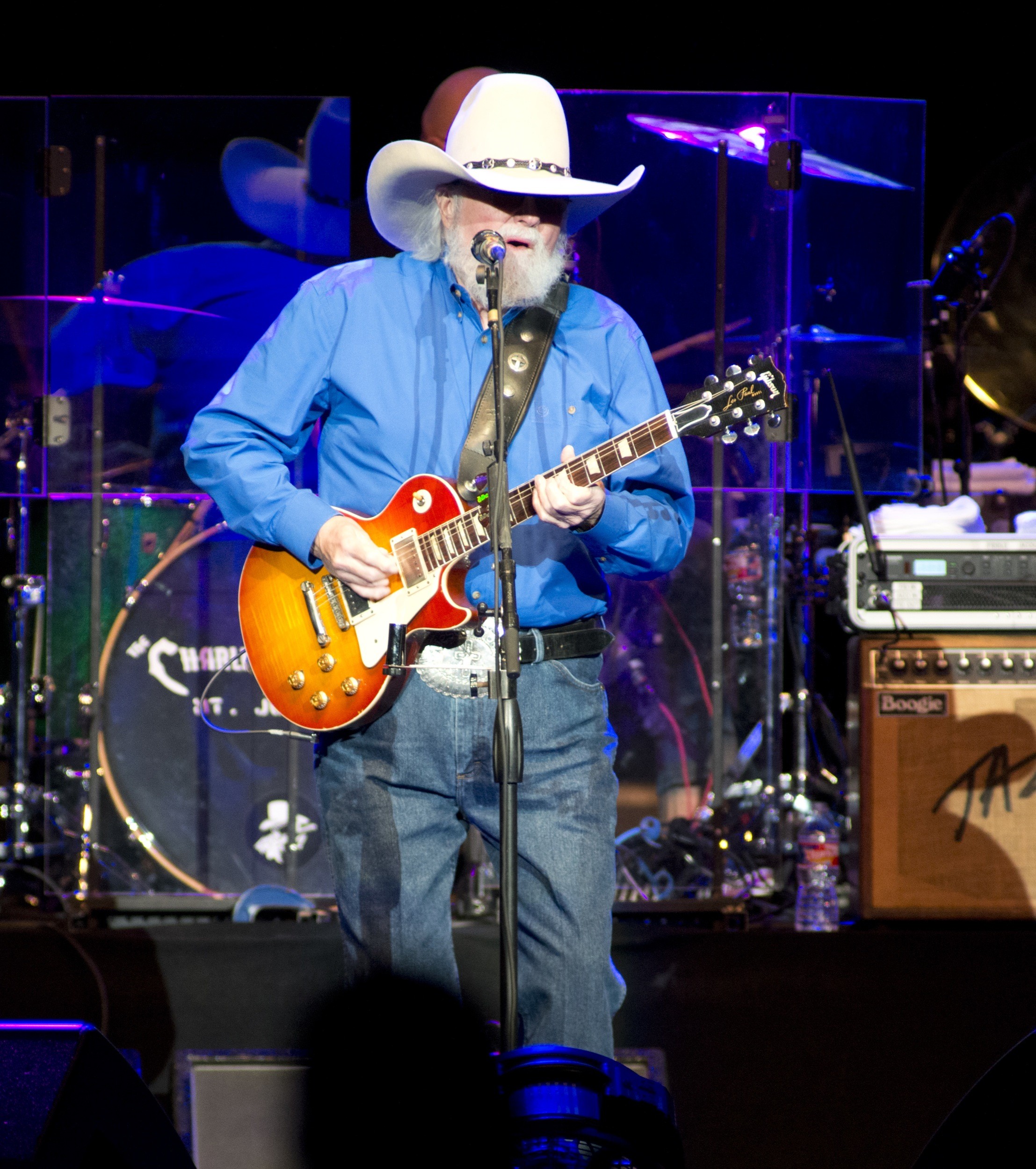 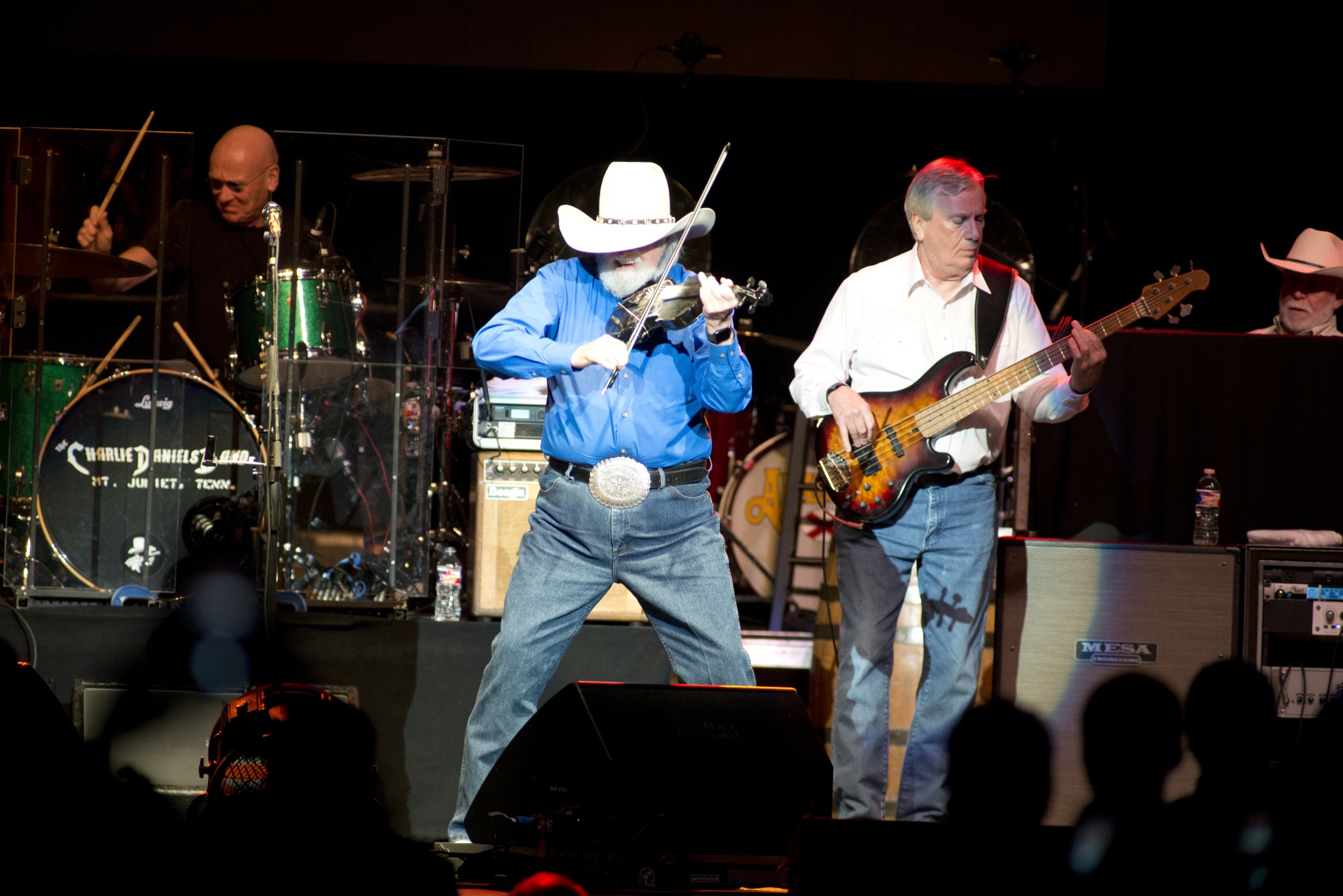 Charlie Daniels Band There weren’t any fancy light shows or smoke or onstage theatrics, and that was OK. For legendary bands like these, there’s certainly no need for them. But, we’ve become accustomed to large projection screens on both sides of the stage delivering live shots to help fans way up high or way in the back get close-up glimpses of the artists. There weren’t any, and that’s too bad.

Some things change. Back in the early ’80s, fans held up their cigarette lighters as Alabama sang “Old Flame.” (Yeah, we first saw the country supergroup back then at the Pine Bluff Convention Center.) Saturday night at Verizon Arena in North Little Rock, audience members of still lit up the place, but this time, of course, it was with the aid of cell phones.

Some things don’t. Lead singer Randy Owen, bassist Teddy Gentry and guitarist and fiddler Jeff Cook are certainly older and their hits are now considered classics, but those songs still sound great. The Fort Payne, Ala. boys rolled through many of their greatest hits, much to the delight of the crowd of 10,113.

It’s been a while since they had an amazing 21 No. 1 hits in a row, and many of their songs have stood the test of time, including these they included in the show – “Song of the South,” “Love in the First Degree,” “The Closer You Get,” “Tennessee River,” “High Cotton,” “Dixieland Delight,” “Roll On (Eighteen Wheeler),” “Born Country” and “Down Home.” Talk about songs with staying power, these have proven their longevity. 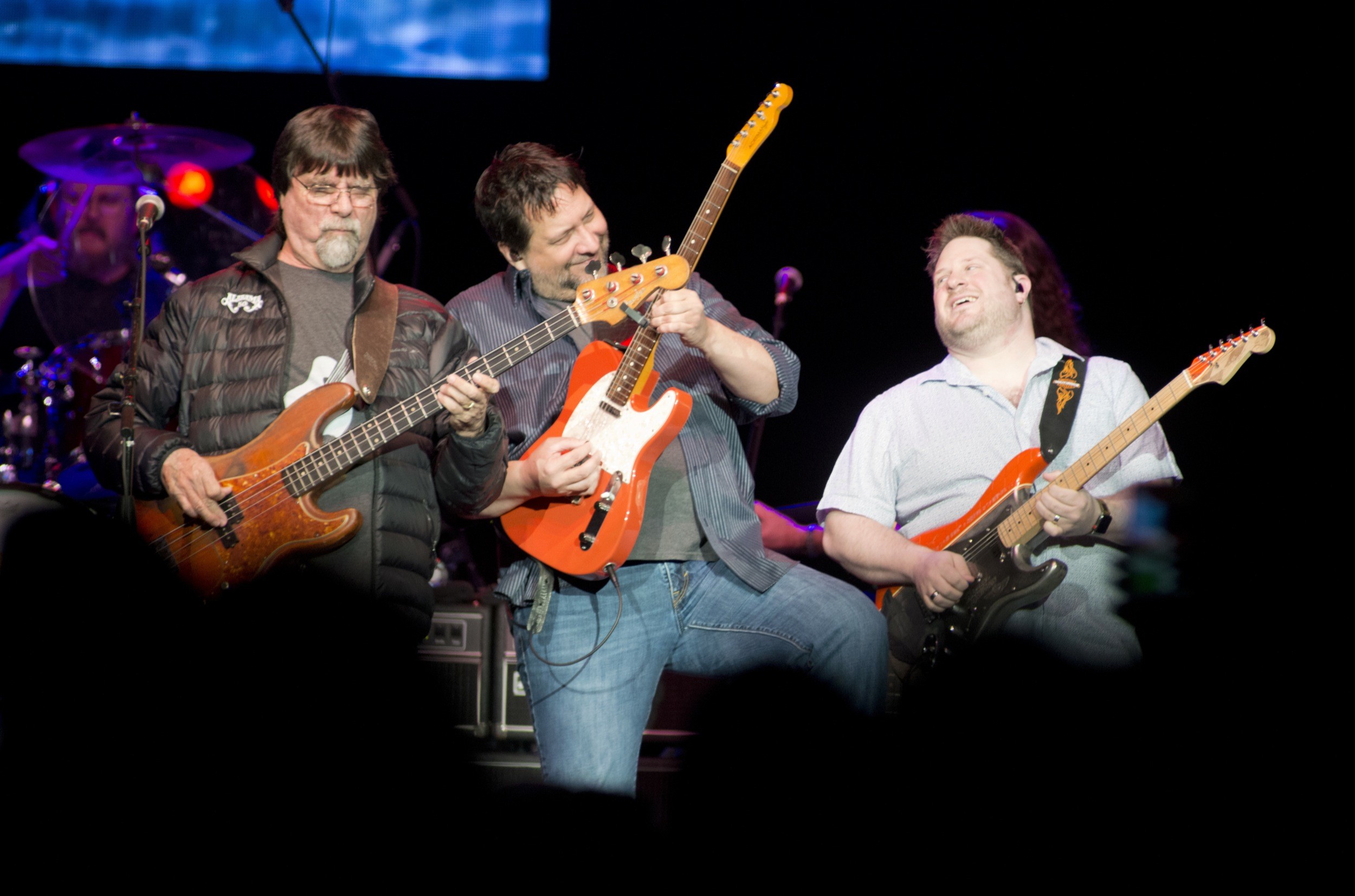 Alabama And, finally, pretty easy to guess what each group closed with. For CDB, it was, of course, the classic the group is known for – “The Devil Went Down to Georgia.” The devil still loses out to Johnny in that one, but put it down as a big victory, or even a country music fan’s bucket-list check off, to get to hear that one live. Alabama brought the evening to a close with a rousing rendition of its monster 1982 hit, “Mountain Music.”