In July 2017, a call from the Arkansas Arts Council went out to Arkansas artists for works smaller than 18 by 24 inches. As part of an annual juried competition the council conducts, Howard University professor James Phillips considered hundreds of those pieces for selection to participate in a touring exhibition, and bestowed purchase awards allowing a handful of them to become part of the Small Works on Paper permanent collection. Thirty-five artists’ works make up the exhibition, which will travel to 10 galleries around the state in 2018; next stop is Harding University in Searcy. Of those 35, Phillips chose six artists for purchase awards: Terry Lynn Dushan of Fayetteville, Robert Simmons of Little Rock, Rex R. DeLoney of Little Rock, Mitchell Skinner of Grady, Melissa Foster of Conway and Elissa Gordon of Mountain Home. This reception is your chance to check out the work and talk to the artists — or, if your pockets are jingling with Christmas cash, to pick up a few treasures from Mosaic Templars’ gift shop. 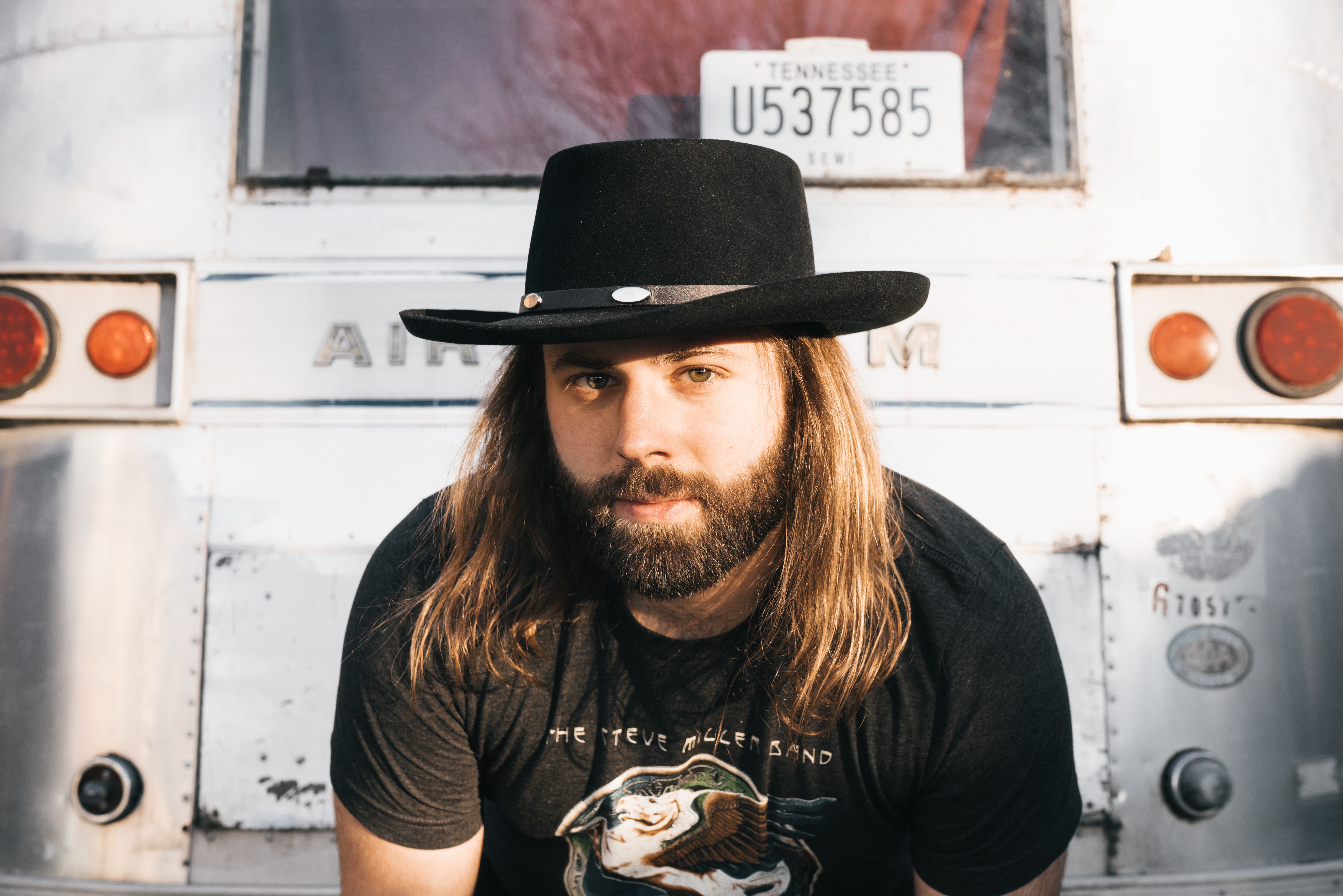 I don’t know if you can order a tall boy at the fancy new farm-to-table venue in El Dorado’s resculpted downtown Murphy Arts District, but the Griffin’s staff might want to consider a shipment of the 16-ounce domestic variety this week, when Baton Rouge country rocker CJ Solar takes the stage as part of the free Thursday Night Live concert series. Solar’s barroom self-affirmation “Tall Boy” will undoubtedly inspire anyone sipping a handcrafted cocktail to follow it with something that demands only a napkin as garnish, and Solar’s “Just Another Day in the Country” presents a wild juxtaposition for the spot’s “industrial chic” vibe: “Proud bunch of hicks way out in the sticks, smokin’ that John Deere green.” If this one isn’t in the cards, keep an eye out on this South Arkansas venue’s calendar for a winter road trip; Cody Canada plays the Thursday Night Live series on Jan. 18 and Keith Sykes plays a show at the restaurant Saturday, Feb. 3. 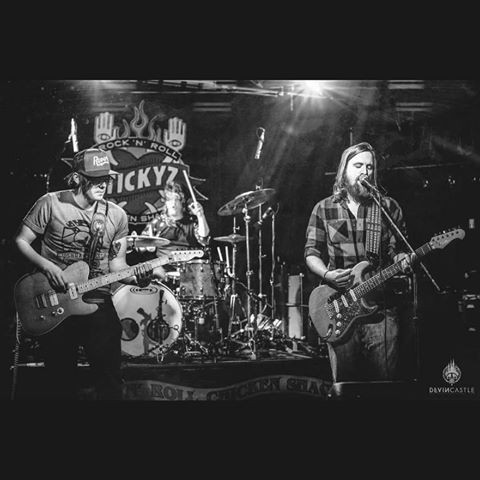 If you could get Google to stop second-guessing you with terabytes of information on The Federalist Papers, you’ll find a handful of songs from The Federalis, a Hot Springs-based group that marries straight-ahead blues drones with crunchy rhythm, lyrics about beating devils and dirty guitar riffs from guitarist Zakk Binns. All that should pair pretty nicely with a few thrashy, trashy rock anthems from Brother Andy and His Big Damn Mouth and the wavy gravy grooves of Couch Jackets, whose mission is recited on Bandcamp as the promotion of “positivity, individual empowerment and wholesome health through the outward expression of universal truths and unending questions” — and who describe their sound as “like an alligator’s eating us,” a bit of self-deprecation that belies the quartet’s tight arrangements and sweetly druggy interludes, a la “Kamels” and “Sonic Tea”: “There’s something in the baby’s room/I will not ask you to, there’s always so much shit to do, but I won’t mind.” 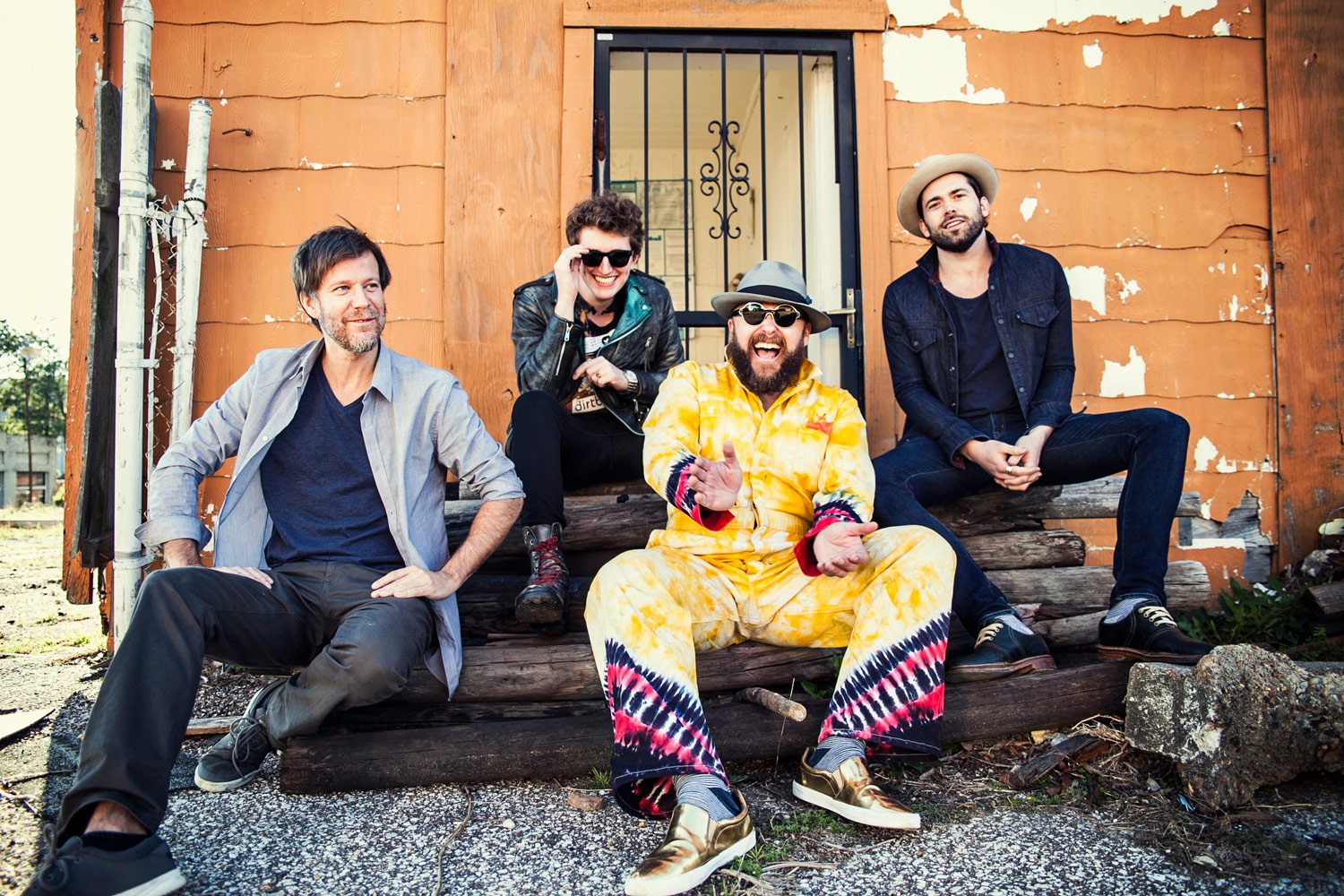 John Nemeth’s 2017 solo project was produced by Luther Dickinson of North Mississippi Allstars, and its cover features the title, “Feelin’ Freaky,” next to a bumpy crimson Kool-Aid pickle, styled like Andy Warhol’s pop-art banana. That’s enough to let you in on Nemeth’s aesthetic, and to suggest the style of electric blues in which he deals, both under his own name and as vocalist for an outsized project called The Lovelight Orchestra. Like his vocal predecessors Junior Parker and Bobby “Blue” Bland, Nemeth favors big, round horn riffs and nasty Delta guitar, a sound perfectly matched for anywhere that identifies itself as a “rock ‘n’ roll chicken shack.” For a primer, check out Nemeth’s mean harmonica on “S.T.O.N.E.D.” and his ridiculous vocal range on the album’s banner ballad, “Rainy Day.” Then, go check out the family holiday card he posted on his social media accounts over Christmas, an endearing and surreal affair featuring Nemeth with his wife and children, perched among a dozen mannequins and a couple of monochrome animal statues. 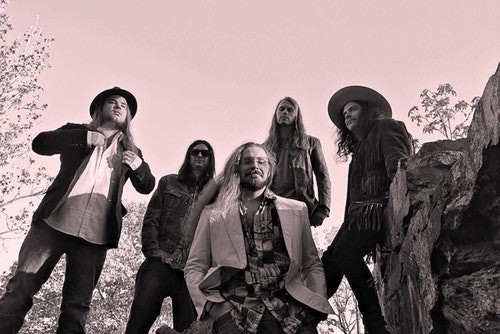 Count this show among the first of a hundred or more shows in 2018 for DeFrance, if 2017 was any indicator of the band’s schedule to come. A straightforward rock outfit whose riffs are polished to a shine by a dense calendar of barroom and festival shows, DeFrance sticks to the sort of “original recipe” rock ‘n’ roll favored by its professed influences: Ryan Adams, Neil Young, Tom Petty & The Heartbreakers. It does it damn well, too. Give a listen to the meandering title track from the band’s 2015 release “Home” and the feel-good opener “Good Love,” and trust anyone who’s heard the band lately and tells you those songs sound way more ballsy and solid than they did when they were recorded. If you don’t catch DeFrance in Argenta Saturday night, make a little scribble on your calendar and check it out at the Tom Petty Tribute and KABF-FM, 88.3, fundraiser at the White Water Tavern Saturday, Jan. 27, or later that same night at Midtown Billiards. 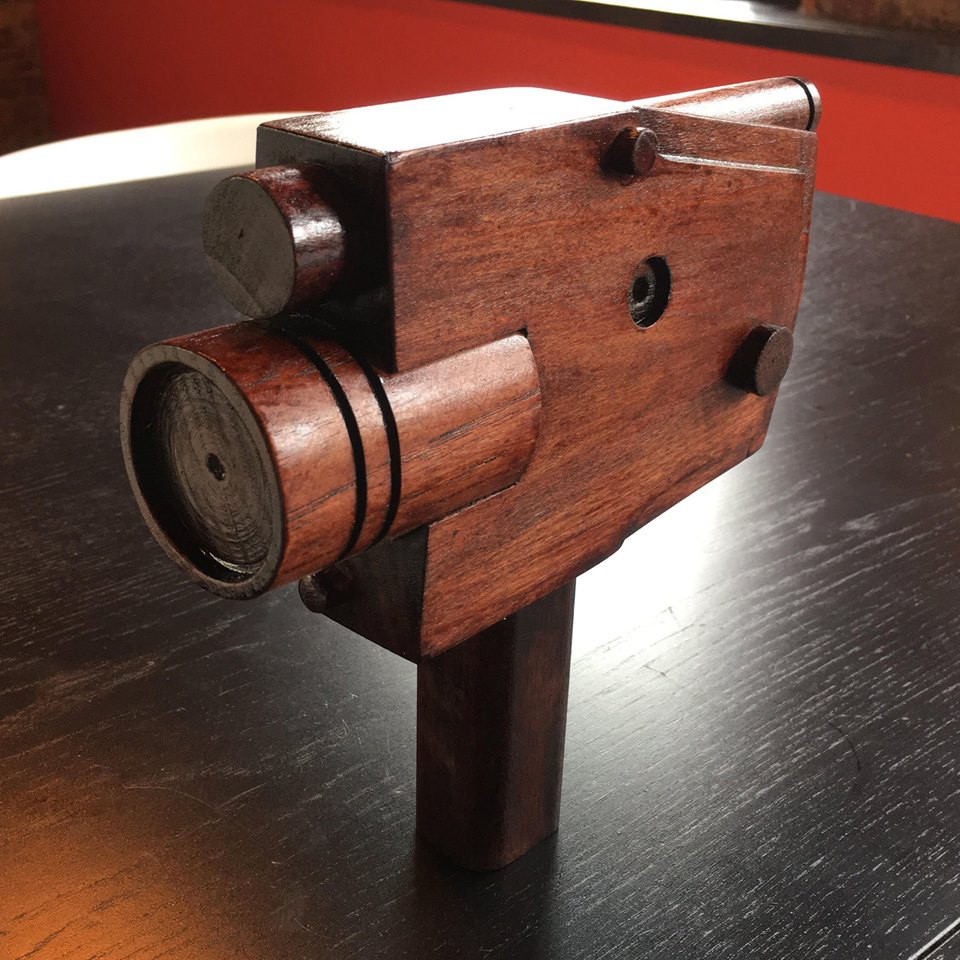 Reasons to be in Hot Springs for this evening with Low Key Arts include, but are not limited to, the following: 1. You love inventive film but missed last year’s Hot Springs Documentary Film Festival and just can’t wait until next October — or, lacking the stamina for multiday film festivals, you’ve never been to HSDFI and need all that fabulousness squeezed into a single evening where all the films are less than 10 minutes long. 2. You want to watch movies inside the historic Malco Theater on Bathhouse Row, a gem of an art deco building whose glitzy marquee once boasted the names of silent films and vaudeville shows. 3. You’ve got breadth. The Low Key Arts screening committee organized picks into neat blocks, as the press release details: “an International block; a North American block with films that have screened at festivals like Sundance, SXSW, and the Hamptons International Film Festival; a block of student films from this year’s Inception to Projection filmmaking class; and the Arkansas Shorts block, featuring a juried selection of films made by Arkansas residents and natives.” 4. You’ve got options. A Hamilton will get you into one of those blocks if you’re strapped for time, or you can pay the $20 all-access admission and get photographed by Thomas Petillo at the opening reception, watch all three blocks and get into the afterparty at the new SQZBX pizzeria and brewery at 236 Ouachita Ave. 5. As curator and filmmaker Jen Gerber said in a press release, “the seating is packed and the room is full of energy. I’ve traveled with my films to festivals around the world and Arkansas Shorts is one of the best screening experiences a filmmaker can get.” Reasons not to go? You or the little ones you’ll have in tow Saturday night are averse to strong language, nudity or violence, any combination of which may well be present in some of the films screened. 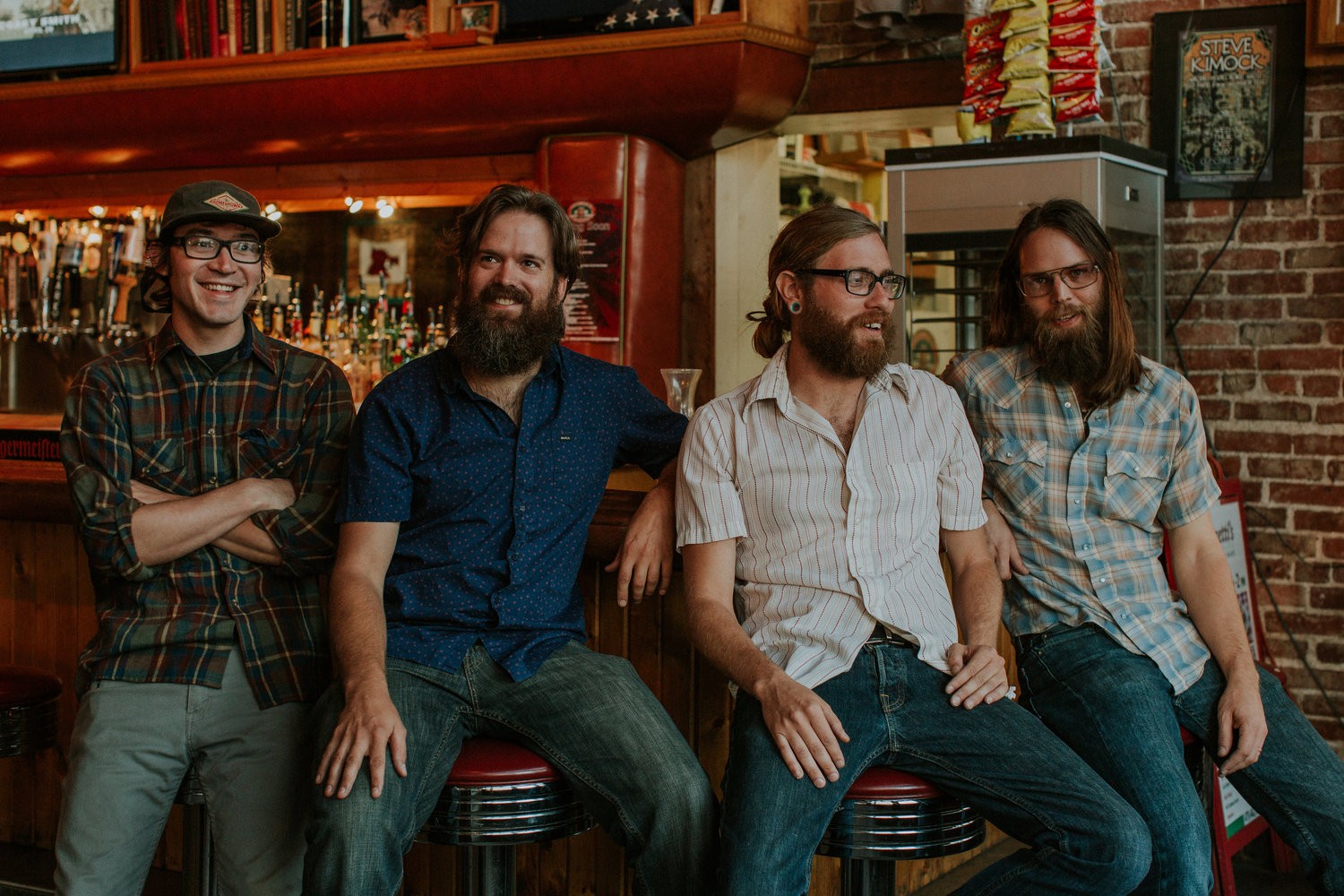 And just like that, all your world-weary cynicism about bluegrass bands doing quirky covers of ’80s hits can melt away, because you watched Arkansauce take on the Dire Straits’ “Money for Nothing,” complete with three-part harmony, the sustained intro and sneering lyrics — though they do make some amendments to that homophobic bit in the second verse. Lest you take the stringed ensemble for a gimmick band, though, check out the video for their song “Canary in a Coal Mine,” filmed in front of Fayetteville’s “most famous tiny house, which belongs to Trans-Siberian Orchestra violin player Asha Mevlana and adventure journalist Ryan Van Duze.” The group’s got a strong collective sense of where the beat lies, and that rhythmic confidence affords it a crystal clear cohesion; too clean and smart to be lumped in with Banjo Billybo-singing Adele (that is a real thing), and too harmonically inquisitive to come across as a Flatt & Scruggs tribute. Wear comfy shoes; this is some sweet two-step music and the Rev Room’s got a great dance floor for it. 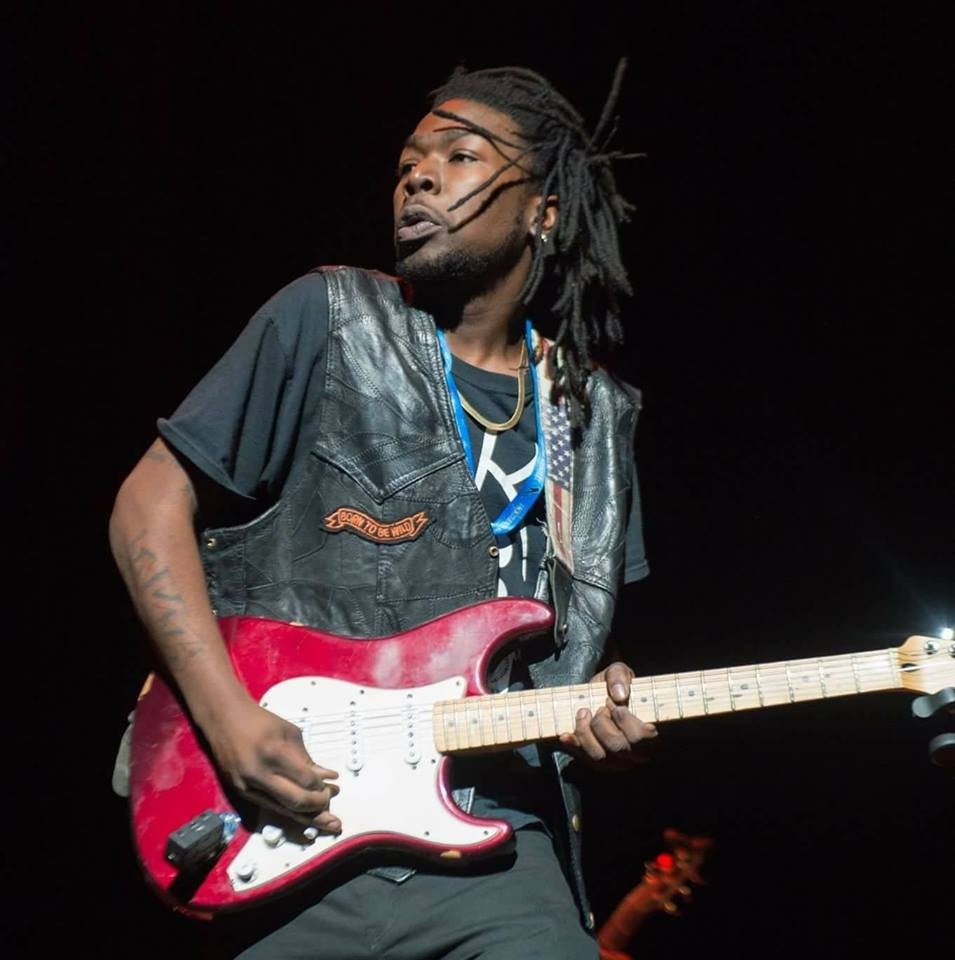 When it comes to the blues, seniority and experience are prized, and it’s no wonder: How can you channel the languages of aches and redemption, after all, if you haven’t lived enough life to speak it? There are, however, at least two powerhouses of the new guard of local blues musicians, and they’re sharing this bill in what may be the closest thing we’ve got to an old juke joint. Morrilton native Akeem Kemp gets downright mean on the guitar. He’s been playing with the same musicians since they were young and it shows. Taylor, a soul crooner and wailer from Heber Springs whose voice can coo, shout and snarl in the same stanza, is backed by her own longtime ensemble, Gypsy Rain. If local blues music has been off your radar a while, this is one to catch.

Every Sabbath, just about the time you peek in the refrigerator to discover you haven’t enough beer for a proper #sundayfunday, an informal session of traditional Irish music is kicking off at Hibernia Irish Tavern, and a host of Irish culture and music appreciators are sitting around a table casually playing fiddles and squeezeboxes and nursing pints of Guinness or Smithwick’s. Or maybe Miller Lite, who knows? Whether you’re a devotee to The Chieftains or just looking to expand your awareness to the realm beyond The Pogues, this weekly jam session deserves a wider audience, of which you could very well be a part. 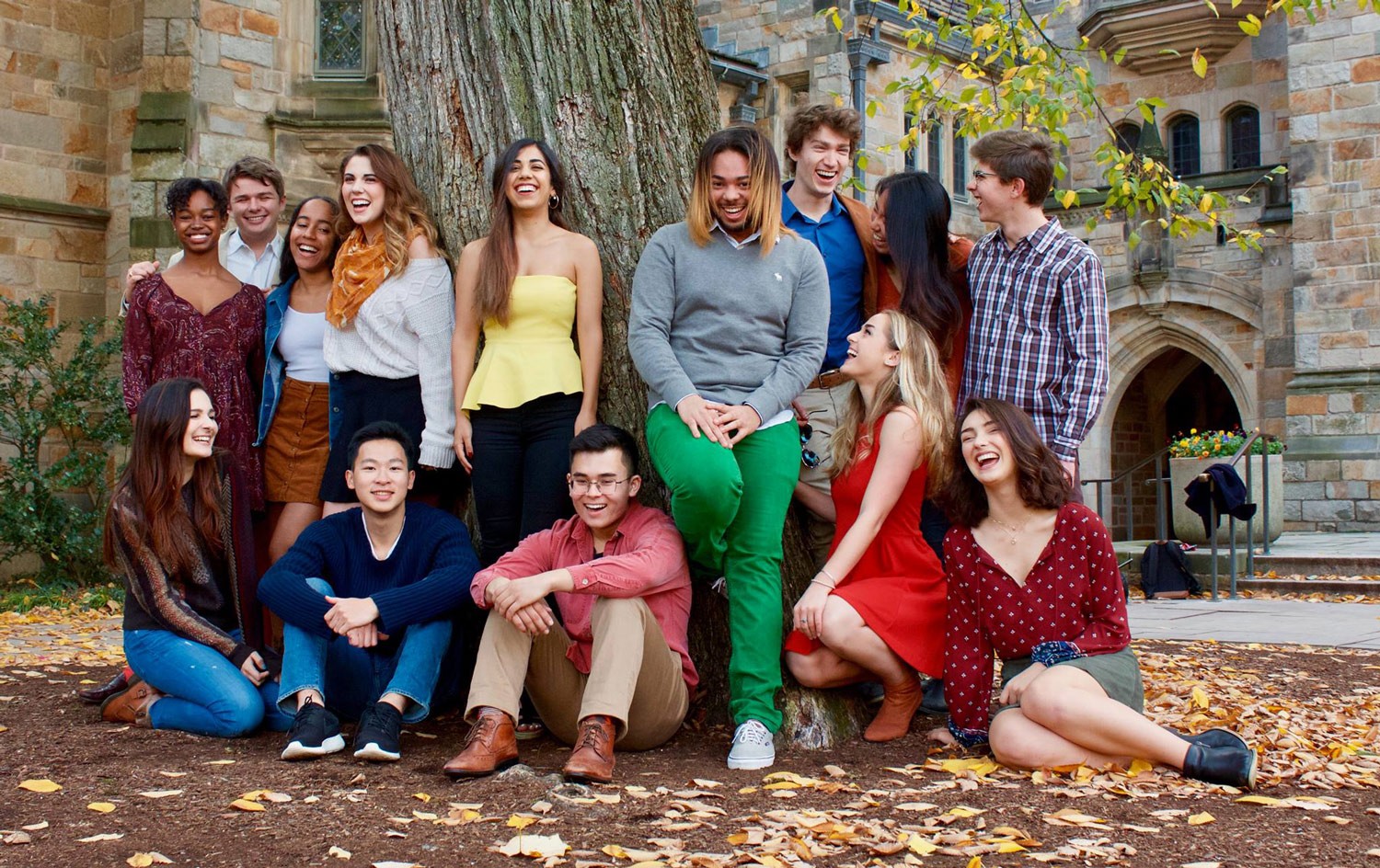 Yale University’s oldest all-gender a cappella group was founded in 1977 and is named after a musical by a revered alum and former president of the glee club: Cole Porter. Since those days, Redhot’s become a traveling affair, touring three times a year and peddling unaccompanied interpretations of Porter’s own tunes and other jazz standards from the Great American Songbook, peppered more recently with covers of spiritual and gospel works and percussive takes on Britney Spears’ “Toxic” and Cherry Poppin’ Daddies’ “Zoot Suit Riot.” This year, the group’s chosen to follow up its 2017 tour of Paris with some time in Arkansas in January (oof, sorry about that), and our ears will be the better for it. If you’re a loyal Pentatonix fan or are just curious what a wholesome, 15-voice version of “Hit the Road, Jack” might sound like, this isn’t a bad way to spend a Tuesday night.