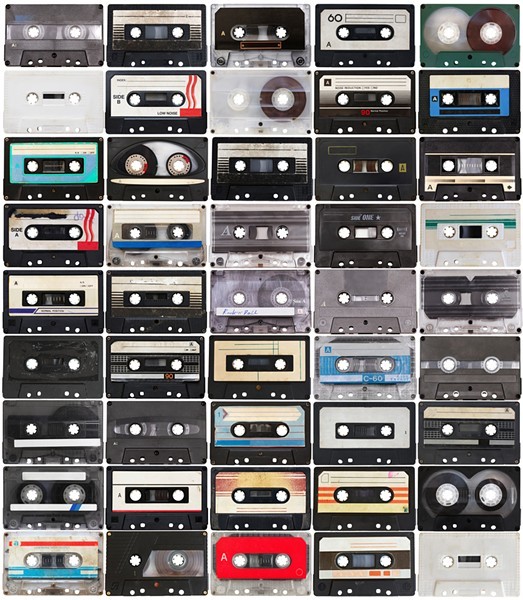 Think of each night of the Arkansas Times Musicians Showcase as a mini-festival: four or five bands, sometimes vastly different; beer; decent breaks between sets to chat. All for $5. In last week’s second round, the Couch Jackets, a funky, tight and melodically driving band out of Conway, won. In honor of their win, I’ve been listening more to their album “Sayonara Oblongata” (and a lot of the youthful song “Tear Stained Floral Shirt.”) In trying to come up with a way to define their sound (maybe Real Estate jamming before a set with better bass?) I found this definition on the band’s bandcamp page: “sounds like an alligator’s eating us,” they write. OK, cool, that works. You can hear them when they join The Rios in the finals at The Rev Room on Friday, March 9. For this, the penultimate round, Sabine Valley, Fiyah Burnz, Crankbait, All the Way Korean and Deep Sequence will compete. Maybe the names give a hint to the sounds: Sabine Valley is a valley — specifically a river valley — in New Zealand covered in “tranquil beech forests,” according to the tourism website. Crankbait is the name for a lure, typically bass, used in shallow water. Fiyah Burnz also goes by Teddy Buckshot — making him both the hero and villain in the greatest Western movie never made. Deep Sequence is the name of some process — some deus ex machina — at the end of the next Transformer movie. And All the Way Korean: An Olympics reference. Band names are great. Hearing bands is even better. See you at the Showcase. JR

DEMO TAPE, the bandcamp demo tape for the band Dog Prison, begins with the song “Dumpster Dream Girl.” I can’t understand the lyrics to it, but I get the point. It’s loud, distorted, generally of the “sonic tornado of noise” variety, but still with that beautiful, almost snuck-in, punk-rock melody giving the song a spine. The band self-describes its composition as: “brie-bass/woof, dylan-boom/bap, emily-screaming and moaning, elgin-shitty at guitar.” I disagree. Elgin is pretty good at guitar. Emily is screaming, moaning, but sometimes sings. Dylan’s motto should include some verb about cymbals (maybe “crashing?”). For Brie: dead on; sweet woofing and bass-ing. Overall, should be a fantastic live show. JR 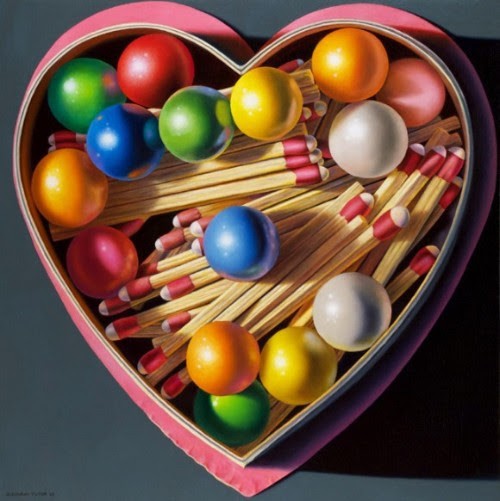 Greg Thompson Fine Art, 429 Main St., is busting out the bubbly Friday in celebration of its 23rd anniversary in Argenta for the monthly after-hours gallery walk. The gallery, which represents Southern artists, will show new work by artists in its stable, including Glennray Tutor, whose work “Heart Shaped Box — Light My Fire” will be on exhibit in celebration of Cupid’s week. Tutor is in good company: Painter (and Central High School art teacher) Rex DeLoney’s mixed media exploration of the Brotherhood of Sleeping Car Porters, the freed slaves hired to work in Pullman Cars, is on exhibit at the Argenta Gallery, 413 Main St., and StudioMAIN has the AIA Arkansas Design Award boards on display in the adjoining space. The Laman Library’s Argenta Branch, 420 Main, continues its exhibition of photographs by Gary Cawood. The Thea Foundation, 401 Main, continues its The Art Department show, “Yang Luo-Branch: The Art of Place in Arkansas.” Core Brewery, 411 Main St., has a sports-themed show, “The Games We Play,” and impressionist works by former Razorback defensive end Barry Thomas are on exhibit at his gallery at 711 Main St. Mugs Cafe continues Chris Massengill’s “Sock Monster Problems.” The Arkansas Regional Innovation Hub (off the beaten path at 204 Broadway) will open its studios to the public. Your art-walking done, head to The Joint Theater & Coffee Shop for the two-act comedy, “Grandpa Hasn’t Moved in Days” ($24, curtain at 8 p.m.). LNP

It’s not as if you needed a political reason to come enjoy this mixed repertoire performance from the state’s premier ballet company. The dancers are incredibly disciplined and versatile, and the sequences from resident choreographer Kiyon Gaines look super flashy in the company’s promotional material for this show — dancers in pale, willowy gowns with dark rings around the hem, the sweeping motions of which accentuate the fluidity of extended fingers and calves. But, if you needed another reason, attending “Tour de Force” would be a hell of a fun way to join former Miss America Savvy Shields and a legion of others in sticking it to state Sen. Bart Hester (R-Cave Springs), who, last week, tweeted a photo of a UA Little Rock billboard advertising the school’s dance major, adding the following caption: “Why higher ed does NOT need increase funding. They lease a sign to encourage computer science degrees or math teachers? No they push for dance majors. Lots of hardworking Arkansans subsidizing this! Not ok, @UALR.” Not ok, @Bart Hester. And, since your re-election depends on the opinions of the constituency in a blossoming, increasingly diverse Cave Springs — now home to the hip new Cave Springs Coffee Co. and surrounded by bike trails, world-class art museums and a fancy chocolate shop — might we suggest some reading material to help you navigate your way among the forward thinkers? Legendary dancer Twyla Tharp’s 2009 book, “The Collaborative Habit: Life Lessons for Working Together,” should do nicely. SS 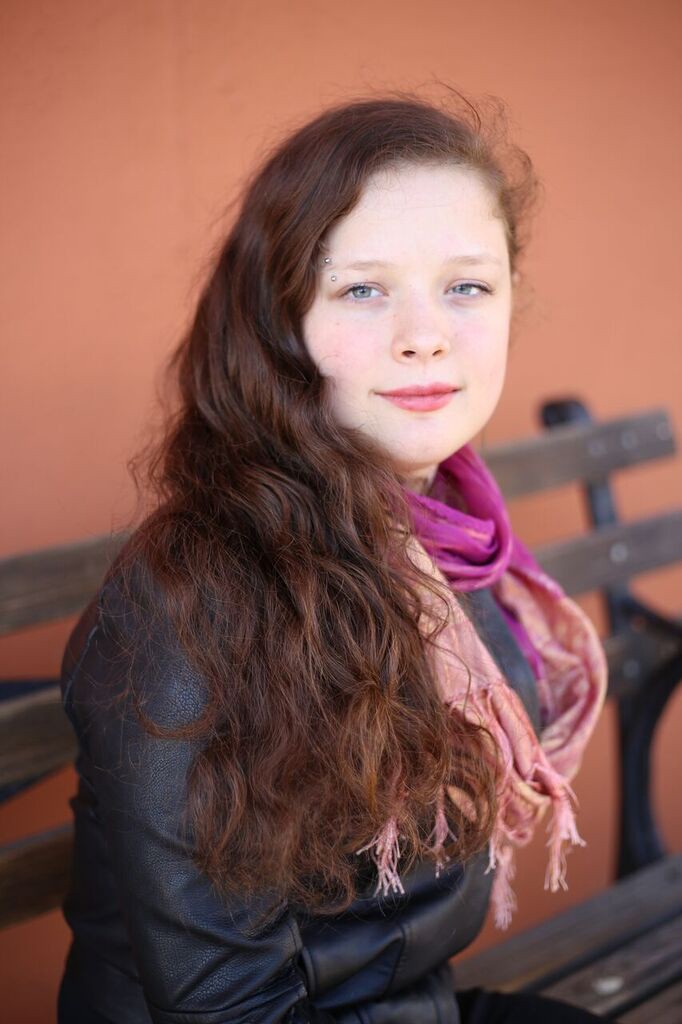 When asked by the Adroit Journal what, if anything, she fears writing, Molly McCully Brown replied that “the thing that seems scariest to me right now is writing very clearly and unblinkingly and directly into my own individual experience, and so that’s what I’m trying to do.” She’s made quick work toward that. Brown is in Little Rock as the inaugural Jeff Baskin Fellow at the Oxford American, working on her first book of nonfiction. She says the book “explores the relationship between the body and that intangible other we sometimes call the soul.” She’s also co-writing, with Susannah Nevison, a collection of new poems. Her poetry has been celebrated of late: Her book, “The Virginia State Colony for Epileptics and Feebleminded: Poems,” was named among the best in 2017 by The New York Times. She received a United States Artist Fellowship — getting $50,000 in unrestricted funds — to continue writing. The fellowship excerpted, in the announcement of her award, her poem “Labor”: “You come back on a truck after sunset, raw and ragged, covered in flour, tobacco, or clay. You come / back bone tired and bruised, burned dead out and ready to be shut away. / You sleep. / I know all this from stories. I do not have the body for it.” JR 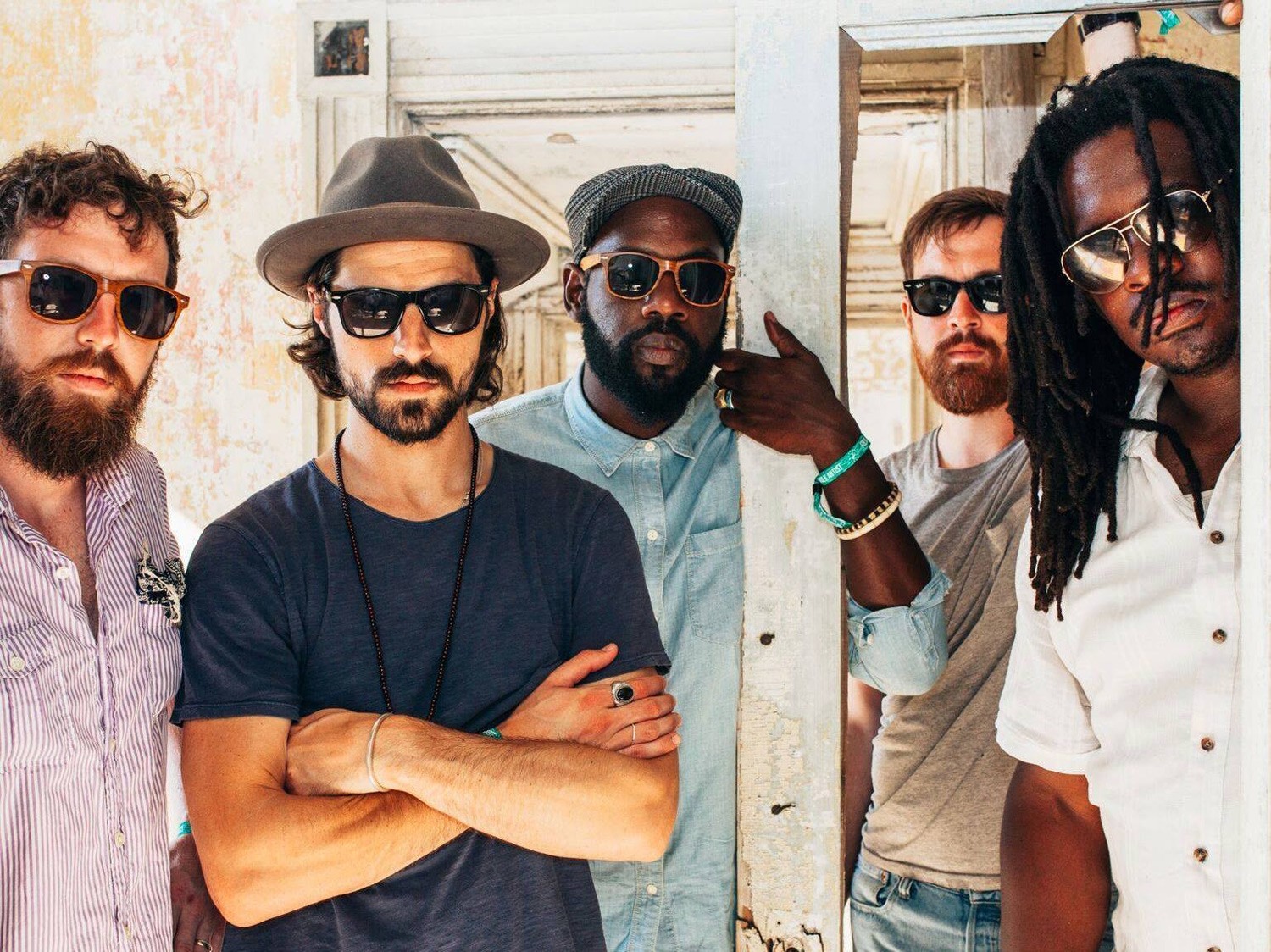 Understandably, the hearts of many flutter at the words “new Amasa Hines album.” The band’s expansive, euphoric live shows and its 2014 record “All the World There Is” built those palpitations from scratch (and sweat) over the last seven or eight years, and it’s been teasing them out with murmurs of a new project in the works. Here, the “Psychedelic Afro-Futurism” sound, alternately trickling and tsunami-ish, fills the Rev Room ahead of the #newrecord the band’s Instagram feed portends. SS 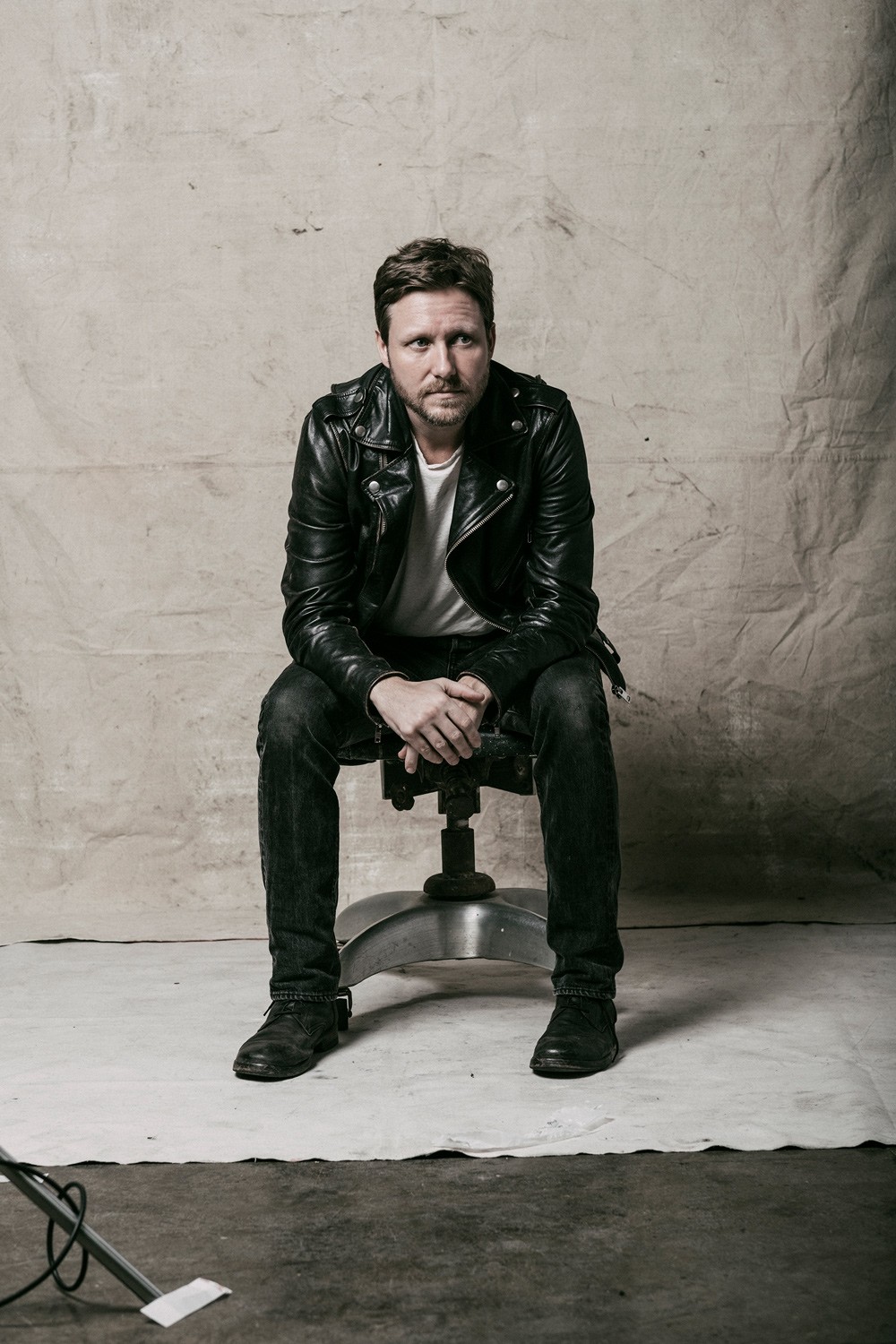 Maybe the name’s familiar, but it’s taken you a while to cross off “check out Cory Branan” on your list. Fret not; the clever songwriter’s latest, “Adios,” is as good a place as any to pick things up. “Imogene” is like a smarter cousin of a Van Morrison deep cut, and add “Another Nightmare in America” to the growing list of artistic rebellion against patterns of police brutality and gun worship: “We’ve hollowed out our bibles to hide our golden guns / We’ve raised a silver gallows in the jewelry of your sons … / Look away, hey you there — are you even supposed to be here? / We don’t need a reason, keep your dreams where we can see them.” SS 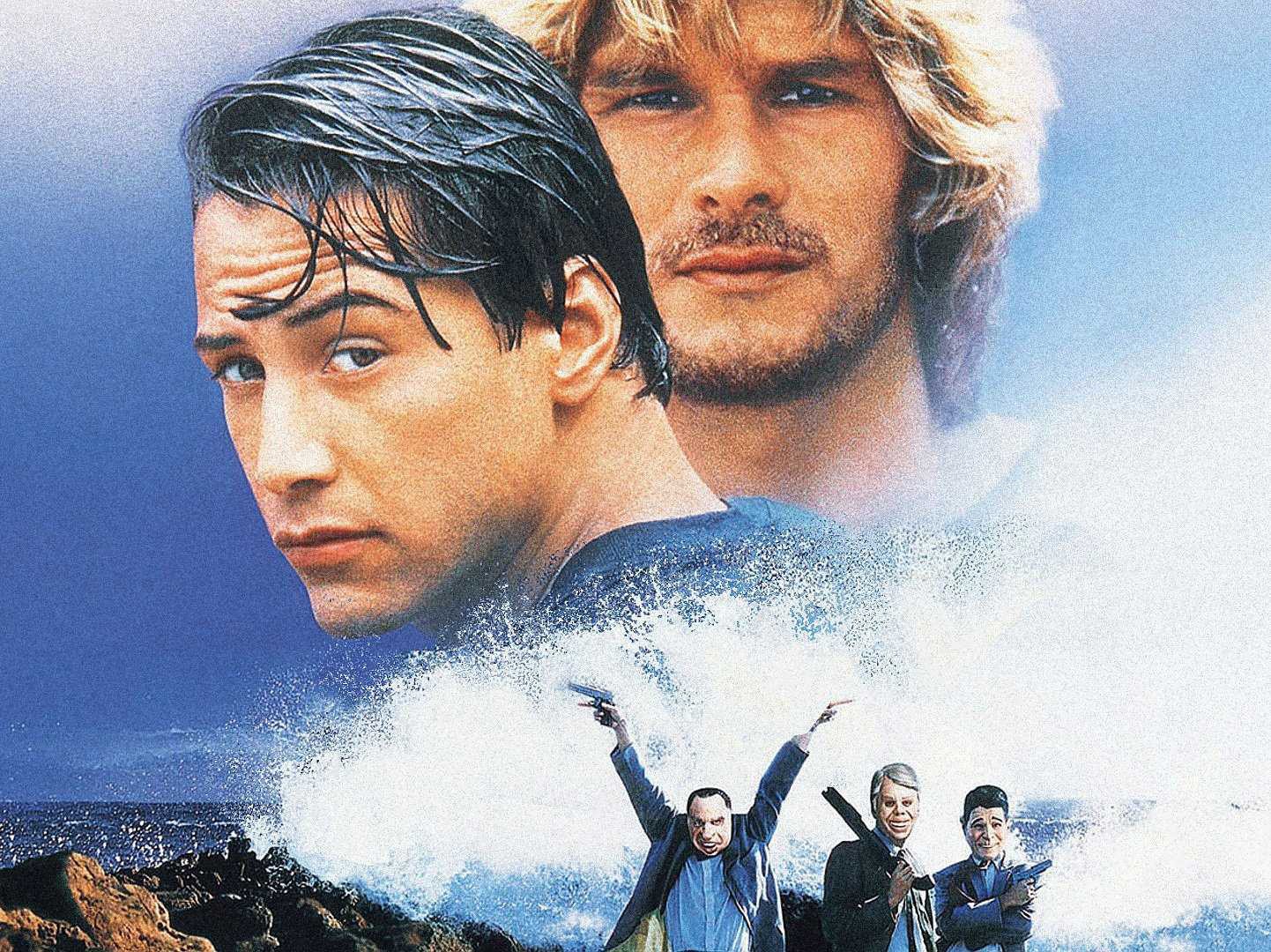 Even if you haven’t seen “Point Break,” you’ve likely felt its outsized presence. You know the perfect action movie name Johnny Utah (played by Keanu Reaves, with a fitting backstory of being a rookie FBI agent character and former quarterback at Ohio State University). Perhaps, when Kathryn Bigelow won the best director Oscar for “The Hurt Locker,” your friend nudged you and said: “Wait, the one from ‘Point Break’?” And you’ve certainly seen what’s now become a trope in other heist films, the gang of robbers wearing the masks of former presidents — in this 1991 classic they’re Ronald Reagan, Richard Nixon, Lyndon B. Johnson and Jimmy Carter. “Point Break” became a model. It’s not Oscar-excellent or art house excellent. It’s “I’m home at 2 p.m. on a weekend and some cable channel is playing ‘Point Break’ so I’m going to sit here and watch it and damn I love this movie” excellent. It’s a classic ’90s cable movie. And it spawned a generation of them. Which is fitting. The term “point break” refers to, in surfing, when waves hit against an object jutting out from the coastline. Waves break and collapse onto shore in various ways (there are dozens of “breaks”). The point break is special because a single fixed point (an object jutting from the coastline) is smashed by water and provides what is often considered the best waves for surfing: long, tunneling channels of water that multiple people can hop on again and again. And so, now ramping back up to my point here, the singular points of “Point Break” have been used often to create the same movie in its image: hot shot young law officer, rebellious gang of criminals who may have a point about our messed-up society (don’t miss the political point of those masks!), sexy men like Pat Swayze and Keanu Reeves, cool action sport plugged into action movie. As the Arkansas Times’ films series explores the “heist” film as a concept over these next months, it’s impossible to ignore the influence of “Point Break.” It’s a big mountain in the water, creating tons of incredible waves. JR 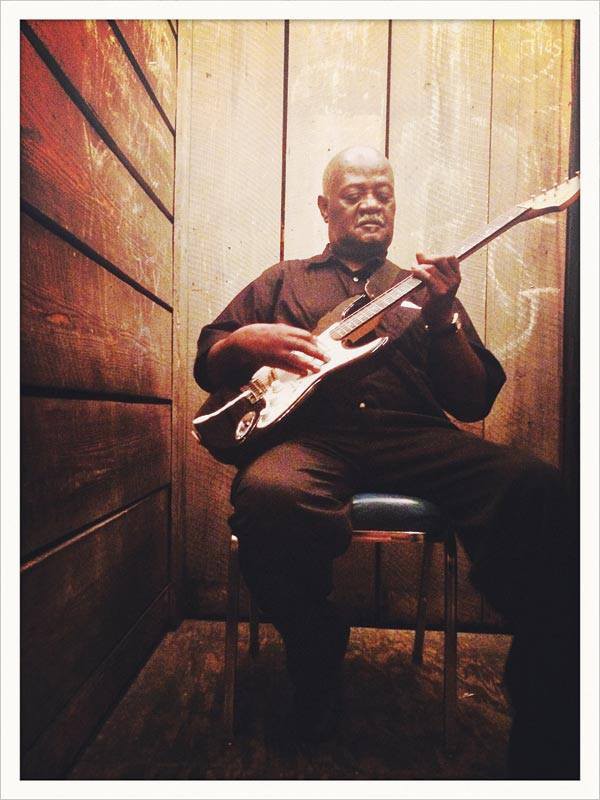 If you hang around blues jams at Thirst N’ Howl or the White Water Tavern long enough, Charles Woods is liable to turn up. People may lean in knowingly toward their neighbors, noting that he played with The Staple Singers and Freddie King. Like a handful of top-notch guitarists in the area — Greg Spradlin and John Davies come immediately to mind — Woods’ talent is bigger than the credit he gets for it. He’s front and center for this concert, one of fellow bluesman Trey Johnson’s picks for the February chapter of South on Main’s “Sessions” series. SS