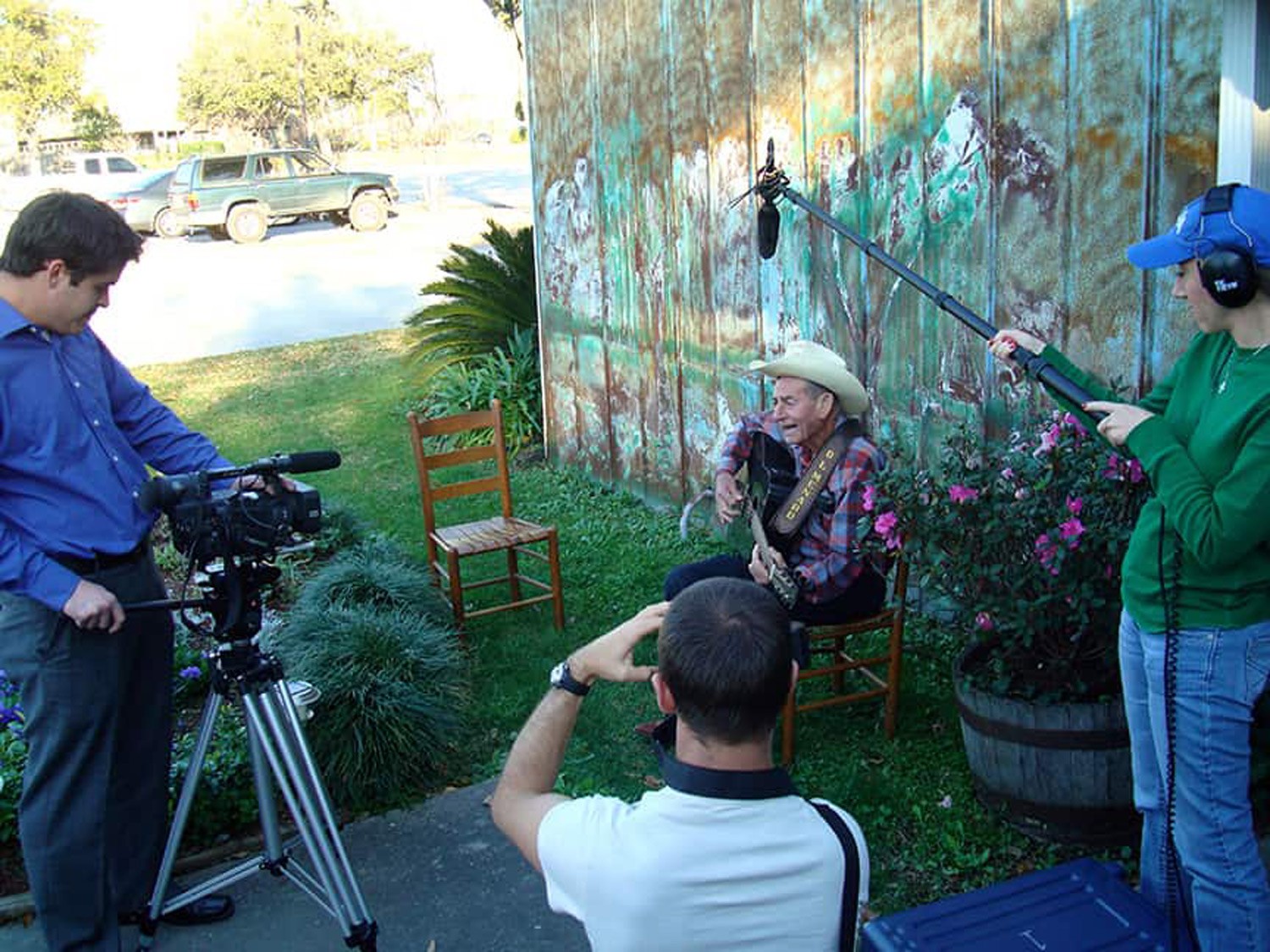 This three-day festival of music, dance, film and living history in Quapaw Chief Heckaton’s stomping grounds celebrates the confluence of Pine Bluff’s multicultural history stemming from the region’s French, Quapaw and African-American roots. Kicking things off Thursday is a screening of the film “First Cousins: Cajun and Creole Music in South Louisiana” by Arkansas State University Heritage Studies professors (and sisters) Moriah Istre and Elista Istre; they head a panel discussion after the screening (6:30-8:30 p.m.). On Friday, the Brian Austin Band, Detroit Johnny and Milt Jackson & friends will perform as the festival pays tribute to musicians with ties to Jefferson County — “Big Bill” Broonzy, Sippie Wallace, Miles Davis and Bobby Rush (6:30 p.m. to 8:30 p.m.). The Quapaw, who lived briefly in historic Pine Bluff before being shoved west by land-greedy white folk, enter the picture Saturday with demonstrations of dance, traditional crafts and foodways (10 a.m. to noon). Then, the living history group “Voices in the Past” will act as prominent African-American artists, musicians and business people of Jefferson County; the program draws from WPA slave narratives as well (1 p.m. to 3 p.m. Saturday). (Educators can earn credit; register online through the Arkansas Education Services Cooperative or at ASC by calling Leonor Colbert at 870-536-3375.) LNP 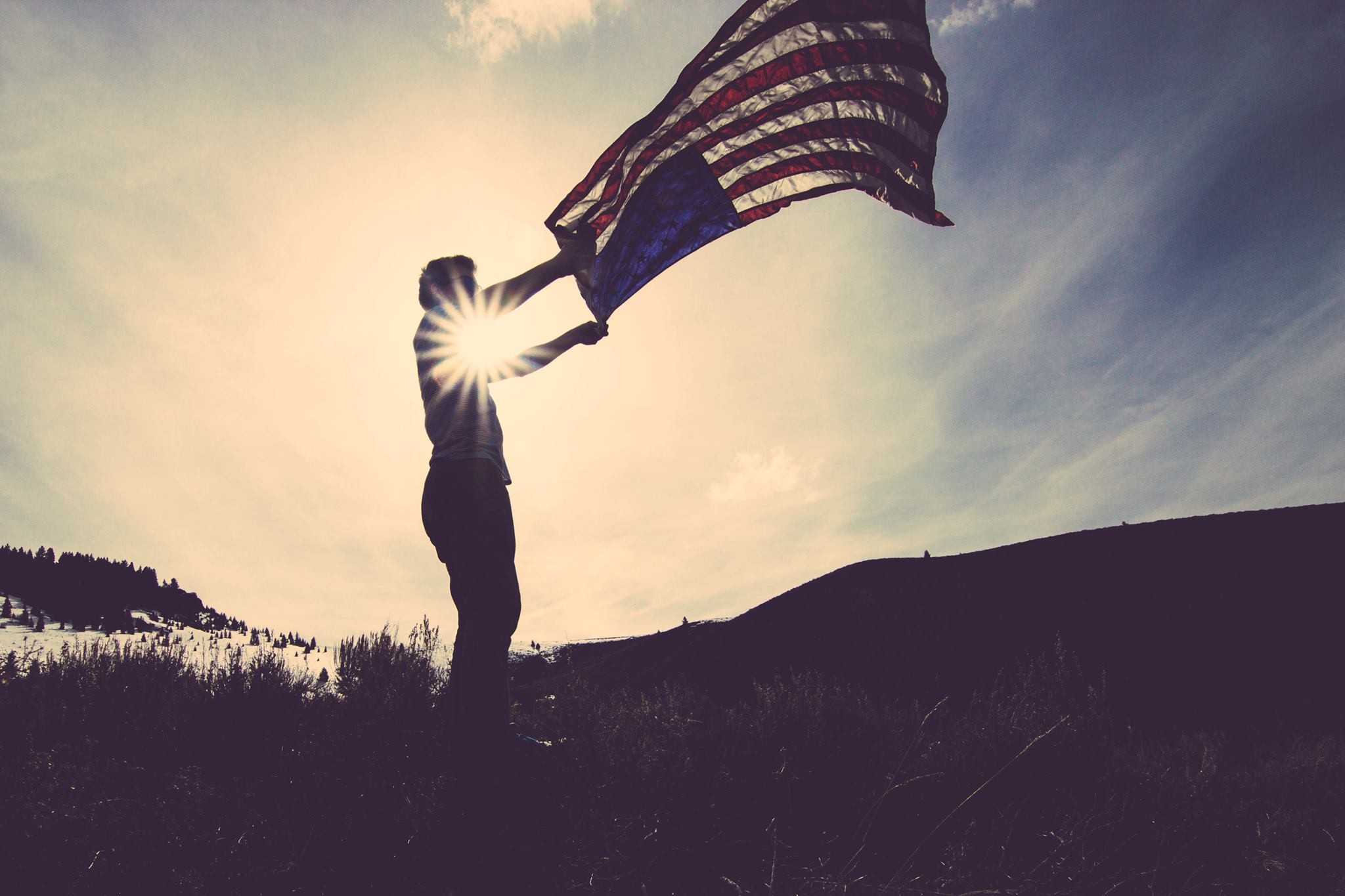 Though it seems like a lot of the folks who voted for Trump want to forget or deny it, America has always been a nation of immigrants, taking in all dreamers with the courage to surge over the deserts, wastes or waves to find their way through the great golden door of opportunity and safety this country has represented for millions since soon after its founding. Storytelling collective The Yarn will celebrate that immigrant heritage this week with “Home: True Stories of Immigration.” The show will feature storytellers relating personal tales of immigration from Mexico, Colombia, Ethiopia, Italy, Panama and Puerto Rico. It’s sure to be a moving night of storytelling, and especially poignant given the current occupant of the White House and his racist, anti-immigrant minions. Doors open at 6:30 p.m. Advance tickets ($10) can be purchased online at theyarnstorytelling.com/shows. DK

In 1935, composer William Grant Still — the man we now call the “Dean of African-American composers” — took a train trip through Kentucky. By this time, Still had earned a Guggenheim Fellowship and was composing music for film in Los Angeles, with his famously bluesy “Afro-American Symphony” five years in the rearview mirror and his rearing in Little Rock and Mississippi even further behind that. So, it’s no wonder a train ride through The Bluegrass State sparked Still’s imagination, and the notes he took on that train ride became “Kaintuck,” a mysterious tone poem for piano and orchestra that slides around between verdant and icy over its 11-minute play time. “Kaintuck” is to be played here by the Little Rock Wind Symphony with Linda Holzer at the piano. The program is, partly, an homage to Little Rock composers, and therefore probably worth hearing on scholarly merit alone, but Still’s concerto — along with pieces from Little Rock composer Steven Bryant (b. 1972) and pieces from non-Little Rockers Tchaikovsky (“Capriccio Italien”) and Floyd Werle (“Ellington Portrait”) are likely to be lent a warmth in the concert hall by the LRWS and the third conductor in the ensemble’s quarter-century history, Israel Getzov. SS 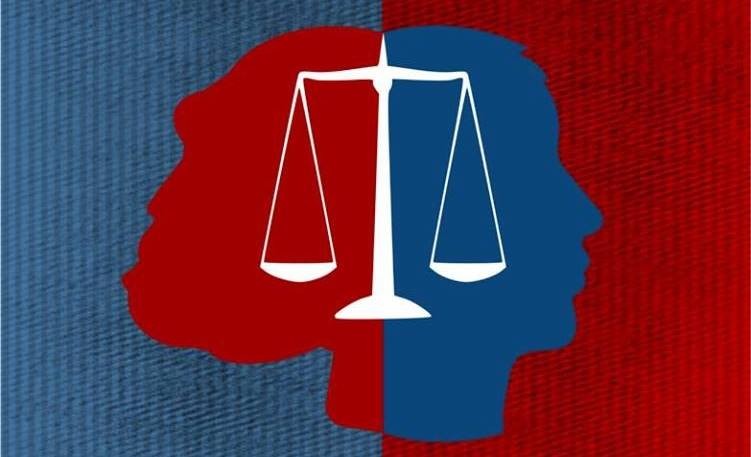 In 1925, a Tennessee teacher was convicted for teaching Darwin’s theory of evolution, and thanks to the drama “Inherit the Wind,” John T. Scopes’ name has come to represent all efforts to deny science in favor of a Bible-thumping insistence that God created Adam and Eve, no questions asked. In Arkansas, we had our own monkey trial 43 years later, when in 1982 a law signed by Gov. Frank White that required schools to give equal weight to Genesis as evolution science was successfully challenged in federal court. Testimony at the trial was a source of much hilarity, but the fact that there are still efforts in the U.S. to halt scientific study — which, as the subtext of “Inherit the Wind” indicates, is really more about politics than religion — is no laughing matter. State Rep. Mary Bentley (R-Perryville) introduced a bill in the waning days of the 2017 that would have allowed public school teachers to teach creationism and “intelligent design.” Byron Taylor directs. LNP

Bonnie Montgomery pulls off a heist on her new album “Forever.” It’s done covertly, playing out over the four title tracks — “Forever (Intro),” “Forever (Interlude),” “Forever (Instrumental)” and “Forever” — on the 11-track record. By the point of “Forever (Instrumental),” you’ve settled into these country songs sung unusually well. Maybe you’ve read about Montgomery; the Searcy-born singer’s operatic training and her famous opera about Bill Clinton get play in the first line of most articles about her. So when the instrumental begins with a slow running of the hand down an acoustic guitar, you wonder: “What is that sound? Where do I know that from? Is it Italian?” You’re close. These songs have had Italian inspiration. In the words of our own Stephanie Smittle, Montgomery has throughout taken the “strange bedfellows” of bel canto and honky-tonk beyond holy matrimony into “complete, chemical fusion” on the album. But that instrumental, that strum down the guitar, at the start of a desert ballad — what is that noise from? It’s not operatic. I played it five times in a row to figure. It was not until I closed my eyes … and then, on the sixth time playing “Forever (Instrumental)” I saw it: The sheriff walking into town, gun at his side, the sand, the horses, Clint Eastwood, Sergio Leone. Bonnie Montgomery stole back the spaghetti Western. This cultural jousting gives “Forever” a narrative flow as an album — a tense battle throughout. So, I hope during the show she plays the album right through. Because when she finally gets to the last “Forever” it’s like a quick draw at high noon. JR 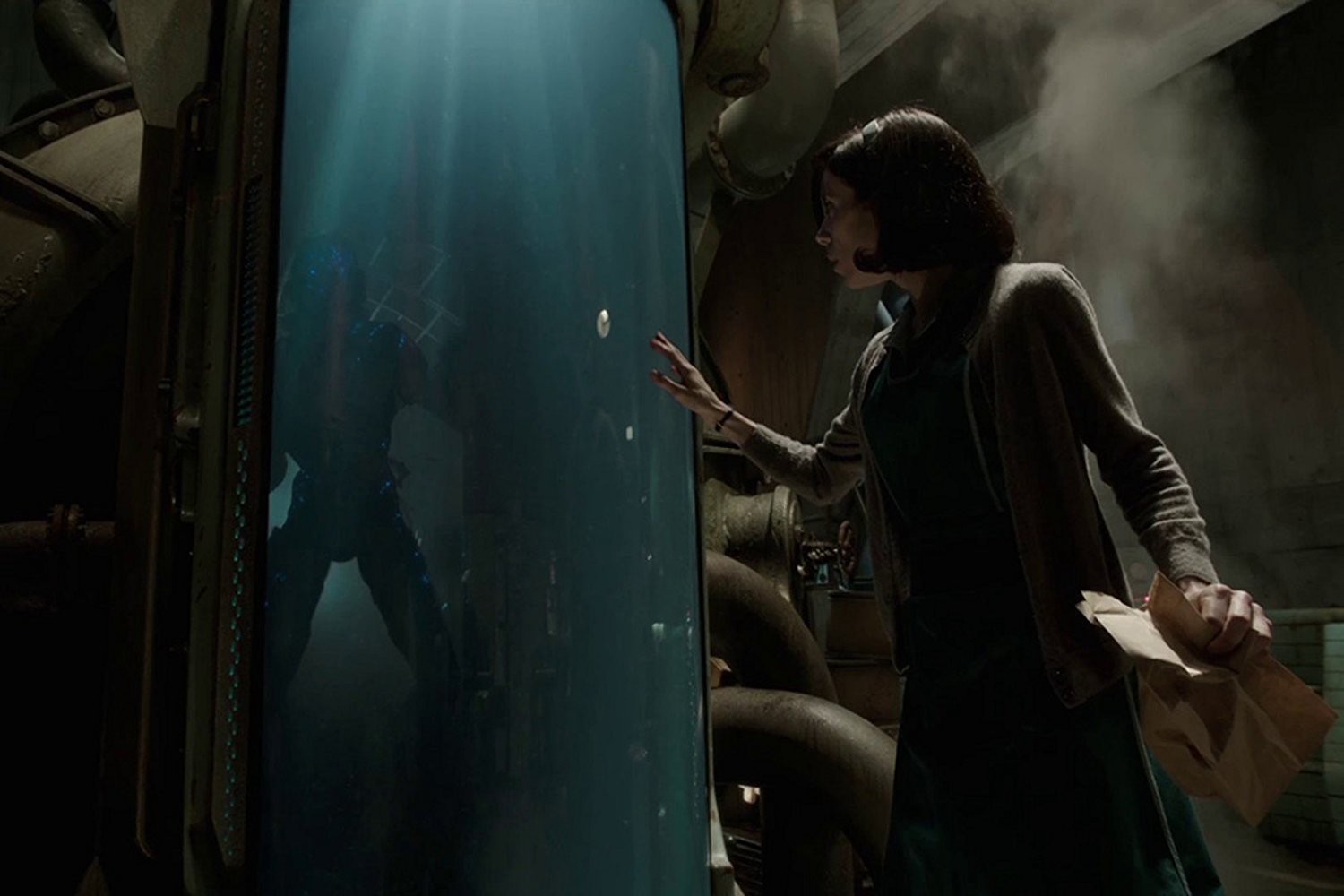 Ever since they expanded the number of Academy Award Best Picture nominees a few years back, it’s been a little hard — both in terms of time and on the pocketbook — to get around to seeing all the films up for filmmaking’s biggest annual prize. Never fear, however, as Regal Cinemas and Breckenridge Stadium 12 theater have you covered with a weeklong minifestival featuring all nine of this year’s Best Picture nominees for one money. Only $35 scores you a festival pass to see them all, from creepy Caucasians in “Get Out” to fishy fornication in “The Shape of Water,” from Nazi-fighters in “Dunkirk” to Nixon-fighters in “The Post.” That’s just $3.88 per film! You’re not going to get a better deal than that, movie fans. Four films will be shown every day from Friday, Feb. 23, to Saturday, March 3, and two on Oscar night, March 4. Hit the festival website at regmovies.com/promotions/best-picture-film-fest for tickets and show times. DK 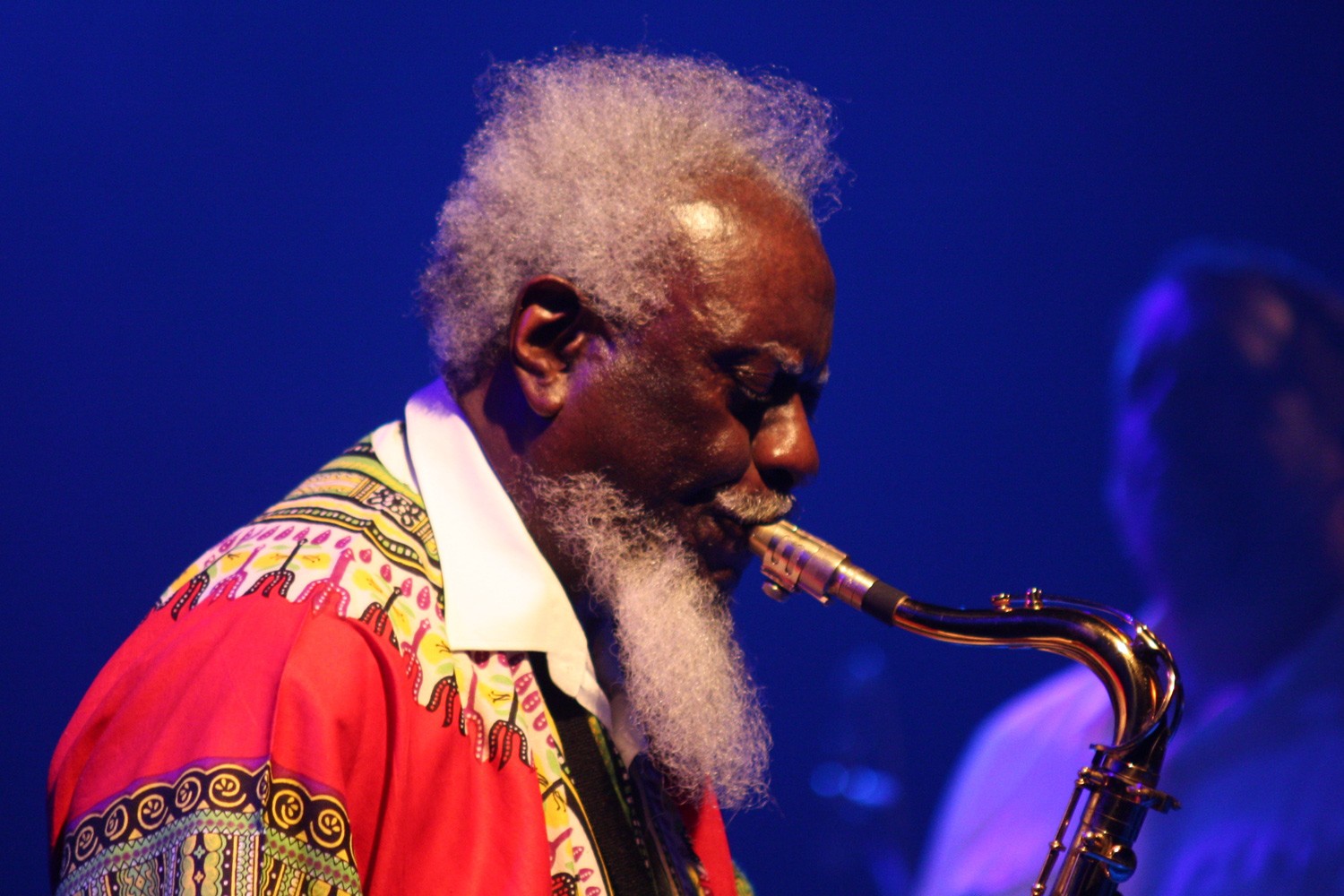 My favorite piece of Pharoah Sanders folklore is that as a teenager — after having recently switched to the saxophone after dropping his church clarinet — Sanders wore dark shades and a fake, drawn-on mustache to worm his way into Little Rock nightclubs. That, on its face, is very funny. You can see the young man, yes? It’s even better in context. Because after band director Jimmy Cannon (Sander’s mentor) left his job at Scipio A. Jones High School in North Little Rock, the school district asked Sanders to fill in. Imagine: the young Sanders, a teenager, band director by day and jazz man by night. It was the 1950s. Within 20 years he’d helped redefine jazz. It’s the perfect prologue for a legend — that young man in the nightclub. And legend is the right word. Sanders played with Sun Ra and Coltrane and may be the greatest tenor saxophone player of all time, or at least one of the most influential. He’s of mythical proportions. Encyclopedia.com calls him magical: “A master of multi-phonics, or split tones, Sanders could play multiple notes simultaneously,” it says. “He was famous for his circular breathing, whereby he filled his sax with air and removed his mouth while the instrument continued to play on its own.” Play on its own! Two notes at once! All hail! Yet, as Will Stephenson wrote for the Arkansas Times in 2014, Sanders’ relationship with his hometown has been complicated. Though he went by the nickname “Little Rock” for years in Oakland, Calif., no one much calls him a “Little Rock legend.” He’s been honored here often — even though some still say, “Really? He’s from Arkansas?” — and will be again this Saturday. It’s a free performance, but you need to reserve seats. Getting in may be tricky; if you can’t get past the bouncer, maybe try the glasses and mustache trick. JR 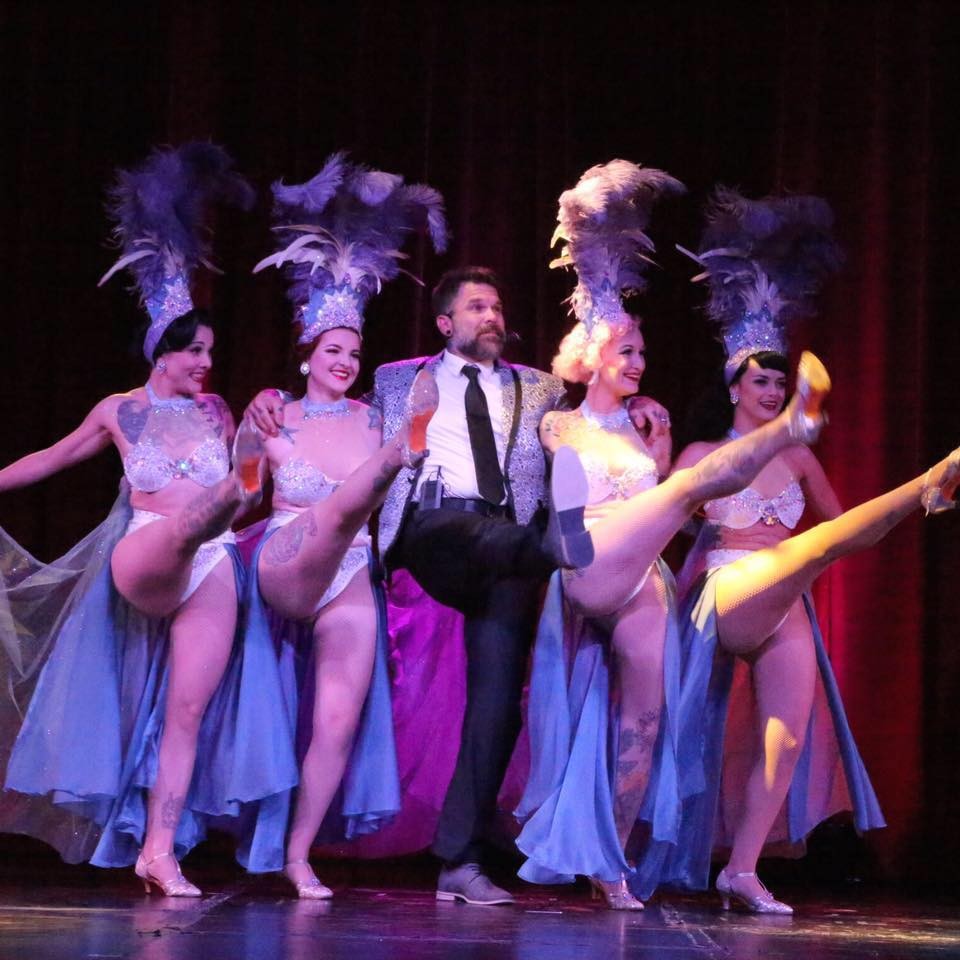 For people of a certain vintage, it’s still a little surreal to think that the 1990s — the decade that brought you Grunge, Generation X and Bill Clinton as the world’s most famous fellatee — ended almost 20 years ago. If you’re a refugee of that bygone age and a fan of burlesque, however, there’s good news, in the form of Hot Springs burlesque troupe Foul Play Cabaret’s salute to the 1990s. As you might expect, the show will feature the talented ladies of FBC showing ever-more-tantalizing skin, stripping out of costumes inspired by the era while accompanied by some of the biggest hits of the ’90s, hits that we hope don’t include “Achy Breaky Heart,” Hanson’s “Mmmbop” or anything by Limp Bizkit. Some things are better left in the past, even when there’s nearly nekkid people to take your mind off of them. The troupe will be joined by drag performer Karma Kouture. Doors open at 8 p.m. Space is limited and the Foul Play shows often sell out by the night of show, so call Maxine’s at 501-321-0909 to reserve a table. DK 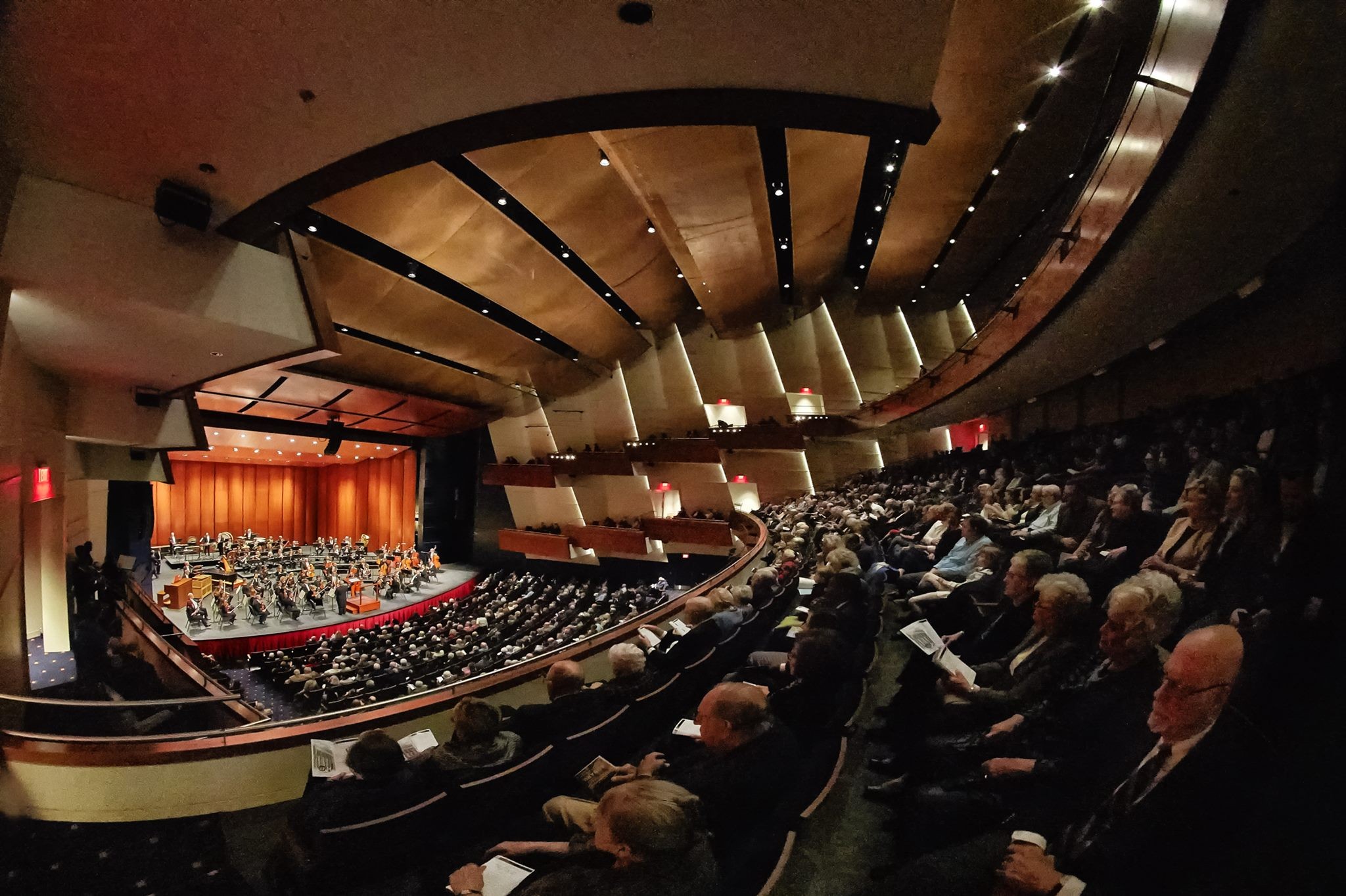 In an interview with science reporter Loren Grush just before the launch of SpaceX’s Falcon Heavy earlier this month, science advocate and TV dignitary Bill Nye said this: “There are questions, Loren, that we’ve all asked. ‘Where do we come from? How’d we all get here?’ and ‘Are we alone in the universe?’ And if you want to answer those two questions, you have to explore space.” Though they didn’t have a floating Tesla to fuel the imagination, it was undoubtedly those same questions that prompted post-minimalist darling John Adams to pen the relentlessly tense “Short Ride in a Fast Machine” in 1986, Richard Strauss to write “Also sprach Zarathustra” — the musical moment that cemented Kubrick’s 1968 “2001: A Space Odyssey” into clear memory — or Gustav Holst to slide full-on into an astrology phase, during which he wrote the now-iconic “Mars, The Bringer of War” (“Star Wars” fans, you’ll find the roots of John Williams’ “The Imperial March” here), “Jupiter, The Bringer of Jollity” and the rest of “The Planets” suite. All of those dazzling pieces go up on stage, with images from NASA’s archive projected on a high-definition screen behind Conductor Philip Mann and the Arkansas Symphony Orchestra. If that pairing doesn’t leave you planning a massive party for the 2024 eclipse, or stupefied that there is a Tesla in space that has exceeded its 36,000-mile warranty 700-plus times over, I’m not sure what will. SS