This old gangster hangout on Bathhouse Row, est. 1905, hosts a free jazz show every Thursday night in the same halls trod by Al Jolson and Al Capone. This week, that concert features Lexington Porter, the grandson of the late Art Porter Sr. and the nephew of Art Porter Jr. — both Arkansas jazz virtuosos in their own right. Lexington has become known for coaxing sophisticated improvisations from two instruments we don’t often get to hear in a jazz context: violin and mandolin. Check out the footage of Porter from the Arkansas Black Hall of Fame’s 25th anniversary celebration in 2017, in which I’d swear there’s a melodic reference to the theme from “Inspector Gadget” just after the two-minute mark. Porter is backed by the seasoned Clyde Pound Trio: Pound on keyboards, Byron Yancey on upright bass and Patrick Chan on drums. SS

For fans of “The Moth” storytelling series who find themselves thinking, “I could totally do this,” well, here’s your shot. The Potluck and Poison Ivy series is taking a break from its features on insightful poets and writers like Beth Ann Fennelly and Molly McCully Brown, instead holding an open mic of sorts wherein the bravest amongst us can throw their names into the StoryShare hat for a chance to tell an audience about that time when a disagreement over cake flour escalated to an altercation and, eventually, fisticuffs, upending what was otherwise a lovely Mason jar-lit backyard wedding. Arkansas Symphony Orchestra violinist Katherine Williamson, violist Ryan Mooney and cellist David Gerstein — the ARtriTrio — entertain. Get details and tickets at potluckandpoisonivy.org. SS 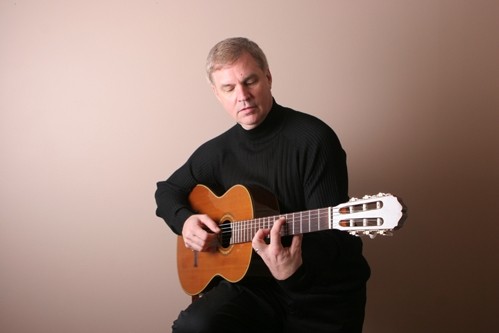 There’s a great jazz tune by an upright bassist named Jay Leonhart titled “It’s Impossible to Sing and Play the Bass.” With dexterity and finesse that lends the song its irony, Leonhart details the many things that can go wrong when the rhythm section puts their mouths to a microphone: “You see, the bass is fretless, it’s not like a guitar/Bass, you spend your whole life wondering where the hell you are/ To remember lyrics, melodies, bass lines and chords/Is no less a miracle than the Lord’s.” The song came to mind thanks to jazz bassist/singer David Higginbotham’s new release “Blues on the Corner”; in addition to Leonhart and Higginbotham’s rather obvious similarities, Higginbotham’s work with the Bob Boyd Sounds (and with Arkansas jazz wizards like Clyde Pound, Chris Parker, Joe Vick and Brian Brown) shares Leonhart’s penchant for sweet humor and hidden downbeats. With “Blues on the Corner,” he and jazz cohorts Chris Parker, Brandon Dorris and Paul Stivitts have mashed up original tunes with jazz standards — some to which Higginbotham has added lyrics — and an ultra-mellow cover of an undersung tune from fellow Arkansan Bob Dorough, “Love Came on Stealthy Fingers.” SS

If Thursdays have become the new home for assigned-seating, highbrow-leaning shows in Little Rock, consider this the antidote. Fiscal Spliff — a Russellville-bred rock outfit with occasionally frenetic passages and a freewheeling Southern rock guitar sound — performs, along with Headcold, a Conway noise rock trio that mashes up punk aggression with a proggy sensibility for rhythm; and Brother Andy, the warped but nevertheless balls-to-the-wall, solid project from Andy Warr that covers the territory between hobo camps and coyote love songs. SS 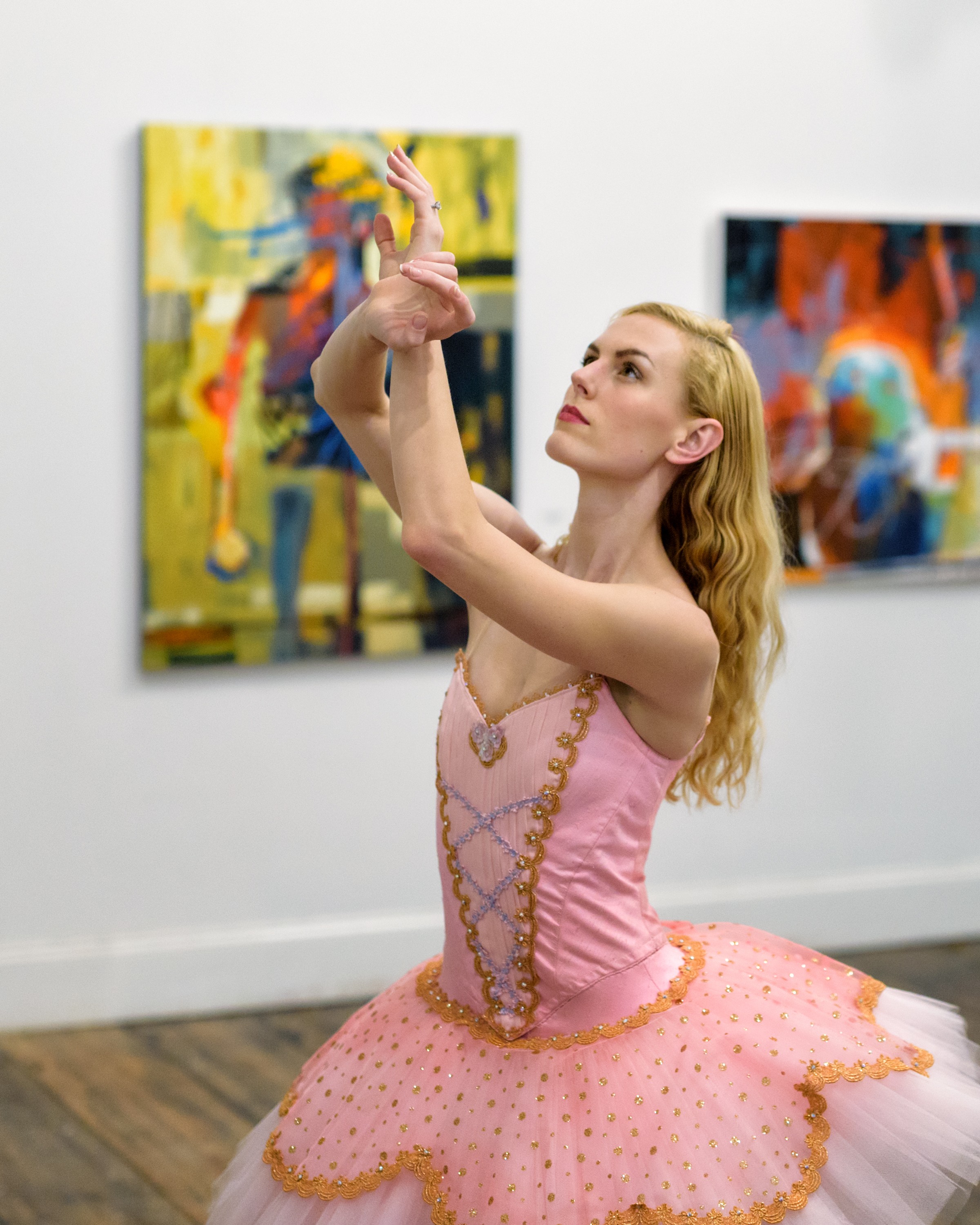 The elegant beauty of the dance and dancers has been a subject for artists since Edgar Degas took his pastels to the Palais Garnier. Now, thanks to collaboration between Ballet Arkansas and Matt McLeod Fine Art, dancers in the flesh and on canvas and in sculpture will combine for “Art Movement,” at McLeod’s gallery, which connects to Ballet Arkansas’s studios at 520 Main St. McLeod and Ballet Arkansas directors Michael and Catherine Fothergill began work on the event last August, when they invited artists to the dance studio to draw, paint and sculpt while dancers held short poses. On Friday, “Art Movement” celebrates art in motion with a performance by Ballet Arkansas dancers at 6 p.m., an exhibition of artworks by Emily Wood, Sarah Creasman, Keegan Baker, Jude Harzer, Cindy Holmes, Kevin Kresse, Harry Loucks, Jeremy Couch and McLeod, and a painting demonstration by McLeod at 8 p.m. The exhibition will run through April 30. LNP 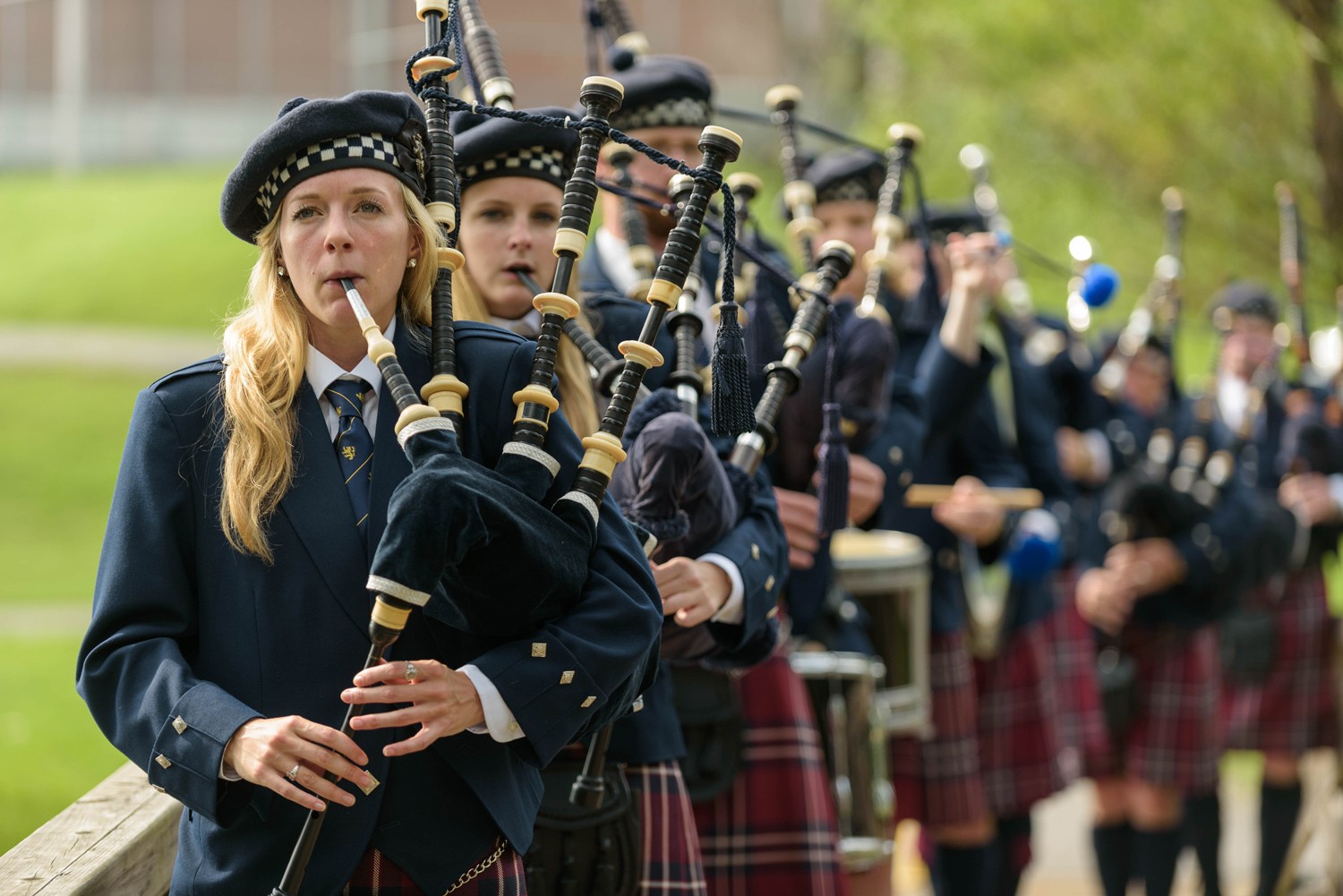 Bagpipes are kind of a big deal in Batesville. The Presbyterian-affiliated Lyon College there is home to the annual Arkansas Scottish Festival, a four-day consortium of kilts, highland dancing and Celtic poetry complete with sheepdog demonstrations, a race called “The Kilted Mile” and a “Bonniest Knees Contest.” Straight outta Independence County come the musical fruits of that community, the Lyon College Pipe Band, and they’ll give a concert in downtown Little Rock featuring dancers, singers and a ceilidh band (think: contra dance, but with bagpipes and a keg of Brewdog) with guitars, accordions and uilleann pipes. Folks 15 and under get in free; reserve seats by clicking on the link at arkansassounds.org. SS

Collectively, this comedy bill’s resume includes decades of HBO specials, film and televised prank calls. You didn’t get through the “Friday” movies without seeing Mike Epps, Michael Blackson and Rickey Smiley, and chances are you’ve heard Earthquake’s voice work even if you didn’t go out of your way to stream a stand-up set. They and one-time host of BET’s Comic View Bruce Bruce (“the name so nice you have to say it twice”) appear at Verizon Arena on a tour of arenas across the southern United States (plus Detroit). SS 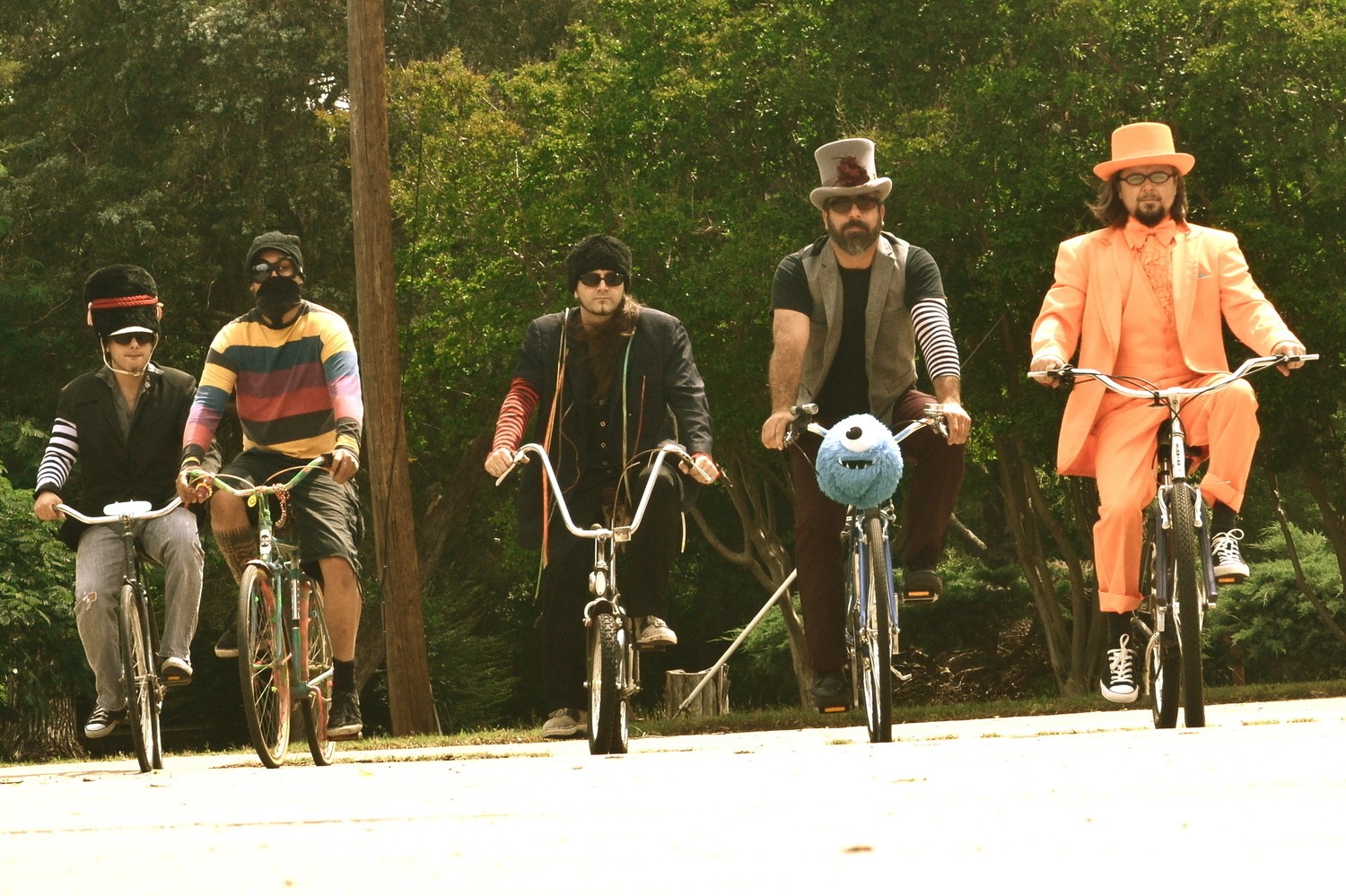 Depending on how you look at it, Spoonfed Tribe plays either jazz with electric bass and louder drums or it plays free-meter rock with amelodic flute and saxophone. The Fort Worth-based group, formed in 1999, named its 2013 release “Weapons of Mass Percussion,” a pretty good summation of its rhythm-forward, light-show-accompanied sound. It’s too early in the year to take mushrooms and dance barefoot in a field in the Ozarks at a granola festival, but you can certainly get a preview of that vibe at Stickyz this weekend. SS 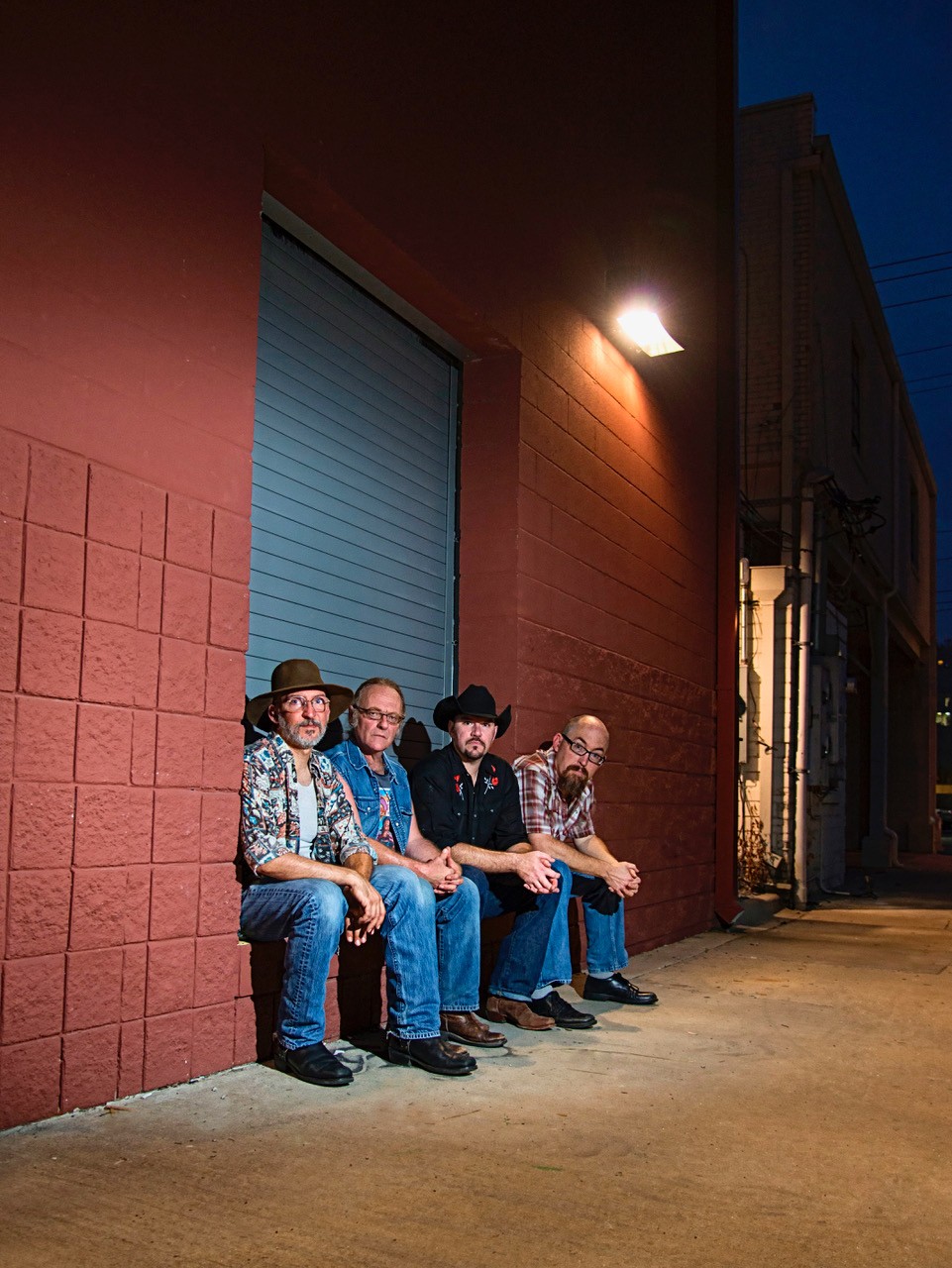 Hurricane Maria made landfall on the U.S. territory of Puerto Rico on Sept. 20, 2017, and according to an ABC News report aired last Sunday, over 100,000 people are still without power and over 130,000 others have left the island. So, Four Quarter’s going Farm Aid-style with a blockbuster lineup for a benefit this Sunday featuring 2017 Arkansas Times Musicians Showcase winners Dazz & Brie, 2018 Central Arkansas Music Awards winners The Salty Dogs and 2018 Central Arkansas Music Awards performers The Brian Nahlen Band. Donations collected go to Puerto Ricans en Arkansas and to Ricky Martin’s Hurricane Relief. Indivisible Arkansas will be on location to register new voters. SS 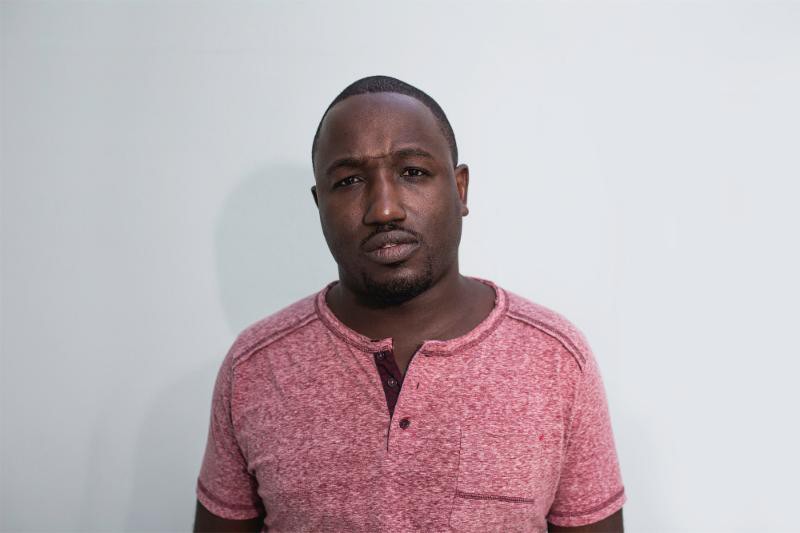 Lincoln Rice, even-keeled doctor of dental surgery and ride-or-die sex buddy to Ilana Glazer’s character on Comedy Central’s “Broad City,” offers ample grounds for adoring Hannibal Buress. Rice swooped in to save our protagonist’s ass on too many occasions to number, especially if you count the number of times, spoken or implied, when he’d placidly repeat a saving mantra for the forgetful or impaired roaming around in New York City: “PKW,” short for “phone, keys, wallet.” And, after last Saturday night, students at the Catholic-affiliated Loyola University in Chicago have a newly reignited appreciation for the comedian’s un-Lincoln Rice-ish chutzpah, having demanded he return to the stage after the school cut his routine short, turning off Buress’ microphone as he waded into a joke about the history of child molestation in the Catholic church and put up a screenshot of all the topics on which the university asked he remain silent: “rape, sexual assault, race, sexual orientation/gender” and “illegal drugs.” I doubt the Rev Room has such stringent content restrictions, so check out Buress’ “Comedy Camisado” and “Hannibal Takes Edinburgh” on Netflix for a sample of what’s to come Monday night in the River Market. SS

Aside from a handful of concertos and a prominent role in tuning an orchestra to A440, the oboe often plays second fiddle (pun intended) to the more mellifluous MVPs of the orchestral world: violins, flutes. Here, with a performance of composer Eric Ewazen’s enchanting 1999 piece “Down a River of Time,” the oboe gets front and center treatment, played by ASO oboist Lorraine Duso Kitts and fellow ASO musicians Kiril Laskarov, Algis Staskevicius, Tatiana Kotcherguina, Stephen Feldman and Barron Weir. And, in another coup for underutilized instruments, there’s a newly commissioned piece on the program by Charles Hawthorne enticingly called “Hero’s Ascent for Marimba,” to be played by ASO principal percussionist Blake Taylor. Those works are preceded by a performance of Mendelssohn’s “String Quartet No. 3 in D Major” from the Rockefeller String Quartet: Trisha McGovern Freeney and Katherine Williamson on violin, Katherine Reynolds on viola and Ethan Young on cello. Student and active military tickets are $10, and as part of the ASO’s Canvas Festival, a display of visual art by locals is up in the lobby for you to peruse after you hit the cash bar, which opens at 5:30 p.m. SS 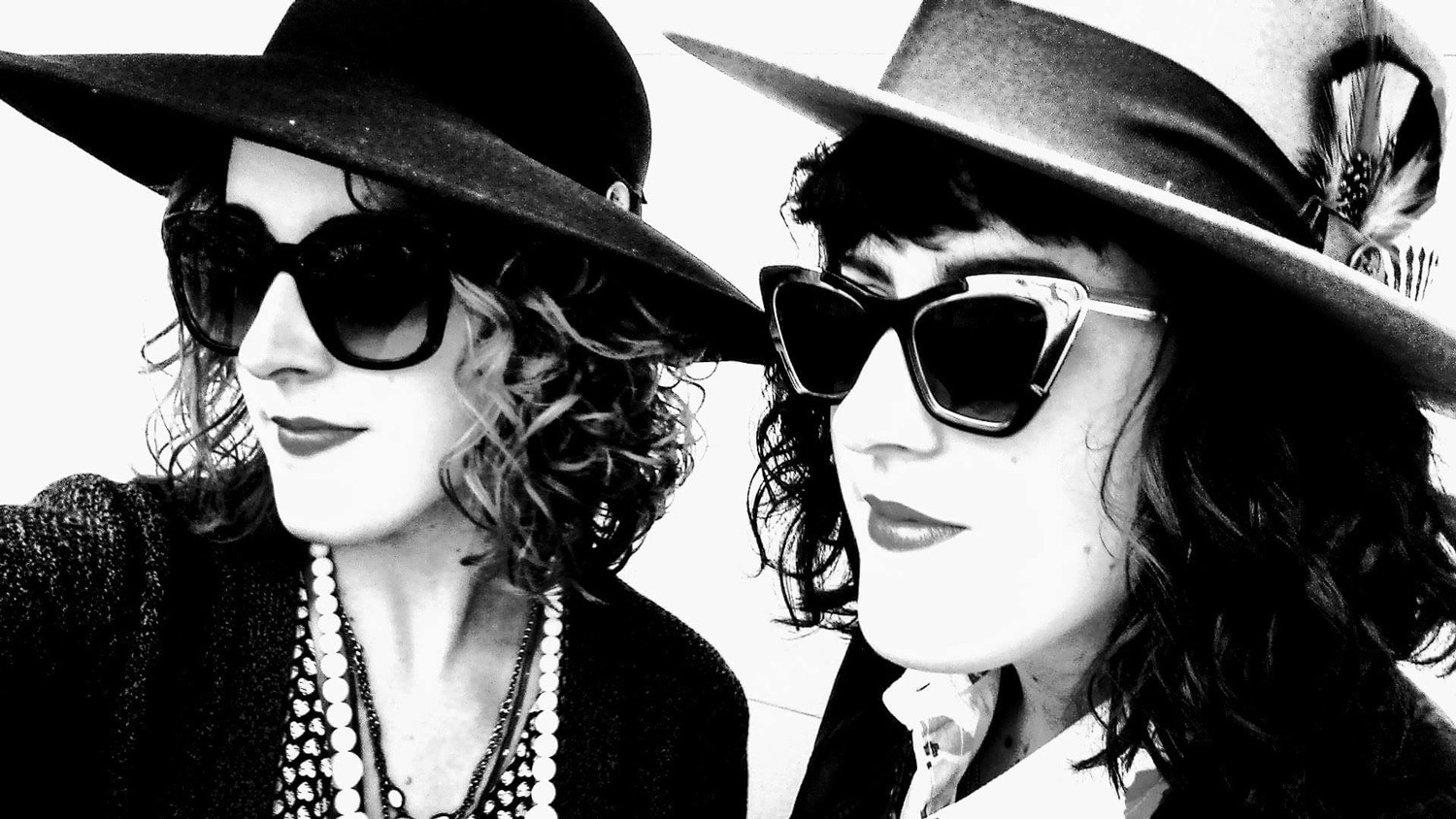 File this one under “twin sisters from Kansas City simmer down jazz standards, stirring frequently, until they are reduced by half.” (Is there a file for that?) Sophia Motta on guitar and vocals and Analiese Motta on drums are a smooth, slow burn of a noir act, and here’s a chance to see them on tour in an unusual and cozy venue. For fans of Erin McKeown, Smokey and Miho or Diana Krall. SS