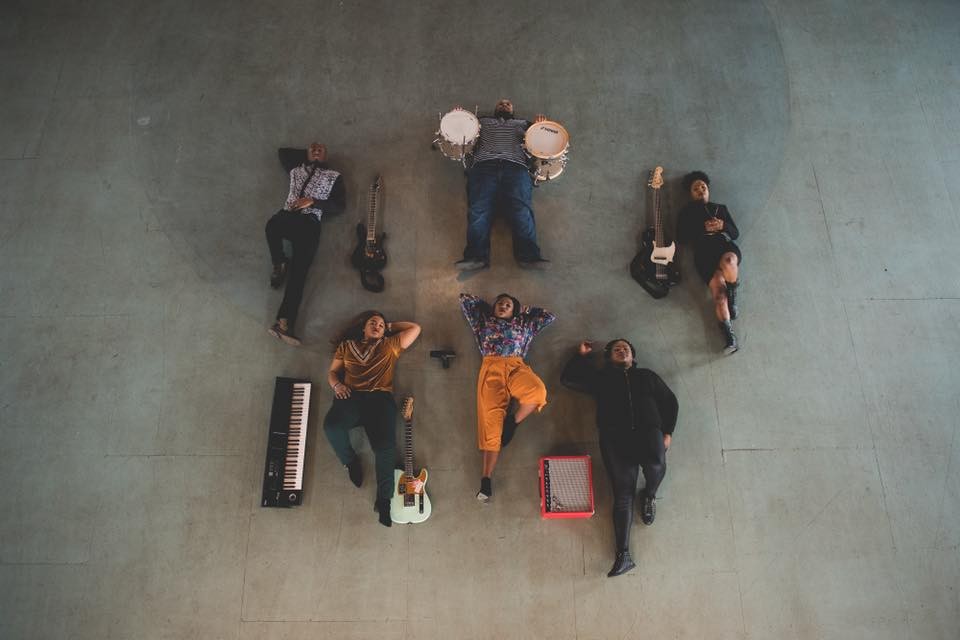 Pros? This is early on a Thursday night, it costs $3, you can bring your dog and it involves not only The Wildflower Revue, but also the winners of the last two Arkansas Times Musicians Showcases: Dazz & Brie and Jamie Lou & The Hullabaloo. Cons? You have to leave your house, I guess? I’m sure you’ll get over it. Patio on Park Hill, for the uninitiated, is a super casual neighborhood block party, except instead of on a block, it’s in the parking lot of the Lakehill Shopping Center. There will be food trucks, a beer garden, sets also from Brian Nahlen, Joe Darr and Ben Byers, and a free trolley from the parking lot at Park Hill Baptist Church (201 E. C Ave.). Bring foldout chairs if you like, some cash to spend with the vendors on-site and, if you bring your pup along, a bag for his or her excretions and (the NLRPD requests) a leash no more than 6 feet long. SS 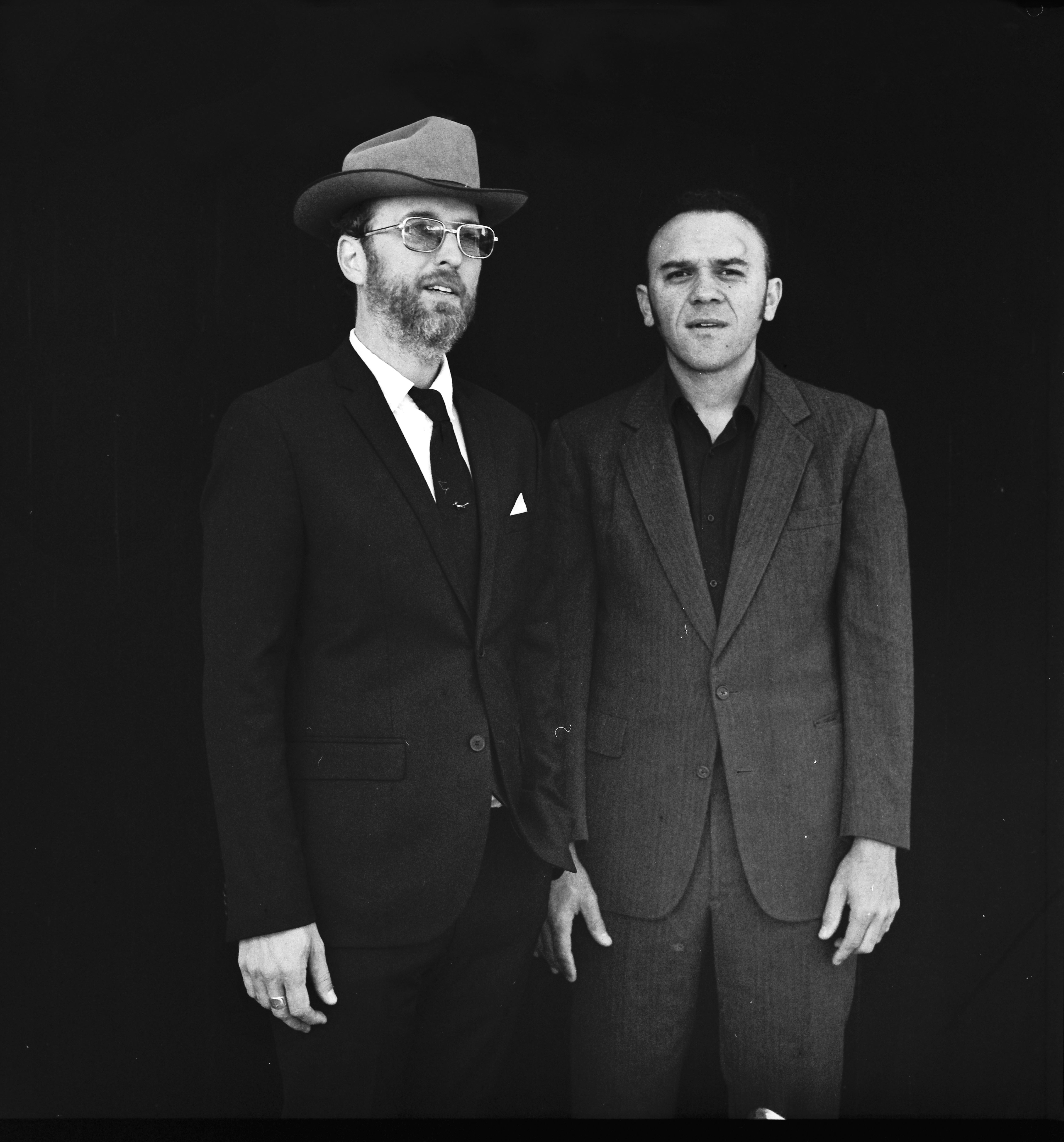 It’s hard not to fall in love with anyone who manages to find something new and greasy to do with blues riffs, and it’s even harder when they seem to have a sense of humor about the whole endeavor. See The Greyhounds’ “No Other Woman,” whose star, Bobby Perkins (billed as “The Most Interesting Man Around Town”), sashays around Austin, Texas, on horseback, wearing a white suit and heart-shaped sunglasses, wiggling his eyebrows, snapping his fingers, lip-syncing lines like “Your sweat tastes just like lemonade, nuh-nuh-nuh-nuh-nade, nade” and examining the eggs of a chicken who has just been made to do a demonstrative wiggle before his eyes. The latest from these former JJ Grey & Mofro sidemen, “Cheyenne Valley Drive,” was recorded directly to tape at Memphis’ Sun Studios over the course of three days, and it shows; swampy horns and fat riffs fit like a glove with the live-recorded analog vibe, and the sticky DNA of bygone Sun Studios legends seeps through to the final product, sorta like the ambient magic of decades-old seasoning on an heirloom cast-iron skillet. I can’t imagine a more fitting floor from which to observe Anthony Farrell and Andrew Trube’s ZZ Top-ish silly swagger than the White Water Tavern’s; this will be a fun one. SS

The “Delta Exhibition,” a competitive show of works in all media by artists with ties to Arkansas and contiguous states, celebrates its diamond anniversary at the Arts Center this year with works ranging from the sublime to the … well, a startling trompe l’oeil watercolor of a two-headed snake. Three art professionals whittled 1,424 entries by 618 artists to 52 artworks by 46 artists for this favorite annual show. This year, 31 Arkansans are represented, including such Delta familiars as David Bailin, Warren Criswell, Neal Harrington, Lisa Krannichfeld, Louis Watts, Jason McCann, Jeff Horton, Aj Smith, Aaron Calvert, Robyn Horn, Tim Hursley and Benjamin Krain; if you know their work, you know the show will be a good one. Jurors were Les Christensen, a sculptor and director of the Bradbury Art Museum at Arkansas State University; conceptual artist Shea Hembrey, famed for his project “seek” in which he presented works ostensibly by 100 artists but actually all his own; and Brian Young, director of the Baum Gallery at the University of Central Arkansas and a former curator at the Arts Center. They’ll give a talk at 6 p.m. Thursday night before the members’ opening reception; nonmembers may attend the talk for $15. After the talk, awards will be presented: A $2,500 Grand Award, two $750 Delta Awards, and a $250 Contemporaries Delta Award. A wine reception at 5:30 p.m. precedes the talk; tickets can be purchased at arkansasartscenter.org/tickets or by calling 372-4000. The exhibition runs through Aug. 26. LNP 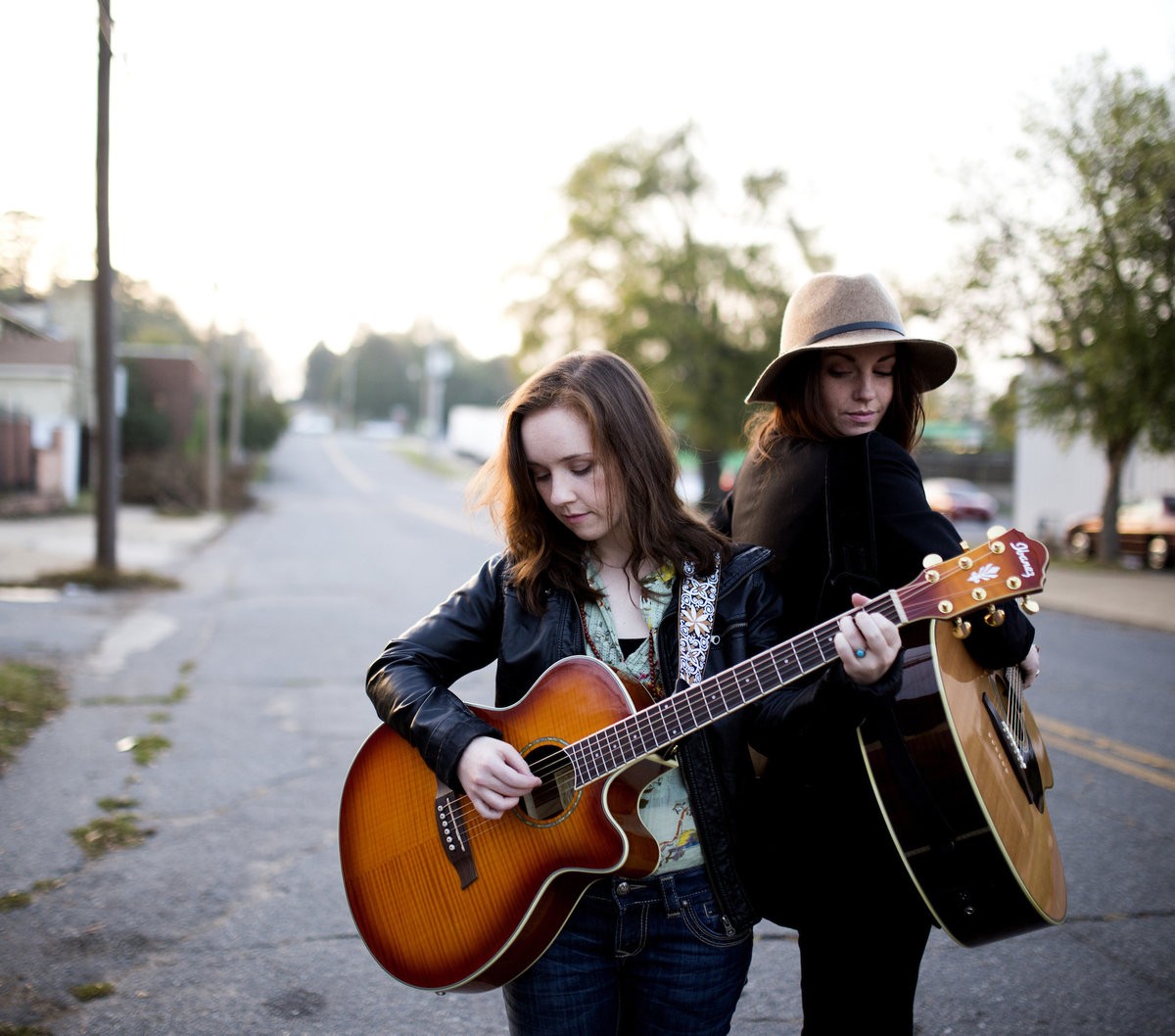 Graduate school has meant that longtime friends and collaborators Cate Davison and Alisyn Reid have spent a lot of time writing papers — with little time, I’d imagine, for writing songs. Happily, summer months mean hiatus for scholarly types, so Reid and Davison’s gentle harmonies have made a return to Central Arkansas, with a full band in tow for this show. For an introduction, check out the delicate “Wide River” from the duo’s 2017 self-titled release and follow that up with the not-so-delicate “A Few More Miles,” a song I’m pretty sure Amy Ray and Emily Saliers, given the opportunity, would have snatched up in a heartbeat. Also, word is that there may be a vegan paella special available for supper at Hibernia this particular evening. SS 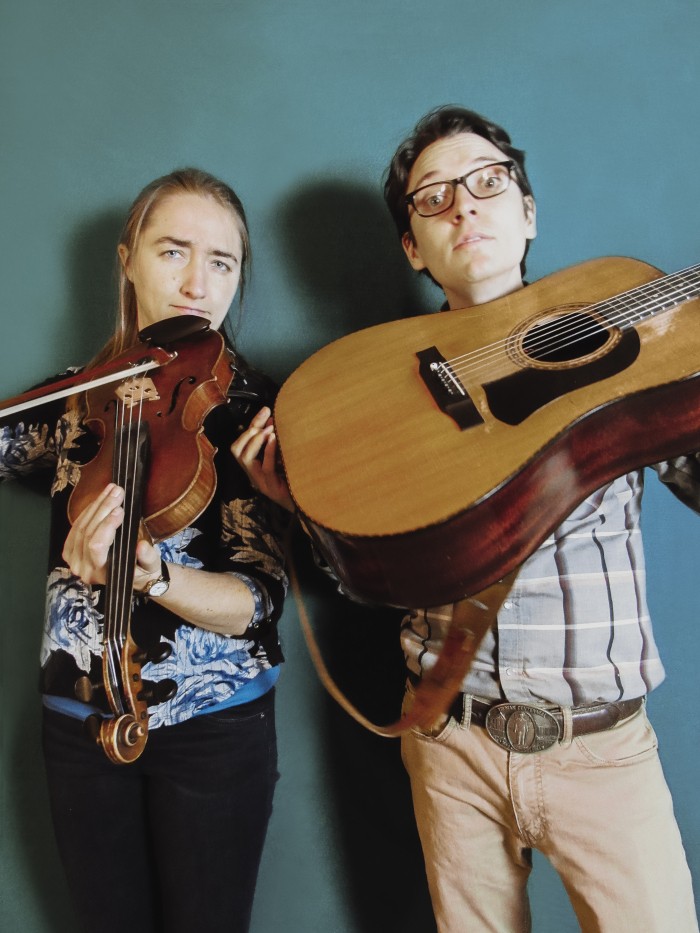 The video for The Matchsellers’ “Bluegrastronauts” is part vehicle for whimsical cutout animation, part showcase for the string band’s goofy sensibility and part homage to its musical predecessors. Over the mile-a-minute sounds of dobro, banjo, fiddle, guitar and standup bass, paper doll versions of Bill Monroe and Earl Scruggs are hurled into the atmosphere where, presumably, they continue picking away in some metaphorical bluegrass ether/heaven, encircled by a dog named “Old Pete,” the raccoon Old Pete is pursuing, a couple of comely green aliens and, eventually, the real-life versions of fiddler Julie Bates (who also created the video) and frontman Andrew Morris. They’re fun to watch for many reasons — because Morris’ nerdy auctioneer delivery meshes so well with the genre (see their take on “What I’ll Do With the Baby, Oh”), because they have the good sense to understand that humor and authenticity don’t preclude one another and because Morris and Bates’ musical chemistry is the kind where the tempo, even when it stays exactly the same, feels like it’s getting ever faster. They’re joined for this Argenta show by The Chemtrailblazers. SS 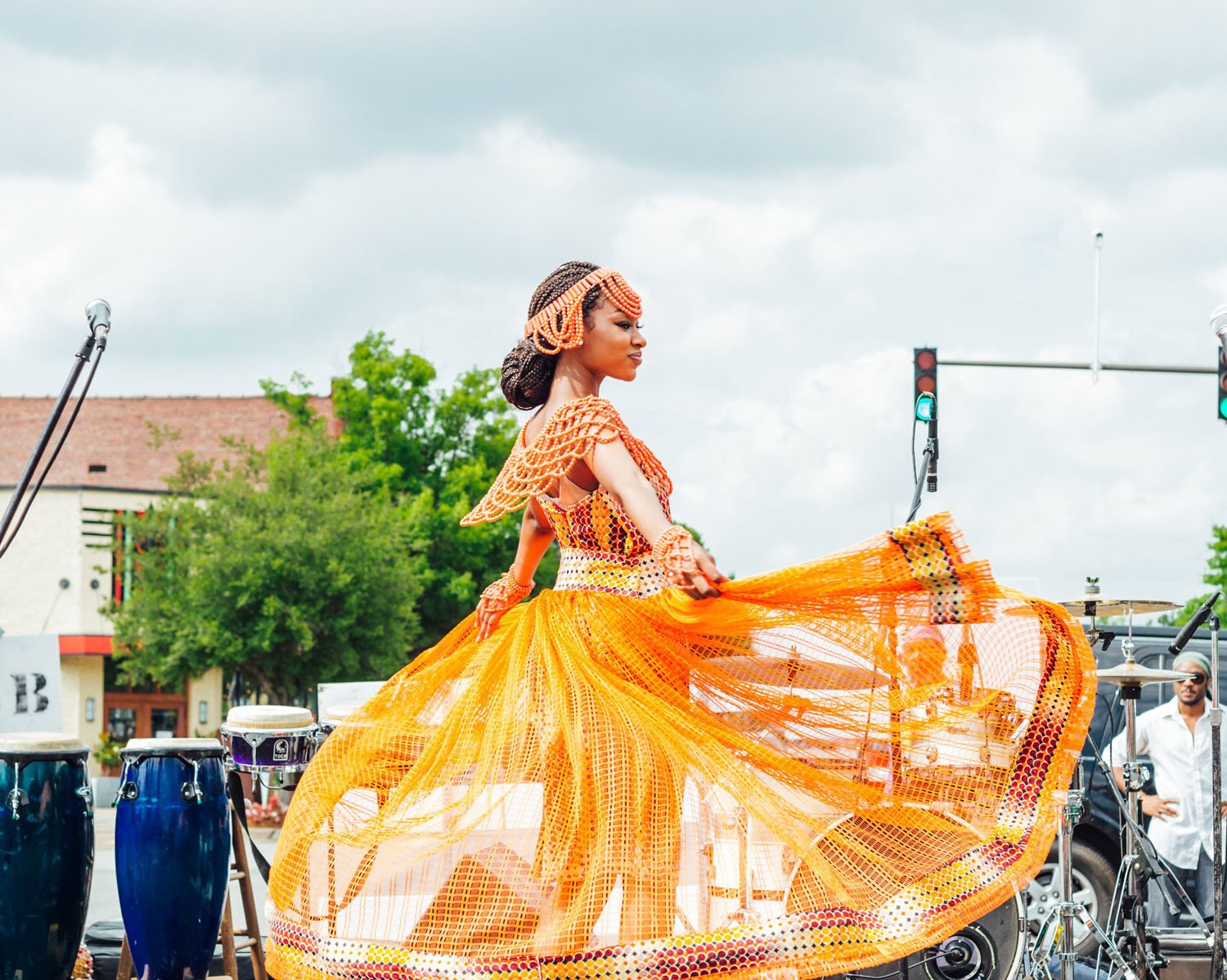 Thousands turned out for the inaugural Africa Day Fest this time last year, event chairman Benito Lubazibwa said in an interview earlier this week, and even more are expected in the festival’s second year. Africa Day is named for the date May 25, 1963, when a summit in Ethiopia concluded with the formation of the Organisation of African Unity, spawning subsequent liberation movements like the Lagos Plan of Action (1980) and The Abuja Treaty (1991) that sought to improve life in post-colonial Africa. For Little Rock’s African and Africa-connected communities, this annual festival from Afrika House is a chance to “celebrate African arts and cultures through music, food, dance performances and children’s activities,” the event website reads, “to highlight the strong connections between Arkansas and African countries” and “to create a platform to share African history with the rest of the world.” It’s free to attend, but bring some cash to spend with vendors: There’s Candley’s Cookin’ barbecue, Candy Butta shea butter moisturizer, Artlysium Inc. canvas art, What On Earth vegan cosmetics, Wanunu necklaces, Monique Couture clothing, wearables from Damaris African Jewelry & Curio, black soap from FloEssence Naturals, vegan “Kaliflower ChickUn Wings” and vegan Philly sandwiches from The House of Mental, shoes from PeacePeace Love Exchange, nondairy “ice cream” from Philly Fresh Water Ice and more. A welcome message at 11:15 a.m. is followed by dance sets from Summer Sprite and Artistically Bold, noon; storytelling and drumming by Zinse Agginie, 12:15 p.m.; a drum circle with Afrique Aya, 1 p.m. and 2:30 p.m.; Gwara Gwara Dance from Hothouse Gruv, 2 p.m.; dance by Studio 501, 3:30 p.m.; an African Dance Competition, 3:45 p.m.; an African Fashion Show with designs from Korto Momolu, Missy Temeke, Irene Chedjieu, Bernice-Osei-Danquah and others, 4 p.m.; live reggae from Tim Anthony and Butterfly; with DJ sets throughout the day from DJ Emmanuel, DJ Goods and from Bibi and DJ Prophet (Charles Ray) of Bantunauts Radio (tune in to KABF-FM, 88.3, Saturdays at 10 p.m. for a regular dose). To get an early start or to support Africa Day Fest with your wallet, visit madeinafricafashionshow.eventbrite.com and get tickets to the kickoff event, “Made in Africa: Fashion Show” at 6 p.m. Thursday, May 24, at the Junction Bridge, where there will be African wine/design/hors d’oeuvres. Tickets are $25. SS 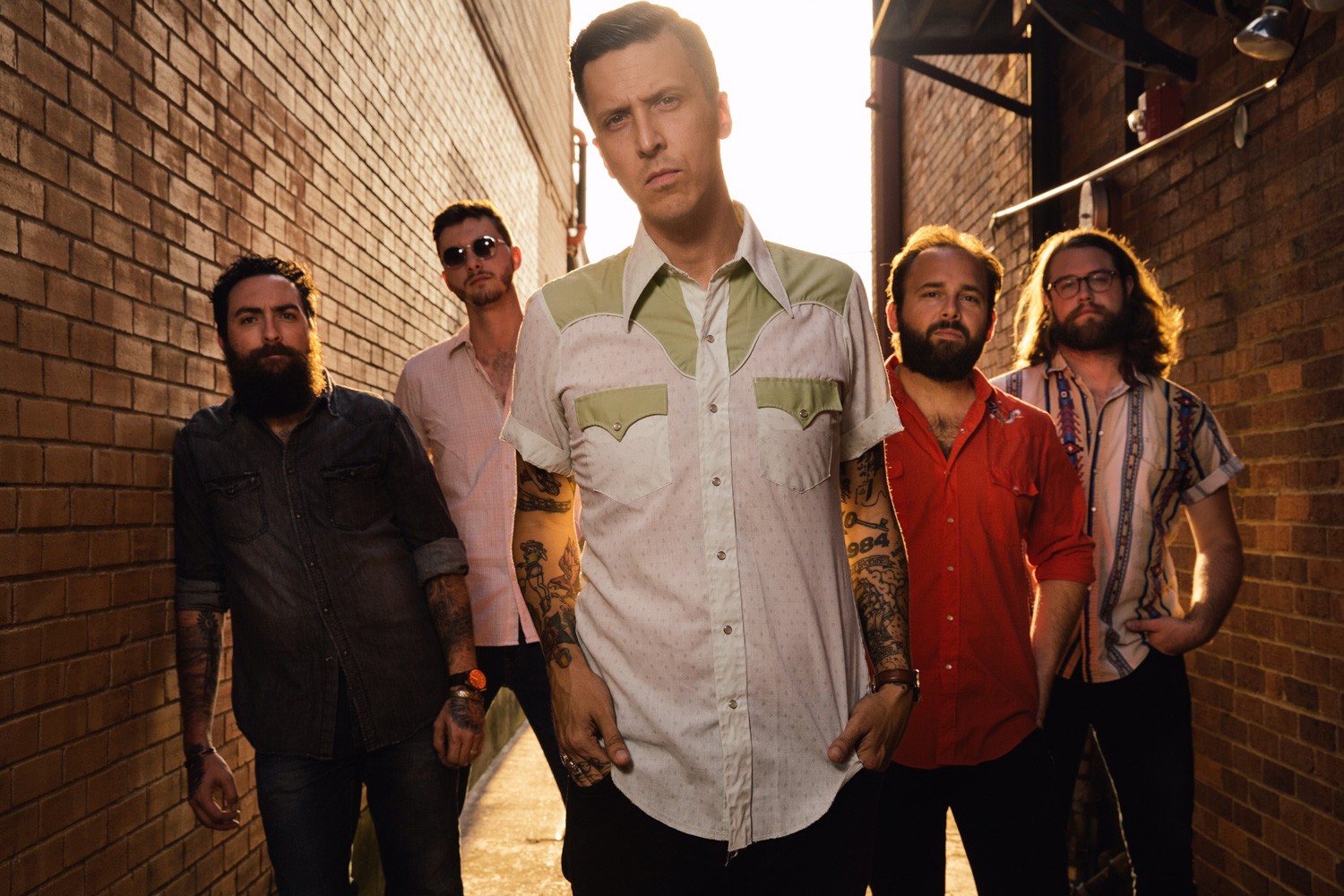 Halfway through the second verse of American Aquarium’s rocker “Crooked + Straight,” which premiered on CMT’s website earlier this week, frontman B.J. Barham waxes on the musician’s life, and on having traded in youth “for three chords and the truth.” He continues: “And we made all these plans/We were gonna take a stand/Set out and rise above the noise/But after all those shows we played their fight began to fade … .” It’s not exactly cryptic writing for someone who traded out his entire band lineup just over a year ago, a fracture Barham attributed to burnout. “Watching five of my best friends for damn near a decade kind of wash their hands of me was a big thing for me,” Barham told CMT. “I had two or three weeks of just feeling sorry for myself. But my wife put it very easily, ‘You can either complain about it, or you can change it.’ ” That he did, and the new band is on tour in support of a June 1 release, aptly titled “Things Change.” Not all things, though. In the tradition of American Aquarium’s Jason Isbell-produced “Burn. Flicker. Die.,” the new record was put together under the direction of John Fullbright, a razor-sharp (and mostly underappreciated) songwriter from the same hometown as Woody Guthrie. SS 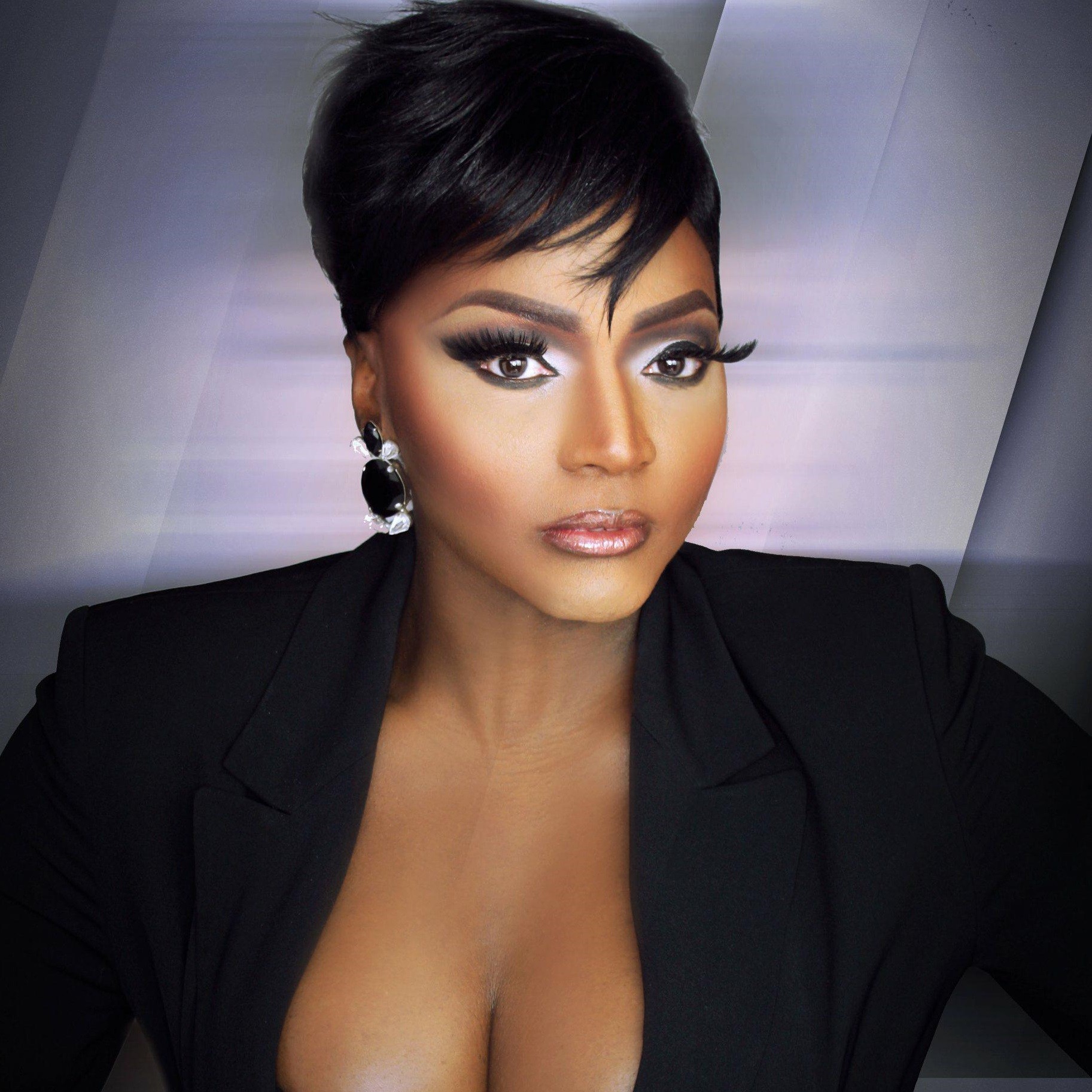 ‘ON THE RUN: THE FAREWELL SHOW’

In a video from the Q&A segment of the Miss Gay Arkansas 2012 pageant, Dominique Sanchez pauses thoughtfully before taking the microphone, subsequently bringing the house down with an explanation of why Yolanda Adams’ “Never Give Up” is her trademark song. Despite being born in prison, shuffled through foster care and being told she’d never amount to anything, Sanchez says, “Here I stand before you, ladies and gentlemen, as a high school graduate, as a college graduate and as a professional female impersonator, and I am very proud of that fact. I have been Miss Gay US of A and I have been Miss Gay America.” For the last 20 years, Sanchez has performed in, hosted and directed weekly drag shows at Triniti and Discovery nightclubs with poise, barely-there leotards, spot-on choreography for everything from “Single Ladies” to “It Don’t Mean a Thing (If It Ain’t Got That Swing”) and consistently impeccable shade (of both the eyeshadow and side-eye varieties). She’s got a list of pageant titles a mile long, and she’s taking that resume with her as she moves to St. Louis. Nightclub colleagues and fellow drag artists bid adieu to Sanchez with this show, a bash that includes performances from Abs Hart, Chloe Jacobs, Taylor Madison Monroe and Victoria Rios. SS

Hey, if big pharma’s getting in on its cut of the baby boomer-menopause-onset market, why shouldn’t the women actually going through it? “Menopause: The Musical” was born of the genuine life experience of Jeanie Linders, then an advertising maven (and not yet a playwright) who found herself mid-hot flash one evening while dressed in a formal gown, moments before she was expected to depart for an NAACP gala. Standing in front of an open freezer door, she changed the words to Rod Stewart’s “Hot Legs” in a moment of inspiration/desperation, and the “Menopause: The Musical” shtick began to take form — with Martha and the Vandellas’ “Heat Wave” eventually standing in for Stewart. Erudite it is not, but, as Linders says in the musical’s promotional reel: “ ‘Menopause: The Musical’ was never written to be about theater. Let’s face it, it’s not ‘Macbeth.’ ‘Menopause: The Musical’ was written to be about women, and the great thing about it is [that] across the country, women get it.” Murry’s takes up the parody revue in the play’s 17th year. SS