When I accessed the YouTube link for Old Crow Medicine Show’s “Wagon Wheel” video earlier this week, the view count was 43,603,021. (I became No. 43,603,022.) The song — a chorus recorded by Bob Dylan in 1973’s “Pat Garrett and Billy the Kid” sessions grafted to new verses by O.C.M.S.’s Ketch Secor when he was 17 years old — has become so ubiquitous since its 2004 release that it’s a bone of contention. There is a registered URL for stopplayingwagonwheel.com. There are posters available online to hang in your bar or restaurant, declaring it a ” ‘Wagon Wheel’ Free Zone.” Mention of Darius Rucker’s cover of the song can transform polite company into something that resembles Peter Paul Rubens’ “Massacre of the Innocents.” In fact, I’d hoped to posit some burning questions about the phenomenon to “Critter” Fuqua of O.C.M.S.: Did he have any inside knowledge that might firm up the song’s lineage from Arkansas’s own Big Bill Broonzy? Were Critter’s casual strolls around the grocery store interrupted by fellow shoppers who wanted to show off their “Wagon Wheel” tattoos? Is “Wagon Wheel” his “Free Bird?” None of those answers became clear, but what did become clear was that there were two people in the conversation, and only one of those people cared to talk about “Wagon Wheel.” The other one, understandably, wanted to talk about 2018’s “Volunteer,” a full-length album produced by Dave Cobb and recorded in a hallowed Nashville studio co-founded by Chet Atkins. The record is emblematic of O.C.M.S.’s expansion, with pedal steel and electric guitar incorporated into a tried-and-true jug band sensibility, and they’ll bring that mountain music riverside this Thursday, likely making it pretty plain why they’re known for raucous, romping live performances. Fiddler and wordsmith Joshua Hedley opens the show. SS 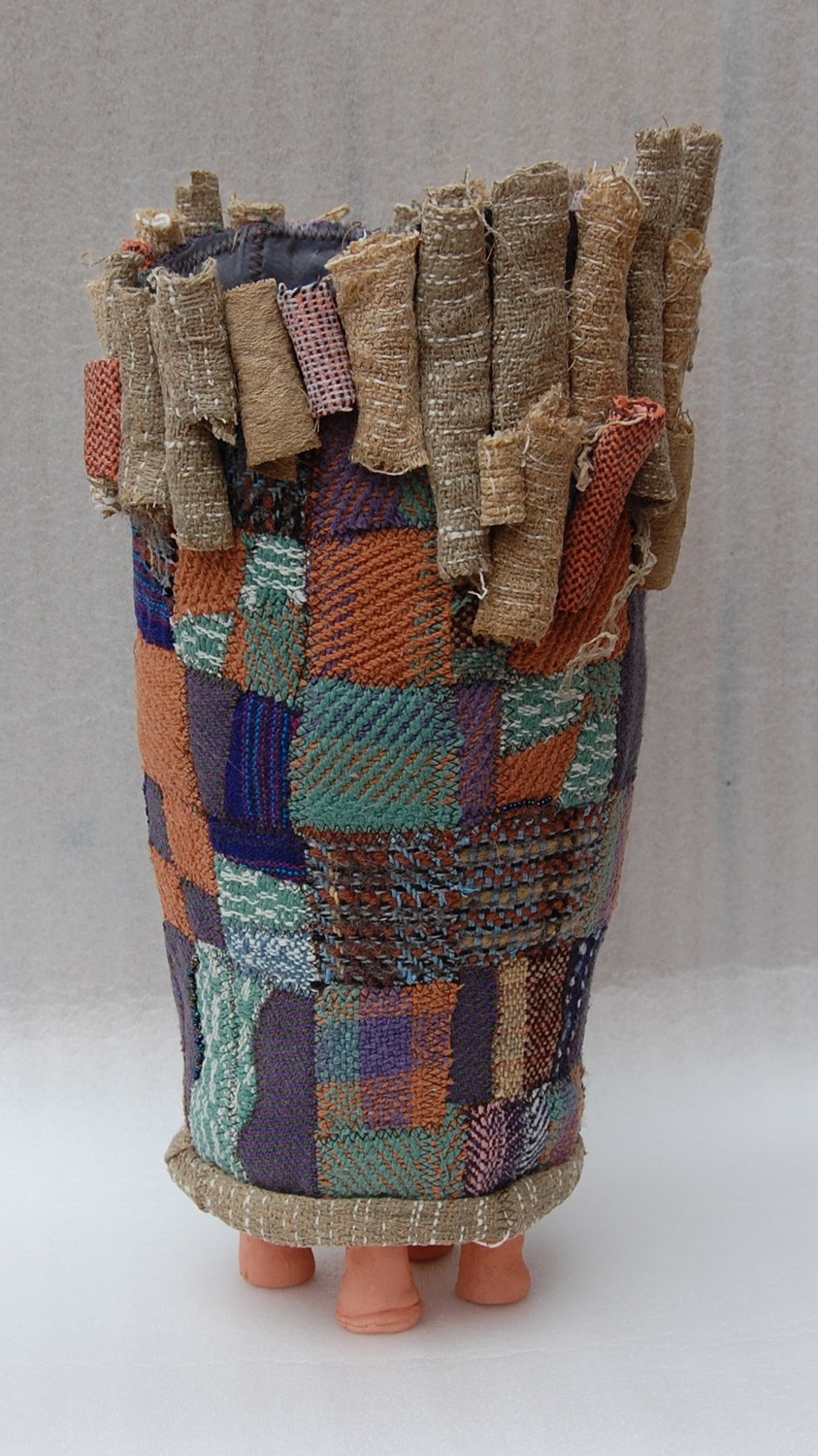 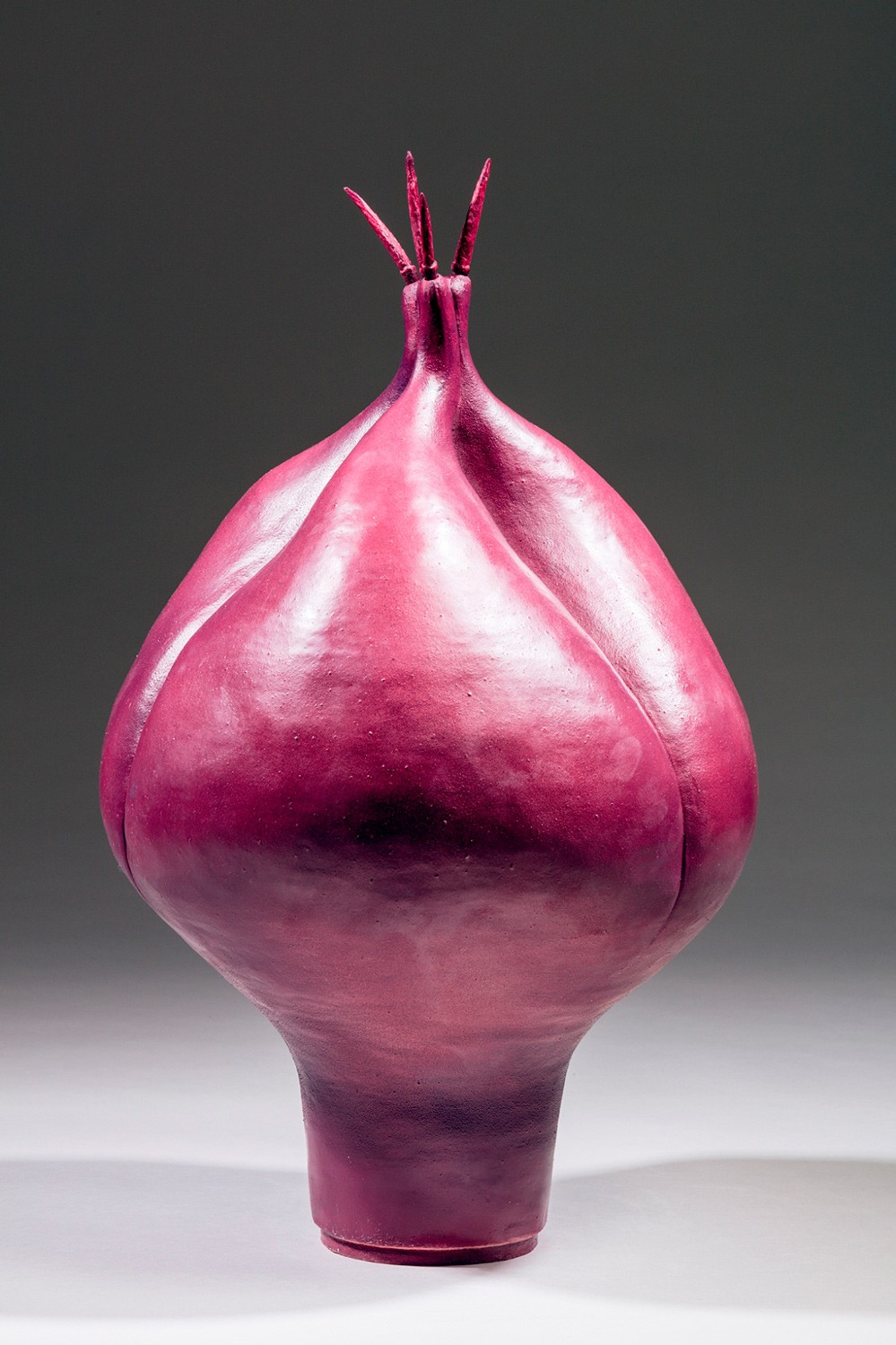 Artists whose work has been rejected from a juried exhibition have long taken comfort in the 1863 Salon des Refuses in Paris, that show of art denied entry to the Salon of Paris, because it famously included such masterpieces as Edouard Manet’s “Dejeuner sur l’herbe” and James Whistler’s “Symphony in White, No. 1: The White Girl.” Manet’s work featured a naked woman picnicking with two gentlemen (Too flat! Too modern!) and Whistler’s was of his mistress (Art for art’s sake? Non!). The artists were ahead of their stuffy time. The Arkansas Arts Center’s “Delta Exhibition” is, like the Salon of Paris, the ne plus ultra for art hereabouts, and Arkansas has a Paris, so it makes sense that there is a “Delta des Refuses,” or at least it did to the show’s founder, Rachel Trusty. Now in its third year, the show has no juror and, as its mission statement says, “hopes to place the power of judgment in regard to taste into the hands of the public.” There are more works by more than 100 artists in the exhibition, which is divided between the basement gallery of the Butler Center and the third-floor gallery of the Cox Creative Center. Some well-known Arkansas artists whose work you’ll see in the show: Ed Pennebaker, Rene Hein, Emily Wood, Kim Kwee, Kasten Searles, James Volkert, Laura Raborn, Marianne Hedges Hennigar, Markeith Woods, Robert Reep, Sabine Schmidt, Barbara Satterfield, Beth Lambert, Cary Jenkins … well, the list could go on and on. The 2nd Friday Art Night reception will feature live jazz by Isaac Helgestad at the Butler Center. Other 2nd Friday receptions will be held at the Historic Arkansas Museum (“The Medium is the Message” photography, Kat Robinson’s “Another Slice of Arkansas Pie” book signing, music by A Rowdy Faith), Matt McLeod Fine Art (paintings and blown glass), Bella Vita Jewelry (henna painting), the Old State House Museum (ice cream floats, Stone’s Throw Beer and music by the 106th Army Band), the Marriott Little Rock (the Art Group) and Gallery 221. The Copper Grill and Nexus Coffee Creative are also participating venues. LNP 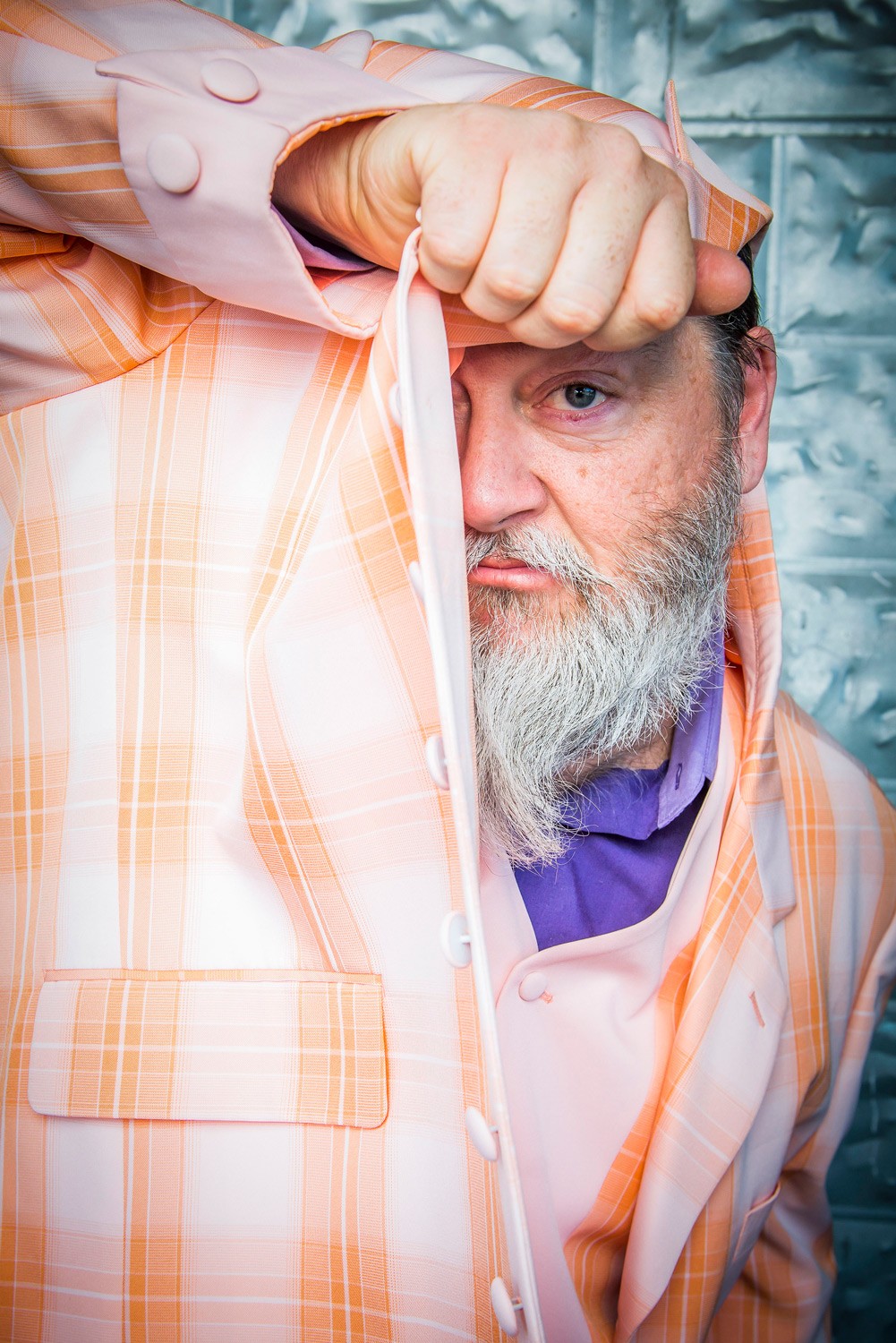 What started as a solo diversion from Kevin Russell’s main musical squeeze — The Gourds, who self-identified as “music for the unwashed and well read” — has morphed from an alias for Russell into an eight-piece funk-rock outfit of the same name. Aided by a horn section affectionately called the Tijuana Trainwreck Horns (“I’m hooked on that brass gravy,” Russell told Texas Highways magazine in 2015) and two “Shiny Soul Sisters” singing backup, Russell’s songs — once delivered a cappella or via voice and ukelele — have been cast in a big, rollicking New Orleans R&B mold, with Russell’s jolly hip swivels and magical realism poetry at the core. Swampy songs like “Pack It Rite,” “Poor People’s Store” and “Song of Lime Juice and Despair” are the gems that await fans once the novelty of Russell’s famed covers – “No Diggity,” “All About That Bass,” “Waterfalls” — wears off a little. SS 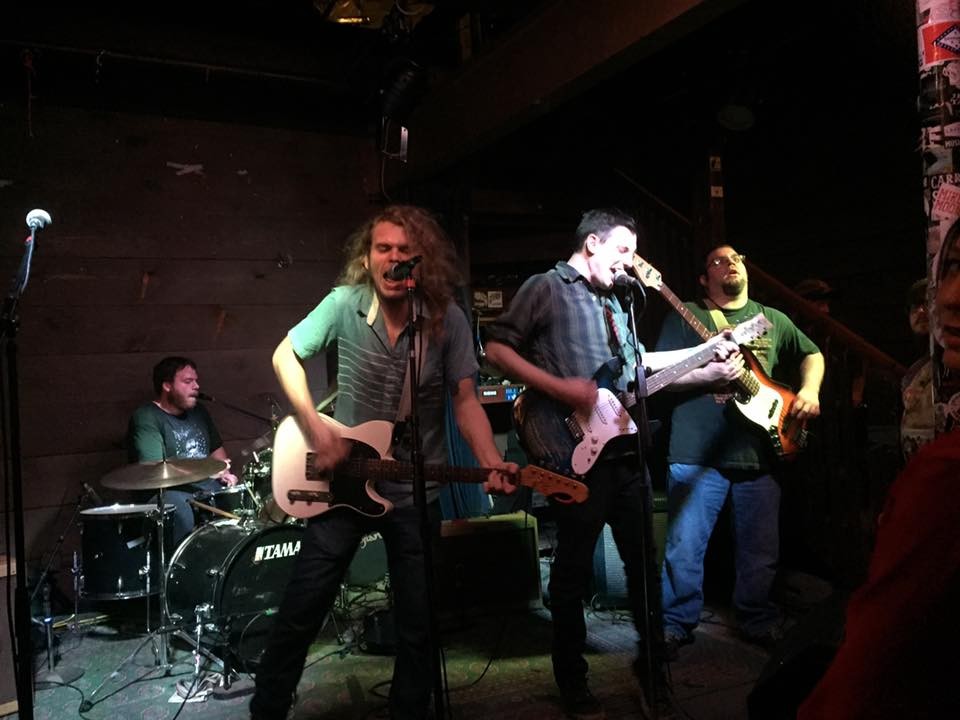 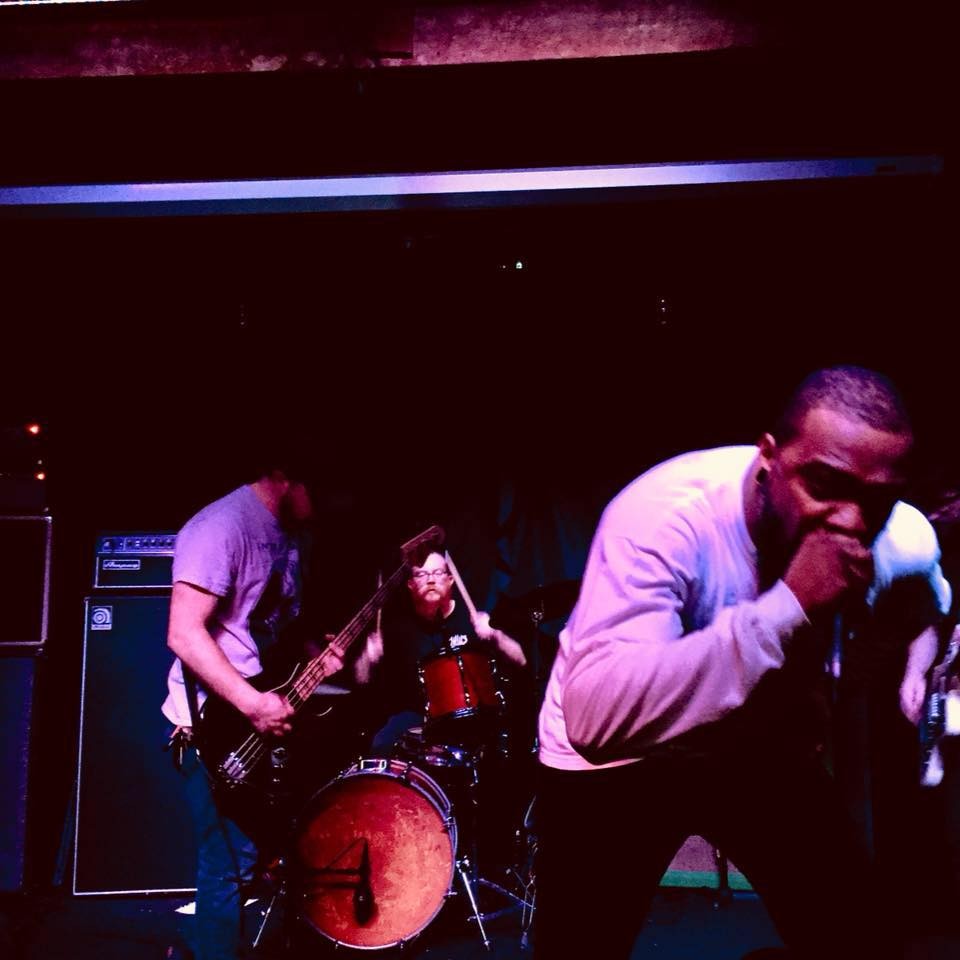 This show is a good example of how wildly different local sounds — Fiscal Spliff’s straight-ahead punk-infused romp, Listen Sister’s dark pop and Colour Design’s dystopic guitar layers — can all co-exist under some umbrella we all tacitly agree to call “rock ‘n’ roll.” Come for wry, playful gems like “The Night I Stole Your Pen” from musician/artist Sulac and cohort Liz Johnson, stay for the urgent, nightmarish gospel from Shawn Hood on Colour Design’s latest, “Hover.” Black Eyed Prom Date shares the bill. SS

Recreational marijuana isn’t yet legal in Arizona, but Phoenix metal trio Goya make a pretty good case for it. The band has secured the URL “marijuana.bandcamp.com,” and it’s there that you can find its third full-length, 2017’s “Harvester of Bongloads.” The first track, “Omen,” spans 20 minutes and three movements, “I. Strange Geometry,” “II. Fade Away” and “III. Life Disintegrates,” and gives way to a plodding, diabolical guitar assault that comes to a full stop at around the 12-minute mark, rebuilding itself piece by piece from an unaccompanied “Because”-esque melody, with Jeff Owens’ voice lamenting the lyrics “fade away into oblivion” as the tune locks into a downtempo denouement. It’s brutally meditative stoner metal for fans of Sleep and Windhand and CBD, and locals Tempus Terra are a perfectly menacing opener for this show. SS 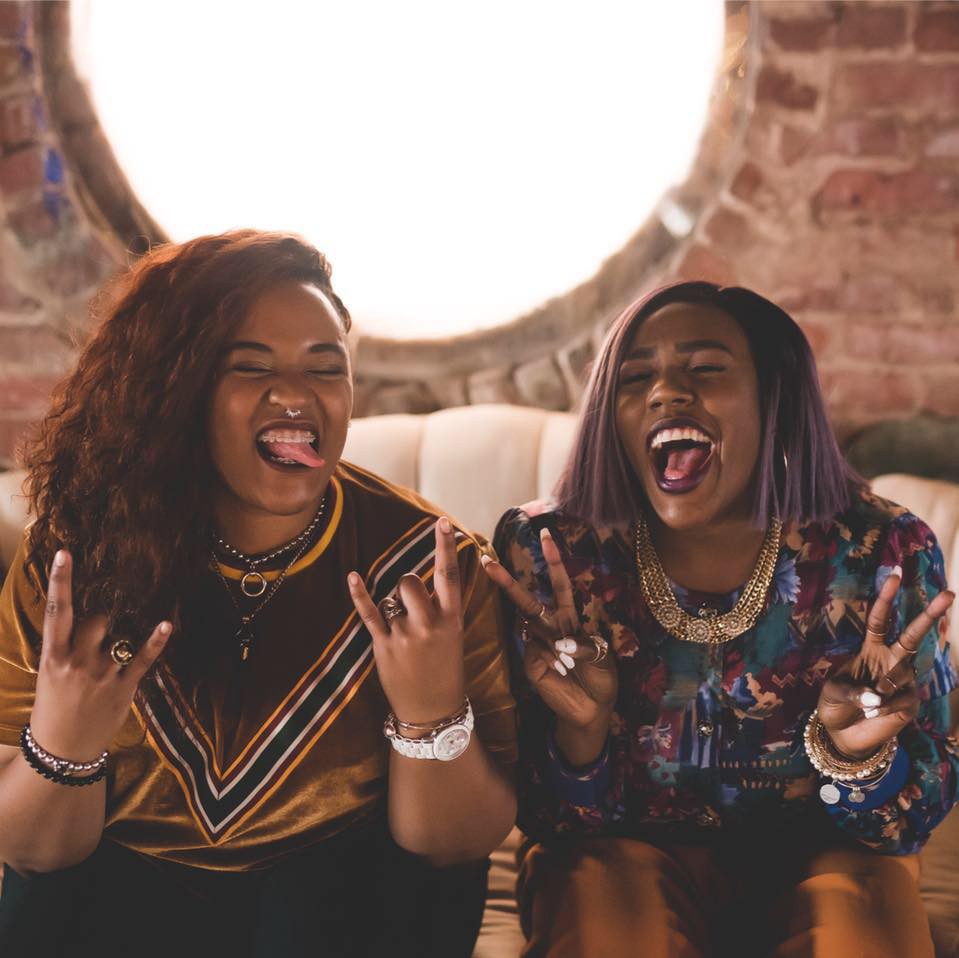 “Girl gang” Dazz & Brie already guarantee attitude anthems arranged with virtuosity and swagger, and add to that a newly formed coalition of players with classical precision and mad style: guitarists Read Admire and John Burnette, drummer Slavek Bolubah, bassist Cody Lucas, ethnomusicologist and percussion sensei Rolf Groesbeck and pianist John Willis, with the effervescent Claire Admire at the forefront. The new outfit self-describes as “a curious and delightfully raw fusion of smooth modern soul, Latin-driven rhythms and electronic funk,” and my money’s on this one being an unabashed delight. SS

BERNICE GARDEN VINTAGE & CRAFT MARKET, ‘YOU MAY KISS THE BRIDE’

New, handcrafted items, from jewelry to baskets, and vintage clothing and furniture and geegaws made desirable by the passage of time will once again be on sale at the Bernice Garden, the outdoor SoMA venue at Main Street and Daisy Gatson Bates Drive. Here are some things this vintage writer has bought there: A poodle necklace. A pitcher. A creamy white planter in the shape of a cat. An apron featuring a map of Texas. A vintage postcard. Saturday’s vendors include Crying Weasel Vintage, Doty Prints, Otter Been There Studios and others for vintage goods; Scripted Joy, Decanter Luminescence, Beatrice Huey, Lamps by Nick, Berkshire Creations, Shop Myrrh and others for handcrafted goods and jewelry. All on this pleasant, sculpture-dotted bit of corner just steps away from good lunches (Boulevard Bread Co., The Root Cafe), ice cream (Loblolly Creamery), and shopping (Moxy Mercantile, Argenta Bead, Clement/Sweet Home Antiques, South Main Creative) and more, by which I mean Esse Purse Museum, which has a special exhibit of wedding dresses from the 1900s through the 1980s: “You May Kiss the Bride.” Admission price to Esse on Saturday ($10) will include cake and champagne. Perfect for June, right? LNP 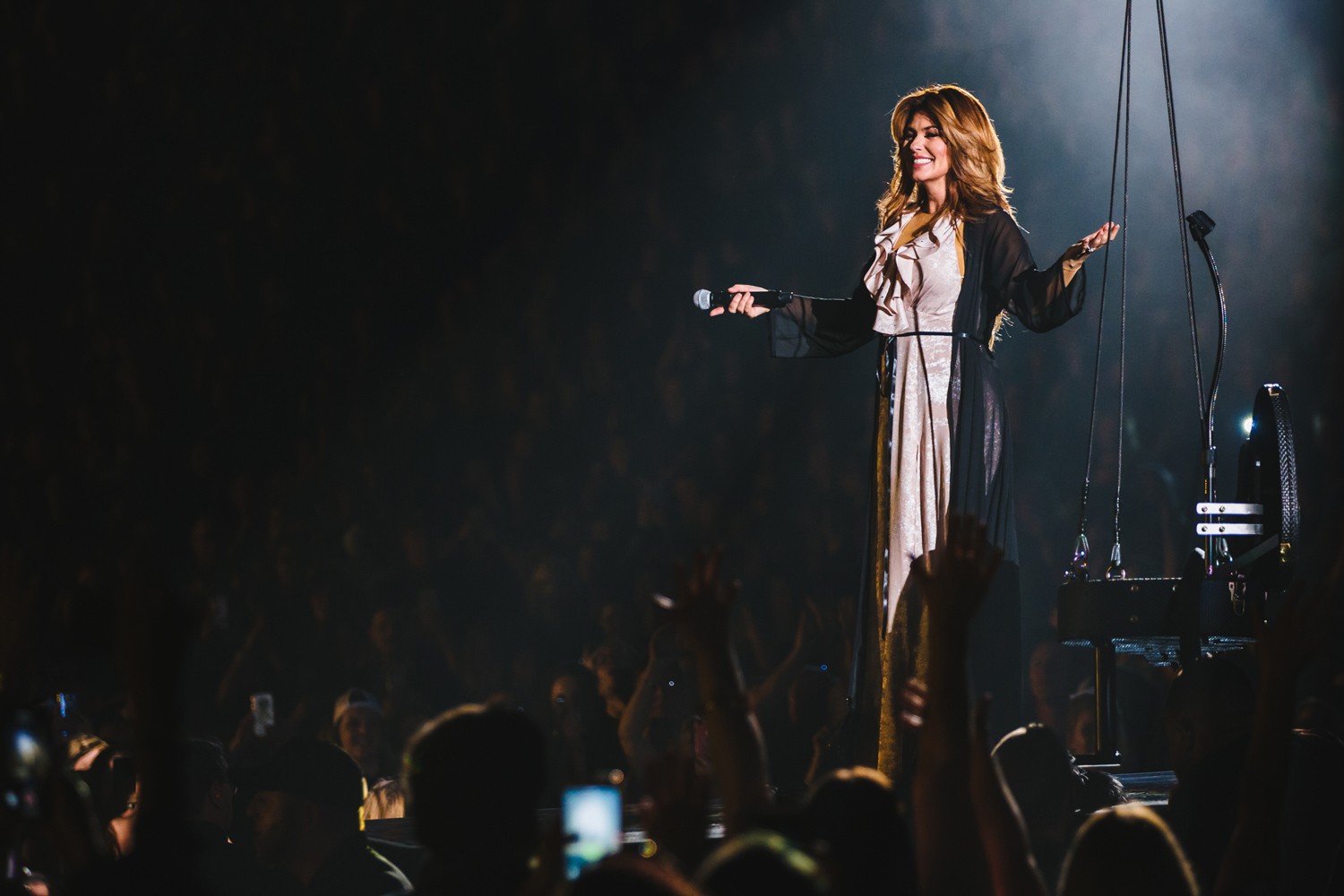 If your knowledge of Shania Twain, like mine, has a chronological black hole between Twain’s “Broad City” cameos and the lyrics to “That Don’t Impress Me Much,” consider that Twain didn’t make a record for 15 years. At the peak of fame, Twain retreated for a while; contracted Lyme disease and a vocal-cord disorder; became a mother; divorced her longtime songwriting partner, Mutt Lange, in a tabloid-feeding web of extramarital affairs; and then announced that she’d star in a lavish Caesar’s Palace show — one with live horses, a sea of gown changes and a stunt where Twain flew through the air on a motorcycle. Now, it’s “Now,” the tour in support of Twain’s 2017 release, and a return to the world of country music she helped shape in the ’90s with pop feminist(ish) anthems like “Man! I Feel Like a Woman.” Bastian Baker, a Swiss native that Twain discovered when she heard him at the Montreaux Jazz Festival, opens the show. SS 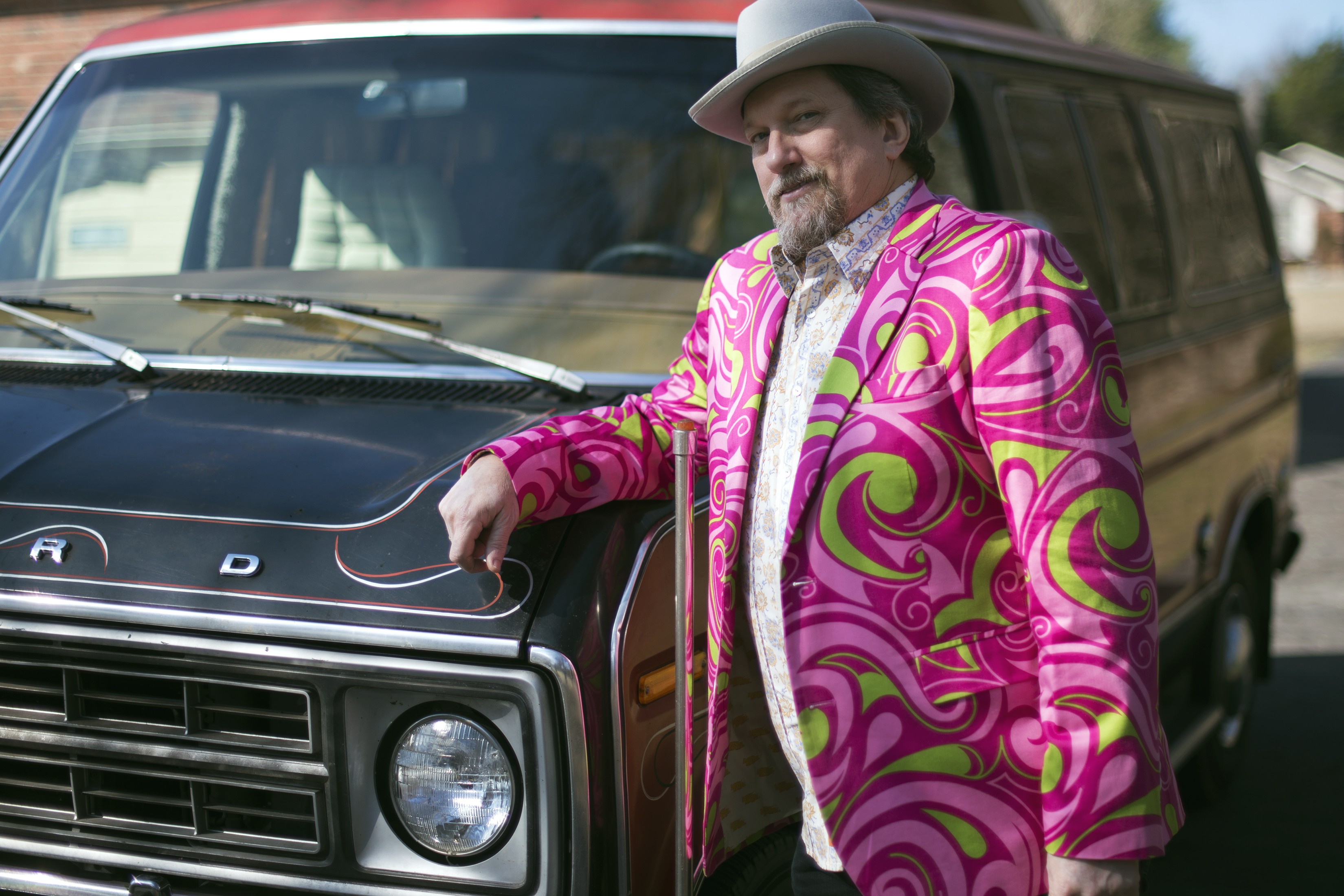 When Jerry Douglas isn’t donning a three-piece suit and a western bolo bow tie to peddle the Flatt & Scruggs gospel with his bluegrass supergroup Earls of Leicester, he’s doing furious and unimaginable things on the Resonator, proving why he’s considered one of the best — actually, probably the best — dobro players in the world. What’s more, he’s managed to meld that traditionalist sound with horns and jazzy chord changes: As the Earls of Leicester are to Del McCoury and Bill Monroe, the Jerry Douglas Band is to Chick Corea and Medeski, Martin & Wood. Check out “Cavebop” from the band’s latest, a blueprint for how the band manages to showcase Douglas’ dizzying technique while still proving its telepathic mettle as an ensemble. Douglas, with a sideman session discography that an archival project numbers somewhere around 1,600 albums, has managed to surround himself with players brilliant enough to keep up with him, and that’s bound to make for a mesmerizing live show. This one’s presented by the Oxford American, a midseason addition to the magazine’s lineup of concerts at the adjacent South on Main. SS