On July 4, Adia Victoria tweeted about being recognized in the candy aisle of a Walgreen’s. The script went like this: “man: you’re adia victoria./me: *clutches armful of haribo gummi bears* yes./man: i heard you on the radio tell everyone in nashville they’re gonna die one day./me: guilty. #PRtrainingneeded.” So, look, when another transmission from Victoria’s account a few days later evokes a kinship with Robert Johnson that, from anybody else, might well elicit an internal skeptical eyebrow emoji, it doesn’t. I believe her. Victoria’s music (which is to say nothing of her extramusical projects; dig her stellar animated film series, “howdoyoudo,” for example) reads sonically as far removed from traditionalist blues, but it’s nevertheless cut from the same clear-eyed, incisive cloth as Johnson and Skip James and Scrapper Blackwell. And Johnny Cash! And Nina Simone, for that matter, another Carolina wailer too often typecast as sullen and bitter — and one who grew up about 20 minutes away from Victoria’s South Carolina birthplace, Campobello. Victoria sold out the White Water Tavern last February. I’ve no doubt that, especially as prefaced yet again with a set from our own poet/photographer/multi-instrumentalist Joshua Asante, you will understand exactly why. 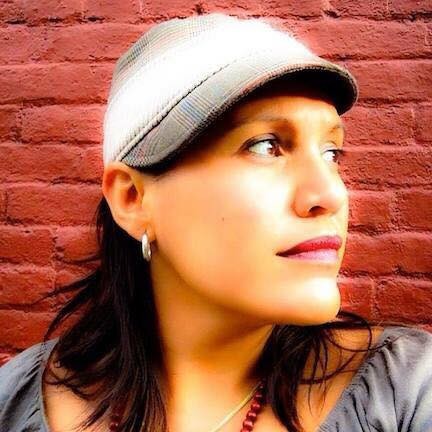 Kai Coggin’s 2014 deeply feminine, sometimes political, often erotic “Periscope Heart” is 125-some-odd pages long, and it’s mostly love letters. “Valentine for a Vacant Womb,” a love letter to a future child and a sort of less twee cousin to Loudon Wainwright’s “Dilated to Meet You,” enumerates the phases and wonders of gestation: “I am readying a temple inside ((my vacant womb)) lighting a single candle, turning poems into lullabies, painting the ceiling with clouds, shifting weight on my hips back and forth like a constant ocean, thinking of what name I will call you that means: EVERYTHING.” There’s a love letter to a new spark kindled by a chance meeting, “Moment (for Joann)”: “she swallowed my heart for an instant, tasted the fruit of me in a lingering handshake, then planted the seed of who I am, back inside me to me flourish … .” There’s an ode to Maya Angelou written on the morning of her death, a love letter to an abuelita sitting nearby on a plane ride, a love letter to the woman in the “constant ‘before’ picture” with “thick tree-trunk thighs” and a “monolith head that can be seen from space.” There’s a love letter to the narrator’s 17-year-old self — “a chubby girl — almost a woman, a closeted maybe young lesbian” playing the part of Jesus in front of 2,000 people at a Catholic church group youth conference, miming a Messianic redemption to the tune of “Total Eclipse of the Heart.” I’ve yet to read the Houston-by-way-of-Bangkok, Thailand, educator’s book “Wingspan,” let alone “Incandescent,” her forthcoming collection from Sibling Rivalry Press, but I presume she’ll read from both at this newish poetry series at Guillermo’s. Expect to be moved; Coggin’s words impart heat on the page and fire in the vocal delivery. 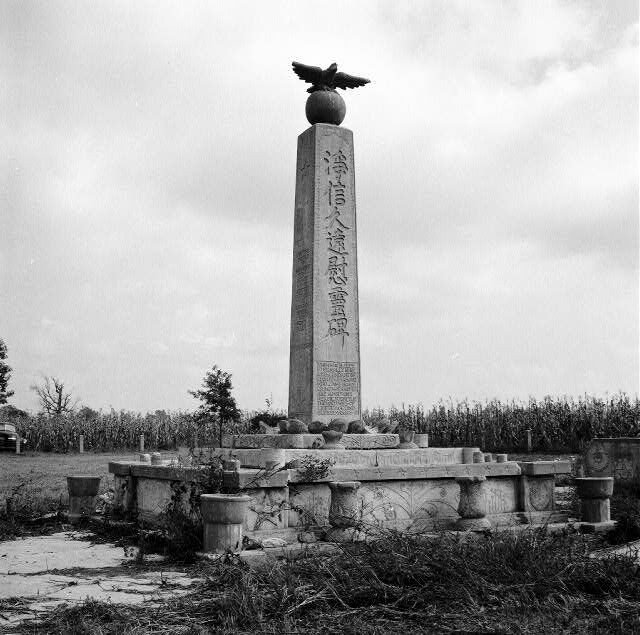 “We were so scared after Pearl Harbor that we let our fears get the better of us. Sometimes that’s the ultimate victory in an act of terror. It’s what they do to your mind and your heart.” Those are the words — spoken by President Bill Clinton — that open the trailer for “Relocation, Arkansas,” a film about the incarceration of 120,000 Japanese people in Arkansas during World War II and the lives they led as exiles in a state already rife with a history of racial tension, violence and segregation. It’s also about the generation born after the Rohwer and Jerome internment camps in Arkansas closed, the complicated experience, in one interviewee’s words, of visiting “where we had been involuntarily such a long time ago,” and about the serendipitous preservation efforts of Rosalie Santine Gould, the longtime mayor of McGehee, who opened her home to former camp prisoners who wished to view the extensive camp art collection she’d acquired from a bequest. Rohwer native Vivienne Schiffer’s “Relocation, Arkansas,” funded by the Department of Arkansas Heritage, the Arkansas Humanities Council, the National Endowment for the Humanities and by private foundations and donors, explores this bitter corner of Arkansas’s racially divided history with a timely screening at CALS Ron Robinson Theater. 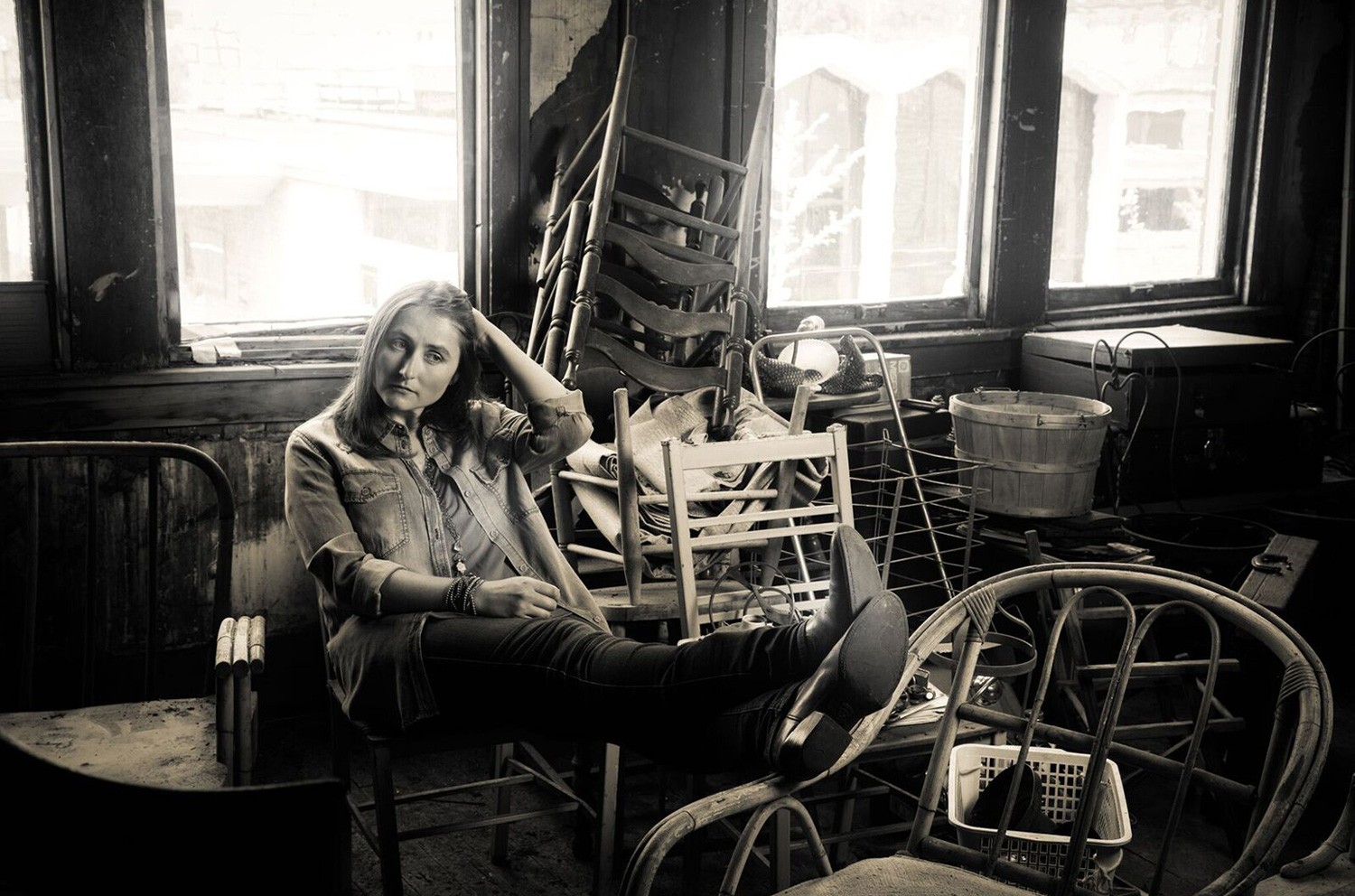 Inspired by the likes of William Faulkner and “Murder, She Wrote,” Conway native Erin Enderlin sent a bunch of songs out into the world as an aspiring country songwriter. One of them came back to her — in Alan Jackson’s voice. Enderlin was on her spring break as a senior at Middle Tennessee State University when she got word that Jackson had cut her song “Monday Morning Church” with Patty Loveless. Since then, she’s moved to Nashville where, in her earlier years, she’d hear an up-and-coming Chris Stapleton through the air conditioning vents in the building they both occupied. Maybe there was something in the tap water. Enderlin channels Emmylou Harris and Matraca Berg at turns with a plaintive soprano, a knack for turning phrases like “Last Call” on their heads and an understated — but nevertheless commanding — stage presence. She’s here as part of the 2nd Friday Art Night festivities, which, if her career path continues its current trajectory, means this could be a rare chance to hear her in her native Central Arkansas for free; don’t miss it. Old State House Museum exhibits “A Piece of My Soul: Quilts by Black Arkansans” and “Cabinet of Curiosities: Treasures from the University of Arkansas Museum Collections” will be up for viewing, Core Brewing Co. will serve Arkansas-crafted beer, and light snacks will be on hand. Metered parking near the hotel is free after 6 p.m., and the museum can validate your parking at the DoubleTree Hotel. For more on other 2nd Friday Art Night happenings around town, see Leslie Newell Peacock’s Art Notes column on Page 28. 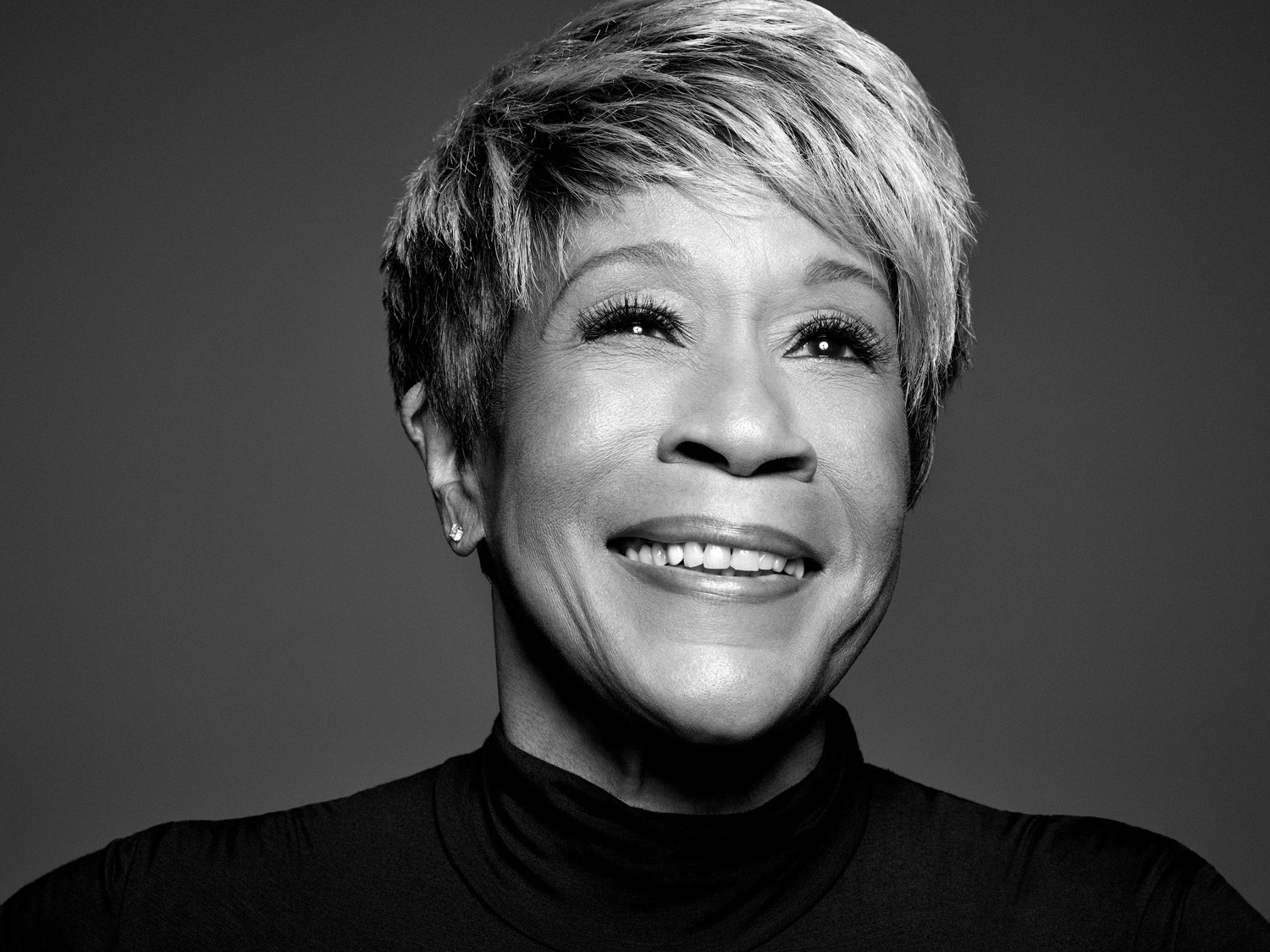 In a May interview with NPR’s Don Gonyea, Betty LaVette captured a bit of why we might not know her name as well as we do those of her peers, like Aretha Franklin, perhaps. The soul music industry in the ’60s, LaVette said, “started off by trying to make me sound like a girl, which really played me out of position. I really thought at one point I could sound like Doris Day, and it took me a long time to accept the fact that I sound more like James Brown.” For some, she may still be considered a “musician’s musician,” but at 72, the Motown-era siren is charming audiences with a svelte contralto, physicality that belies her age and sharply potent phrasing. Dig her rendition of Bob Dylan’s “Things Have Changed” from an April session at Paste Studios for an example of how someone else’s song is transformed in her able hands. Clarksdale, Miss., boogie-woogie pianist Lala Craig opens the show. 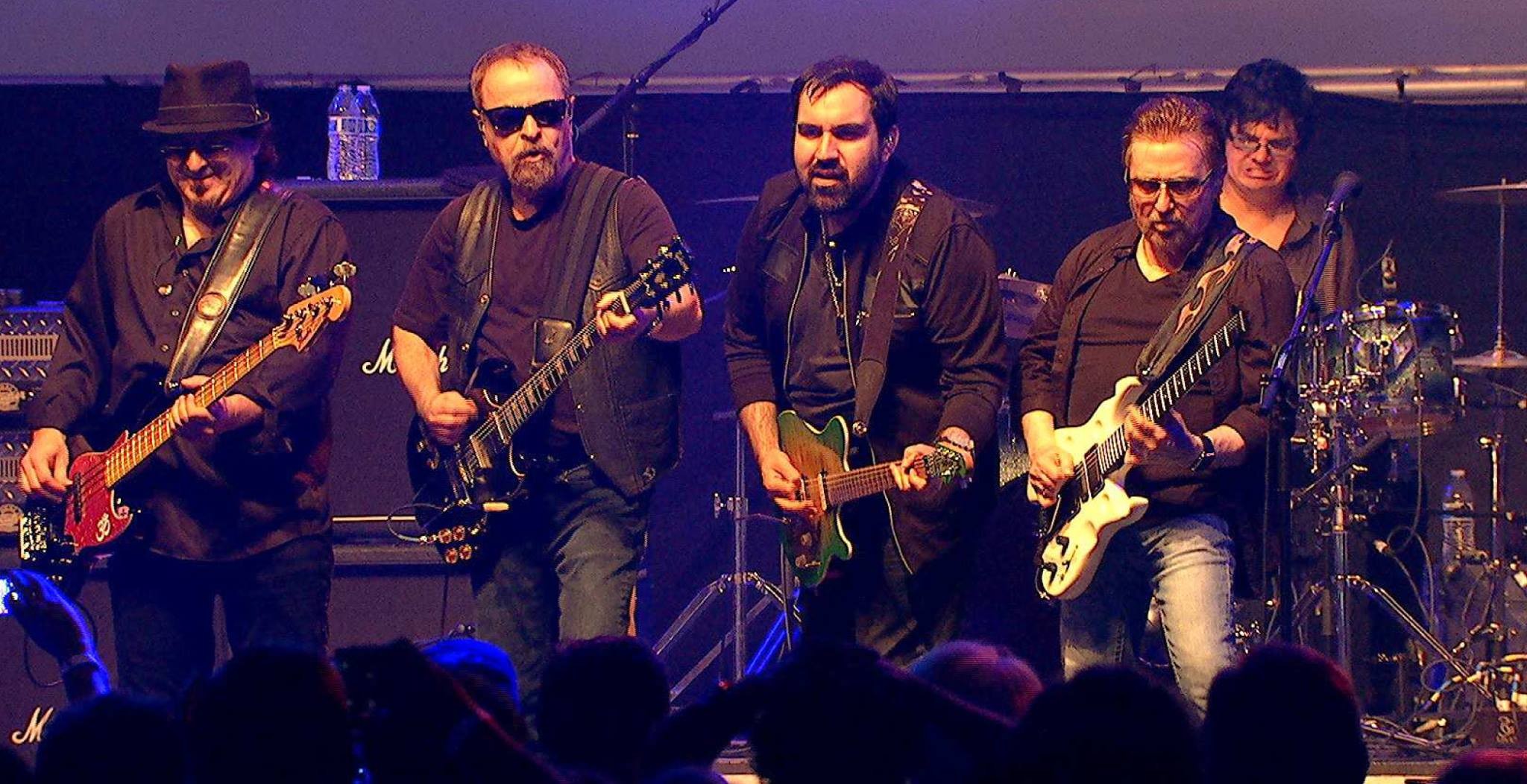 What I wouldn’t give if I could trade in all the times “Slow Ride” and “Burnin’ For You” were played on the classic rock radio station of my youth (now 93.3-FM, KIGL “The Eagle”) in exchange for deeper cuts from Foghat and Blue Oyster Cult. Not that those songs aren’t solid jams; they are! How my mind would have been blown, though, by “Astronomy,” with its revisionist extraterrestrial-guided history, or even “Chateau Lafitte 59,” which would’ve been my grittier alternative to the squeaky-clean boogies of its time — “Crocodile Rock,” for one. If there’s a throwback show to catch this season, this is it, especially for fans of “Heavy Metal,” weirdo ’70s space rock, and anyone willing to raise their cans of beer on high to the tune of “Golden Age of Leather” from within the walls of a water park. Ticket options for Magic Springs are a bit of an enigma, so make sure and suss out your options for park passes (required) at magicsprings.com beforehand. 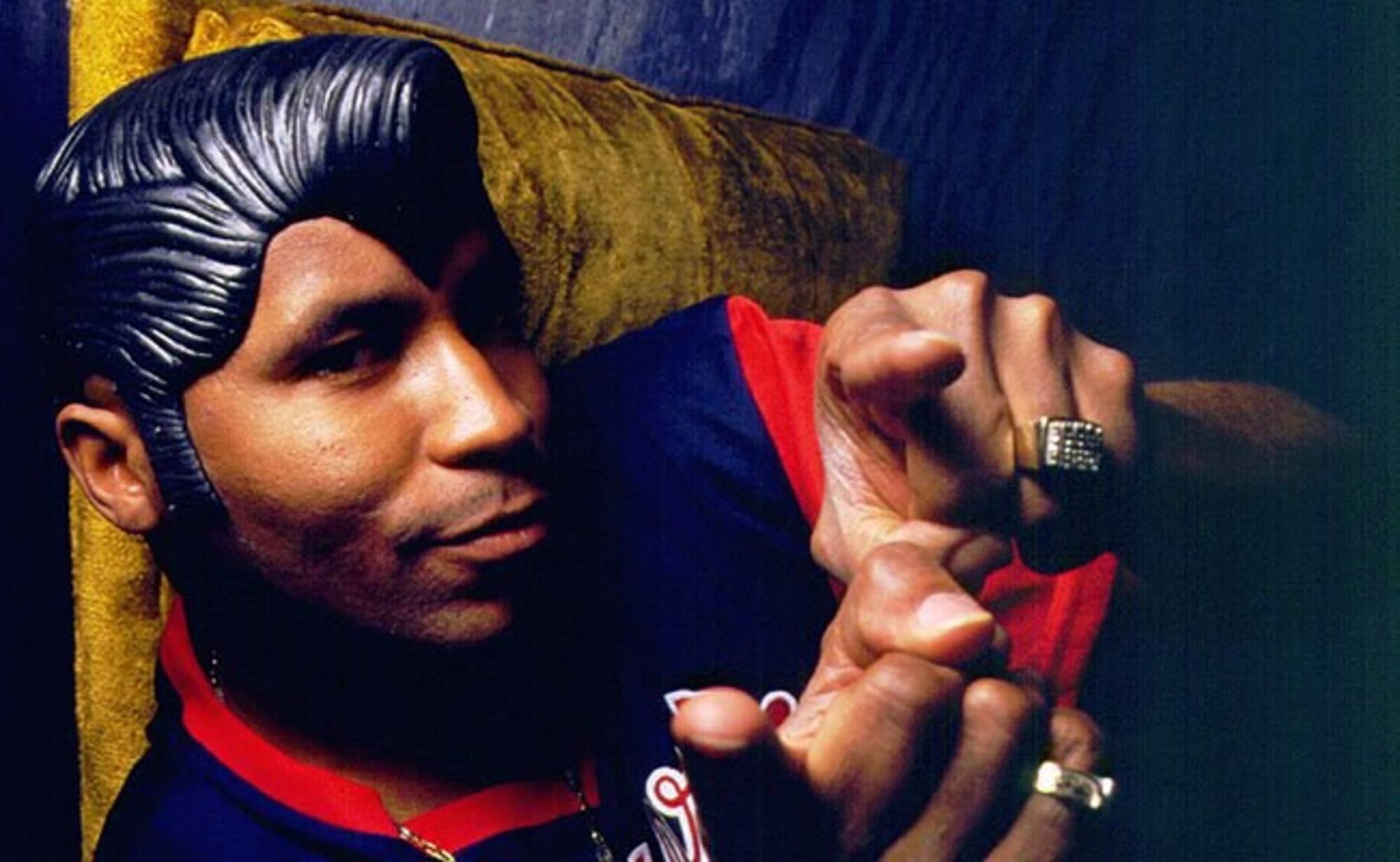 Kool Keith, hip-hop provocateur of a million aliases, is back with another project under the Dr. Octagon moniker, and this show is gonna make us all remember how gloriously slimy and weird ’90s radio could be. With turns of phrase that drew from sci-fi and horrorcore, medical anomalies and scatology, Kool Keith’s bizarro violins and spooky grooves were those born of an outlier, better suited on a playlist with Cibo Matto and Flaming Lips than alongside their peers in the rap milieu. “Moosebumps: An Exploration Into Modern Day Horripilation” is the first under the Dr. Octagon moniker in 22 years, and the lyrics are layered and clever enough that a spin (or five or 10) of the album before this show at Stickyz won’t spoil all their filthy wordplay strata: “Frank Fallujah see inside pink fuschia/DNA drop the birth control on computer/You wait for X-rays having sex with a neck brace/She on the autobahn speeding with a tampon/Hexagon, pulling over whilst she drinking a john/I’m Don Juan, catching panties like Lynn Swann.”

A prop piano used in an iconic scene in Jane Campion’s 1993 acclaimed movie sold to an anonymous buyer for $1,000 New Zealand dollars in 2016. It had no working parts, was from a 23-year-old film and wasn’t even the instrument Holly Hunter’s character Ada is seen playing — and pining for — over the course of the movie (that is to say, the one the actor herself played: Hunter performed all her own piano pieces in the movie, in addition to serving as sign language teacher to her young colleague, Anna Paquin). The interest in the prop piano, though, is a testament to the way images from Campion’s “The Piano” were etched into audience’s memories; the juxtaposition of that symbol of European parlor culture against the surrounding expanse of gray sand and foggy cliffs, the way a wordless Ada would use it as a stand-in for her absent speaking voice, the way she would bargain for it with carefully meted pieces of her sexuality. Those iconic images added up to “The Piano,” the film that made Campion the first and only woman director in history to win the Palme d’Or at the Cannes Film Festival. The tale stoked fiery conversation among feminists for its themes of power, imperialism, misogyny and eroticism. It still thrills and disturbs, 25 years later. We’ll screen it as part of the Arkansas Times Film Series this month in partnership with Film Quotes Film and Riverdale 10 Cinema. Stick around after and tell us whether, for you, it’s a “feminist” piece or far from it. 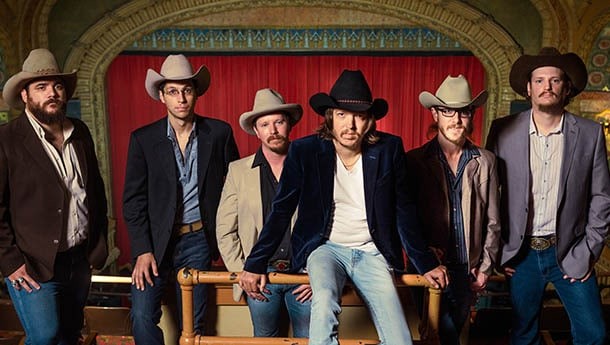 MIKE AND THE MOONPIES

If, like me, you like your barroom country best when it leans bluegrass and bolo tie, this one’s for you. Check out the video for Mike and the Moonpies’ “Road Crew,” a brisk rockabilly shuffle with a mean pedal steel solo, twin electric guitar harmonies and a big rig braggadocio that’d make Commander Cody and His Lost Planet Airmen proud. It’s country music at its cleanest and crispest, and it’s bound to make the White Water Tavern feel like it should have swinging louvered saloon doors, if just for the evening.